You've subscribed to ISI Guides to the Major Disciplines! We will preorder your items within 24 hours of when they become available. When new books are released, we'll charge your default payment method for the lowest price available during the pre-order period.
Update your device or payment method, cancel individual pre-orders or your subscription at
Your Memberships & Subscriptions
There was an error. We were unable to process your subscription due to an error. Please refresh and try again. 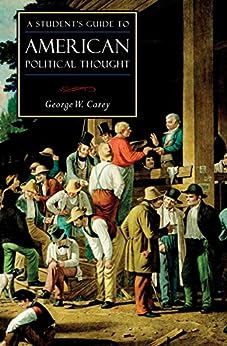 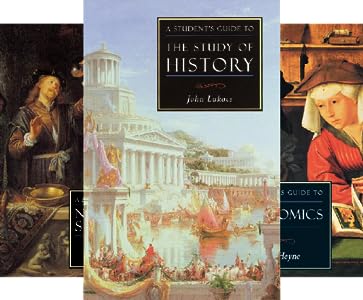 George W. Carey was professor of government at Georgetown University. He was the author and editor of several works including In Defense of the Constitution, Freedom and Virtue, and A Student’s Guide to American Political Thought. Dr. Carey also served as editor of the Political Science Reviewer, an annual review of leading works in political science and related disciplines. In 2003, he was awarded the ISI Regnery Award for Distinguished Institutional Service.

Paul D. Frazier
4.0 out of 5 stars An explanation of Intercollegiate Studies Institute (ISI) (from Wikipedia).
Reviewed in the United States on September 29, 2020
Verified Purchase
An explanation of ISI (from Wikipedia).
Intercollegiate Studies Institute operates ISI Books, which publishes books on conservative issues and distributes a number of books from other publishers.
The Intercollegiate Studies Institute (ISI) is a nonprofit educational organization that promotes conservative thought on college campuses.
It lists the following six as its core beliefs: limited government, individual liberty, personal responsibility, the rule of law, free-market economics, and traditional Judeo-Christian values.
ISI was founded in 1953 by Frank Chodorov with William F. Buckley Jr. as its first president.
The organization sponsors lectures and debates on college campuses, publishes books and journals, provides funding and editorial assistance to a network of conservative and libertarian college newspapers, and finances graduate fellowships.
Focus is largely on the humanities and the foundations of Western culture and its challenge by left-wing progressivism.
Read more
Helpful
Report abuse

VA Duck
4.0 out of 5 stars Political Focus
Reviewed in the United States on June 1, 2012
Verified Purchase
This booklet (114 pages in paperback) is a survey of critical concepts in political science and specifically American political philosophy. It is thought provoking and insightful. Especially well written - Professor Carey deftly walks a tightrope between often competing schools of thought without emphasizing an author's favorite. My read did not reveal a "correct" way of political thinking, or discover the yearned-for "intentions" of the founders. Rather, the survey points out competing philosophies and their roots. Where Madison, or Hamilton reveal their thinking in The Federalist for example, or Marshall or Story theirs from the Court - we get a glimpse of some of the facets of the founders ideologies. And even then we are shown contemporary, competing (often opposing) philosophies of government & governance.

Each of twelve sections ends with a reading list of what Professor Carey considers the most important writings on the topic. It is as its title says a, "Student's Guide" introducing critical topics, terms, and concepts and then pointing the way for further reading. Highly recommended if you have interest in the American Political Tradition, the country's founding principles, or perhaps more importantly, to help you to better understand the principles, priorities and motivations of whatever political philosophy challenges your own.

Brett Williams
5.0 out of 5 stars Outstanding
Reviewed in the United States on June 17, 2005
Verified Purchase
Carey may be peerless in the ample insight he supplies concerning our Founder's intent. This short historical survey of American political thought processes and their conclusions provides a first-rate foundation for the neophyte, or the advanced, pigeonholed in some specific corner of law or politics - quite suitable for the harried American. Though Carey holds a position (and after all what is education if not a search for the right answers?) he is remarkably adept at presenting other sides without torpedoing their thesis. But he doesn't need to, as that is done by carefully reading The Federalist. However, were it not for books like this, revision - conservative or liberal - would have a free hand, putting words in the Founder's mouth, or obfuscating what can be complex Founding issues, not so much through the inertia of these concepts but by their subtleties. Unlike science where erroneous understandings are rejected by nature or refined analysis, these subtleties are what makes the Founding intent a minefield, more open to alteration. Unfortunately, English has not the precision of mathematics, but Carey points us to clarification from the Founders and they're reasonably clear, most often crystal.

Right from the beginning Carey sets the table: "On what principles is the government based? How is authority allocated within it? What is its primary purpose? Are there limitations to its powers? How can it be altered? On what assumptions about human nature is it based?" Past civilizations were "ordained by the gods" or "given by a mythical lawgiver," but America's Founding was a reasoned struggle, not only at the Convention but over decades of debate and State testing, resulting in the "will of the people," not a god. The Federalist as defense of the proposed Constitution addressed these matters. It is, though, a "nuts and bolts" approach, writes Carey, not an extensive theoretical or philosophical treatise - practical vs. idealistic. And this is where much political thought separates from The Federalist, attempting to redraft its meaning to satisfy "the way things ought to be" regardless of what works. An example follows fifty years after our most lethal war with resulting elevation of the Lincoln era, retroactively recasting the Constitution in light of our Declaration through Lincoln's moving speeches, making rights and equality paramount. For such interpretations, writes Carey "...democracy is primarily government `for the people' not necessarily `by the people'," bearing "a close relationship to those [ideals] that inspired the French Revolution." The Constitution is then judged by how well it lives up to The Declaration. But Carey argues it does live up to central themes expressed there and is a continuation of the same political thought - once again by reference to The Federalist - just not the way revisionists want it to be.

Reading the Constitution cold is likely to leave one under-whelmed, but Carey transforms it. Like lifeless mathematical equations as abstract markings on paper, grasping their meaning and implications converts them to revelation, lifting them from the page to fly. Carey does this for the Founding, through him our Founders nearly live again. But based on our mutilation of their intent they'd probably rather be dead.
Read more
15 people found this helpful
Helpful
Report abuse

nate
5.0 out of 5 stars perfect
Reviewed in the United States on August 25, 2013
Verified Purchase
arrived within a couple days and had plenty of time to be ready for school to start. the book was in great condition i had no problems at all.
Read more
Helpful
Report abuse
See all reviews