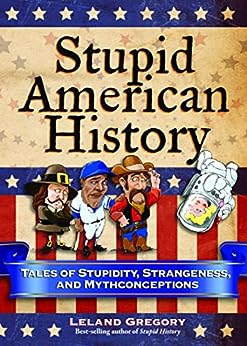 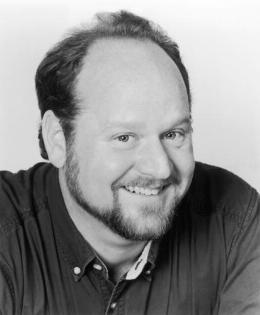 America is the home of the brave and, apparently, the stupid and gullible. Satirist Leland Gregory teaches us a lesson in historical hilarity with Stupid American History.

From Columbus to George W. Bush (that's a lot of material, people), Leland leads us through American history's mythconceptions, exposing idiocy and inanity along the time line. He reeducates by informing us about myths. For example, Samuel Prescott actually was the guy to alert us that the British were coming and not that Paul Revere dude.

Move over Colbert and Stewart; satire has finally found its rightful place in American history.

Excerpt from the book:

"John Tyler was on his knees playing marbles when he was informed that Benjamin Harrison had died and he was now president of the United States. At that time marbles was a very popular game for both children and grown-ups."

For reasons still unknown, Texas congressman Thomas Lindsay Blanton, a Presbyterian Sunday school teacher and prohibitionist, inserted dirty words into the Congressional Record in 1921. His colleagues overwhelmingly censured him on October 24, 1921, by a vote of 293-0."

Leland Gregory has authored more than a dozen humor titles including What's The Number for 911?, Stupid History, and the New York Times best-sellers America's Dumbest Criminals and Stupid American History. A tireless promoter, he has made hundreds of radio and television appearances, including multiple appearances on NBC's Today show. Leland lives in Nashville, Tennessee. --This text refers to an out of print or unavailable edition of this title.

Leland Gregory is the New York Times Bestselling author of "Stupid American History" and "America's Dumbest Criminals." He is also author of the National Bestsellers, "The Stupid Crook Book," "What's The Number for 911?" and "Stupid History." Leland is a former writer for Saturday Night Live, has written and sold a screenplay to Disney, optioned a screenplay to Touchstone and has written for a variety of magazines from Readers Digest to Maxim. A tireless promoter, he has made hundreds of radio and television appearances, including multiple appearances on NBC's Today show. Leland lives in Nashville, Tennessee.

Allison
3.0 out of 5 stars An enjoyable book...until the big glaring error!
Reviewed in the United States 🇺🇸 on June 23, 2011
Verified Purchase
I was really enjoying this easy read of random trivia (which is just my sort of thing - miscellaneous bits of useless knowledge), until I came across one particular entry.

"It may sound like a tragically ironic myth that on the night the Titanic sank they were showing the film The Poseidon Adventure, about a group of people trying to stay alive after their ocean liner capsized. But it's true. Two films were scheduled during the voyage and both had nautical themes: The 1911 movie The Lighthouse Keeper starring Mary Pickford played on the evenings of April 12 and 13, and The Poseidon Adventure, directed by D.W. Griffith, played on April 14th. The movie began at 11 p.m. and people were so enthralled by the action, they didn't notice their ship jolting when it hit the fatal iceberg forty minutes later."

I thought that was ludicrous.

I did some quick research of my own. In 5 minutes I learned:
1. The was a very prolific director named D.W. Griffith, but IMDB does not say he made any movie called The Poseidon Adventure.
2. Netflix carries no film named The Poseidon Adventure made prior to 1972.
3. Wikipedia says the novel The Poseidon Adventure on which the movies are based wasn't published until 1969.
4. Snopes has a page verifying it as a true story, here: [...] first link at this page, you see what appears to be an IMDB page confirming The Poseidon Adventure was made my D.W. Griffith. [...]
6. If you click the second link on the original Snopes page, you find a disclaimer that this is in fact a fake, put there to keep people on their toes. [...]
So in less time than it's taken you to read this post, I learned that the book was wrong. This indicates the author, the publisher, and the editor did not take even the bare minimum amount of time to double check their claims. What else in the book is wrong? How can I believe anything else published here?

Despite this glaring error that discredits the author's work, I did enjoy the book. It was a fun and easy read and some of it might even have been true.
Read more
4 people found this helpful
Helpful
Report abuse

Cynthia K. Robertson
VINE VOICE
4.0 out of 5 stars Interesting and fun...
Reviewed in the United States 🇺🇸 on September 17, 2009
Verified Purchase
I saw Stupid American History: Tales of Stupidity, Strangeness, and Mythconceptions by Leland Gregory advertised by Amazon. I just couldn't resist. This is a light and entertaining book, made better by the many facts and stories that were new to me.

Gregory provides us with lots of small tidbits and minutia about all facets of American history. There are tales about presidents, wars, famous people, terminology, names, places, etc. Some facts are lightweight. All presidents sporting beards have been Republicans and "Richard M. Nixon was the first president nominated for a Grammy Award." Some are more startling. Women "were not given the right to sit on all juries in all fifty states" until 1973. One shocking fact that was new to me was that former President John Tyler's death in 1862 was not formally recognized by the government. What was the reason for this? He served in the Confederate States of America Congress during the Civil War. He even had a Confederate flag covering his casket.

Whether or not you're a history buff, you'll find Stupid American History a fun read.
Read more
One person found this helpful
Helpful
Report abuse

Bob Allen
3.0 out of 5 stars Stupid American History...
Reviewed in the United States 🇺🇸 on January 31, 2011
Verified Purchase
The book is amusing -- I'm glad that I got it as a free Kindle edition. Some of the facts are incomplete at best, if not mostly wrong, and that does cast doubt on the whole book. For instance, the claim that John Adams and Thomas Jefferson did not die as friends because Adams claimed that Jefferson copied the Mecklenburg Declaration of Independence when writing the 1776 US Declaration of Independence. While Gregory does acknowledge that the authenticity of the Mecklenburg Declaration is still in question, he does not acknowledge that Adams almost certainly quickly agreed with Jefferson that the Mecklenburg Declaration was of dubious authenticity. And from reading other histories, it does seem clear that while there was healthy competition and perhaps even mutual jealousy between Adams and Jefferson throughout their lives -- even, at times, breaks in their friendship -- they had resumed their correspondence in the latter years of their lives and died as friends.

The book would be a bit easier to read if the events were in chronological order rather than in a seemingly random order.

The Kindle version is a bit awkward to read as the typeface changes from story to story. And, when trying to go back to a section that I've highlighted or on which I made a note, the Kindle app for iPhone takes me to the general area but I have to page forward or backward to find the correct spot -- but, both problems are problems with the Kindle edition or the Kindle app, not with this book.
Read more
Helpful
Report abuse

jcoon
5.0 out of 5 stars Completely amusing and most of the time interesting
Reviewed in the United States 🇺🇸 on March 24, 2011
Verified Purchase
So here is a confession about me. I am a wee bit of a dork. I absolutely love history. With that said I jumped on the opportunity to read Stupid American History: Tales of Stupidity, Strangeness, and Mythconceptions by Leland Gregory. I absolutely loved reading this and finished it in about 2 days. This book is full of little facts that make you think about what really happened in our past and what is happening now that will be looked at in another 100 years as stupid, strange or as myths.
My only negative comment about this book is not really a negative comment at all. Some of the facts seemed a little too out there. I would love to see how Leland Gregory researched these facts. Where did he find his information?
If you are one of those people who always liked the Kennedy-Lincoln coincidences then you will love this book. At minimum it is worth a read for the laughs you will get at some of our countries past-leaders

If you like my review and want to read more of them I have a blog chronicaling my first year with my Kindle. I would love your suggestions and comments. Check out my profile for the website.
Read more
3 people found this helpful
Helpful
Report abuse
See all reviews
Report an issue
Does this item contain inappropriate content?
Report
Do you believe that this item violates a copyright?
Report
Does this item contain quality or formatting issues?
Report