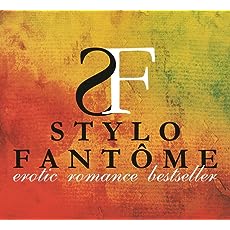 Crazy woman from an undisclosed location in Alaska (where the need for a creative mind is a necessity!), I have been writing since ... forever? Yeah, that sounds about right. I have been told that I remind people of Lucille Ball - I also see shades of Jennifer Saunders, and Denis Leary. So basically, I laugh a lot, I'm clumsy a lot, and I say the F-word A LOT.

I like dogs more than I like most people, and I don't trust anyone who doesn't drink. No, I do not live in an igloo, and no, the sun does not set for six months out of the year, there's your Alaska lesson for the day. I have mermaid hair - both a curse and a blessing - and most of the time I talk so fast, even I can't understand me.

Yeah. I think that about sums me up.
Read more 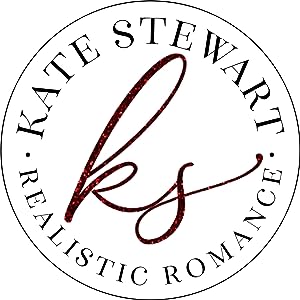 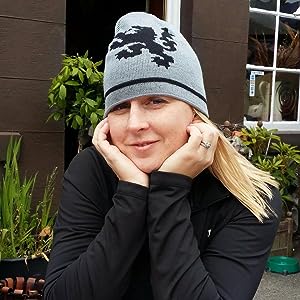 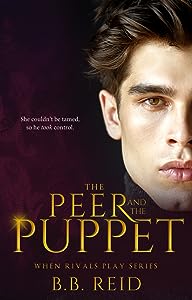 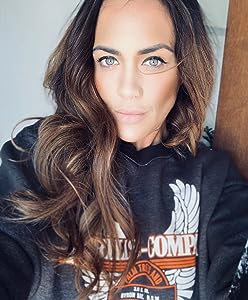 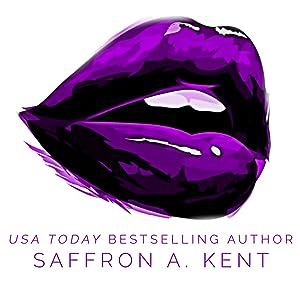 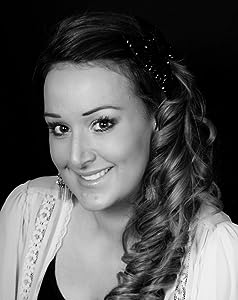 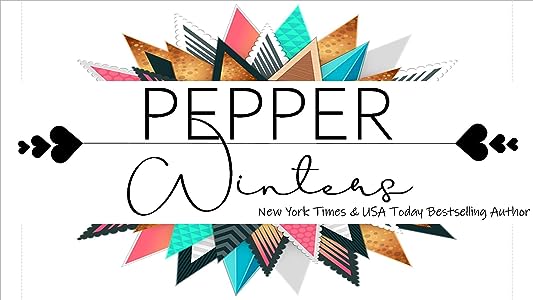 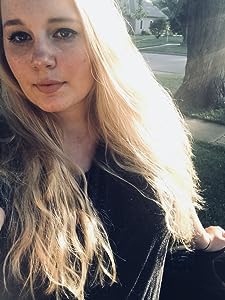 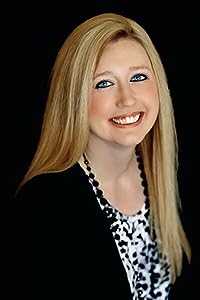 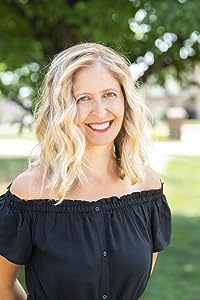 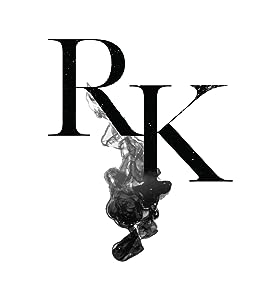 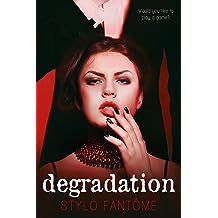 Degradation (The Kane Trilogy Book 1) Jul 20, 2014
by Stylo Fantome
( 446 )
$2.99
Eighteen year old Tatum O'Shea is a naive, shy, little rich girl. Twenty-three year old Jameson Kane is smart, seductive, and richer. They come together for one night, one explosion, one mistake, and Tate is hurled into space – no family, no money, and no Jameson.

Seven years later, life is going pretty good for Tate, when she runs into Jameson again. This time, she thinks she's ready for him. She doesn't have a naive bone left in her body, and she can't even remember what shy feels like. Jameson has evolved, as well – sharp words, sharper wit, and a tongue that can cut her in half. It all sounds like fun to a woman like Tate, and she is ready to play, determined to prove that she isn't the same girl he conquered once before. A series of games start, each one more devious than the last.

But as the line between games and reality becomes blurry, Tate quickly learns that Jameson has most definitely earned his nickname, “Satan”. Can she beat him at his own game before someone gets hurt? Or will he leave her soulless, making him the winner, once and for all? 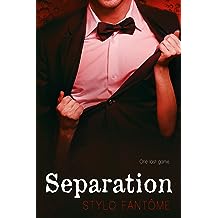 Separation (The Kane Trilogy Book 2) Sep 19, 2014
by Stylo Fantôme
( 328 )
$2.99
Everything is fun and games until someone gets hurt, and what Jameson Kane did to Tatum O'Shea goes so far beyond hurt, he is well into the realm of unforgivable. Tate says she wants him gone for good, and he quickly learns that the old saying, “you don't know what you've got 'til it's gone”, is most definitely true.

But Jameson has never been very good at following instructions, and when Satan decides to seek redemption, he'll go to great lengths to get it. He proposes one last game – one to end them all, if she agrees to play. He is very confident that he can win, but Tate warns him that it's not possible; she will not lose again. Little does she know, Jameson is prepared to do whatever it takes. Prepared to lay the entire world at her feet. Prepared to bear his soul.

What he didn't count on, though, was handing the damn thing over.

Now Jameson can only pray that his evil ways haven't rubbed off on Tate too much. Sometimes, it's very difficult to tell who the Devil really is …


WARNING: contains a semi-reformed devil, a woman scorned, and more Sanders than anyone has a right to witness. Also graphic sexual situations and strong language. 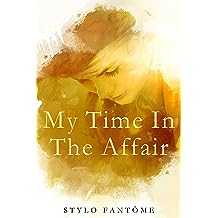 I made a conscious decision to cheat on my husband.

Now, before you judge me, hear my story. Hear how much I'm like you, how similar my thoughts are to your own. Yes, I'm a horrible person. Yes, I've done horrible things. Yes, I don't deserve forgiveness. Yes, bad things happened because of my actions.

But I'm willing to bet I've done things that maybe, just maybe, you have thought of doing.

Maybe, just maybe, you're not as innocent as you'd like to think. 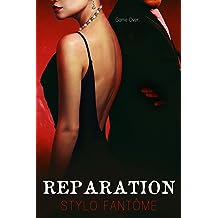 Reparation (The Kane Trilogy Book 3) Dec 6, 2014
by Stylo Fantome
( 293 )
$2.99
When Tatum O'Shea decides it's time for some payback, no one is safe from her new game - not even the devil himself. Tate is going to get her happily ever after, even if it means making everyone else unhappy in the process.

But a persistent Jameson, a meddling Sanders, and an amorous baseball player make it very hard for a girl to keep her focus, and suddenly it seems Tate has a few too many suitors for her fairy tale ending.

Sometimes, it's very difficult to tell who Prince Charming really is ... 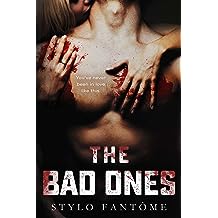 Sometimes, it's dirty and wrong, buried six feet deep in a secret place where only wild things dare to go. Hidden behind a big black curtain that covers things no one should ever see.

Sometimes it happens between two people who should never be allowed to come together. One who is a match, and the other who just happens to be gasoline.

One strike is all it takes to burn the whole world down, and that's exactly what they plan on doing.

Even if it kills them. 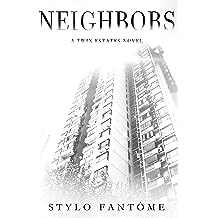 2. Let you borrow his lawnmower

3. Water your plants while you're on vacation

4. Make your eyes roll back in your head

Katya Tocci has never paid much attention to who lives next door - her career always kept her too busy. She's a good girl, working her way to becoming the most sought after cake designer in all of San Francisco.

But even a good girl's gotta cut loose once in a while, right? So one fake dating profile later, and she's ready to tarnish her squeaky clean image. Little does she know, her fun time is closer to home than she ever imagined.

Throw in a neighbor who wants to corrupt her, and another who just wants to own her, and her entire world is flipped upside down.

Who knew neighbors could be so helpful?
Read more
Other Formats: Audible Audiobook , Paperback , MP3 CD 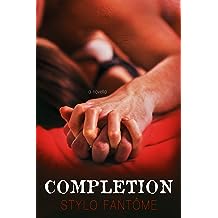 Some name calling, a lot of fighting, and even more loving.

For two years, Jameson Kane and Tatum O'Shea have made their relationship work. It might not work for anyone else on the planet, but it's perfect for them. Their own personal fairy tale.

But can Jameson give Tatum a true “happily ever after”? He's not sure.

Where would the devil go to buy a throne, anyway?

WARNING: contains little plot, a lot of sex, and was written for the author's own personal enjoyment. Also graphic sexual situations and sadomasochistic themes. 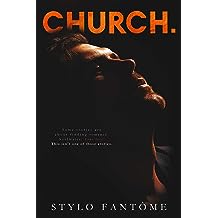 A beautiful face that hides a dark secret and an ugly past.

She would kill for him to love her.

He just wants to kill. 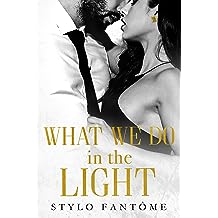 What We Do in the Light (Day to Night Book 2) Oct 14, 2019
by Stylo Fantome
( 100 )
$2.99
Just one month ago, Valentine O'Dell got her heart ripped out – yet another problem to add to her rapidly growing list. Between fighting to bring her sick grandmother home, searching for a new apartment after being evicted, and trying to figure out how exactly she's going to pay for everything, she doesn't have time to cry over a broken heart.

Then Ari Sharapov walks back in and tries to solve everything.

Ari may have gained a little more control in his life, but there's still one area he doesn't have a grip on – Valentine refuses to believe anything he says. Gone is the girl who wanted someone to take care of her, and in her place is a woman who's willing to take everything he has to offer, but without giving anything of herself in return. He's used to fighting battles in a courtroom, but convincing her of his feelings will be his biggest struggle yet.

Maybe it's time for this relationship to be brought to light.
Read more
Other Formats: Paperback 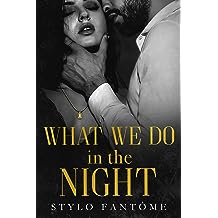 What We Do in the Night (Day to Night Book 1) Jun 21, 2019
by Stylo Fantome
( 153 )
$2.99
Just five months ago, Valentine O'Dell started working at a very special kind of club - one where you can dance the night away, or live out your greatest fantasy. She's learned to lose herself to her nights, forgetting all her day time woes as she charms every man she meets. It's easy enough to do when she doesn't let her feelings get involved.

Then Ari Sharapov walked in and changed everything.

Working for his father's law firm has left Ari with very little control over his life, so when he meets Valentine for the first time, he sees a girl who is desperate for someone to take care of her. To take over her. So what he can't get for himself in the day time, he'll simply take for himself at night. But when power struggles lead to real feelings, who's actually controlling whom?

Some relationships are better left in the dark.
Read more 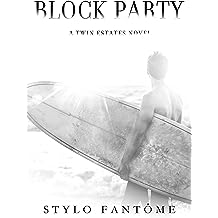 4. A secret spot to meet up with your even-more-secret girlfriend.

Liam Edenhoff is a simple creature. He likes women, tacos, and more women. As long as he has those in his life, everything is good. He's finally realizing maybe he's just not cut out for relationships - surely there's got to be a woman out there who'd be okay with roof top margaritas, casual encounters, and no attachments.

Enter a new neighbor - one who is allergic to commitment and prefers her relationships casual. She's seen him at his worst and is still willing to play his games, on three conditions - discretion is a must, casual is key, and absolutely no drama. Sounds like the perfect arrangement. What could go wrong? 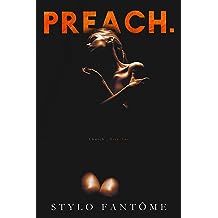 Church Logan wanted to kill someone, and Emma Hartley wanted to die - they were a match made in hell.

But one little cut, a pint or two of blood, and suddenly everything between them is different.

Are they still destined for greatness? Or has the darkness finally eclipsed them and torn them apart?

Looks like it's time for Church to practice what he preaches.