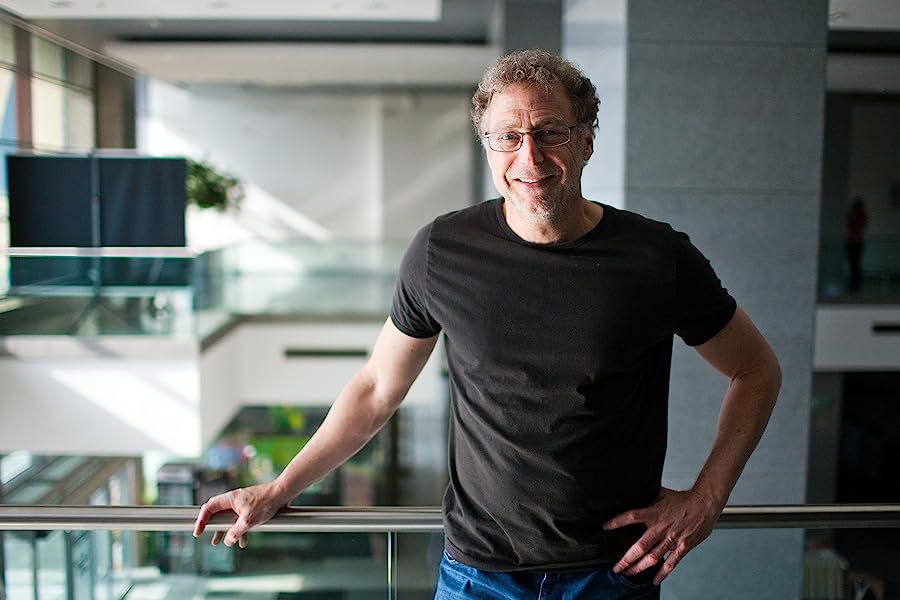 Subliminal: How Your Unconscious Mind Rules Your Behavior Paperback – February 12, 2013

“With great wit and intelligence, Mlodinow takes us on a sweeping tour of this [mental] landscape and the latest revelations in neuroscience.”
—The Huffington Post

“Mlodinow plunges into the realm of the unconscious mind accompanied by the latest scientific research . . . [with] plenty of his trademark humor.”
—Los Angeles Times

“Clever [and] engaging. . . . A popular-science beach book, the sort of tome from which cocktail party anecdotes can be mined by the dozen.” —The Oregonian

“Fascinating. . . . Shows how the idea of the unconscious has become respectable again.” —The Economist

“A must-read book that is both provocative and hugely entertaining.” —Jerry A. Webman, chief economist, OppenheimerFunds, Inc., and author of MoneyShift

“Leonard Mlodinow never fails to make science both accessible and entertaining.”
—Stephen Hawking, author of A Brief History of Time

“An assault against the idea that we control our decisions and our beliefs in the way that we think we do . . . . A useful addition to the growing body of work arguing convincingly against the idea of the rational human brain.”
—The Daily Beast

“Mlodinow thinks in equations but explains in anecdote, simile, and occasional bursts of neon. . . . The results are mind-bending.”
—Fortune

“Mlodinow argues his case persuasively and with humor.”
—The Montreal Gazette

“Mlodinow is the perfect guy to reveal the ways unrelated elements can relate and connect.”
—The Miami Herald

“This very enlightening book explores the two sides of our mental lives, with a focus on the subconscious or subliminal element. Drawing on clinical research conducted over a period of several decades and containing a number of rather startling revelations . . . the book appeals to readers with an interest in the workings of the human mind.”
—Booklist

“Think you know the whys and hows of your choices? Think again. Follow Mlodinow on a gorgeous journey into the enormous mental backstage behind the curtain of consciousness.”
—David Eagleman, neuroscientist and author of Incognito: The Secret Lives of the Brain

“With the same deft touch he showed in The Drunkard’s Walk, Mlodinow probes the subtle, automatic, and often unnoticed influences on our behavior.”
—Daniel J. Simons, professor of psychology, University of Illinois, and coauthor of The Invisible Gorilla

“If you liked The Drunkard’s Walk, you’ll love Subliminal. This engaging and insightful book not only makes neuroscience understandable, it also makes it fascinating. You will look at yourself (and those around you) in a new way.”
—Joseph T. Hallinan, author of Why We Make Mistakes

“A highly readable, funny, and thought-provoking travelogue by Mlodinow, a trusted traveler in this treacherous region, who leads us on a tour of the little-known country that is our unconscious mind.” —Christof Koch, professor of cognitive and behavioral biology, California Institute of Technology

Leonard Mlodinow received his PhD in theoretical physics from the University of California, Berkeley, was an Alexander von Humboldt Fellow at the Max Planck Institute, and now teaches at the California Institute of Technology. His previous books include three New York Times best sellers: War of the Worldviews (with Deepak Chopra), The Grand Design (with Stephen Hawking), and The Drunkard’s Walk: How Randomness Rules Our Lives (also a New York Times Notable Book), as well as Feynman’s Rainbow and Euclid’s Window. He also wrote for the television series MacGyver and Star Trek: The Next Generation.

In June 1879, the American philosopher and scientist Charles Sanders Peirce was on a steamship journey from Boston to New York when his gold watch was stolen from his stateroom. Peirce reported the theft and insisted that each member of the ship’s crew line up on deck. He interviewed them all, but got nowhere. Then, after a short walk, he did something odd. He decided to guess who the perpetrator was, even though he had nothing to base his suspicions on, like a poker player going all in with a pair of deuces. As soon as Peirce made his guess, he found himself convinced that he had fingered the right man. “I made a little loop in my walk,” he would later write, “which had not taken a minute, and as I turned -toward them, all shadow of doubt had vanished.”

Peirce confidently approached his suspect, but the man called his bluff and denied the accusation. With no evidence or logical reason to back his claim, there was nothing Peirce could do—until the ship docked. When it did, Peirce immediately took a cab to the local Pinkerton office and hired a detective to investigate. The detective found Peirce’s watch at a pawnshop the next day. Peirce asked the proprietor to describe the man who’d pawned it. According to Peirce, the pawnbroker described the suspect “so graphically that no doubt was possible that it had been my man.” Peirce wondered how he had guessed the identity of the thief. He concluded that some kind of instinctual perception had guided him, something operating beneath the level of his conscious mind.

If mere speculation were the end of the story, a scientist would consider Peirce’s explanation about as convincing as someone saying, “A little birdie told me.” But five years later Peirce found a way to translate his ideas about unconscious perception into a laboratory experiment by adapting a procedure that had first been carried out by the physiologist E. H. Weber in 1834. Weber had placed small weights of varying degrees of heaviness, one at a time, at a spot on a subject’s skin, in order to determine the minimum weight difference that could be detected by the subject. In the experiment performed by Peirce and his prize student, Joseph Jastrow, the subjects of the study were given weights whose difference was just below that minimum detectable threshold (those subjects were actually Peirce and Jastrow themselves, with Jastrow experimenting on Peirce, and Peirce on Jastrow). Then, although they could not consciously discriminate between the weights, they asked each other to try to identify the heavier weight anyway, and to indicate on a scale running from 0 to 3 the degree of confidence they had in each guess. Naturally, on almost all trials both men chose 0. But despite their lack of confidence, they in fact chose the correct object on more than 60 percent of the trials, significantly more than would have been expected by chance. And when Peirce and Jastrow repeated the experiment in other contexts, such as judging surfaces that differed slightly in brightness, they obtained a comparable result—they could often correctly guess the answer even though they did not have conscious access to the information that would allow them to come to that conclusion. This was the first scientific demonstration that the unconscious mind possesses knowledge that escapes the conscious mind.

Peirce would later compare the ability to pick up on unconscious cues with some considerable degree of accuracy to “a bird’s musical and aeronautic powers . . . it is to us, as those are to them, the loftiest of our merely instinctive powers.” He elsewhere referred to it as that “inward light . . . a light without which the human race would long ago have been extirpated for its utter incapacity in the struggles for existence.” In other words, the work done by the unconscious is a critical part of our evolutionary survival mechanism. For over a century now, research and clinical psychologists have been cognizant of the fact that we all possess a rich and active unconscious life that plays out in parallel to our conscious thoughts and feelings and has a powerful effect on them, in ways we are only now beginning to be able to measure with some degree of accuracy.

Carl Jung wrote, “There are certain events of which we have not consciously taken note; they have remained, so to speak, below the threshold of consciousness. They have happened, but they have been absorbed subliminally.” The Latin root of the word “subliminal” translates to “below threshold.” Psychologists employ the term to mean below the threshold of consciousness. This book is about subliminal effects in that broad sense—about the processes of the unconscious mind and how they influence us. To gain a true understanding of human experience, we must understand both our conscious and our unconscious selves, and how they interact. Our subliminal brain is invisible to us, yet it influences our conscious experience of the world in the most fundamental of ways: how we view ourselves and others, the meanings we attach to the everyday events of our lives, our ability to make the quick judgment calls and decisions that can sometimes mean the difference between life and death, and the actions we engage in as a result of all these instinctual experiences.

Though the unconscious aspects of human behavior were actively speculated about by Jung, Freud, and many others over the past century, the methods they employed—introspection, observations of overt behavior, the study of people with brain deficits, the implanting of electrodes into the brains of animals—provided only fuzzy and indirect knowledge. Meanwhile, the true origins of human behavior remained obscure. Things are different today. Sophisticated new technologies have revolutionized our understanding of the part of the brain that operates below our conscious mind—what I’m referring to here as the subliminal world. These technologies have made it possible, for the first time in human history, for there to be an actual science of the unconscious. That new science of the unconscious is the subject of this book.

Page 1 of 1 Start overPage 1 of 1
This shopping feature will continue to load items when the Enter key is pressed. In order to navigate out of this carousel please use your heading shortcut key to navigate to the next or previous heading.
Back
Next
Pages with related products. See and discover other items: books about goats, workplace culture