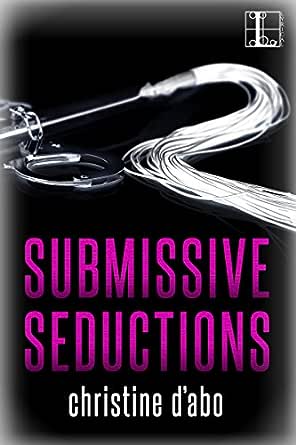 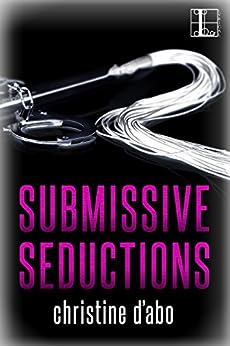 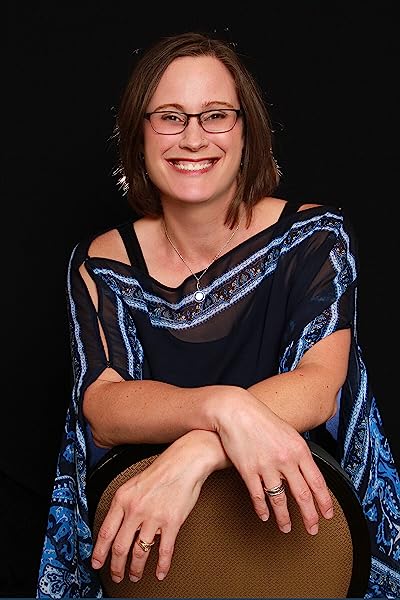 3.8 out of 5 stars
3.8 out of 5
28 global ratings
How are ratings calculated?
To calculate the overall star rating and percentage breakdown by star, we don’t use a simple average. Instead, our system considers things like how recent a review is and if the reviewer bought the item on Amazon. It also analyzes reviews to verify trustworthiness.
Top reviews

Rosemary Feil
4.0 out of 5 stars A Dom for a night becomes much more
Reviewed in the United States on February 18, 2016
Verified Purchase
I will start by saying I have read several books by Christine d'Abo and have become quite the fan of her work. In fact 30 days was a stand out read for me last year. I was very excited to read Submissive Seductions. It sounded like a perfect book for me and I did enjoy several parts, but I am left quite torn now that I am done reading. Liz has always been interested in leaning more about BDSM and submission. Her friends decide the perfect way to allow her to experience her fantasies is to get her a Dom during a Dom auction. Enter Gareth, the sexy Dom Liz wins who gives her a night out of he deepest fantasies. What happens when what was supposed to be just one night turns into more?Things I loved: Gareth - I really loved him. Also the majority of the sex scenes were hot and well written. The writing on a whole was spot on and I think d'Abo gave us a realistic and authentic look at what someone new to the BDSM world might feel if they were suddenly immersed in it and over their heads. What didn't work for me was Liz, especially towards the latter half of the book. Things were right or wrong from her perspective and she had great difficulty seeing the grey in situations which definitely frustrated me at times! The scene where she decided Gareth needed her to be all Dom and in control also disturbed me. I just didn't feel like it fit. Another part of my problem was I never fully bought into their relationship, but that may have had something to do with my issues with Liz. On the whole I enjoyed most of he story, I just had trouble liking Liz enough to get fully immersed in it so am rating it 3.5 stars which I am rounding up to 4. I would still re moment this for the great writing alone.
Read more
2 people found this helpful
Helpful
Report abuse

Kindle Customer
5.0 out of 5 stars Loved it!
Reviewed in the United States on July 5, 2016
Verified Purchase
Great read. Fun leading characters and hot sex. What more do you need in a great summer book. Will read more from this author.
Read more
Helpful
Report abuse

Valerie Benjamin
5.0 out of 5 stars Five star books are the. best! I've read thousands of them. This one I put right at the top with all the rest ,of my Five star
Reviewed in the United States on July 18, 2016
Verified Purchase
Great Book, I would recommend this to all my friends who love to read maybe I should say like to read instead of love. I say this because I LOVE to read it's My only. Favorite thing to do.
Read more
Helpful
Report abuse

When Liz sets eyes on Master Gareth, she's more than intrigued, and after placing the winning bid for his services for the night, he introduces her to his world, yet doesn't have sex with her, even though she's perfectly willing. And so begins her education into the lifestyle and her wanting more than one night with Gareth.

This is the point at which I assumed this novel would follow the standard pattern. It doesn't. Instead, Ms. d"Abo explores Gareth's past history, the loss of his wife and sub, Rachel, 4 years earlier, and his inability to move forward emotionally. Liz also has issues, coming to terms with her own needs and her own sexuality. Complicating matters is her boss, who's arrested and indicted for raping and abusing women, and the inevitable office chatter about how sick and depraved the BDSM lifestyle and its participants are. Is she depraved? Is there something wrong with her for craving domination? What does her sexual preference say about her? Is she a freak? Is Gareth? Could they possible ever have a "normal" relationship?

These are only some of the questions that are posed within this steamy tale, and I'm not giving away the answers, but I will recommend it, especially to those of you who are also curious about the lifestyle and were intrigued, but unfortunately misinformed by reading 50 Shades of Gray.

gigis
4.0 out of 5 stars Submissive Seductions Review
Reviewed in the United States on February 16, 2016
Sometimes getting what you want…makes you crave something more

Purchasing a Dom from a charity auction was the wildest thing Liz had ever done. The chance to bring her secret fantasy to life, to be a submissive—even just for one night—was worth any price. And Gareth was everything she wanted in a Master. He touched, he taught, he tantalized. He opened her world to pleasures she’d never imagined. But was it enough?

After one night turned into a blurred-line relationship, Liz’s feelings for Gareth went beyond desire. Yet the kink, no matter how hot, had her wondering if she could ever have a normal relationship. Her Dom was a man with a tragic past and he’d put rules in place from the start. If Liz chose to break them would she lose the intense passion she’d just discovered—as well as the man she loved?...

*Received a copy of this book from the publisher in exchange for a fair and honest review.*
Read more
Helpful
Report abuse
See all reviews

precious toy
2.0 out of 5 stars Submissive Surrender....really? I hardly think so
Reviewed in Canada on July 13, 2016
Verified Purchase
the story was good. for those who are into BDSM only in the bedroom. As a lifestyle, there are things to be desired. For instance, does a Dom really nt nind if his submissive has a forest in her pubic area? I have been in th lifestyle for over half my life, and have yet to meet a Master/Dom who doesnt insist that I remain shaved or waxed bare. As I said, it is minor, but something essentially needed to have the author know.

The girl is way too flakey. It is reasonable to not know whether the lifestyle is something that she can embrace in her life. But after months, you would think she ould embrace her submissive life fully and have no doubts thatis is part of who she is. Nor would she freak out when other vanilla imbeciles criticize something thwy know about. It is ok not to counter the accusations, but certainly, she would be more secure within herself to know her truth abut her lif and not allow the negative doubts and statements break her trust and need of submission to her Dom.

The majority of the beginning of scenescrtainly touched on aspects of the BDSM life, but then somehere along the way the vanilla turns up and there are no repercussions to her breaking even th simlest rule of being addressed as Master or Sir. His ability to let her have her way after persistent whining and begging is annoying. There are and should be times when no matter how much the submissive begs, she simply is left needing instead of having thesex she wants. Talk about topping from the bottom. Submissives do not always get what they want: especiallly when they get thw Dom's penis in them. Just saying.

I amy be overly critical, but really, after being into this lifestyle for real, the storyline is good. the way it is told and conveyed, at times, just isnt realistically accetable. I apologize for the harsh review. But if you are wrting about this lifestyle, at least either live it for more than just a few months.... or at least, consult with those who are more knowledgeable so the real aspects actually make the story more enticing...even to harsh complaining readers like myself
Read more
Report abuse

kathleen luker
5.0 out of 5 stars Why did I enjoy this story so much?
Reviewed in Canada on July 21, 2016
Verified Purchase
I found that it gave so much positive info about the BDSM lifestyle plus answered a lot of the questions I've always wanted to ask. While I don't participate in the lifestyle myself, I love reading stories about it, but always had questions. Now I know.
Read more
Report abuse
See all reviews
Back to top
Get to Know Us
Make Money with Us
Amazon Payment Products
Let Us Help You
EnglishChoose a language for shopping. United StatesChoose a country/region for shopping.
© 1996-2021, Amazon.com, Inc. or its affiliates