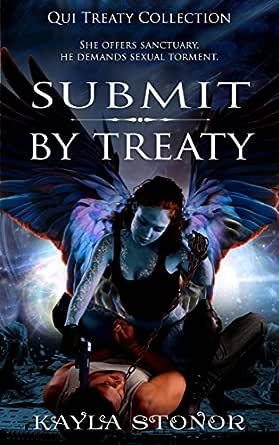 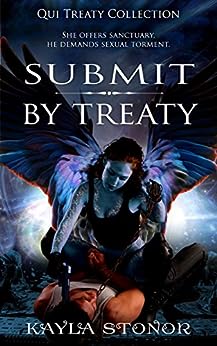 SuthrnCat
VINE VOICE
3.0 out of 5 stars She will do whatever she needs to do to hep him
Reviewed in the United States on January 28, 2018
Verified Purchase
It's taken me a while to figure out how I want to describe this book series. This first one, especially, was very hard to read. This was probably the second hardest one for me to read. There is extremely graphic and violent sex. If you (like me) are okay with a little spanking and tie-downs, be aware that this book goes way the heck the other side of the bdsm spectrum. And crosses some lines.

The author does an extremely excellent job of using a very alien point of view - the norms, values, and ideas in these books are NOT human. These stories are about humans trying to figure out the rules of the expanded universe, the powers that rule it, and then how interacting with humanity changes things. It is a long story - it wasn't until the 5-6th book that things got more in to my comfort zone. But it tells you something there - that I kept reading, even though some of the things here made me very uncomfortable.

In this one, the Qui who is responsible for returning the human home, intact and healed, uses some of the things that were done to him previously to help him remember what happened to his friend, and also to help him overcome the mental trauma by re-enacting things and letting him work through them.

What has taken me almost a month to work out, is that although some of the themes and scenes of the book are horribly wrong to me, I kept reading to the end, and then read the other books in the series. The fact that the author could get me to engage with the characters and the stories enough to try to work through the alien point of view says a lot about the ability of the writer, I think. I could not get myself to give less than three stars because I didn't like where she took me.
Read more
Helpful
Comment Report abuse

meigan
5.0 out of 5 stars Dark, tortured, and delicious :)
Reviewed in the United States on December 13, 2015
Verified Purchase
Finally rescued from captivity and freed from the brutality handed down from the K'lahn, Zeus Windsor is suffering from a major case of PTSD. Traumatized from his time with the enemy, Zeus can't function. Untrusting of anything not human, his road to recovery -- if there is such a thing for Zeus -- is going to be almost as much torture as he received from the K'lahn. Fortunately for him, his new master is much more understanding of his predicament.

In order for Zeus to regain any sort of normalcy, in order for him not to go berserk at the sight of anything alien, he needs torture of the...sexual kind. The darker the sexual torment, the better. Meseri, the Qui tasked with delivering him to his fellow rescued comrades, is the woman who will deliver his punishments. Thankfully, patience and empathy are two of Meseri's strongest traits, and she offers only enough sexual torment as he can handle at a single time. Slowly, but surely, Zeus comes out of the darkness from Meseri's oftentimes brutal intimate punishments. While he isn't completely back to the man he was pre-torture, he's much better than when he was initially rescued.

Aside from another awesome alien/human pairing in this installment, Stonor also gives a taste of what's to come concerning the treaty set in place between the humans and the Qui. The relationship between the two races is tenuous at best, the exception being the humans/aliens who have found consorts of the opposite race. But that doesn't mean that the relationships that have already been established in this series are rock-solid; with such tension between the two species, it seems that only time will tell if the partners have what it takes to endure. There's a new threat looming and it seems that war isn't over, not that it ever was.

Bottom line -- I'm sure I've said it about another novella in this series, but I think this one is my favorite so far. Or it could be #5. Or maybe it was also #3. That's OK, I love them all :) While each installment can easily stand alone, it's best to start at the beginning in order to gain full comprehension of the continuous story arc that runs through all of the installments.
Read more
Helpful
Comment Report abuse

Phenomenally Me
5.0 out of 5 stars Awesome space romance with lust and love.
Reviewed in the United States on June 22, 2015
Much more intense than the others for sure while the others dealt with budding romance while also facing the difficulties of war, and differences among races in the galaxy. This book was more on sexual submission and domination. Meseri is ordered by the Qui Empress to bring back a Lieutenant Zeus back to his comrades after the long war between the humans and Qui have finally ended. On her mission Meseri encounters a shell of a man who has suffered a lot at the hands of the lizards who had done unspeakable things to him. They start off on a rocky start of course with everything Zeus had went thru and his distrust with everything that takes the formed of the winged lizards. So when he meets Meseri all hell breaks lose. Of course Meseri is trying to be the "voice of reason." She knows the Lieutenant is suffering because of his imprisonment and torture and she tries any means necessary to help even if she has to go out of her comfort zone. She gives Zues all of her, her body, her pleasure and her complete submission in order to ease the insanity that is slowly warping his mind. Ms. Stonor focuses more on Zeus and his POV stems from the thoughts in his inner mind an awesome whirlwind book that has just the right amount of decadent darkness in the sex scenes that make it ohhh soooo awesome.

I received an ARC in exchange for an honest review.
Read more
4 people found this helpful
Helpful
Comment Report abuse

Kristy Heinicke
5.0 out of 5 stars A darker twist to the series
Reviewed in the United States on June 22, 2015
I received a free advance review copy from Kayla in exchange for your honest review.

Is it just me or was this 1 slightly darker?? Don't get me wrong each installment in the series has slight dark aspects, but I found 'Submit to Treaty' darker. There is a warning at the very begining of the book, so please read before you enter.

Even with the added darkness I was entranced with Zues' story getting back from the darkness caused by his torturers. How Meseri unkowingly knows how to bring him back from the brink is truely masterful.

I highly recommend you read this series from the start, as not only do you get individual storylines but they all intertwine to create... well I'm not sure yet, as I'm yet to read what Kayla has in store for us, but it's bound to be wickedly amazing. I definitely can't wait for the next book in the series.
Read more
3 people found this helpful
Helpful
Comment Report abuse
See all reviews