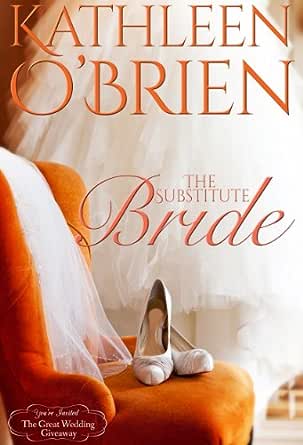 You've subscribed to The Great Wedding Giveaway Series! We will preorder your items within 24 hours of when they become available. When new books are released, we'll charge your default payment method for the lowest price available during the pre-order period.
Update your device or payment method, cancel individual pre-orders or your subscription at
Your Memberships & Subscriptions
There was an error. We were unable to process your subscription due to an error. Please refresh and try again. 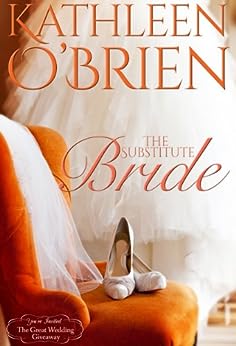 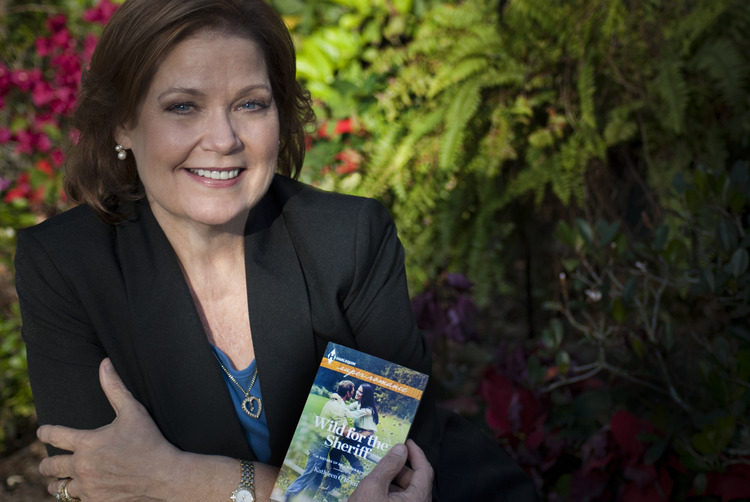 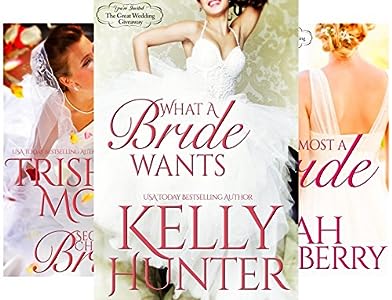 4.1 out of 5 stars
4.1 out of 5
276 global ratings
How are ratings calculated?
To calculate the overall star rating and percentage breakdown by star, we don’t use a simple average. Instead, our system considers things like how recent a review is and if the reviewer bought the item on Amazon. It also analyzes reviews to verify trustworthiness.
Top reviews

HBIC
3.0 out of 5 stars ~!~ A short story that is also short on content ~!~
Reviewed in the United States on June 24, 2014
Verified Purchase
In the beginning, I enjoyed reading this short book. The further I got into it, I began to scratch my head and say "huh?". The reasons that the h has for avoiding the H was a little silly and blown way out of proportion for an intelligent adult. Then when they actually get together, I was again left scratching my head and saying "huh?. It just felt that there was so very much information missing such as: When did she feel this way? Why did she feel this way? Why did she make the decision to come to him?

I know this is a short story, but I have read many stories this short and even some that are quite a bit shorter, that felt much more complete than this.
It does however, have a nice HEA ending.
Read more
34 people found this helpful
Helpful
Report abuse

Amazon Customer
1.0 out of 5 stars Story lacks moral values, good sense.
Reviewed in the United States on August 22, 2017
Verified Purchase
What kind of a thought is that that a 26-28 woman can't marry a man unless she has slept with him more than one night (4-5 love making during that night while pregnant?)
Omitted sex, story could have been good.
Read more
15 people found this helpful
Helpful
Report abuse

Patricia D.
5.0 out of 5 stars A Book to Fall in Love With
Reviewed in the United States on June 20, 2014
Verified Purchase
Just slightly more erotic than sweet, this is a book to read when you need a"happy" story that is connected, clearly and obviously, to other happy ending stories. While I'm not sure I would recommend it to my mom, I am sure a few of my friends would love it, and even maybe a couple of my sisters.
"The Substitute Bride" is actually about three substitutions in weddings. Each couple has challenges ahead, but for the moment, the emphasis is on getting to "I do". The author has a wonderful grasp of human emotion and the mysterious things that provide the drive for all of us. Above all, in this story, she is doing an examination of the things that drive the relationship between a mother and her daughter. And all the things that these two types of people do to each other in their efforts to define themselves without damaging the image the other has of them.
I adored Marley from word one, but I found myself thinking a lot about my mother as I "met" Angelina and got to know her better. I'm pretty sure the author had no intention of causing such introspection when she started to write, but I found myself thinking about the relationship I have with my own mother.
The book is part of a series. I highly recommend it, and suspect I feel the same way about the other books in the group.
Read more
10 people found this helpful
Helpful
Report abuse

Kindle Customer
5.0 out of 5 stars YOU CAN BREAK THOSE HABITUAL SELF HARMING BEHAVIORS
Reviewed in the United States on March 6, 2018
Verified Purchase
5 STARS given here for this different look at a Substitute Bride given to us by Kathleen O'Brien, our heroine is the one who is being substituted. It is a terrific look at old prejudices controlling life then the realization that these prejudices didn't matter now and for the future setting free a open & loving beautiful relationship between a mother and daughter. Furthermore, it allowed the truth of old beliefs to shine and that light allowed for the healing of others besides our main couple to find love with one another. I really liked the fact now emotions were healed, lives were settled it was the mother who was going to undertake to travel for a job, with her daughter remaining running the family owned paper, it showed that self harming behaviors we have that start out as a walk of self protection, can go to far but happily can be changed. Great romance in they think of the other, first most of the time. WARNING: 18 & up Sexual Content
Read more
2 people found this helpful
Helpful
Report abuse

Sharshak
2.0 out of 5 stars A little far fetched
Reviewed in the United States on February 3, 2018
Verified Purchase
The storyline is good but it becomes too convoluted with secondary characters that make no sense but one character ‘Fly’ could have been a book on his own in my imagination. However, the author seemed to gloss over him and left the reader hanging. Reading the blurb about Marley and Drake I had such high hopes for this book but it left me sadly disappointed hence the 2 Stars. I believe in the motto ‘one man’s meat is another man’s poison’ therefore read it this could be your filet mignon!
Read more
3 people found this helpful
Helpful
Report abuse

Guy Reviews Romance and MoreTop Contributor: Pets
3.0 out of 5 stars Young pregnant woman had to go home in shame; met the man who broke her heart back in high school...
Reviewed in the United States on March 22, 2018
Verified Purchase
The Substitute Bride has a decent setup, and plenty of angst about secrets and lies, but some parts of the plot could have been handled better.

Marly Akers' mom did EVERYTHING to make sure that Marly don't end up like her: unwed, pregnant, and living with her mother. But Marly is back in town, unwed, pregnant, and now, living with mommy. Marly resigned after her editor forced her to put out a hatchet piece on his enemy... just as she found out that her one "safe" BF turned out to be a bastard... and she's pregnant. Now, she's back in her hometown of Marietta MT working a part-time gig in the local tiny paper, until she figures out what else to do. Meeting Drake Everett, who stood her up at prom, after inviting her out, was NOT a good reminder. But Drake has changed, and Marly realized this Drake... may be worth falling for. But when she needed to cover the Great Wedding Giveaway for the local paper, she found that Drake may have been one of the intended grooms. Does that mean Drake was a cheating bastard? Signs seem to be clear that Marly should stay clear of Drake, but her heart is demanding the opposite. And she's not going to stay in town... is she?

There are plenty of angst, and the mom's manipulative, but it's also a moral lesson: the most things change, the more it stays the same. Is her heart in the right place? Is it law of unintended consequences? WHY should she stay clear of Drake? Some parts of the complications don't make sense. And the suspicions are also hard to explain except with "insecure".
Read more
One person found this helpful
Helpful
Report abuse
See all reviews

Mucalytic
5.0 out of 5 stars A book to cherish.
Reviewed in the United Kingdom on July 23, 2015
Verified Purchase
I really enjoyed the first six books in this series, so I was looking forward to reading this one, and I wasn't disappointed! Marly and Drake's relationship is a somewhat complicated one and sometimes the decision they make left me wondering if I'd have done the same thing myself. However there's no denying the great flow of the book; I felt compelled to keep reading, often much to my family's annoyance! The best part of this story though is the mother-daughter relationship. A book to cherish. Looking forward to the sixth book now!
Read more
One person found this helpful
Report abuse

Kindle Customer
4.0 out of 5 stars Young love love lost
Reviewed in the United Kingdom on July 31, 2015
Verified Purchase
Marley went home pregnant and reject by her x fiance, she slipped back into working for her mother at the family newspaper, slowly building up to seeing her long lost love drake. The relationship developed against her mother advice. True love never ends,the story developed into strong characters and storyline to a true and lasting relationship
Read more
Report abuse

Laura N Bren
3.0 out of 5 stars Short and sweet
Reviewed in the United Kingdom on April 25, 2018
Verified Purchase
Not bad for a short story. It didn't take long to read it, and it flowed really quickly as you would expect from a 150 odd page novella.
Read more
Report abuse

Janet Reader
3.0 out of 5 stars Passed a few hours, too predictable
Reviewed in the United Kingdom on September 5, 2015
Verified Purchase
Very light reading, was a tad disappointed with this book.
The ins and out of substituted bride/substitute husband were a trifle farcical for myself.
Ok for long winter nights, but, lacking in any real substance, too predictable
Read more
Report abuse

Limousinlass.
3.0 out of 5 stars Easy Read
Reviewed in the United Kingdom on February 7, 2018
Verified Purchase
Sweet romance, very predictable, no surprises, but, it did pass an hour or two. In my opinion its not a Keeper, just an easy read.
Read more
Report abuse
See all reviews
Back to top
Get to Know Us
Make Money with Us
Amazon Payment Products
Let Us Help You
EnglishChoose a language for shopping. United StatesChoose a country/region for shopping.
© 1996-2021, Amazon.com, Inc. or its affiliates