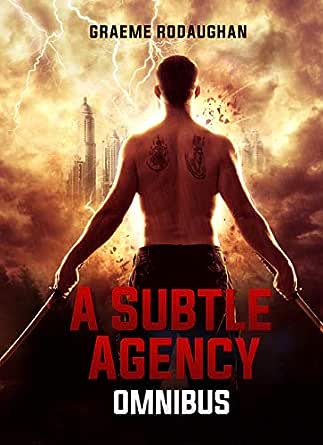 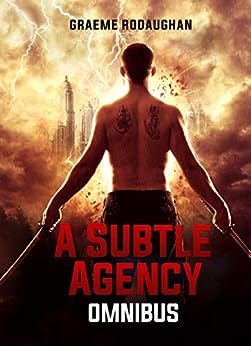 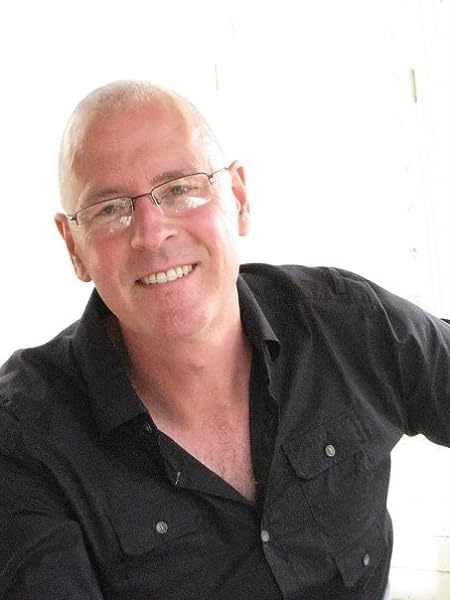 johnc57
4.0 out of 5 stars An average summer blockbuster pales compared to this book.
Reviewed in the United States on May 2, 2020
Verified Purchase
A long time ago in Ancient Egypt they created a first vampire. Practically at the same time a vampire-hunting Order of Thoth was founded.

Making a big time jump and coming to our time the situation is complicated. Actually scratch that, it is well beyond simply complicated. Vampires live their undead lives keeping the fact of their existence secret from ordinary people. They have military organization called Shadowstone to take care of everything from public relations to military actions, including wars.

Order of Thoth still exists, but a group of former members in the Middle East split from them and created their own secret society called Red Empire. They regarded the modern Order of Thoth to be only slightly above Vampire Dominion, to be exterminated if an opportunity arises.

Coming back to Vampire Dominion, they are under the absolute rule of their King Cornelius Crane. The undead bloodsucker is old, experienced, and ruthless. He rules over the world through his hand-picked generals, some of them very ambitious. As we all know big ambitions lead to rebellion.

I just scratched the surface of bazillion intrigues, behind-the-curtain machinations, double-crossings, and good old backstabbings. As I said, it is complicated.

The main story starts when an unassuming 18-year-old guy Anton Smith encountered the toughest general of Cornelius Crane and lived to tell the tale. As a result of his survival he was thrown right in the middle of power struggle between everybody and everything. Usually people in his position can expect zero chances of survival.

Action takes quite a big chunk of the book and when it takes place it makes any summer blockbuster movie look quiet and innocent like Teletubbies. Expect big bangs produced by ultra-modern military toys which would make any army general drop dead of envy. Oh, and vampires are fast enough to dodge bullets à la Neo from Matrix, so swordplay came back in style. And so did the legendary Japanese katanas.

Anton as character develops. I wonder for how long he is going to stay alive. He was also the character I felt closest to. Some other characters develop too, but to a lesser extent. There were some characters I loved to hate and it looks like I was not the only one. There were strong women that felt natural and not like Conan the Barbarian after a sex-reassignment surgery.

I would qualify this story as urban fantasy. This is the first time in the genre - in my experience - where the good guys were so badly outnumbered. It felt like most of times they would end up among the living for two reasons only: because the bad guys kept them for their own nefarious purposes and because the bad guys were too busy fighting each other to deal with such mundane threat.

If I understand correctly this is the first author's published work and as such it impressed me a lot. It blows away (ha-ha, bad pun totally intended) the majority of debuts from modern authors and author wannabes. This would be a good time to talk about bad parts - after all my rating is only 4 stars, not the perfect 5.

Some of the wording felt a little clumsy - not to the point of preventing me from enjoying the reading though. Again, considering this the first published work it is not a big deal. Another one is purely subjective and is entirely my nitpick. There was a spy in one of the organizations. How do you completely obscure the person's identity including sex describing the actions? He did, or she did? If you do this you will give away a lot as the pool of suspects was not big to begin with. The book gets away by using "they". I know it is not politically correct and supposedly Old English used this word for a single person, but it sounds extremely off in modern language, all political correctness aside. This old geezer - me that is - is used to say "they" referring to multiple people.

Also I found some places lack excitement. I do not even know what it is exactly, but something prevented me from sitting on the edge of my seat and biting my nails in some places when I was supposed to. Nonetheless this is very solid 4 stars and as a first published work it gets A+ grade from me. I will let the author decide what he is going to do with this grade. Seriously if you want urban fantasy with lots of machinations and things blowing up, you cannot go wrong with this.
Read more
6 people found this helpful
Helpful
Comment Report abuse

aPriL does feral sometimes
5.0 out of 5 stars An exciting military thriller!
Reviewed in the United States on May 17, 2020
Verified Purchase
A Subtle Agency Omnibus' is kind of a misnomer! There is nothing subtle about the action, thrills and chills going on throughout these three novels! Graeme Rodaughan has written a dark-fantasy vampire war series with a lot of amazing futuristic military equipment involved and vicious battles between competing agencies. The omnibus includes the first three novels in the Metaframe series: 'A Subtle Agency', 'A Traitor's War' and 'The Dragon's Den'. Heroes fight to live another day - or not! Ancient powers are unleashed! It is a mystical Avengers movie with vampires and vampire slayers as the main characters.

Similar to many current science fiction and fantasy novels, the involved protagonists in the Metaframe universe are members of many clans and agencies (all are Earth-based - this is not a space opera). In the Metaframe universe, three agencies are struggling for dominance over the other groups, hoping to wipe out the members of whoever are the 'bad guys' in their worldview - The Vampire Dominion, The Order of Thoth, and The Red Empire. In addition, the three main agencies have created or aligned themselves with miltary mercenaries who are unaware they are basically acting as shell corporations shielding the true leadership which is directing their assignments. While top management of the secret agencies are feeding their minions filtered information designed for obfuscation of real motives, many of the leaders in the second layers of each agency's organization chart are also planting spies within each of the groups hoping for opportunities to take control from their putative commander-in-chief.

It isn't unusual anymore for fantasy/science-fiction novels to be intricately plotted with multiple layers of tricky politics, 'Houses' of loyal members and dependents, and secret alliances that are constantly changing and undermining each other (the Dune series was the first of this type of novel I encountered), but it is an acquired taste. Fortunately, these books usually include a 'Dramatis Personae' list or organization chart. 'A Subtle Agency' includes such a list for reference.

I think readers who love military-theme action thrillers, and vampire movies of course, would REALLY like Rodaughan's series! Every other scene is one of high-octane murderous battles! There is almost a seamless mixing up of real-world military action and dark fantasy magic. I can't see any reason graphic comic fans wouldn't enjoy this series alongside military action fans. A Game of Thrones fans should check it out, but keep in mind these books are modern military (guns, vehicles, jets) oriented, not a middle-ages technology fantasy. Fans of Patient Zero should ADORE the Metaframe world!
Read more
One person found this helpful
Helpful
Comment Report abuse
See all reviews