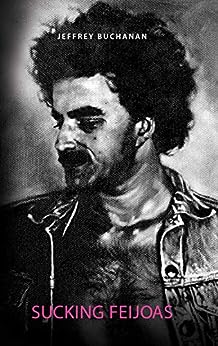 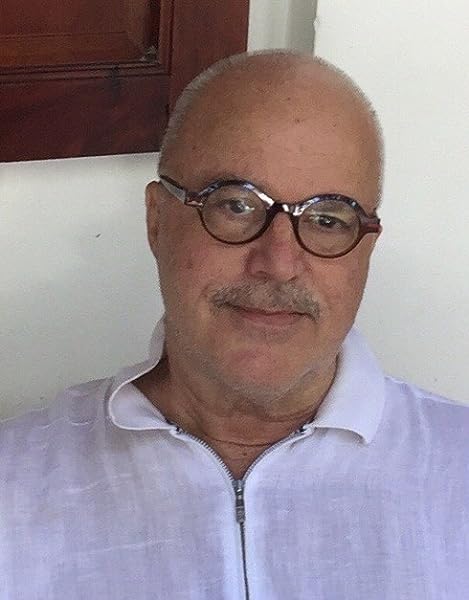 Jeff Buchanan was born in 1955 and left New Zealand aged 17, spending the next two decades in Latin America, The Middle East, USA and Melanesia. This is his first book. He is a teacher in international Education. --This text refers to an out of print or unavailable edition of this title.

DAVID M MAJOR
5.0 out of 5 stars No frigate like a book
Reviewed in the United States on December 8, 2020
Verified Purchase
I loved the people I met on this armchair travel adventure through New Zealand, Lebanon, Mexico, and the more familiar "West". The plots kept me interested, people touching each others' lives at different ages, everyone caught in the sweep of a changing world, politically and socially. I do like it when an author makes me google a new word, a new food, a new place name. I am eager to read more by this author. Oh, and I have ordered an affordable second-hand copy of Edmonds Cookery, the best publication on New Zealand cuisine, I am told.
Read more
Helpful
Report abuse

SammyPR
5.0 out of 5 stars Masterfully assemble story
Reviewed in the United States on August 10, 2020
Verified Purchase
It touches many issues I had growing up gay in the Caribbean. I lived the time of the AIDS crisis and those stories well very common in the newspapers. I had friends, cousins and the likes that died. Thanks for this reminder.
Read more
Helpful
Report abuse

Jerri
3.0 out of 5 stars It’s complicated
Reviewed in the United States on December 21, 2020
I’m not sure quite how to feel about this one. It’s complex- lots of characters and locations, and a few different time frames. It’s almost philosophical in it’s ruminations and conversations.
The detail comes more in thought than description. What would you expect from a work that mentions Dostoyevsky so much? I’m think the focus is more on the persecution of homosexuals in New Zealand than the men or love stories. There is love, to be sure. There’s also loss. And hope for the future.
I was drawn in and had to keep reading. I find myself liking old George better than young George, mid-age Garth, and Neddy not much at all. I feel horrible that any of the characters went through such things. Except perhaps for Garth’s mother, I have no sympathy for her at all.
While I feel the book is about the times rather than the characters, it’s the characters that hooked me. They are strong even under persecution. They loved. Deeply.
Read more
Helpful
Report abuse

Agnes
5.0 out of 5 stars A really good read!
Reviewed in the United States on July 5, 2020
Sucking Feijoas is a really good read, I enjoyed the story which unfolded well and left me wondering at the end of each chapter what would happen next. A real page turner. The characters are very real and well developed. Despite the serious issues, the novel doesn’t become maudlin or too dark. In fact, humor comes through well, and the dialogue is real and very much attuned to the cultural realities portrayed. Women are well portrayed too. I get the feeling that this is an ‘insider’s’ look at the main issues on sexual orientation, class oppression and ethnicity. It’s a very very insightful look into the lives of a diverse selection of people. Highly recommended as a well written and clever read full of twists and turns.
Read more
Helpful
Report abuse

Iwona Spytkowski
5.0 out of 5 stars Heartfelt writing
Reviewed in the United States on February 19, 2021
What a heartfelt and inspiring novel. I fell in love with the characters and the powerful story telling that took me across the globe. Highly recommend for everyone to experience this beautiful read. I am in love with Mr. Buchanan’s writing.
Read more
Helpful
Report abuse

Neil J. Hajba
5.0 out of 5 stars Wonderfully entertaining!
Reviewed in the United States on March 29, 2003
One of the best pieces of gay literature out there! A must for everyone's library!
Read more
2 people found this helpful
Helpful
Report abuse

Luke K
5.0 out of 5 stars Wonderful Novel
Reviewed in the United States on February 26, 2002
This is an excellent novel, full of humour and tenderness. I highly recommend it. I fell in love with Neddy and the rest of the characters.
Read more
4 people found this helpful
Helpful
Report abuse
See all reviews

A L.
4.0 out of 5 stars A good read
Reviewed in the United Kingdom on November 26, 2020
Verified Purchase
The interlinking tale of 3 gay men. Set in New Zealand, Mexico and Lebanon the story tells of the treatment and tragic events of the main characters before the gay revolution and gay rights. A powerful story, well written with interesting characters throughout.
Read more
Report abuse
See all reviews