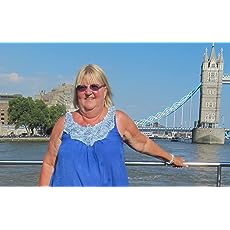 Award winning books.
Shortlisted in the Wishing Shelf Book awards.
Sue Wickstead is a teacher and an author and has written children's picture books with a bus theme.
In addition, she has also written a photographic history book about the real bus behind her story writing.
Her bus stories are about a playbus.
Have you ever been on a Playbus?
When Sue's two children were young, they attended a playgroup on a bus, but not an ordinary bus taking you on a journey, exciting though this is, but a Playbus stuffed full of toys to capture their imagination!
For over 20 years, alongside her teaching career, she worked with the charity, the Bewbush Playbus Association.
As part of the committee she painted the bus, worked in the groups, helped raise the profile of the project and its work and was part of the team involved in raising funds to replace the old bus with a newer vehicle. This led her to write a photographic history book about it.
'It really was a fun journey to be involved in', said Sue. The bus really got into her blood and became a work of the heart.
Having written the history book Sue soon found that many children had never been on a bus before, let alone a 'Playbus' and they wanted to know more. So, she decided to write a fictional tale, his number plate JJK261, gave him his name.
'Jay-Jay the Supersonic Bus,' came out in print in 2014. It is the story behind the original project and is his journey from a scrap-yard to being changed into a playbus for children to play in. From Fact to fiction the bus journey continues.
This story has now been followed by more picture books.
'A Spooky Tale' and 'The Christmas Play Rehearsal' do indeed have a bus connection as well as links to her teaching journey.
Sue has undertaken events and author bookings and loves to share her stories, she is also proud to be 'a patron of reading'.
The books have all received 5-star awards from 'Readers Favourite'.
Sue's books have also been short-listed in 'The wishing Shelf' book awards.
With 'A Spooky Tale' a silver medal winner.
Read more 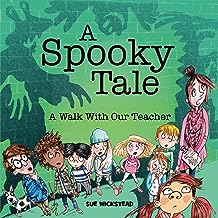 A Spooky Tale: A walk with our teacher Apr 25, 2018
by Sue Wickstead
( 7 )
$4.18
When the teacher decided to take the class out on a walk the children did not want to go...
But...
What could POSSIBLY go wrong?
why did the class not feel well?
Read the book to find out.

A fictional tale based on a real class walk around the neighbourhood.
where would your walk take you?
Read more
Other Formats: Paperback 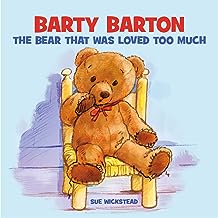 Barty Barton: The Bear that was loved too much Oct 27, 2020
by Sue Wickstead
( 4 )
$3.90
What happens when you outgrow your teddy bear? Will you let it go?
Barty was a special teddy bear. He was soft, cuddly, and always made everyone smile. All the loving cuddles had flattened him over time, and his nose bent to one side and his paws needed repairing. But he was too full of memories to be thrown away.
Thomas always loved Barty, but he grew up and was going to be a daddy himself. Would he want Barty for his new baby? 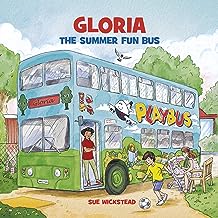 Gloria the Summer Fun Bus May 12, 2020
by Sue Wickstead
( 2 )
$3.68
A children’s picture book about a bus, a Playbus. The stories began with a photographic book about a real bus, with children asking questions it led to fictional stories.
What is a Playbus?
What does it do?
How is it different?
The photographic history book about the project, The ‘Bewbush Playbus’, was published in 2012.
The fictional tales began with ‘Jay-Jay the Supersonic Bus’, Gloria is the new bus which delivered Play-scheme support over the long school holidays to children. Providing a safe place to play.
Read more
Other Formats: Paperback 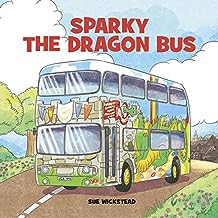 Sparky the Dragon Bus Nov 3, 2019
by Sue Wickstead
( 2 )
$3.69
Sparky isn't your typical double-decker bus. Behind the dragon aand magical paintings, she's exciting and full of funand adventures for all children.Jump aboard to find out what makes Sparky so special.A children's picture story book about a Playbus. The real bus worked in Glasgow, Scotland and helped promote inclusion and support for many children who were less mobile.
Read more
Other Formats: Paperback 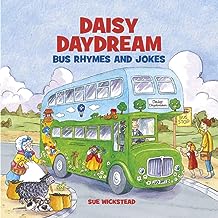 Daisy Daydream Bus Rhymes and Jokes Aug 3, 2019
by Sue Wickstead
( 1 )
$2.99
A book of poetry and rhymes with a bus twist.Together with a few tickets full of jokes to capture the imagination of young readers and get them to giggle along on the bus journey.Daisy Daydream the nursery Rhyme bus now has a few nursery rhymes of her own.
Read more
Other Formats: Paperback 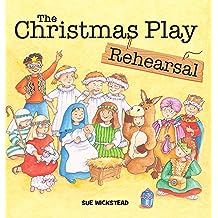 The Christmas Play Rehearsal Nov 7, 2018
by Sue Wickstead
( 5 )
$3.97
Children's picture book for christmas.It is Christmas time, and the school has been getting ready to perform their Nativity play. With lines learnt and songs to be sung, it is time for the dress rehearsal. The teacher knows there might be a few problems to sort out, but at least they will know what to improve on or change along the way.
Read more
Other Formats: Paperback 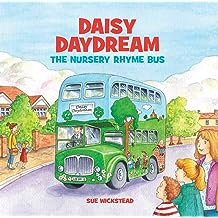 Daisy Daydream the Nursery Rhyme Bus Sep 23, 2018
by Sue Wickstead
( 4 )
$3.97
‘‘A sweet story, wonderfully illustrated, and with a very important message." The Wishing Shelf
'Perfect for a restless child at bedtime.
There was so much to enjoy here, whether it be the wonderfully playful language – ‘Her new green and blue colours became a landscape filled with trees and rolling hills – or Daisy, the bus, who helps the young reader to understand how not everything old should be thrown away.
With delightful drawings and the lightly-written story, a great story to share at bedtime.

For any parent who is looking for a lightly-written, sweet story for children aged 5 – 8 would find this book fits the bill perfectly. Also, there’s a lovely theme of ‘recycling’ to the story that parents will be happy to share with young children. And, of course, any child who enjoys this book will instantly want to find a play bus to play on.
Colourfully illustrated and with plenty happening to keep a child amused, it might prove very popular at bedtime.' Wishing well review.

In 1987 the real Daisy was given a new lease of life when she was repainted with popular Nursery Rhyme characters for the children to enjoy and sing along.
The brightly decorated exterior would attract the attention of the children and get them running along to play and explore inside.
The playbus was a very popular and much-loved venue for a playgroup and fondly remembered.
A safe place to enjoy and certainly full of fun.

But I wonder what songs would the children sing these days?

Do they still know their Nursery Rhymes?

We even made a few rhymes of our own.
Read more
Other Formats: Paperback 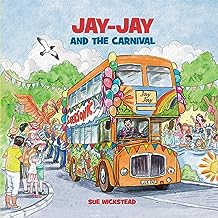 Jay-Jay and the Carnival Apr 23, 2018
by Sue Wickstead
( 4 )
$4.99
Jay-Jay the Supersonic Bus is a brightly coloured playbus full of toys.
He’s always ready for adventure, and after an eventful summer the bus is ready for his journey to the carnival.
The children are also excited – but what will happen on the way? 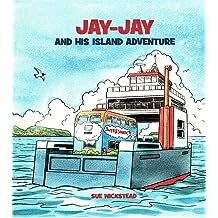 Jay-Jay and his Island Adventure Mar 20, 2017
by Sue Wickstead
( 5 )
$4.19
Jay-Jay is no ordinary bus.
His journey is full of play.
He is a Playbus, he brings fun and adventure to the children wherever they are.
A safe place to play where children can use their imagination and explore.
Once a real bus his story has been told in many schools.
"We wish he was still here," the children say. "We would love to go inside!"
Well you can and he is, even if only in fictional form, his story goes on.
The real Playbus proved so popular that the idea was copied by many other play projects.
Always bright and colourful, they stood out from the rest and knowing they were different, the children and other users would come along to look inside and explore to find out what was on offer.
The real Jay-Jay was much loved and fondly remembered.
His fictional story continues.
Read more
Other Formats: Paperback 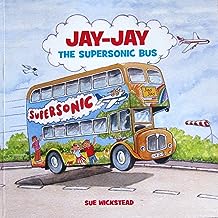 Jay-Jay The Supersonic Bus Sep 6, 2016
by Sue Wickstead
( 20 )
$4.19
‘Jay-Jay the bus was rescued from the scrap yard where he was sadly gathering dust and cobwebs. He is taken to an airport where he is magically transformed into a ‘Playbus’ full of toys, games and adventure.
A fictional tale based on a real life bus ‘Supersonic’ which flew in the imagination of the many young children who visited him.’