Sold by: Central Media Shop
Add to Cart
$12.20
& FREE Shipping on eligible orders. Details
Sold by: Amazon.com
Have one to sell?
Sell on Amazon 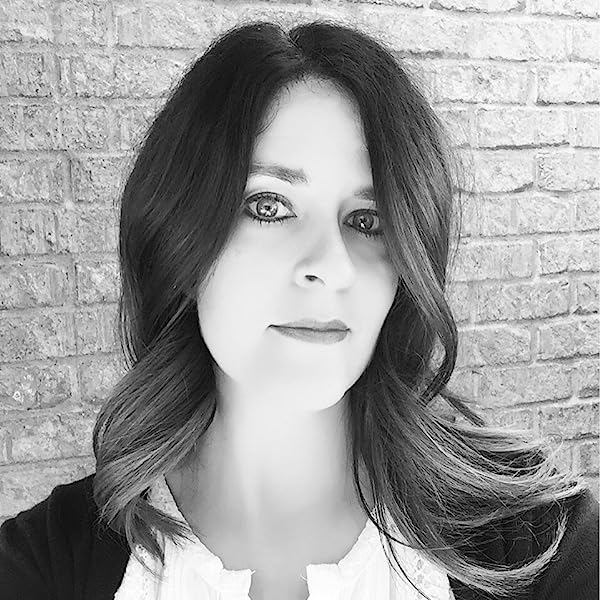 A Conversation with Ashley Herring Blake

The author of Suffer Love talks about her childhood rock star Disney dreams, love of really great ghost stories, and the inspiration behind her romantic debut novel.

Did you always want to become a writer?

I’ve always loved writing and reading, but I cycled through a lot of potential careers before settling on writing. As a kid, I wanted to be a marine biologist, a singer for Disney, and a teacher. I did become a teacher and had barely started that career when I decided to pursue writing with gusto.

What did you read when you were a kid?

Anne of Green Gables and the Baby-Sitters Club series were definite favorites. I also read a lot of Judy Blume and Sweet Valley High. I had a penchant for ghost stories as well, and Mary Downing Hahn’s Wait Till Helen Comes remains one of my favorite books ever.

How often do you write?

It depends. If I’m drafting a new book, I like to write every day until I have the first draft finished. Every now and then I’ll skip a day, but if I miss too many, I lose the momentum of what’s happening with my characters. After I complete a draft, I usually take a week or two before diving back into revision. Truthfully, I have a hard time going too long without working on something, whether planning, drafting, or revising. Me without a project in mind equals major anxiety!

Where do you write?

I like writing at home if I can, and I have a little office nook that’s perfect for writing. I also love writing surrounded by books, so I’ll write on the couch near my largest bookshelf a lot. Every now and then, I venture into coffeeshops.

What inspired you to write Suffer Love?

There were a few ideas that really fascinated me when I started Suffer Love. One, I was intrigued by how teens dealt with family trauma, particularly infidelity. Two, I was interested in exploring what happens when one tells a lie with good intentions. I loved diving into both of those emotional realms with Sam and Hadley.

What is your favorite book that you have not written?

Oh, wow, I have so many. But I’d have to say Jandy Nelson’s The Sky Is Everywhere. That book is super-special to me—it’s one that helped me see that I wanted to write contemporary YA and it really helped me through a difficult time of loss. Such a beautiful book.

Are you working on anything new now?

I am! I have another book, How to Make a Wish, coming out with Houghton Mifflin Harcourt in 2017, and I’m also in the middle of drafting another contemporary YA.

Gr 9 Up-A classic romance for modern readers. Hadley St. Clair has been in Woodmont, TN, for less than a year but already has a reputation for fast hookups. She is an expert at pushing people away, especially her father, who was busted back in Nashville for having an affair. Her spontaneous make-out sessions are her attempt to bury the pain. When a handsome new student becomes her partner in English class, Hadley finds herself unable to stay emotionally distant. Sam also falls hard for Hadley. The problem? Sam's mother had the affair with Hadley's father. He and his younger sister, Livy, know who Hadley is, but Hadley doesn't know Sam's true identity. His struggle is complicated because his sister was the one who outed the affair to Hadley's family. Just when Hadley felt she had someone she could rely on, the truth comes out, threatening her relationship with Sam. Echoes of Shakespeare's Much Ado About Nothing are featured throughout this novel about a relationship that's full of secrets, half-truths, and hidden identities. Flawed adults are juxtaposed against seemingly more mature teenagers. Blake forces the question-what do we do when the people we are meant to trust the most, our parents, let us down the hardest? VERDICT A strong choice for YA collections, especially where romance is popular.-Carrie Finberg, South Park High School, PAα(c) Copyright 2011. Library Journals LLC, a wholly owned subsidiary of Media Source, Inc. No redistribution permitted.

“Sam and Hadley's palpable and steamy romance had my heart racing. This heartfelt, realistic story kept me up reading all night long. I loved this book."—Miranda Kenneally, bestselling author of Catching Jordan

“Shakespeare references, betrayal, and a teacup piglet: what more could you want in a modern love story?” –Courtney C. Stevens, author of Faking Normal and The Lies About Truth

“An emotionally vivid, fearlessly honest portrait of two very human families, with a love story that will make you ache. Utterly beautiful.”
—Becky Albertalli, author of Simon vs. the Homo Sapiens Agenda

"[Blake] writes a believable, emotionally satisfying romance that relies on realistic characterizations rather than supermodel good looks, fashion, and standard plot devices. It's a refreshing change from the far more common standard romances that so often become formulaic, and the well-integrated literary references are a bonus. A smart, satisfying romance."
—Kirkus

"Debut author Blake puts the teens in a near-impossible situation, adeptly showing how Sam and Hadley can be more adult in handling the complications of romance than all four of their parents . . . Readers will be left thinking about the ways love can both hurt and heal."
—Publishers Weekly

"A strong choice for YA collections, especially where romance is popular."
—School Library Journal

"Sam and Hadley are appealing and engaging characters, especially when Hadley devastatingly, sympathetically learns the truth. Blake doesn’t opt for the easy, happily-ever-after ending, instead emphasizing that relationships are work and need to be handled with care."
—Booklist

Ashley Herring Blake used to write songs and now she writes books, including Suffer Love and How to Make a Wish. She reads them a lot too and has been known to stare wistfully at her bookshelves. She lives in Nashville, TN with her husband and two sons. www.ashleyherringblake.com
Twitter: @ashleyhblake
Instagram: @ashleyhblake
Read more