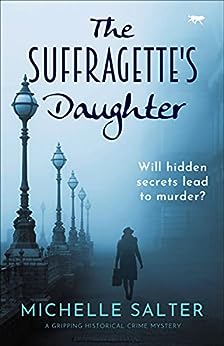 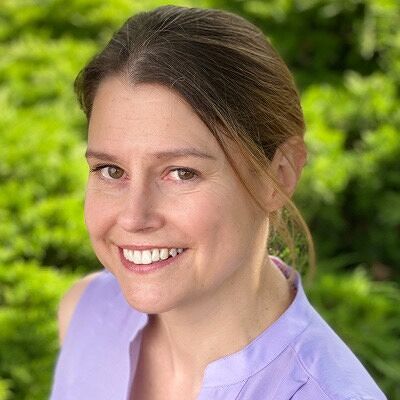 impulsesleuthcat
4.0 out of 5 stars An intelligent feminist sleuth living in interesting times
Reviewed in the United States on March 16, 2021
Iris Woodmore is a junior reporter in a quiet country village where the inhabitants are slowly recovering from the hardships and devastation of the Great War. Iris also struggles with her unresolved grief and anger over her mother's death. Her mother was a suffragette, a follower of Emmeline Pankhurst, who had a reputation for radical tactics. A chance encounter with a Thames waterman causes Iris to question if she knows the truth about the accident that killed her mother, and she becomes obsessed with tracking down her mother's comrades from her suffragette days to learn the truth. But her enquiries rake up some dangerous secrets. Meanwhile, back in Walden, there is a hotly contested by-election which Iris has to cover for the local paper, featuring not one but two female candidates who, to use a modern term, appear to be frenemies.
Michelle Salter makes intelligent use of the historical setting in a story that includes women's rights, the class system, post-war economic chaos, and political corruption. The exposition of historical detail seems accurate to me, and is not excessively heavy-handed.
Although it took several chapters for me to get a feel for who the protagonist was, and what she was like, by the end of the book, Iris Woodmore is established as an intelligent amateur detective. She single-handedly uncovers the vital clues in a murder case in which, for much of the story, you are kept guessing about who is the villain, and you can't even be sure about who is a victim. Iris also has a supporting cast of interesting characters, such as the wealthy and confident Mrs. Siddons, and an endearingly irrepressible young man named Percy Baverstock. The surprising conclusion of the story neatly sets us up for a next episode in Iris's adventures.
I received an advance copy of this novel with no expectation of a review.
Read more
Helpful
Report abuse

Vivian
3.0 out of 5 stars Enjoyable read
Reviewed in the United States on March 10, 2021
This book was an interesting easy read. Plot was easy to follow and had some twists that you don't see coming.
Iris is a young woman working as a journalist in 1920s England, she's the daughter of a suffragete who dies after a protest in 1914.

Iris starts looking into her mother's death after visiting the House of Commons and being told by a waterman that her mother didn't fall into the River Thames but jumped instead.

Her investigation reveals lots of secrets and uncovers painful lies about her mother, the people in her life and in present time the people that live in the same town as her.

At times the book drags a little bit and makes us feel that Iris's investigative skills are more important than the suffragette's story line.

Faye Ridpath
5.0 out of 5 stars Couldn't Stop Reading
Reviewed in the United States on March 22, 2021
This was a wonderfully written historical fiction mystery.

It is also a commentary on how times have changed. I've been appalled by things in the present lately, but this book helped me realize we really have come a long way.

The book was very gripping and I stayed up much later than I should have because I couldn't stop turning the pages.

It appears this is going to be a series and I am excited to read more.

Thank you, Bloodhound Books for the opportunity to read this book.
Read more
Helpful
Report abuse

Bobbi Jo Wagner
4.0 out of 5 stars great story
Reviewed in the United States on March 24, 2021
I enjoyed this suspenseful story. This is a little different book for me but I really enjoyed it from beginning to end. The characters are relateable and really brought the story to life for me. The twists and turns kept me turning pages just to find out what would happen next. This is a well developed story that made me feel as if I was a part of the story. This is a story about Iris and her journey to find out what really happened to her mother. It was worth the pick up and I highly recommend it.
Read more
Helpful
Report abuse

Kayli
5.0 out of 5 stars Enjoyable
Reviewed in the United States on March 17, 2021
This was an enjoyable book to read. It made me feel like I was living in 1920s England. The people were trying to recover from a war and Iris was still trying to come to grips with her mother’s death several years before. Even though she is technically an adult, she is trying to find her way as a woman in a world where there are certain expectations put on women to act their gender and class.

As for the plot, it definitely took some twists and turns I was not expecting, which made me want to read it even more. All in all, if you like historical fiction and crime, this is the book for you.
Read more
Helpful
Report abuse

Megan
3.0 out of 5 stars Not Really About Suffragette History But Enjoyable
Reviewed in the United States on March 21, 2021
There are many arcs in this story, so pay attention. It can get a little confusing at times. The death of Iris’ mother is a tiny fraction of the whole story, so don’t go in expecting that too be a big focus. Very little of this book has to do with suffragettes. I would classify it more as a mystery than historical fiction.
It’s get a little bogged down in the middle but the end wraps up all things neatly.
Read more
Helpful
Report abuse

Kindle Customer C📲📱🔖📚📖
4.0 out of 5 stars All lastest news is keys to solve it.🔍
Reviewed in the United States on March 30, 2021
This is a story is entertaining to read about a young woman, solving a past dealing with her mother a woman she can be proud of. The female character Iris a young woman Journalist in the 1920's in England. This book have suspense it's a rollercoaster ride of twist and turn to find out about to happen with other wonderful characters in her life.
Read more
Helpful
Report abuse

Amazon Customer
4.0 out of 5 stars Interesting Historical Mystery
Reviewed in the United States on March 22, 2021
Iris is a journalist who has believed that her mother's death was caused by someone chasing after her during a Suffragist protest. When Iris visits the spot her mom fell into the Thames River a man tells her that he saw her mother jump into the river on purpose. Iris begins to investigate the circumstances surrounding her mother's death.
This book was well written and it seems like the author thoroughly researched life during the early 1900s. There were enough twists and turns to keep you guessing until the end. Good read for fans of Historical fiction and mystery. Be aware it is heavy on the politics of the time.
Read more
Helpful
Report abuse
See all reviews

sarah bourne
5.0 out of 5 stars Highly recommended
Reviewed in the United Kingdom on July 24, 2021
Verified Purchase
What a great book! I loved the characters and the ever deepening plot. Certainly kept me turning the pages. I’m already looking forward to the next Iris Woodmore book and hoping that some of the other characters we’ve been introduced to in this book appear again! Highly recommend this book to anyone who like historical fiction and a twisty plot
Read more
One person found this helpful
Report abuse

Amazon Customer
5.0 out of 5 stars A page turning mystery
Reviewed in the United Kingdom on March 28, 2021
Verified Purchase
I found this to be a real page turner and couldn't put it down. So much so that I stayed up until the early hours to find out what happens. The ending did not disappoint. A thoroughly enjoyable novel. I'm looking forward to the next in the series.
Read more
2 people found this helpful
Report abuse
See all reviews
Back to top
Get to Know Us
Make Money with Us
Amazon Payment Products
Let Us Help You
EnglishChoose a language for shopping. United StatesChoose a country/region for shopping.
© 1996-2021, Amazon.com, Inc. or its affiliates