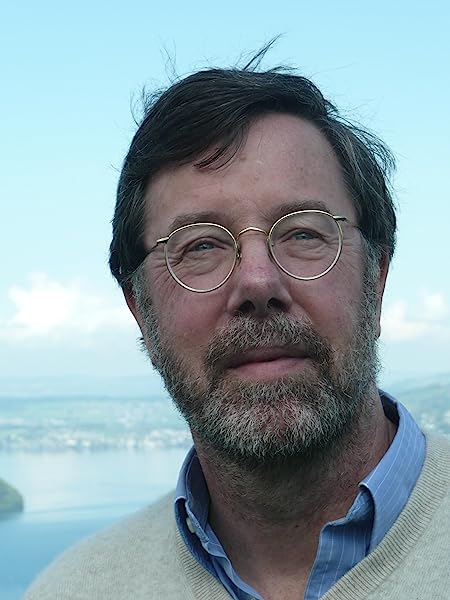 Sufism: The Transformation of the Heart Paperback – June 1, 1995

Vaughan-Lee's book is a contribution to the expanding (and already extensive) body of works synthesizing Sufism with Jungian psychology. It has the virtue of a straightforward and accessible introduction to Sufism as a practice of Islam. Its syncretic approach is consistent with Sufi and Jungian traditions and will no doubt prove appealing to a large audience of eclectic seekers after spiritual fulfillment. The tone is more devotional than didactic, but that, too, is consistent with Sufism, which has most often directed its appeal to the heart more than to the head. Steve Schroeder

Llewellyn Vaughan-Lee is a Sufi teacher specializing in the area of dreamwork.

Start reading Sufism: The Transformation of the Heart on your Kindle in under a minute.

4.4 out of 5 stars
4.4 out of 5
84 global ratings
How are ratings calculated?
To calculate the overall star rating and percentage breakdown by star, we don’t use a simple average. Instead, our system considers things like how recent a review is and if the reviewer bought the item on Amazon. It also analyzes reviews to verify trustworthiness.
Top reviews

Erianto Rachman
5.0 out of 5 stars I believe in Sufi Teaching
Reviewed in the United States on May 6, 2013
Verified Purchase
I bought this book not by accident. I am a moslem and I wanted to learn the real meaning of what is written in Quran. Real meaning of life, and the Ultimate Reality. So I bought this book and some others. And I found my answers in Sufi teaching. Now I am looking for a teacher. And I believe my heart will show me. The light in the self will show me.
This book is very important. It ushers you (readers) into understanding Sufism.
I live in Java, the land of spiritual, and I learnt mysticism in my family. I also read many books about Physics, theoretical physics and cosmology.
I read about Hinduism; The Upanishads, Bhagavad Gita, and others. All of these is to understand the ultimate truth of Reality.

Yet Sufism blew my mind away and reshaped what I have learnt to something more meaningful, and everything now felt so right, perfect, and doubtless.
The Science of physics and the spiritual-the mystic are ONE. Literally.
I see the nature and people in it differently. I have no fear nor doubt. Very calm. Very peaceful. Full of love. The Love of God.

My brothers and sisters, let there be no hatred in this world. Only Peace and Love. Because we are One. One of God.
La Illaha illallah. There is no God but God.

Denny Irwin
5.0 out of 5 stars but these two books have satisfied my quest
Reviewed in the United States on February 3, 2015
Verified Purchase
For years I had no true understanding of the term "heart" other than in the context of a blood pump and/or some elusive indescribable motion. Between "Sufism: The Transformation of the Heart" and "The Knowing Heart: A Sufi Path of Transformation" by Kabir Helminski, I now have a much more meaningful understanding of this profound word, "heart". I could not find such work within the frame work of Christianity, but these two books have satisfied my quest.
Read more
2 people found this helpful
Helpful
Comment Report abuse

Renee
5.0 out of 5 stars Learned a lot about Islam...
Reviewed in the United States on November 7, 2012
Verified Purchase
I am a reader, it has always been a hobby for me and
I love the feel of a book in my hand and owning a copy
of the book. I read to know that I am not alone and this
was one book that taught me a whole lot...We are more alike
than different. The book gives a history of the Islam belief
and the Muslim true culture. It also tells us that we
are looking for the same thing...Love...Love for God, Love for
others, and Love for self. Reading this book gave me hope for
my belief...We Are One...One In God.
Read more
23 people found this helpful
Helpful
Comment Report abuse

Carrie
5.0 out of 5 stars Wow!
Reviewed in the United States on February 22, 2014
Verified Purchase
I got goose bumps repeatedly while reading this book. Love just pours from this book as you read it. You smile because you feel so good absorbing the words. I bought this book because I wanted to know more about Sufism. I'm so glad I did. This book stays on my night stand so I can refer to for inspiration on a regular basis. Thank you Llewellyn Vaughan-Lee for sharing such beautiful writing with all of us!
Read more
Helpful
Comment Report abuse

Karsiyaka
1.0 out of 5 stars Not Doing Justice to Llewellyn or Sufism
Reviewed in the United States on August 1, 2013
Verified Purchase
I bought this book after watching an interview of the author on Oprah since I had wanted to learn more about Sufism and Rumi for a long time. Although during the interview Llewellyn was very impressive, this book is not. I was reluctant to write an unfavorable review, so I went ahead and read the book the second time, did a lot of research on the internet and watched Llewellyn's almost an hour long video called "We Are All One: Full Interview with Llewellyn Vaugh-Lee" and his interview with Oprah on the internet before writing the review.

According to the book's definition, "Sufi is a name given to a band of mystics who are lovers of God". The goal in Sufism or a Sufi is to become one with God by mediating and chanting (dhikr). Some of the concepts are similar to other spiritual teachings such as "Divinity of humans" (Holy Spirit or God living in every human like Unity teachings), "The real reason of unhappiness or feelings of unfulfillment is the result of separation from God" ("A Course in Miracles") ," Living in the world but not of it" (Bible) and "Living in the presence of God every moment" (Marianne Williamson's writings)

After finishing it, I was terribly disappointed by the book which is terribly dry, abstract and repetitious. ( "The mind and the ego can never grasp an experience of total unity in which there is no distinction between observer and observed, but the heart's experience of His unity is reflected into our ordinary consciousness." )I learned more about Sufism from a three minute video of Jonathan Brown from Georgetown University, a video clip of a documentary about Sufism by PBS on the internet and Rumi's official website maintained by his descendants(Mevlana Rumi), than reading this book.(Mevlana Rumi's website also has a list of recommended books in English. If you click on each book's web link, it takes to Amazon.com, where you can buy the books.)

However, my major disappointment about this book was the dedication of one third of the book, fifty pages, to Carl Jung and his dream work while briefly mentioning Rumi, two pages, the first person comes to mind in many circles talking about Sufism. (Since I did a lot of reading about Jung years ago, I did not buy this book to learn about Jung but Sufism) Not to mention, there was no coverage of Omar Khayyam or Al-Ghazali "whose influences extended beyond Muslim lands and Western philosophers and theologians" according to my internet research.

In this age of separation, alienation and strife, we need more enlightened spiritual teachers like Llewelly and his message of universal love and unity. ("God is all there is, everything is God's expression of Himself and God is love."/ "Whatsoever you turn, there is the face of God") One can't help but admire his command of the English language when he talks, brilliance, level of spiritual enlightenment, and dedication of spreading the message of universal love (Sufism) to masses. I wish he would write the way he talks because if readers, who don't know much about the subject matter unlike him, don't understand the book, the message is not going to reach the target audience. (I highly recommend watching his an hour long video called "We Are All One" on the internet to really appreciate him.)
Read more
52 people found this helpful
Helpful
Comment Report abuse

Joy and more joy
5.0 out of 5 stars Heart Transforming purchased from Amazon
Reviewed in the United States on September 21, 2012
Verified Purchase
I saw this author on Oprah's Super Soul Sunday about a month ago. When Lewellen Vaughn-Lee shared that there are at least 99 words for God, but the Sufi's say "Beloved," my heart opened and I felt transformed. All the other words for God did not resonate with me...too remote or not meaningful, just words. "Beloved" was the key for me, I felt it in my heart and tears sprung to my eyes.

The gentleness in this man made me want more. I immediately downloaded Sufism: The Transformation of the Heart on my Amazon Kindle. At the same time I ordered the paperback from Amazon as well. The book is well written, gentle in nature, and on my bedside table. I whole heartedly recommend it.
Read more
27 people found this helpful
Helpful
Comment Report abuse
See all reviews

simon
5.0 out of 5 stars Very good indeed
Reviewed in the United Kingdom on November 17, 2014
Verified Purchase
I have read many books on sufism and this one is an inspiration. it is both detailed and descriptive, but he ensures that all of the spiritual concepts mpake perfect sense. I loved his advice to accept the shadow and work with it. I just wish I had his faith and commitment to the path. maybe one day! recommended.
Read more
8 people found this helpful
Report abuse

crystal craig (star)
5.0 out of 5 stars A wonderful and informative book
Reviewed in the United Kingdom on October 13, 2014
Verified Purchase
A wonderful and informative book.Easy to read and understand. I will recommend it to my friends.Thank you. It arrived earlier than expected and in good condition.
Read more
2 people found this helpful
Report abuse