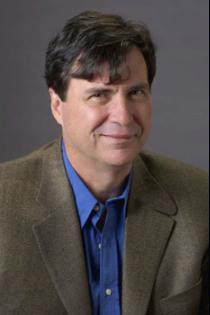 by Andrew F. Smith (Author)
4.5 out of 5 stars 12 ratings
Part of: Edible (91 books)
See all formats and editions
Sorry, there was a problem loading this page. Try again.

It’s no surprise that sugar has been on our minds for millennia. First cultivated in New Guinea around 8,000 B.C.E., this addictive sweetener has since come to dominate our appetites—whether in candy, desserts, soft drinks, or even pasta sauces—for better and for worse. In this book, Andrew F. Smith offers a fascinating history of this simultaneously beloved and reviled ingredient, holding its incredible value as a global commodity up against its darker legacies of slavery and widespread obesity.

As Smith demonstrates, sugar’s past is chockfull of determined adventurers: relentless sugar barons and plantation owners who worked alongside plant breeders, food processors, distributors, and politicians to build a business based on our cravings. Exploring both the sugarcane and sugar beet industries, he tells story after story of those who have made fortunes and those who have met demise all because of sugar’s simple but profound hold on our palates. Delightful and surprisingly action-packed, this book offers a layered and definitive tale of sugar and the many people who have been caught in its spell—from barons to slaves, from chefs to the countless among us born with that insatiable devil, the sweet tooth.
Read more
Previous page
Next page

More books in the Edible series


Andrew F. Smith teaches at the New School in New York City. He is the author or editor of thirty-two books, including the Oxford Encyclopedia on Food and Drink in America.

Andrew F. Smith has taught food studies at the New School since 1996. His various courses have included food controversies, food history, food writing and culinary luminaries. He is the author or editor of twenty-eight books, including the award-winning Oxford Encyclopedia on Food and Drink in America (OUP, 2013), Sugar: A Global History (Reaktion, April 2015) and Savoring Gotham: A Food Lover's Companion to New York City (Oxford University Press, November 2015). He is currently under contract to write a three-volume reference work on food controversies related to the environment, health and the economy. He serves as the editor for the "Edible Series" and the "Food Controversies Series" at Reaktion Books in the United Kingdom. He has written more than five hundred articles in academic journals, popular magazines and newspapers, and has served as a consultant to several television series, including the six-episode series, "Eat: The Story of Food," that aired on the National Geographic Channel in the fall of 2014. Formerly, he directed the Center for Teaching International Relations at the University of Denver, and has directed several national and international non-for-profit organizations. For more about him, visit his website: www.andrewfsmith.com

Andrew F. Smith has delivered more than fifteen hundred presentations on various educational, historical, and international topics, and has organized seventy-three major conferences. He has been frequently interviewed by and quoted in newspapers, journals and magazines, such as the New York Times, New Yorker, Reader's Digest, Los Angeles Times, Atlanta Constitution, Chicago Tribune, Fortune Magazine and The Wall Street Journal. I have been regularly interviewed on radio and television, including National Public Radio and the Food Network.

Anne Lacombe
5.0 out of 5 stars Read it, buy it an give copies to all your friends.
Reviewed in the United States 🇺🇸 on March 3, 2016
Verified Purchase
Masterpiece of information. Great intelligence. You see the history of the world, and you see the creation of a commodity. And you see where sugar is today: many places where it should not be. Wonderful reading. You will want to give it to all your friends!
Read more
Helpful
Report abuse

lyndonbrecht
4.0 out of 5 stars Overall perhaps a more sour than sweet history (see Chapter 7) but an informative, largely historical book.
Reviewed in the United States 🇺🇸 on May 14, 2015
This is typical of the series, brief, excellently illustrated, with solid writing and at the end, recipes, a time line and additional reading. I liked the book, but found some of the history a bit cursory. It gets better in later chapters.

Chapters 1 through 3 are a history from domestication through about 1900. The first written accounts are from northern India 2,500 years ago, with the region of domestication not agreed on. The sequence includes the migration of production to the Middle East, Egypt, Cyprus and the Mediterranean islands, the Atlantic islands and so on to the Caribbean and Brazil. The history is interesting but fast-paced. The usual problem is the lack of labor and so the crop has long had an association with compelled labor and slavery. Anyone reading this the first time will note the huge demographic effect of sugar, bringing African slaves to the New World, and accounting for the intricate ethnic mix of places like Hawai'i.

I found Chapter 4, a history of how sugar was used, to be the most interesting. Sugar was not only a sweetener but a medicine. There are mentions of sugar in English accounts as early as the 1200s. The most popular drink in the Middle Ages, says Smith, was Hippocras, a spiced wine than was originally made with honey but sugar replaced it. Sugar history merged with that of coffee, tea and chocolate, and is nicely covered in this chapter.

Chapter 5 is on candy and sweets, and includes, briefly, the origins of some of today's major manufacturers and brands. Chapter 6 focuses on the US and is an excellent discussion of the development of sugar-loaded processed foods and soft drinks. There's some interesting discussion of doughnuts. Chapter 7, "Sugar Blues," goes into the dental and dietary problems associated with sugar consumption, not just refined cane sugar but corn sugar and artificial sweeteners. Chapter 7 is the second best chapter.

Abi Denton
4.0 out of 5 stars Four Stars
Reviewed in the United Kingdom 🇬🇧 on September 5, 2016
Verified Purchase
Useful for my essay writing and an interesting read.
Read more
Report abuse
See all reviews