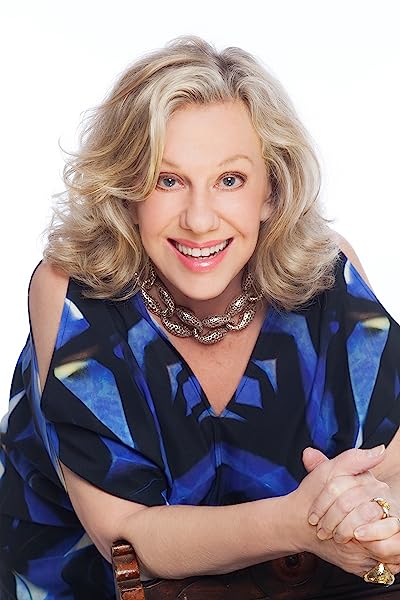 by Erica Jong (Author)
4.0 out of 5 stars 51 ratings
See all formats and editions
Sorry, there was a problem loading this page. Try again.
I need a little sugar in my bowl,
I need a little hot dog, on my roll
I can stand a bit of lovin’, oh so bad,
I feel so funny, I feel so sad
—Bessie Smith

When it comes to sex, what do women want? In this eye-opening and courageous collection, Erica Jong reveals that every woman has her own answer. Susan Cheever talks about the “excruciating hazards of casual sex,” while Gail Collins recounts her Catholic upbringing in Cincinnati and the nuns who passionately forbade her from having “carnal relations.” In “Everything Must Go,” Jennifer Weiner explores how, in love, the body can play just as big a role as the heart. The octogenarians in Karen Abbott’s sharp-eyed piece possess a passion that could give Betty White a run for her money. Molly Jong-Fast reflects on her unconventional upbringing and why a whole generation of young women have rejected “free love” in favor of Bugaboo strollers and Mommy-and-me yoga. Sex, it turns out, can be as fleeting, heavy, mundane, and intense as the rest of life. Indeed, Jong states in her powerful introduction “the truth is—sex is life.”

"Unmissing: A Thriller" by Minka Kent for $7.99
A return from the past knocks a family dangerously off-balance in a novel of spiraling suspense by Washington Post and Wall Street Journal bestselling author Minka Kent. | Learn more

“The women of this collection make the case that good sex is never exclusively about the act, but also about how you approach it.” (NPR )

“Reading Sugar in My Bowl offers a rare opportunity to peer in on a breadth of intimate sexual experiences, a wide variety of motivations, and problems and desires you never knew existed-as well as the little thrill of stumbling upon a story that sounds like your own.” (Slate Double XX )

“Abundant with affairs, marriages, motherhood and our sexual sense of mortality it is a thoughtful read, a perfect aperitif on a summer evening. The stories penetrate a secret space in our brains we so often neglect: our sense of sexuality.” (Forbes )

“Jong has crafted candid accounts of love and passion from renowned female writers into a sensual and sensitive read.” (Interview )

“[Sugar in My Bowl] runs the gamut from pornographic and hilarious to ironic and poignant. The result is a fun, quick, beach read, requiring as much or as little intellectual energy as the reader chooses to invest.” (Chicago Sun-Times )

“You can take these women seriously, laugh, squirm, and put hand over mouth at their weird, exciting, uncomfortable, joyous tales of ardor, while still admiring the agility of their prose.” (The Daily )

“In this no-holds-barred collection of essays by ‘real women’ about ‘real sex,’ Jong has assembled an eclectic group of authors. [Sugar in My Bowl] is at its most profound when truth illuminates sex as a force in which these women found empowerment.” (Publishers Weekly )

“Sugar in My Bowl is proof positive that women can write seriously about sex and live to tell. It represents a remarkable smorgasbord of experience and perspective, and there’s a dish here for everyone.” (Shelf Awareness )

“’The Vagina Monologue’‘s Eve Ensler, New York Times columnist Gail Collins, and Jong’s own daughter, Molly Jong-Fast, all opened up about bumpin’ uglies for this scintillating book we couldn’t put down. Sugar In My Bowl may not be better than the big O, but it sure comes close.” (The Frisky )

“These pieces honestly and thoughtfully explore sex and its role in our society from a woman’s perspective, from its place in youth to the golden years....with Sugar in My Bowl Jong has curated a consistently eye-opening and thoroughly readable volume.” (LargeHearted Boy Blog )

“The enticing, thoughtful Sugar in My Bowl proves to be a powerful exploration of women’s relationship to sex.” (Entertainment Realm )

“This book is a Thanksgiving dinner in which each story is a dish more scrumptious, more touchingly homemade than the last. All are so very different, but together they comprise a joyous feast: [an] examination-cum-celebration of female sex and sexuality. A must-read.” (Gender Across Borders )

“The passion, tragedy, and hope—offered by courageous women who express raw feelings that society tends to silence—will resonate.” (Library Journal )

“A refreshing and new contribution to literature about women’s sex lives.” (HerCircleEzine.com )

Erica Jong is an award-winning poet, novelist, and essayist best known for her eight bestselling novels, including the international bestseller Fear of Flying. She is also the author of seven award-winning collections of poetry.

Erica Jong--novelist, poet, and essayist--has consistently used her craft to help provide women with a powerful and rational voice in forging a feminist consciousness. She has published 23 books, including nine novels, seven volumes of poetry, six books of non-fiction and numerous articles in magazines and newspapers such as The New York Times, The Sunday Times of London, Elle, Vogue, The New York Times Book Review and The Wall Street Journal.

In her groundbreaking first novel, Fear of Flying (20 million in print around the world in more than forty languages), she introduced Isadora Wing, who also plays a central part in three subsequent novels--How to Save Your Own Life, Parachutes and Kisses, and Any Woman's Blues. In her three historical novels--Fanny, Shylock's Daughter, and Sappho's Leap--she demonstrates her mastery of eighteenth-century British literature, the verses of Shakespeare, and ancient Greek lyric, respectively. Erica's memoir of her life as a writer, Seducing the Demon: Writing for My Life, came out in March 2006. It was a national bestseller in the US and many other countries. Erica's much anticipated novel, Fear of Dying, is due for publication by St. Martin's Press in September 2015.

A graduate of Barnard College and Columbia University's Graduate Faculties where she received her M.A. in 18th Century English Literature, Erica Jong also attended Columbia's graduate writing program where she studied poetry with Stanley Kunitz and Mark Strand. In 2008, continuing her long-standing relationship with the university, a large collection of Erica's archival material was acquired by Columbia University's Rare Book & Manuscript Library, where it will be available to graduate and undergraduate students. Ms. Jong plans to teach master classes at Columbia and also advise the Rare Book Library on the acquisition of other women writers' archives.

Calling herself "a defrocked academic," Ms. Jong has partly returned to her roots as a scholar. She has taught at Ben Gurion University in Israel, Bennington College in the U.S., Breadloaf Writers' Conference in Vermont and many other distinguished writing programs and universities. She loves to teach and lecture, though her skill in these areas has sometimes crowded her writing projects. "As long as I am communicating the gift of literature, I'm happy," Jong says. A poet at heart, Ms. Jong believes that words can save the world.

Known for her commitment to women's rights, authors' rights and free expression, Ms. Jong is a frequent lecturer in the U.S. and abroad. She served as president of The Authors' Guild from 1991 to 1993 and still serves on the Board. She established a program for young writers at her alma mater, Barnard College. The Erica Mann Jong Writing Center at Barnard teaches students the art of peer tutoring and editing.

4.0 out of 5 stars
4 out of 5
51 global ratings
How customer reviews and ratings work

Pamela
4.0 out of 5 stars Sugar in My Bowl
Reviewed in the United States 🇺🇸 on October 31, 2015
Verified Purchase
Interesting to say the least. These are memories of many different women and their
sexual experiences. Some are good and some are not so good.

But I did find it interesting - reading about these experiences. Sometimes, we
as women wonder where we stand in the sexual arena and with this book -
we can place ourselves as "normal human beings".
Pamela
Read more
2 people found this helpful
Helpful
Report abuse

Sharif
4.0 out of 5 stars personal essays and short stories
Reviewed in the United States 🇺🇸 on November 16, 2014
Verified Purchase
This is a collection of personal essays and short stories about the female experience and womanly desires. The contributors are diverse in age and religion--not so much in race, from what I could tell when there are no author photos, although one writer is Asian. Since it's an anthology, some pieces were better than others were. I had my favorites and ones I perceived as average. Overall, I give this book four stars.
Read more
2 people found this helpful
Helpful
Report abuse

Amazon Customer
4.0 out of 5 stars Sugar in my Bowl (Amazon.com)
Reviewed in the United States 🇺🇸 on August 27, 2011
Verified Purchase
This was an interesting collection of articles...some were super some struck me as goofy. All in all, I probably would buy this book again and I have shared it with my buddies.
Read more
Helpful
Report abuse

Lisa
3.0 out of 5 stars Admire that the authors give the opportunity to talk about what women never talk about.....
Reviewed in the United States 🇺🇸 on December 19, 2012
Verified Purchase
Welcome back Erica Jong! There are so many opinions about the role of women in society, but we all are inundated with roles to perform, we seldom have the opportunity for discussion about those opinions. I felt many different emotions while I read this book, which is what makes a book terrific!
Read more
Helpful
Report abuse

glozee99
3.0 out of 5 stars kind of disappointed
Reviewed in the United States 🇺🇸 on April 9, 2013
Verified Purchase
it was a good book but i was expecting something more i think - it did introduce me to a bunch of new authors though
Read more
Helpful
Report abuse
See all reviews

cartoon
1.0 out of 5 stars You have let us down Erica
Reviewed in the United Kingdom 🇬🇧 on July 9, 2014
Verified Purchase
As a woman who thought that Erica Jong and her fellow writers of 70s were the best thing I had ever read as a student in my teenage years , this book is the biggest let down ever . Its just dull and old fashioned . it cant decide whether to be a series of throw away essays re how sex was in olden days or a set of very watered down erotica . There is so much great eye opening confessional and hot writing by women re sex , this isn't it . The fact that the opening discusses vegetarian food in spain on the night a child was conceived just made me realise that these writers were afraid of writing about sex.
Read more
3 people found this helpful
Report abuse

CLEOPATRA
2.0 out of 5 stars NO
Reviewed in the United Kingdom 🇬🇧 on October 1, 2014
Verified Purchase
RUBBISH
Read more
One person found this helpful
Report abuse