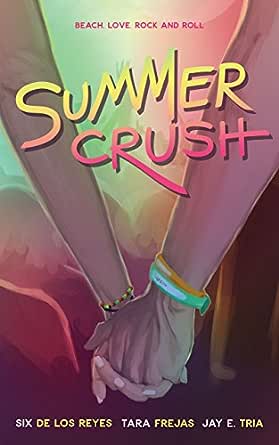 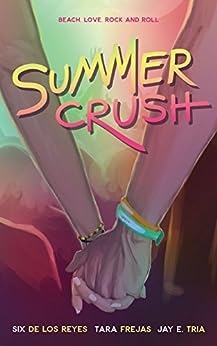 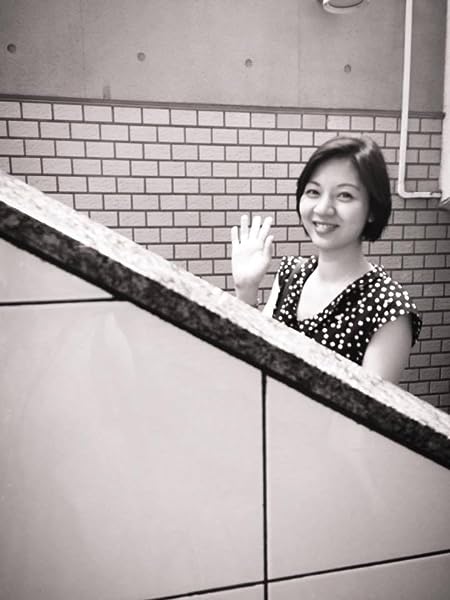 4.8 out of 5 stars
4.8 out of 5
13 customer ratings
How does Amazon calculate star ratings?
Amazon calculates a product’s star ratings based on a machine learned model instead of a raw data average. The model takes into account factors including the age of a rating, whether the ratings are from verified purchasers, and factors that establish reviewer trustworthiness.
Top Reviews

That was the first thing i noted when i began reading, and of course it did! I expected nothing less. Summer Crush happens during a music festival after all :D

I LOOOVED this book so so much. One thing I can advise, though, make sure you read the longer books by each author to get a grasp/sense of the characters and their stories. So definitely read The Playlist series, Scandalized, Just for the Record and Feel Like Summer before starting this one, you'll appreciate the many gems found in this for sure.

I'll admit the only one I didnt read was Just for the Record, so Rhys and Isaiah (and Nico) were the only ones I wasn't familiar with, but the author (Six) definitely did a good job of providing background story, that wasn't info dumpy in anyway but just came about organically as the characters mused on things, and talked with each other, so i wasn't truly lost. And i did like Rhys a lot, she's great, but I felt because i missed her previous book that i may have lost some of the omg i know them and love them that i got with the previous characters.

And omg I loved revisiting with Trainman, East genesis Project and Arabella. These three authors have crafted such amazing, multi faceted characters. The cast is large (i mean it does span the authors three different universes after all) but at no time did any characters' personality get lost in the shuffle. Each character has such distinct voice you just sit there going yes, omg of course they'd think or say that.

I found myself, chuckling alot. You have all these kids in the same space for all this time, things are gonna get ridiculously hilarious. And feelsyyyy.

This book sealed it for me: Gabe and Fi were my fave couple. Together they had some of my favourite scenes (that towel scene *cough*) Their banter is just so easy and fun and i'm sure by now everyone knows how much I looove good banter between characters, especially the MC and LI. Gabriel cares for her sooo much (cries forever)

And the music in this. My word, the music is a huge character in it's own way, sweeping throughout, mixing, blending these three universes, it's the thing that ties all these characters together after all, making this crossover so darn epic and I just loove it ok. The songs chapters, i love them so much and damn the talent of these three authors just blows me away, seriously.

And the friendshiiiiiiiips. So wonderful, as wonderful as all those glistening abs that were on display all over the place (thanks for this beach setting lol) Finally, we get Fi, Ana and Jill in the same space. I love the guys but hells yehhh female friendship foreverrr.

Ok, this is getting long and gushy, but before i wrap up: That ending? The thank yous from the members of each band. The afterparty? Thumbs up for everything, cackles forever

The one mystery, though: Those condom promo dudes, what even??? >.> they were hilarious but the end had me feelings just has drunk as Gabe/Miki and Isaiah LOL

Also: never forget the Shinta standee. Read to make sense of this statement.

highly recommend this one (after you read the books mentioned above of course :)

Oh! one more thing, even though Yihwan still got on my nerves, I do hope he finds is HEA someday. I want stories for all the remaining boys
Read more
One person found this helpful
Helpful
Comment Report abuse

Ana
5.0 out of 5 stars Take me to the beach now, please.
Reviewed in the United States on May 19, 2017
Verified Purchase
I was literally standing around Six, Jay, and Tara when they first talked about collaborating for a book, and I think I was pretty much around them every time it's brought up. They are three authors I really admire, so I really wished that their plans would come to fruition. I mean, a book with bands and music by the beach? It's perfection.

La Union is one of my happy places. Granted, I haven't been there for a while nor do I go there as often as some friends, but I've always associated the place with happy beach memories with friends, trying to ride the waves, s'mores dip, and just having a good time by the water (while ignoring the fact that I will be in pain the next day after a surf session). Summer Crush is set by the shores of San Juan, La Union, where three stories intersect: Jay's Ana and Miki from Trainman in You Only Need Reminding; Tara's Fi, Gabe and East Genesis Project in Almost There; and Six's Rhys, Isaiah, Nico, and Arabella in Ocean Eyes. Six, Jay, and Tara captured the heat and the sand and the water with their words, and it was as if I was really there as I read it. I could already imagine where the festival was happening, where the parties were happening, and the food that they ate. I wouldn't be surprised if an events group picked this up and then called their music festival by the beach by the same name.

The stories displayed each of their rich writing, and if you've read their other works, you'd recognize who wrote what without looking at the titles. And still, the stories flowed smoothly and really read as if they belonged to each other. But it's not just fun and games and raves and parties -- each of the story poked at a specific facet of love: one that almost wants to give up because life, one that tries to move on from a heartbreak that he didn't expect, and one that was in denial of a love that was right in front of her. And don't forget the Holy Trinity of Abs. And pislabrakenrol!

One more thing I like in my books: cameos! And this had all of them! I smiled and giggled every time a character appears in another author's story, and how they were consistent and connected, tied neatly at the final story. The (new) friendship between the characters across the different universe reflected the kind of friendship that the authors have for each other.

Summer Crush is a book that had love and friendship woven in between all the words, and it is a perfect summer read that you shouldn't miss. Reading beside the ocean is optional, but trust me: you'd want to pack your bags and catch the next bus to La Union (or the nearest beach, if you're not in Luzon) the moment you're done reading. :)
Read more
Helpful
Comment Report abuse

_jesuiabbie
5.0 out of 5 stars Get ready to meet your Summer Crush-es!!!!!
Reviewed in the United States on April 10, 2017
Verified Purchase
When I learned that there will be a collaboration for a summer anthology between Six, Tara and Jay, I swore that I'm gonna get a copy as soon as it comes out. And like their previous books, this anthology never failed to bring me on a rollercoaster ride of ~feelings. I love how they managed to create a universe wherein Trainman, East Genesis Project and Arabella (Rhys, Isaiah and Nico included) got to interact with each other. It was a riot having them around each other but its so much fun seeing them having a good time. There may be conflicts that made me tear-up (ang sakit sa puso mga bes, seryoso) but everything is worth it (nakabawi naman in fairness). This book also made me want to visit La Union and eat all those food mentioned. I hope someday, I get to do that. I can't write a more detailed review because I still can't sort all my thoughts and feelings and I might spoil some things but this I tell you, Summer Crush is worth the wait. It will make you sing, dance, cry and love all over again. Congratulations mga beb!
Read more
One person found this helpful
Helpful
Comment Report abuse
See all reviews from the United States