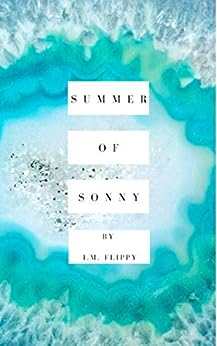 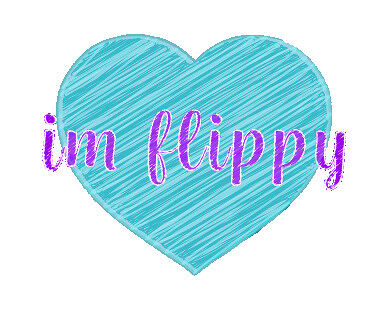 Amazon Customer
5.0 out of 5 stars So Sweet!
Reviewed in the United States on October 2, 2018
Verified Purchase
This was unbelievably sweet. The characters weren’t as snarky as in they are in Flippy’s previous books. Just genuinely sweet and kinda awkward and very real. Plus there’s some sexy, sexy wheel throwing and regardless of what the author says I’m now picturing both characters as Patrick Swayze. As with all of Flippy’s stories, read this book, you won’t regret it.
Read more
Helpful
Report abuse

Gabriella
3.0 out of 5 stars Sweet romance
Reviewed in the United States on December 11, 2018
Sonny and Jay's love is like an earthquake! Not necessarily earth-shattering, but not destructive either, and there was definitely some tectonic movement. ;)

It's a sweet and moderately steamy, slow burn romance with my favorite things: shy glances and tentative touches. The characters are diverse: Jay is probably Latino and Sonny is a black man.

It's written in third person past tense and dual POV. There wasn't much dialogue in this story, at least at the beginning. But it's interesting how a writing style works for a story, but it doesn't work for another. Here, the lack of dialogue didn't bother me much. Probably because this style fit the MC's personalities.

"You feel everything so much. More than most. You don't show it, but I see it, Jay-bird."

Both of them are uncertain and a bit awkward and Jay is also a bit aloof and shy. The secondary characters are well-developed. I loved Pops!!

The writing is good, but it's need a bit more tightening. I encountered a few sentences here and there, that felt out of place, just thrown in there without transition. It's not perfect, but other than a few repetitions, and minor grammatical errors I didn't catch anything major that would've thrown me off.

There was a bigger time jump in the middle of the story. But NOT like 2 months later... and we were completely missing what happened in that time... No.
It was just not a detailed description. More like a summary of the 2 months. That, I didn't like.

Overall I enjoyed it, even teared up a bit, cause it was beautiful. Feeelz! :)
3.5 stars and I probably will check out other works by the author.
Read more
Helpful
Report abuse

Mary
5.0 out of 5 stars love that caused some serious earthquakes
Reviewed in the United States on December 16, 2018
This is a fast paced, lovely story about two young guys connected by their shared passion for geology and fear about Earth's future falling in love. And even though everything happens FAST, this is not insta-love romance. Sonny's stay on the camp changed Jay's life for the better. Sonny gave him purpose to start blogging again and a reason to start his own life.
Both MCs didn't have it easy as kids, especially Jay, and it was good to see them comforting each other. The chemistry between Jay and Sonny was unmistakable. They were super sweet together.

I'd like to say I liked Sonny and Jay from the beginning, but it is not true, as much as I loved Jay and his big heart, I didn't like Sonny at first. At all. He was assuming things about Jay without really trying to know him. (Why did he think that quiet people are not inteligent???) On the other hand, it felt good to see him realizing that Jay is not only beautiful, talented but also super smart and inteligent!

I.M. Flippy did an amazing job creating MCs, they felt real. It was a little heartbreaking to see Jay fighting with himself, being unable to choose what's more important for him and as the author said "feeling too much".

I absolutely loved it not only as a love story but also as a book about new beginnings. It made me realize that "the feel of ground moving" might be the best thing ever.
Read more
Helpful
Report abuse

RSM
5.0 out of 5 stars Romantic and Compelling
Reviewed in the United States on December 26, 2018
Such a sweet romance, a love story that hinges on chance and circumstance in the best possible way, two beautiful and accomplished (in their own rights) men meet by chance and immediately annoy each other, well Jay annoys Sonny that’s for sure. But it’s only because Jay is so taken by him.
It isn’t long before their mutual attraction has them stumbling towards one another, I say stumbling because they’re both dealing with their own insecurities and preconceived notions about their places in the world, and I love this - I love their quirks, their awkward dance and the heat that builds between them. As cliche as it may sound, it was very hard to put this book down.
Humorous, sensual, and very thoughtful writing. I look forward to I.M. Flippy’s next novel.
Read more
Helpful
Report abuse

castonrgc
5.0 out of 5 stars Too Good!
Reviewed in the United States on December 1, 2018
This Book is Fantastic! Its a sweet, slow and sexy loving read. Sonny and Jay journey to love is so Sweet! I read this on KU but am going to buy it. I have about 200 spots to Highlight! My new fave author!
Read more
Helpful
Report abuse

Kindle Customer Diane
5.0 out of 5 stars Broken Hearts Mended
Reviewed in the United States on January 19, 2019
Being adopted saved a fourteen year old.
Being taken in by an aunt saved another boy.
When they meet as adults they create a whole new life with each other...until a major decision threatens to tear them apart forever.

Lunamoon
5.0 out of 5 stars Recommended 5 Stars
Reviewed in the United States on June 2, 2019
The story drew me right in. I cared about the MCs, I hurt for them and I shared their happiness at the end. The supporting characters were wonderful as well and added just the right balance to the story.
Read more
Helpful
Report abuse

Rachel S
2.0 out of 5 stars DNF
Reviewed in the United States on October 15, 2019
Poor writing, telling instead of showing, run-on clauses, excessive comma usage. Glad I didn't pay to read it. Unable to finish, although I wanted to given all the positive reviews.
Read more
Helpful
Report abuse
See all reviews

marv52
5.0 out of 5 stars New Favourite
Reviewed in the United Kingdom on October 9, 2018
Verified Purchase
I know that when I pick up one of I. M. Flippy’s books, I’ll be smiling by the last page, and boy did this one deliver. As ever, the author succeeded in thoroughly transporting me completely into the story, characters, and setting, so much so that I read the whole thing in one sitting. What I took away from this work in particular was a feeling of connection with the characters – despite being very different from the leads, in each of them I found things that resonated with me as a reader. Sweet and engaging, 10/10 would recommend, and am already looking forward to seeing more from the author.
Read more
Report abuse
See all reviews