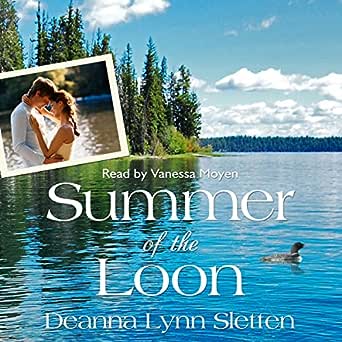 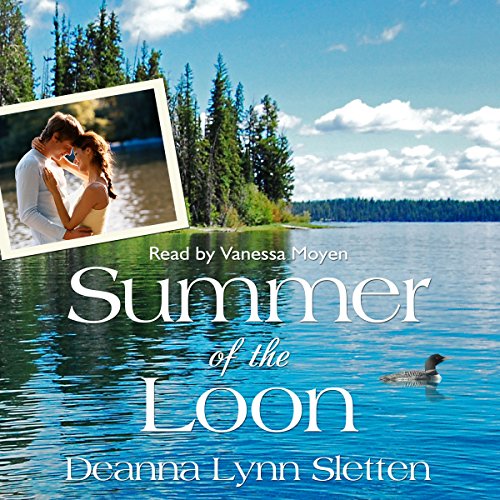 Summer of the Loon

4.6 out of 5 stars
4.6 out of 5
162 global ratings
How are ratings calculated?
To calculate the overall star rating and percentage breakdown by star, we don’t use a simple average. Instead, our system considers things like how recent a review is and if the reviewer bought the item on Amazon. It also analyzes reviews to verify trustworthiness.
Top reviews

A. Gehman
5.0 out of 5 stars Amazing story you wont put down!
Reviewed in the United States on March 11, 2014
Verified Purchase
I wish I could give this more than 5 stars because it deserves many many more!

I was told from a great friend to read this book, she made me add it to my wish list, to be read pile, etc and then she told me the second it was on Amazon to buy it and read it! Needless to say it was a great suggestion because it was a fantastic book!

16 year old Ali doesn't have the life of a normal teenager. Having to be the one to take care of her mother instead of the other way around has made her grow up a lot faster than she should have. When her mom dies, Ali is sent to live with a grouchy grandfather that she has never met.

Benjamin is a hard worker but haunted by his past of loosing his daughter, his wife and never having met his only granddaughter. Ben lives in a cabin just up from the lodge that he works at. He leads hunting and fishing trips for the tourists and doesn't think he has time or room in his life for someone else.

Ali and Ben will pull on your heartstrings and make you feel so much love and compassion and then make you want to yell and scream. It is such a wonderful story that shows you what family should really be.

I am so glad that I took the time to read this story, it was all I was told it would be and much much more. I do have to warn you though that there is a scene with a bear that scared me to death! I was sure Ali was a goners, lol!

Stephanie A. Gillett
4.0 out of 5 stars Nicely written and fun to read
Reviewed in the United States on May 19, 2018
Verified Purchase
This is a nicely written young adult novel. It's about a real kid in real life, facing real-life situations. Refreshing, considering what's out there! I gave it four stars because I felt like it was a little over the top hammering home the "don't have sex and screw up your life" message, which is not as realistic as the "be smart and use protection" message kids really need to hear. But I still liked it!
Read more
3 people found this helpful
Helpful
Comment Report abuse

Kerry L. Reis
5.0 out of 5 stars Family Reconciliation in Hallmark Hall of Fame-Style
Reviewed in the United States on March 15, 2014
Verified Purchase
Sixteen-year-old Ali Jenson, who was raised by her single mother in Southern California and is now dealing with the sudden death of her mother, is being forced to move away from her friends and former life to Northern Minnesota to live with her grandfather, a man she has never met nor was told anything about by her mother. Ben Jenson, still dealing with the loss of his dear wife four years ago and the estrangement of his daughter at the time she became pregnant with Ali, is determined to connect with the granddaughter that he has never met by having her live in his generator-powered home isolated from Internet and cell service next to a small lakeside resort. Over the course of a summer, it is through the help of and interaction with the resort owner, Jo, and her handsome and diligent seventeen-year-old son, Chase, that grandfather and granddaughter can find self-redemption and reconcile a fractured relationship and a broken family past. This well-written, well-edited story fits quite nicely into an earnest Hallmark Hall of Fame-style television movie. Adept readers will no doubt figure out secrets before the characters reveal them, but this is why many readers find comfort in this style of family drama and readily empathize with these characters. I have no problem with a tale where all is assured to end happily as long as the story is told well, like this one.
Read more
4 people found this helpful
Helpful
Comment Report abuse

patrick e bates
5.0 out of 5 stars Fun Story by a Great Storyteller
Reviewed in the United States on October 17, 2014
Verified Purchase
"Summer of the Loon" was a great story and enjoyable reading written by a great storyteller. I love Sletten's ability to give descriptions of places and scenes, and she does it with few words - allowing the readers to create their own mental images. I love how she seems to give me the sense of being right there in the story - in the kitchen of the lodge, the two women scrubbing pots and pans and talking and laughing. I seemed to be sitting at the table sipping coffee, seeing and listening to them. Marvelous.

And I can't just stop there. She also wrote "Maggie's Turn" which I loved just as much if not more. She's a great talent and as long as she keeps writing, I'll keep reading. Her stories might be listed as 'romance' or 'women's stories', but even as a man, I was more than happy to have discovered her novels.

You won't be wrong by buying this novel. You'll enjoy it, I guarantee it.

Dan E. Arndt
5.0 out of 5 stars Great Book with a Strong Female Protagonist
Reviewed in the United States on June 22, 2014
Verified Purchase
So, normally, I don't really read romance types of books. Even though I'm still considered a "hopeless" romantic, I try to stay away from those sappy love stories. I like action and strong characters that have to face some pretty hard things in order to survive. Yet, every so often I'll pick up a book that has some kind of love story attached to it.

Let me just say that this book was far from the sappy love story. It had a love story included in with the plot, but it took a backseat to an amazing protagonist that essentially had her entire life turned upside down. The other plus - it's still a young-adult novel because of the main character's age - can we say bonus?

I loved every minute of this book! Sletten has a true gift of talent in her prose. The characters were very believable and the settings were expertly crafted. The main character, Ali, starts off strong and ends even stronger. Even though I knew what the love story would end up like by the end, I still kept turning the pages (often screaming mind you) for the two main characters to finally get together. I also liked the aspect of the grandfather, Ben, projecting all of his hurt onto Ali. I think this happens a lot in different family dynamics even if we are too afraid to admit it.

I definitely recommend this book to others. It's a heartwarming story and delivers a great message.
Read more
2 people found this helpful
Helpful
Comment Report abuse

Turquoise
4.0 out of 5 stars Great North Woods Story
Reviewed in the United States on June 24, 2014
Verified Purchase
Clicked on this book by mistake and after I started reading it, I was really glad I did. The novel takes place in the North Woods (Minnesota?) when Ali loses her mother and is sent to her only living relative, a grandfather she's never met. Ben lives deep in the woods and has a generator in his garage. Lights out at nine each night, so a bit of a shock for the city girl. The story charts their relationship, along with a sweet romance with Chase, who works at a nearby lodge. The characters are good people with solid fundamental values. It's a thoughtful, refreshing read where family relationships are the focus and any romance progresses at a slow, sweet level.
Read more
4 people found this helpful
Helpful
Comment Report abuse
See all reviews

Kindle Customer
4.0 out of 5 stars Nicely paced read, well crafted.
Reviewed in the United Kingdom on June 24, 2014
Verified Purchase
Got this as a change to the thriller/horror/paranormal tales. This is a anice gentle coming of age story with more than one generation affected, as the sales blurb indicates. Yes, a tad predictable but none the worse for that.
If youn are a bit down or simply want a change to the suspense genre, this should work. Is it solely for young adults? Nope. Forget the age thing - it is an enjoyable read - go for it.
Read more
Report abuse

Hschmeid
5.0 out of 5 stars Oh, wow - what a beautiful story.
Reviewed in Australia on June 19, 2019
Verified Purchase
It's sweet, it's well-written, and it's a good mixture of light (in tone) and darkness (in backstory). I'm actually strongly tempted to say it's like Heidi written for romance-minded teenagers. Actually, stuff it - I *will* say that. Grumpy older man? Check. Young girl coming to live with him? Check (although here she's a teenager, not an eight-year-old). Old man learns to open up to others and becomes a better person because of it? Check.

sandy mcnichol
5.0 out of 5 stars Read this book
Reviewed in Canada on August 19, 2015
Verified Purchase
I absolutely loved this story and would highly recommend to any age group. I really liked all the characters in this book but my favorite was Ben, Ali's grandfather. They should make this book into a movie and cast Tommy Lee Jones as Ben, he would be perfect for this role. This is the first time reading a novel by Deanna Lynn Sletton but it won't be my last!
Read more
One person found this helpful
Report abuse
See all reviews