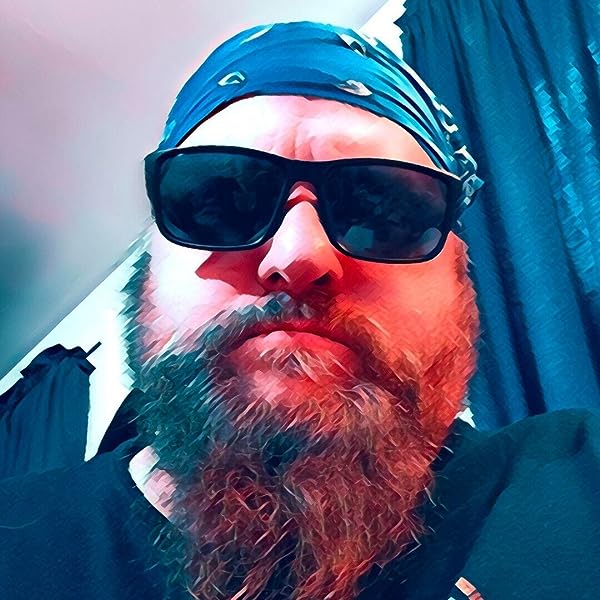 by Thomas R Clark (Author)
4.8 out of 5 stars 12 ratings
See all formats and editions
Sorry, there was a problem loading this page. Try again.

After Maureen Coleman is diagnosed with early onset Alzheimer's, her children bring her to live at SummerHome. As her condition deteriorates, siblings Sean Spencer and Meghan Coleman are unsure if they have made the correct decision. They grow concerned when their mother claims to see the ghost of her dead husband, and a series of tragic, unexplained events impact the community. Now, with the residents of SummerHome believing their complex is haunted, the world-famous Para-Hunters come in to investigate. The ghost hunters soon learn this isn't a typical haunting. Because slinking through the shadows is an evil, unleashed from underneath the Mound nearly 300 years ago, and it doesn't want to go back.
Read more
Previous page
Next page

Thomas R Clark is a musician and author from Central New York. He is the author of the books SUMMERHOME, A BOOK OF LIGHT AND SHADOW, GOOD BOY, THE DEATH LIST, and the Splatterpunk Award nominated novellas BELLA'S BOYS and FIREFLIES & APPLE PIES, included in THE GOD PROVIDES. Tom lives with his wife and a trio of Jack Russell terrier companions.

Christine
4.0 out of 5 stars Christine's Horror Fiction Reviews
Reviewed in the United States 🇺🇸 on September 7, 2022
So many of our worst fears revolve around growing old ... the loss of health, memory, wits, independence, dignity ... the risk of being “put in a home” ... possibly subject to abuse or neglect ... loneliness, senility, infirmity, despair ... and they may remind us it’s better than the alternative, but, sometimes, you really have to wonder.

Times like when you’re reading this book, in which all of those fears, plus the alternative, are STILL not the worst fates waiting in the wings. As if things weren’t bad enough already, how about a nice big helping of malevolent evil?

Welcome to SummerHome, the assisted facility into which Maureen Coleman has just been placed by her children when she needed more care than family alone could provide. Seems like a nice place, attentive staff, a quirky cast of fellow residents, scheduled activities, all that good stuff.

With, for Maureen, bonus extras like the murderous ghost of her first husband, an ancestral legacy of supernatural goings-on, the manifestations of awful death-smells, and visitations from a decidedly unusual cat. Her children try to discount it as dementia, even the son who works at a supposedly haunted factory and should know better.

Nor is Maureen the only one at SummerHome to have such experiences; the nice old blind man down the hall has regular conversations and chess advice from a long-dead Nazi, other denizens experience terrible nightmares, and enough weirdness circles around the place to capture the attention of a team of paranormal investigators, who decide it’ll be perfect fodder for an episode of their show.

Needless to say, the ghost-hunters are in for more than they bargained for, and so is everyone else at SummerHome. Not to mention the outside world, as certain sinister forces don’t like being pent up in a nursing home any more than the most stubborn senior citizen would.

Amazon Customer
5.0 out of 5 stars A Must Read!!!
Reviewed in the United States 🇺🇸 on November 9, 2022
If you like a little horror and metaphysical aspect to what you read, this is the book for you. You become immersed in the characters and story as you read it. This is one of my favorite books I've ever read. I highly recommend it. I'm just a regular person. I don't usually do reviews, but for this book, I had to. Enjoy it.
Read more
One person found this helpful
Helpful
Report abuse

Pan | Book Reviews
5.0 out of 5 stars Superb horror in every possible way
Reviewed in the United States 🇺🇸 on July 8, 2022
The awesome people of St Rooster Press and the master of SplatterFolk horror, Thomas R. Clark, managed to unleash another sublime literary beast in the form of 'SummerHome'.

The events of the story unfold right after Maureen Coleman is diagnosed with early stages of Alzheimer's and her children take her to live at SummerHome.

As her family bares witness to her slow deterioration , concerns arise if they have made the right decision as their mother claims to see the ghost of her dead husband.

The situation becomes a horrifying experience when a series of tragic, unexplained events impact the community and the residents of SummerHome claim their complex is haunted.

Enter Para-Hunters. The world famous ghosts hunters come in to investigate only to find out that what's happening at SummerHome is not a typical haunting.
An ancient evil entity lurks in the shadows, thirsty and eager to claim lives.

Superb in every possible way, deep and dark, complex and yet fast paced with fantaticly penned characters and a plot that will hug you tighter than Cthulhu's tentacles, Thomas R. Clark has achieved creating a true horror gem.

Masterfully blending the aesthetics of 'The Visit', 'The Taking of Deborah Logan' with Paul Tremblay's 'Head Full of Ghosts' and Adam Nevill's 'The Reddening' and 'Cunning Folk' sprinkled brilliantly with some Mark Towse humor and geriatric horrors; This is an altogether unique beast on its own. One that I definitely see in my top 3 novels of the year.

The author produced wonderful horror stories in the form of 'The Death List', 'Bella's Boys', 'Good Boy' and the magnificent (and personal favorite) 'The God Provides', but 'SummerHome' brings everything together and solidifies his fantastic brand of horror.

The story plays in your head like a movie, a thing that makes the events in the book terrifying to the maximum.
Terrifying not only for the horror that happens to the characters but also for the possibility of a condition like Alzheimer's being very close to each and every one of us reading this.

Terrific. Sublime work from an author that I'm eager to see what he has to offer next.
Dare to read this book. It will devastate and terrify you and you will love every sentence and ask for more.
Read more
One person found this helpful
Helpful
Report abuse

Christina Eleanor
5.0 out of 5 stars SplatterFolk in its finest!
Reviewed in the United States 🇺🇸 on July 8, 2022
Summerhome is a harrowing tale that brings to light the sentiment what we don’t know, will hurt us! Meghan’s Mom is an elderly woman with a lot of secrets. She has recently been diagnosed with Dementia and is going down-hill quickly with a knowledge that she refuses to relinquish. Meghan and her brother decide to put her in Summerhome where she can continue to be as independent as possible but still get help when she needs it. Little do they know, there is darkness in every corner.

Summerhome residents see and feel things that they are not entirely sure is real. Some residents have no idea that something is going on and live their life as they see fit. A paranormal team gets word that the residents are seeing things and weird stuff is happening so they go to investigate. They, along with Meghan and her brother discover what the darkness is and it’s more than they ever imagined!

Clark masterfully wove in character ties to his previous books by letting us see more of the periphery of their lives. If you have not yet read the other books, it is ok as this stands on its own. The background does not detract from the story and Clark skillfully makes it work. But if you have read the other books, you will be pleasantly surprised to see the nuggets and references thrown in. Clark continues to hone SplatterFolk and gets better and better!

This is a horror story, so there are some gruesome scenes. There are some scenes that I as the reader cannot unsee! Clark has figured out how to pull from folk tales, oral and written histories, and legends and make it his own world of chaos! So come and delve in, if you dare!
Read more
One person found this helpful
Helpful
Report abuse
See all reviews