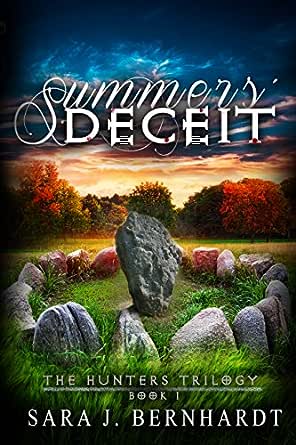 You've subscribed to Hunters Trilogy! We will preorder your items within 24 hours of when they become available. When new books are released, we'll charge your default payment method for the lowest price available during the pre-order period.
Update your device or payment method, cancel individual pre-orders or your subscription at
Your Memberships & Subscriptions
There was an error. We were unable to process your subscription due to an error. Please refresh and try again. 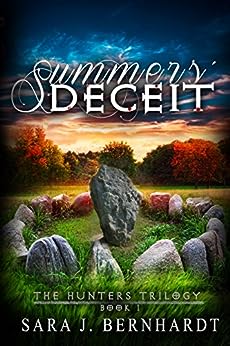 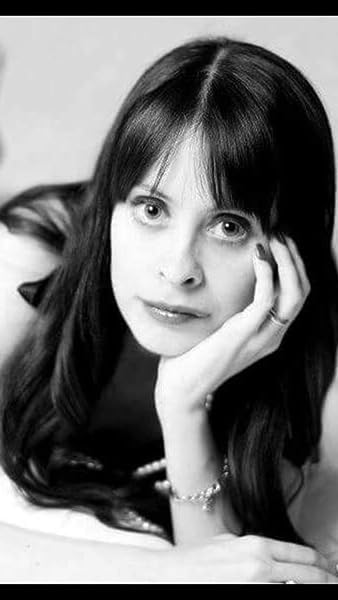 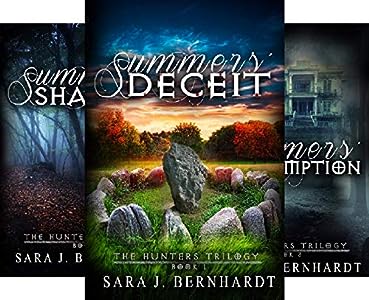 Charlie Don't Surf
2.0 out of 5 stars Some good parts, just not enough of them
Reviewed in the United States on November 25, 2018
Verified Purchase
The book features teenagers doing teenage things - trying to get dates, spend time with their friends, oh, and one that kills people and drinks blood. Not really a vampire, just a cult member.

Without spoiling the plot, some parts of the characterizations are respectable. The people in the story act like unwise teenagers and make poor decisions often. There are a few plot twists. However, the book starts slowly. The middle was okay. The end, less dramatic than it needed to be. There were several places along the way where it seemed to me the author had some quality ideas, but she didn't communicate them through the story in such a way that the reader can always follow her thinking. Like when an important character was killed during a dramatic time in the book and it took just a few sentences to get rid of him. Could have been much more dramatic.

As a result, I just didn't find myself caring about some of the characters as much as I probably should have.

AmazonCustomerReview
5.0 out of 5 stars Great YA Vampire-ish Novel
Reviewed in the United States on October 19, 2018
Verified Purchase
The story begins with a murder mystery – a teen boy is found in an alley without blood in his body. Then we meet the main character Jane, three years later, a seventeen-year-old girl who has lost her brother. Due to not getting over the memories, she moves from California to Oregon, where she connect with her childhood friends. She also meets a boy, a mysterious, beautiful boy, Aiden Summers. The rest of the tale revolves around discovering Aiden’s secrets and a love story between the two teens.
Similar to Twilight, but different enough to make the story its own, Summers’ Deceit is full of action and interesting folk lore. I enjoyed the writing—the author captured the teen voice extremely well and I liked her descriptions, since I’ve never been to either CA or OR, it really helped place me there. I also liked the friendship between Jane and Becky, two girls who couldn’t be more different. It reminded me of some of my own friendships, with women who are very different, and yet we care deeply for each other. I loved the Christmas scene when Becky was excited over every little thing when she finally gets to see what a normal Christmas is like.
Summers’ Deceit hit the mark for the YA market, I would highly recommend to teens, as it’s pretty tame as far as no overt sex and very few curse words, but there is a bit of violence and murder. My favorite line: “Telling me it isn’t like that when I didn’t say it was ‘like’ anything means it’s totally like that.”
Read more
One person found this helpful
Helpful
Comment Report abuse

Laura V.
4.0 out of 5 stars Not just another Twilight book.
Reviewed in the United States on February 26, 2019
Verified Purchase
This book was very addicting and I couldn't put it down. The funny thing is it's very similar to Twilight. Here's a awkward girl who moves to a rainy state to be with her father and meets a beautiful but mysterious boy who might or might not be a vampire. There are even lines in the book that are in Twilight. But at the same time it's different enough to keep your interest and the mystery behind what or who Aiden really is makes you want to keep reading it.
Read more
2 people found this helpful
Helpful
Comment Report abuse

books and more
1.0 out of 5 stars What can I say...
Reviewed in the United States on March 11, 2019
Verified Purchase
I can't even tell you the theme of this book. What was the plot? The characters had no personality and I didn't understand the direction of the story. This was supposed to be a YA and a paranormal but it didn't quite make it to full development for me. A lot of things were not made clear or explained. This story is nowhere near Twilight. Sorry, this writer likes a long way before she's in the same league with Stephanie Myers.
Read more
3 people found this helpful
Helpful
Comment Report abuse

fk
5.0 out of 5 stars High school romance with a side of horror/mystery!
Reviewed in the United States on July 17, 2018
Verified Purchase
I really enjoyed this book!

Jane is a socially anxious high schooler who moves to her father's home in Oregon to get away from a tragic family event. In Oregon, she is reunited with some childhood friends and meets the mysterious and attractive Aiden whom she falls in an uncertain love with. There is plenty of romantic tension between them and it seems a couple other boys may be jealous, adding to the tension.

The writing style is fun and easy to read, letting the reader discover and unravel past and current events and get to know the motivations of the main characters. There is plenty of romantic interest, action, and intrigue to engage the reader and leave them wanting more. The book will appeal to anyone wanting to read young adult romance and action horror/fantasy.

I look forward to the next book of the trilogy!
Read more
2 people found this helpful
Helpful
Comment Report abuse

Lil sis 7
5.0 out of 5 stars The new twilight with a much better bite!!!
Reviewed in the United States on July 14, 2018
Verified Purchase
This book is a great read. When the saddened Jane moves in with her dad after the loss of her twin brother, she doesn't want anyone or anything, that is until she meets Aiden. The soon develop a love hate relationship that comes with all kinds of baggage Jane isn't ready to accept but Aiden refuses to give up even though he should. All hell breaks loose and in the middle of the madness they realize the hate is gone and only love remains but will that be enough to get through the lies and betrayals??? Awesome read for twilight fans!!!
Read more
One person found this helpful
Helpful
Comment Report abuse

Kathleen M.
5.0 out of 5 stars Great read!
Reviewed in the United States on July 26, 2018
Verified Purchase
I really enjoyed reading this book. The unique premise and mystery kept me wanting to read more. The author’s writing style was unique as well and brought me into the story and the characters’ lives. It was unlike anything I’ve read before and had interesting twists that took me where I didn’t expect. I’m looking forward to the release of the others in this series. The next book is from Aidan’s POV, which is an intriguing concept. Well done.
Read more
2 people found this helpful
Helpful
Comment Report abuse

Amazon Customer
4.0 out of 5 stars Jane is my spirit animal!
Reviewed in the United States on July 17, 2019
Verified Purchase
It's a lot like Twilight (even including a key phrase) but the way it should have been written. A few things are unclear at times, but I really enjoyed watching Jane break out of her shell. Finished it in an evening so it was a nice, cozy read. Jane and I have a lot of really specific things in common so that was pretty cool.
Read more
Helpful
Comment Report abuse
See all reviews