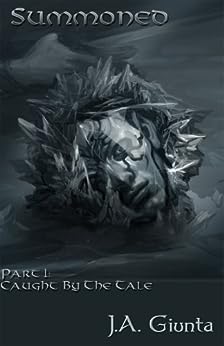 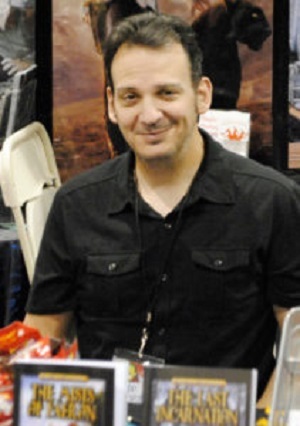 Written by fantasy author J.A. Giunta (The Last Incarnation, Supernal Dawn), he shares an early iteration of the storyline that would become the novel War Golem (Brick Cave Books, 2019).

Torn inexplicably from his known world, Adam finds himself surrounded by a menacing world. As he sorts through the chaos that ensues, he is shocked to learn he's not the only one to have been taken, and even more surprised to learn why. It's a great twist on fantasy that you will enjoy. From the Author of The Last Incarnation and The Guardians, Keepers of the Magic.

Available now as a Kindle exclusive, readers can dive into Joe's world of superior storytelling, compelling craft and fast pacing.

J.A. Giunta was born in Brooklyn, New York, in November of 1969. Though he spent most of his childhood growing up on Long Island, he has been living in Arizona for more than twenty-five years.

Joe started writing stories at an early age, creating adventures for his pen and paper Dungeons & Dragons campaigns on a Commodore 64. Spooled from a dot-matrix printer, that first stapled manuscript has not survived, but it has evolved over the years to form The Ascension trilogy.

His first Fantasy novel, The Last Incarnation, was published in February of 2005. With a Bachelor of Arts degree in English from Arizona State University, he is both an avid reader and gamer. He currently writes full-time.

He currently lives with his wife, Lori, and six-year old daughter, Ada Rose, in the perpetual summer that is central Arizona. He credits all of his work to the advent of air-conditioning.

paula
TOP 100 REVIEWER
4.0 out of 5 stars Good start to a series
Reviewed in the United States on May 2, 2012
Verified Purchase
This is a decent start to what I deduce will be a new series. Decent characterization, interesting concept, good mechanics.

The only shortcoming I noticed was that the formatting was not great on the Kindle. It's sometimes hard to spot the paragraph breaks.