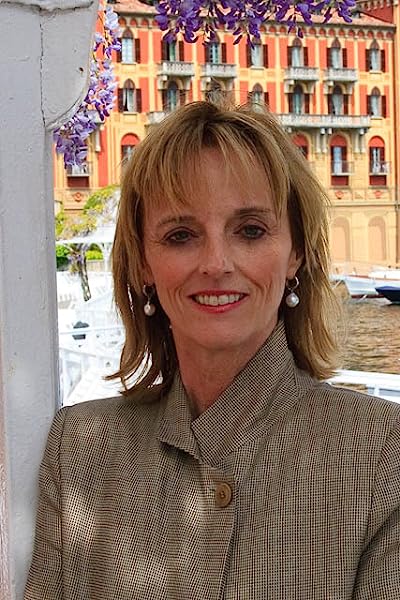 by Jan Smithen (Author), Lucinda Lewis (Photographer)
4.3 out of 5 stars 31 ratings
See all formats and editions
Sorry, there was a problem loading this page. Try again.

Small Business
This product is from a small business brand. Support small. Learn more
The authors introduce readers to the joys of Mediterranean gardening, featuring twenty-five gardens from France, Italy, Spain, and California that capture the sunny, terraced splendor of this ancient approach to gardening. 10,000 first printing.
Read more
Previous page
Next page

Imagine journeying to the Mediterranean region, with the scent of crushed thyme underfoot, the silhouettes of Italian cypress trees towering against an azure sky, and structures like rose-draped arbors and stone pavilions providing respite from the afternoon sun. As a style of gardening, Mediterranean landscaping is more popular and widely emulated than ever. By way of illustrating the desirable features associated with the sun-drenched gardenscape, Smithen and Lewis focus on 25 exemplary settings in California, the South of France, Italy, and Spain. Along with widely photographed garden estates of great repute, images of less grand private homes should suggest design ideas for do-it-yourself types. This is a marvelous sourcebook of possibilities for hardscaping, ornamentation, and planting schemes that readers can share with their professional designers or that they themselves can use to create or enhance their gardens. With Smithen's narration and Lewis' sublime photographs, garden lovers can look forward to enjoying a conceptual journey where the light is piercing and fragrance hangs heavy on the air. Alice Joyce
Copyright © American Library Association. All rights reserved

Lucinda Lewis is a professional photographer based in Los Angeles. Her books include Abrams' Roadside America. Jan Smithen teaches the art and science of gardening at the Los Angeles County Arboretum. She has led garden tours to England, Italy, and France.

L. Kraybill
5.0 out of 5 stars A must have book for all gardeners and garden lovers
Reviewed in the United States 🇺🇸 on June 24, 2014
Loved the pictures and the beautiful dancing language of Jan Smithen. I could almost smell the fragrant gardens of Italy and France.
Read more
Helpful
Report abuse

Southern Review
5.0 out of 5 stars Vibrating Sun-Drenched Gardens
Reviewed in the United States 🇺🇸 on May 25, 2007
Verified Purchase
Sunshine is the most defining element of a mediterranean garden. Pliny the Younger (AD 61-113) wrote of the detached room in his own garden with its cool marble floors. It was open on all sides and covered with vines. He loved to rest in the airy green shade.

In a bright and arid climate, the contrasts provide a breathtaking visual and sensory experience that this book passionately and successfully conveys.

It features ideas such as those based on a French tese with a shady tunnel of green clipped shrubs that function as doorways to sequential rooms, - Italian gardens sliced out of terracing and covered with alluring ancient pietra dura, - niches with terra-cotta figures, grottos, and Southern Californian water features.

The lavishly, and skillfully photographed book is divided into chapters that demonstrate how to achieve the mediterranean look in plantings, introduce shade and water features, create structure with various types of enclosures, design with clipped and pruned greenery, and adroitly use gravel, stone, and other paving materials instead of lawns.

The book is an inspiration and sensory delight.

D Ho
3.0 out of 5 stars Unless you own an European-style mansion or farmhouse.
Reviewed in the United States 🇺🇸 on March 5, 2014
Verified Purchase
I was looking for inspirations for a remodel of my So-Cal 1980 house's backyard... I've learned that Mediterranean plants thrive really well in San Diego, and the description of the book mentioned an example of a Californian garden, so I thought I would be able to learn something from this book. While the pictures in this book was extraordinary and awe-inspiring, I find it hard to apply the designs in the book. They are elegant and extravagant, and would be more fitting to a garden of an expensive European-style mansion, than to my oh-so middle class home. If I had a Roman fountain, water lily pond or Greek statues in my backyard, maybe this would be the book for me.
In summary, great book, sadly I'm not the right audience.
Read more
6 people found this helpful
Helpful
Report abuse

Mary Jane
4.0 out of 5 stars Good reference book. Wide spectrum of gardens shown
Reviewed in the United States 🇺🇸 on November 2, 2005
Verified Purchase
This book is serving as a good reference material for me. Living in the a sub-tropical region, where water is short and the hot/dry season is similar to a mediterrean climate I have been successfully using some of the garden ideas to landscape my own garden. I would recommend this book for the garden enthusiast who wants to start a garden where the soil is not idea and water is scarce, or just for some

one who wishes to grow plants which will thrive in subtropical regions.
Read more
8 people found this helpful
Helpful
Report abuse

JCN
4.0 out of 5 stars Beautiful but Expensive Gardens
Reviewed in the United States 🇺🇸 on November 27, 2017
Verified Purchase
A lot of great ideas for the garden. Downsizing the grandeur presented for mere mortal/middle class use will be the task given the reader.
An interesting mix of Southern California and Mediterranean locations. Mostly excellent photography. Well worth a peak.

vivian
5.0 out of 5 stars Lovely
Reviewed in the United States 🇺🇸 on April 27, 2013
Verified Purchase
When I had to return this to the library I couldn't let some of the ideas and pictures go so made 10 Kinko's color copies of great ideas to show the landscaper. Then I realized that for the price of the few copies I could buy the used book from Amazon. A dreamy romp through gorgeous gardens that will give pleasure and inspiration for years to come.
Read more
One person found this helpful
Helpful
Report abuse

caro
4.0 out of 5 stars Sun-Drenched Gardens
Reviewed in the United Kingdom 🇬🇧 on October 28, 2009
Verified Purchase
Well presented book with beautiful photographs,more a coffee table book than a reference.Written from a Californian point of view and showing Mediterranean gardens mainly to the non-European. Still an interesting book.
Read more
3 people found this helpful
Report abuse
See all reviews