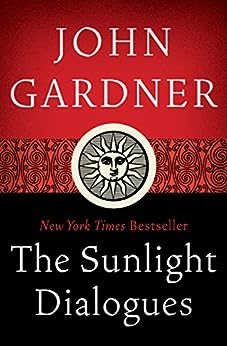 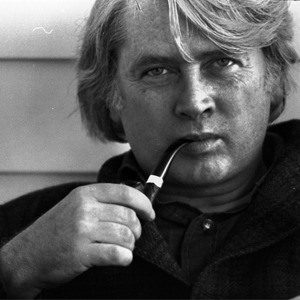 “Large and beautifully written . . . absorbing moment by moment and darkly troubling after it’s over.” —The New York Times Book Review
“A compassionate portrait of America in the uneasy 1960s . . . Gardner explores everything with love and forbearance.” —Time
“A novel in the grand line of American fiction . . . A superb literary achievement” —The Boston Globe

John Gardner (1933–1982) was born in Batavia, New York. His critically acclaimed books include the novels Grendel, The Sunlight Dialogues, and October Light, for which he received the National Book Critics Circle Award, as well as several works of nonfiction and criticism such as On Becoming a Novelist. He was also a professor of medieval literature and a pioneering creative writing teacher whose students included Raymond Carver and Charles Johnson.

4.0 out of 5 stars
4 out of 5
34 global ratings
How are ratings calculated?
To calculate the overall star rating and percentage breakdown by star, we don’t use a simple average. Instead, our system considers things like how recent a review is and if the reviewer bought the item on Amazon. It also analyzes reviews to verify trustworthiness.
Top reviews

Bill Lefeber
5.0 out of 5 stars A nearly 50 year old book that has not lost its relevance
Reviewed in the United States on February 26, 2019
Verified Purchase
John Gardner was an amazing writer. He was an astute observer of human nature and is/was one of the best at crafting characters and bringing a depth and fullness to their creations on the written page. His descriptions and portrayals of these people are as complete and crystal clear as any writer I have ever read.
The Sunlight Dialogues was set in 1966 and published in 1972. It is set in upstate New York in the town of Batavia. It's principal characters are the police chief and a mysterious drifter. Around those two figures are a multitude of various family members, town citizens and officials drawn into incidents that seemingly cannot be explained. There is subject matter and situations in this book, which almost profoundly might make you think (as they did me) that they still ring true today, that sadly some things have not changed since 1966.
John Gardner was one of our finest writers of the 20th century. I highly recommend this book, along with his other works such as The Resurrection, October Light and Michaelson's Ghosts.
Read more
7 people found this helpful
Helpful
Report abuse

EVELYN J HERRON
5.0 out of 5 stars Nice reprint of a major novel
Reviewed in the United States on April 7, 2016
Verified Purchase
I bought this book to replace an old, tattered paperback of the same novel that I have had since the late 1970s. I enjoyed the book then, but am enjoying it even more now. John Gardner was especially concerned about the "Law and Order" attitude expressed by Chief Clumly. I am amazed at how much of what he wrote on that topic, as expressed by the "Sunlight Man," is relevant today, given the negative publicity that police departments have received when cops shoot unarmed young black men, or--in the case of Eric Garner--kill a black man with an illegal choke hold.

I once met John Gardner because he was a friend and colleague of my music composition professor. They had collaborated on three operas, and Gardner had talked at length with my professor about his philosophy of Art. Regarding "The Sunlight Dialogues," he told my professor friend that, "We have to get to the Clumlys of the world," or words to that effect. He believed that the strict, by the book, law and order practiced byChief Clumly and his kind, needed to be modified, toned down, if society was to become peaceful and harmonious. I feel that his book, which is set in the late 1960s when society's fabric was being torn asunder by the Hippie Generation, is still relevant today when we are so divided along partisan lines.

The book arrived in a timely manner, and is a sturdy paperback edition. John Gardner was a great writer, capable of describing scenes where a great complexity of emotion is being expressed. It is a long book, and the author includes a large amount of detail. His writing is so good, however, that I did not find this to be tedious as his narrative kept me engaged in the unfolding story. Unfortunately, he died in 1982, leaving behind a respectable body of work. We were deprived, however, of seeing how his development as a novelist might have played out in the coming years.
Read more
13 people found this helpful
Helpful
Report abuse

Most importantly, the Kindle edition does not include the illustrations. The print editions of all of John Gardner's works that I have read (except perhaps "The Wreckage of Agathon") were accompanied by marvelous illustrations that were an integral part of the reading experience. It couldn't possibly have cost that much to scan these illustrations and include them in this edition.

Secondly, there are numerous typographical errors. I would be more forgiving if this were a free (or nearly free) edition, but at the price I think a little proofreading is a reasonable expectation.
Read more
24 people found this helpful
Helpful
Report abuse

Abraham Lincoln
5.0 out of 5 stars Five Stars
Reviewed in the United States on June 18, 2018
Verified Purchase
One of the great Amerivan novels of the 20th Centuty.
Read more
2 people found this helpful
Helpful
Report abuse

James Wallace, Amazon Customer
5.0 out of 5 stars Same issues, forty years later!
Reviewed in the United States on February 6, 2013
Verified Purchase
I'm astounded, reading this book again after 40 years, at how contemporary it seems. The issues that divided the country then, the conservative fear of and resistance to change, the generational differences -- all are thoughtfully examined via the personae of characters. Terrific book, well worth reading!
Read more
11 people found this helpful
Helpful
Report abuse

Steve Veale
5.0 out of 5 stars John Gardner at his best
Reviewed in Canada on June 11, 2017
Verified Purchase
This is a novel I have read many times over the years - and unfortunately lost it in one of my moves. It is a wonderful, rich book, filled with fascinating characters and thought-provoking philosophy. And like George Orwell, John Gardiner was amazingly connected to what the world would look like in the future. A cautionary tale a la 1984 yet set in bucolic upstate New York. A wonderful thoughtful book.
Read more
Report abuse
See all reviews