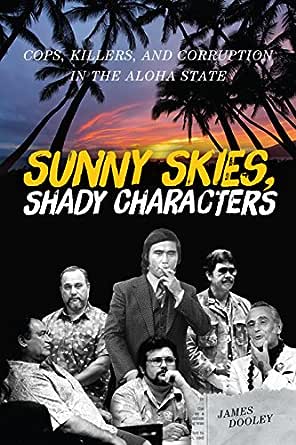 You've subscribed to Latitude 20 Book! We will preorder your items within 24 hours of when they become available. When new books are released, we'll charge your default payment method for the lowest price available during the pre-order period.
Update your device or payment method, cancel individual pre-orders or your subscription at
Your Memberships & Subscriptions
There was an error. We were unable to process your subscription due to an error. Please refresh and try again. 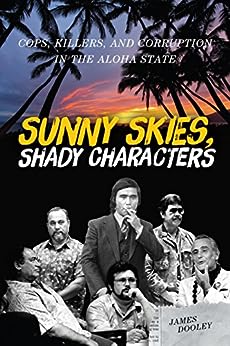 by James Dooley (Author) Format: Kindle Edition
Part of: Latitude 20 Book (13 Books)
See all formats and editions Hide other formats and editions
Read more Read less
Previous page
Next page
Due to its large file size, this book may take longer to download 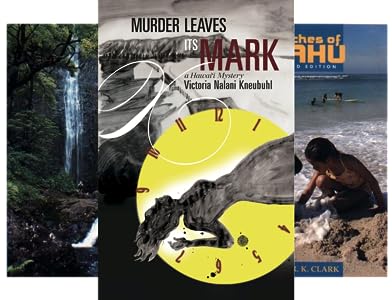 Dooley's a born storyteller. Many reporters are, but the requirements of daily journalism usually leave out the back-story that tells, or amuses, or frightens. The memoir of a career sets the writer free. And Dooley uses that freedom here. [He] also provides every journalism teacher in the state with a first-rate textbook that teaches the hard slog required to do investigative reporting. -- Dan Boylan ― MidWeek

Sunny Skies, Shady Characters by James Dooley―Hawaii's bravest investigative reporter―recounts the secret history of Hawaii that all of us have been waiting for: a book of shocking revelations, featuring a cast of thieves, heavies, enforcers, and yakuza thugs and sneaks who have so intimidated the islands that the truth of their villainy has been suppressed―until now. At last, we know where the bodies are buried, and who buried them. -- Paul Theroux

The stories recounted here were once front-page news and they lose none of their timeliness in the translation into a book. For those who lived through those times, the book is an opportunity to recall the scandals and scoundrels that infested Hawai'i, and for those too young to remember, it is a reminder of why a vigilant press is an essential ingredient to an informed public. -- Gerald Kato, University of Hawai‘i at Mānoa --This text refers to the paperback edition.

Raised in San Francisco and the Bay Area, James Dooley worked as a United Press International reporter in Honolulu in 1973 and a year later joined the staff of the Honolulu Advertiser, where he was an investigative reporter for nearly two decades. After five years at Honolulu's KITV News, Dooley returned to the Advertiser in 2002 and moved to online reporting at Hawaii Reporter in 2010. He retired in 2012. --This text refers to the paperback edition.

4.5 out of 5 stars
4.5 out of 5
146 global ratings
How are ratings calculated?
To calculate the overall star rating and percentage breakdown by star, we don’t use a simple average. Instead, our system considers things like how recent a review is and if the reviewer bought the item on Amazon. It also analyzes reviews to verify trustworthiness.
Top reviews

Oceangirl
4.0 out of 5 stars I liked reading about a lot of the local characters in ...
Reviewed in the United States on February 25, 2016
Verified Purchase
I grew up in Hawaii during the same era. I liked reading about a lot of the local characters in the book. Most very familiar to us. I think the writer was very courageous to write about a couple of the well known characters and entertainers. I know some of their family members were not happy about it, and I could understand why. One actually wrote into the local magazine and it was printed in the editorial section of that magazine. I do know Don Ho's family went through enough suffering already, especially his kids. I do feel for them. We all like to have a public persona especially living on an island. He definitely exposed some characters and I do believe he was honest about them due to what we heard through the grapevine and local newspapers. These days a lot is kept out of our news due to possible lawsuits. It takes guts to write about local politics and crime figures especially in Hawaii where you can not easily hide on an island. Good job James Dooley.
Read more
7 people found this helpful
Helpful
Report abuse

Steven Burke
5.0 out of 5 stars His book pretty well covers all the "high lights" and "low lights" ...
Reviewed in the United States on October 11, 2015
Verified Purchase
I'm a retired HPD officer, serving from the 60's thru the early 90's, I met Dooley on several occasions.His book pretty well covers all the "high lights" and "low lights" crimewise of that time period. I was a member of the infamous Metro Squad that pretty much took care of business streetwise, we "took no prisoners". I knew all of the "cast of characters" in his book, the "good, the bad & the ugly", I would say there was a sort of "mutual respect" among the guys, some of us went to school together, played football with or against each other. pounded the weights. & even socialized at times, but that "line" in the sand was always their. A lotta guys mentioned in Jim's book have since either died or they are old and ailing. This book brought back some big time flashbacks !!!
Read more
14 people found this helpful
Helpful
Report abuse

8083BCT10Mn
5.0 out of 5 stars Outstanding Book on the Culture of Corruption in Hawaii Politics
Reviewed in the United States on December 20, 2016
Verified Purchase
This is an excellent book that recounts the soft and dirty corruption that pervades Hawaii. Big business, unions, media and government cooperate together as a well tuned machine in the islands with organized crime as the oil that makes these gears work. Jim Dooley is a rare reporter willing to buck the 'local' system and expose the ugly underbelly of Hawaii's idyllic public image. The crooked culture most any other community would never tolerate, Hawaii seems willfully ignorant and willing to accept as just the normal island way of doing things. This is an essential book for anyone who wants to understand how Hawaii really works.
Read more
2 people found this helpful
Helpful
Report abuse

Gayle Nakama
5.0 out of 5 stars Shady Skies, Shady Characters
Reviewed in the United States on July 19, 2017
Verified Purchase
I purchased this book because I had previously worked for an attorney who surprisingly was NOT mentioned in this book. I don't know how he kept his name out of the media but he is now a part time per diem Judge for the First Circuit in the State of Hawaii. I concur with James Dooley on this fascinating story, many of the facts mentioned, I know are true, personally. I have met many of the characters many of whom have totally changed their lives around for the better. A lot of them have since passed away and many of their secrets would die with them. However, some of the way that their cases were handled by their attorneys gives much to be desired, sloppy way of representing their clients to the best of the clients' interest. A lot of the old ways of handling things are replaced by other means now, but this book tells it all in a fascinating sort of way for the curious and the not to curious. I'm sad that Dooley retired, I wish I had a chance to share some of my experiences with him which of course, would be the way to a second follow up book. However, I am bound by the clients' interest and confidentiality agreement which some of the attorneys don't seem to take to heart. These are the types of attorneys to avoid. I was a legal assistant, office manager for one of the attorneys who really should have been mentioned in the book. He has, however, placed his two cents into the review elsewhere.
Read more
7 people found this helpful
Helpful
Report abuse

Lucies
3.0 out of 5 stars Off to a great start, but deteriorated into lists of names
Reviewed in the United States on October 25, 2017
Verified Purchase
The first half (or more) of this book is great - when the author is in storytelling mode. I particularly enjoyed the insights into his activities as an investigative journalist, and his skirmishes with editors. Towards the end, however, the storytelling is largely gone, replaced by long lists of names that were hard for me to keep straight. The story of the movie truck drivers felt like it could almost be the plot of its own movie - but it was hard to follow because of all the names involved.

To me the book felt rushed at the end, which is a shame.
Read more
3 people found this helpful
Helpful
Report abuse

jb
5.0 out of 5 stars Oy, Hawaii, ya gotta read dis.
Reviewed in the United States on November 23, 2015
Verified Purchase
Great read, very well written. Answers a bunch of questions and suspicions I've had for the last 26 years. Should be required reading in every Hawaii high school, but that ain't gonna happen. This is the corrupt State of Hawaii after all. Mahlo Nui Loa to the author Jim Dooley and the University of Hawaii publishers.
Read more
8 people found this helpful
Helpful
Report abuse

Stephany L. Sofos
3.0 out of 5 stars Interesting, but fractured...
Reviewed in the United States on January 21, 2016
Verified Purchase
At first I was so excited to read this book because it had so many stories I had read about it, but unfortunately as I got into the book the stories became fractured and disconnected. It was hard to understand what player was in what year and what role. If Mr. Dooley had just started at the beginning when he first came into investigative reporting in 1973 and then just work through the years, year by year, it would've been a lot easier to understand. Linear writing is easier for the average person.
Read more
3 people found this helpful
Helpful
Report abuse

Ian Y. Lind
5.0 out of 5 stars A good read by a top notch reporter
Reviewed in the United States on December 26, 2015
Verified Purchase
Jim Dooley was one of Hawaii's great investigative reporters for several decades, and he's pulled together his tales of tracking organized crime through the maze of Hawaii courts and politics.

If you are a Hawaii resident, this is really a must read. And if you're a visitor, you'll still learn a lot about how Hawaii works by reading these tales.

And Dooley is a pretty good story teller, so it's a good ride.
Read more
4 people found this helpful
Helpful
Report abuse
See all reviews