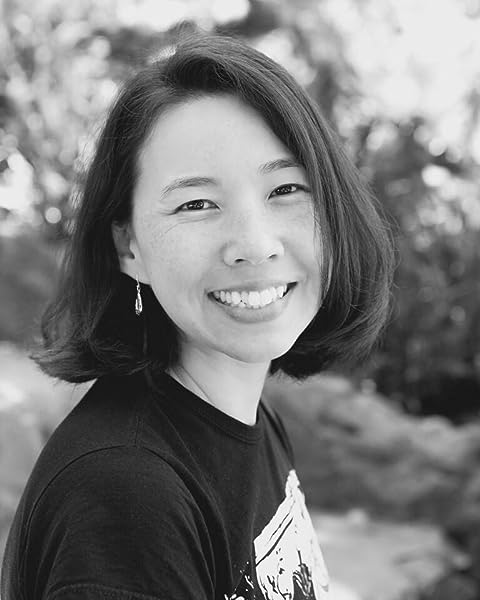 Jo Whittemore is the author of numerous middle-grade humor and fantasy novels. She is a member of the SCBWI (Society of Children’s Book Writers and Illustrators) and is part of the Texas Sweethearts & Scoundrels. She writes from a secret lair in Austin, Texas, that she shares with her husband.

Start reading Supergirl: Age of Atlantis on your Kindle in under a minute.

4.7 out of 5 stars
4.7 out of 5
73 global ratings
How are ratings calculated?
To calculate the overall star rating and percentage breakdown by star, we don’t use a simple average. Instead, our system considers things like how recent a review is and if the reviewer bought the item on Amazon. It also analyzes reviews to verify trustworthiness.

Silverscarf
4.0 out of 5 stars A great tie-in, good for fans of the show.
Reviewed in the United States on December 10, 2017
Verified Purchase
I've had mixed feelings about Supergirl in the past, I can either love it or kind of hate it, depending on what's happening episode to episode. But no matter how I feel about the show at any given time, I will always be excited for tie-in novels for any of the CW DCTV shows so this was an instant pre-order. It is a really fun story, it would make a good episode and has a really fun premise. The characters are all down pretty good, especially Winn and Mon-El. I'd say this is set somewhere around episodes 18-21 of season 2, judging by Kara's relationship status with Mon-El. She knows he's the prince of Daxam and has subsequently forgiven him for lying to her about who he was.
Since this is called Age of Atlantis a lot of fans will probably be wondering if Aquaman is in it. He's not, sorry to disappoint, but he is confirmed to exist on Kara's Earth and is also confirmed to be alive, so there's always the possibility that he could show up in future books, and I would love to see that happen. As far as this being a middle grade novel this is pretty much just like the show, right down to everyone's relationships being the same, so if you let your kids watch the show then this should be a nice read for them. But if you're not much of a fan of the show or don't watch it regularly then this might not be as enjoyable, so I really only recommend it for fans of the show. Overall this was a really good, enjoyable read and I'm looking forward to the next book.
Read more

Rob Gutro
5.0 out of 5 stars 5 out of 5 stars!
Reviewed in the United States on December 23, 2017
Verified Purchase
DC Comics and Warner Brothers teamed up to create a couple of new superhero novels i featuring Supergirl and the Flash, from the CW Network TV show versions.I thoroughly enjoyed the Supergirl novel, "Supergirl: Age of Atlantis."
The writer, Jo Whittemore did a fantastic job bringing the TV show characters to the novel and allowing the reader (and fan of the show) to visualize all of them as if they were watching in on television. That's the mark of a good writer, and this was a really, really enjoyable book and a GREAT GIFT for anyone who is a fan of the show.
5 out of 5 stars!
Read more
2 people found this helpful
Helpful
Comment Report abuse

Amazon Customer
4.0 out of 5 stars Up up and away
Reviewed in the United States on January 3, 2019
Verified Purchase
I like this book because it read like a whole episode of the supergirl show and though I love the show and the powers I dislike how cheesy the show can get at times and I mean I under the audience it caters to but it does get cheesy and I recommend this book to anyone who loves superheroes watching them struggle to save the day and put the bad guy behind bars brings that inner hero in all of us to the surface and I gave it four stars because though I like the story again the cheesy parts to the story could be left out but that’s just me happy reading
Read more
Helpful
Comment Report abuse

Tina H.
5.0 out of 5 stars Fan of the show...it's a great book to read
Reviewed in the United States on February 10, 2018
Verified Purchase
My son is a huge fan of the show and says the book is a great read.
Read more
One person found this helpful
Helpful
Comment Report abuse

Carlton
5.0 out of 5 stars Supergirl Age of Atlantis
Reviewed in the United States on June 11, 2019
Verified Purchase
If your a Supergirl fan this is a must have book for you, Very easy reading, I read the book in two day. Nice addition to my collection
Read more

Amazon Customer
5.0 out of 5 stars Good Read For Many Age Groups
Reviewed in the United States on April 5, 2018
Verified Purchase
Thought I was purchasing a TPB and ended up with a young-Ish adult book that I enjoyed. Great story, action, relationships, plot and a couple of curve balls thrown in to boot! I’ve already pre-ordered book two and can’t wait!
Read more
2 people found this helpful
Helpful
Comment Report abuse

Mr. Daniel Wood
4.0 out of 5 stars A fun read that's worthy of the Supergirl show itself
Reviewed in the United Kingdom on January 7, 2018
Verified Purchase
As someone who loves the TV Series (and all shows considered part of the Arrowverse), I was keen to purchase this Supergirl tie-in novel. The hardback itself is beautiful with a fab cover illustration by Cesar Moreno, and embossing on the cover's font and image. There's tremendous stylized page numbering and chapter headers, so the presentation of the book is beautiful.

The story itself? Jo Whittemore clearly understands the essence of Supergirl and captures Kara Danvers and her world in the TV Show perfectly. Kara's day-to-day life as Catco reporter/DEO agent/Supergirl is translated beautifully into prose. This IS the Supergirl fans know & love, and you can visualize the events here as though you're watching an episode of the series.

Age of Atlantis is something of an obscure title for the events here. Aquaman doesn't make an appearance (though he is alluded to), and Atlantis itself is referenced and represented through one character and a certain plot-device. The real-issue here is that something from Atlantis has caused several citizens of National City to acquire superpowers. And as Supergirl struggles to help/control the reckless antics of these overly enthusiastic 'supercitizens', Kara herself makes questionable decisions as a hero & a reporter...and must be made to see numerous reflections of herself running wild.

Whittemore has produced a fine read that's full of heart and difficult to put down. All the various scenes (domestic, action-based and otherwise) are all written wonderfully, and Jo has a great understanding of characterization, especially Kara (who remains as three-dimensional as ever) From Kara's personality, to how her powers work to her entire supporting case, Jo has Supergirl nailed perfectly. The only real-problems with the story are too many characters running wild that contribute nothing to the story (i.e. James Olsen's Guardian persona, as in Season 2), and there's no real antagonist to challenge Supergirl here which deflates the stakes somewhat.

Still, Supergirl: Age of Atlantis remains a very good book that's ideal for fans of the show. And the perfect companion to go with The Flash: Hocus Pocus. Looking forward to the next book.
Read more
One person found this helpful
Report abuse

A. Holt
5.0 out of 5 stars Supergirl super read
Reviewed in the United Kingdom on February 26, 2018
Verified Purchase
This 1st of 3 novels from childrens author Jo Whittemore is a welcome addition too the series, aimed at younger teen readers and am sure adults will enjoy them too, these books take place in the DC-CW universe and are presented in hardcover, also available in this series is the flash vol 1-3 both series will be published intermittently thoughout the year
Read more
One person found this helpful
Report abuse

VS
4.0 out of 5 stars Atlant is or Atlant isn’t? 😱
Reviewed in the United Kingdom on January 8, 2019
Verified Purchase
It’s a great starting point to our favorite Super! The characters are well written and true to the tv.
Read more
Report abuse

Jayaraman
5.0 out of 5 stars Awesome experience
Reviewed in India on October 27, 2019
Verified Purchase
Very enjoyable story. All the character moments were so good. Needed a bit more Sanvers but we got plenty of Karamel moments. The story was nice and I loved how it tied in to the King of Atlantis (the one and only). I really could imagine Melissa Benoist and team speaking these dialogues and doing these stunts in the show.
Read more
Report abuse
See all reviews