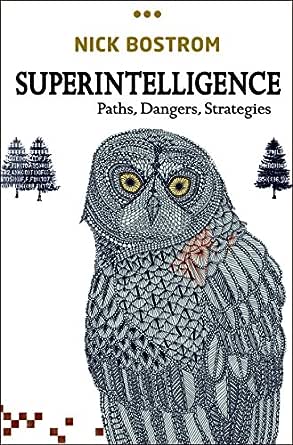 Flip to back Flip to front
Audible Sample Playing... Paused   You are listening to a sample of the Audible narration for this Kindle book.
Learn more
ISBN-13: 978-0198739838
ISBN-10: 0198739834
Why is ISBN important?
ISBN
This bar-code number lets you verify that you're getting exactly the right version or edition of a book. The 13-digit and 10-digit formats both work.

"Nick Bostrom's excellent book "Superintelligence" is the best thing I've seen on this topic.  It is well worth a read." - Sam Altman, President of Y Combinator and Co-Chairman of OpenAI

Nick Bostrom is a Swedish-born philosopher and polymath with a background in theoretical physics, computational neuroscience, logic, and artificial intelligence, as well as philosophy. He is a Professor at Oxford University, where he leads the Future of Humanity Institute as its founding director. (The FHI is a multidisciplinary university research center; it is also home to the Center for the Governance of Artificial Intelligence and to teams working on AI safety, biosecurity, macrostrategy, and various other technology or foundational questions.) He is the author of some 200 publications, including Anthropic Bias(2002), Global Catastrophic Risks (2008), Human Enhancement (2009), and Superintelligence: Paths, Dangers, Strategies (2014), a New York Times bestseller which helped spark a global conversation about artificial intelligence. Bostrom's widely influential work, which traverses philosophy, science, ethics, and technology, has illuminated the links between our present actions and long-term global outcomes, thereby casting a new light on the human condition.

He is recipient of a Eugene R. Gannon Award, and has been listed on Foreign Policy's Top 100 Global Thinkers list twice. He was included on Prospect's World Thinkers list, the youngest person in the top 15. His writings have been translated into 28 languages, and there have been more than 100 translations and reprints of his works. He is a repeat TED speaker and has done more than 2,000 interviews with television, radio, and print media. As a graduate student he dabbled in stand-up comedy on the London circuit, but he has since reconnected with the doom and gloom of his Swedish roots.