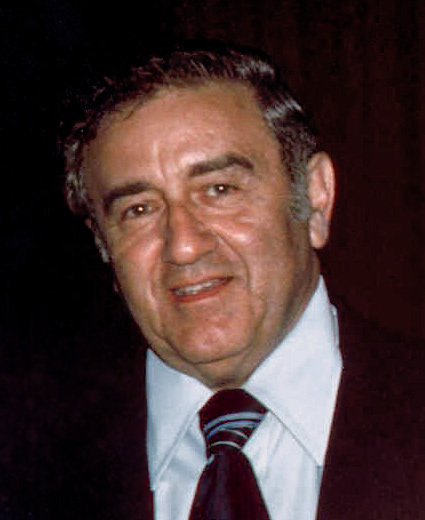 Steve Vrana
HALL OF FAME
5.0 out of 5 stars The Early Years of a Cultural Icon
Reviewed in the United States on December 16, 2012
Verified Purchase
"Superman: The Dailies 1939-1942" combines all three volumes that were originally published separately in 1998 by Kitchen Sink Press. Because each volume in this collection begins with page one, there are actually 554 pages in this collection (not the 174 listed in the product description--that's just the number of pages in vol. 3).

Each of the three volumes is prefaced by a six to eight-page essay by comic book writer James Vance ("Kings in Disguise"). The essays are "A Job for Superman," "The Superman Bandwagon" and "Superman Goes Hollywood)and are accompanied by artwork and photos.

Each volume contains the daily comic strips written by Jerry Siegel and drawn by Joe Shuster, the creators of Superman in 1932.

In all there are 966 strips with two strips on each page. That means that each 3 to 5-panel strip fills a space roughly 10 x 3 inches, making it very easy to read. (No magnifying glass necessary to read the caption balloons.)

Unlike the comic book Superman or the cartoon Superman of the era, the comic strip Superman for the most part steers clear of the politics of World War II. However, in episode 12 (Feb. 9 to March 2, 1940), Superman does stop a war between two nations by having the two leaders fight each other one-on-one. The two armies find this battle between dictator Amork (who looks a lot like Hitler!) and General Gotha "more ludicrous than grim" and put down their weapons and Europe is at peace.

Overall, this is a historical look at the early years of a cultural icon from episode one and Kal-L's origins on Krypton to episode 28 (a whopping 78 strips!) where Superman makes his Hollywood film debut. These are fun stories and the artwork is first-rate. Anyone with even a passing interest in Superman will love this collection. VERY HIGHLY RECOMMENDED

David SwanTop Contributor: Batman
4.0 out of 5 stars Perhaps The Best Superman From The Early Golden Age
Reviewed in the United States on September 10, 2013
Verified Purchase
I've read a lot of Golden Age Superman stories so it was pretty cool to discover a whole parallel universe of stories in the newspaper comics. The dailies stick to the same basic formula having Lois and Clark as somewhat competing journalists for the Daily Planet working under Editor-in-Chief George Taylor (Perry White came along later). Clark makes mild advances towards Lois who continually rejects him. Meanwhile, Clark's alter ego, Superman, fights crime and is entirely impervious to harm while Lois continually bumbles into harms way until Superman rescues her. In one story you'll have a saboteur, in another a gang of kidnappers or maybe an anarchist or an unscrupulous real estate agent. Regardless of the villain or villains the stories stick to the very tight formula and tend to be repetitive. This is pretty much the same thing you get with the GA comic book comics.

There is little to no tension in the stories because the protagonist is invincible. This was prior to Superman being able to fly so a villain could push him off a building but he would bounce right back up (literally).
DC Comics has been very nice in reprinting all the Golden Age Superman stories in their Chronicles line but I don't LOVE those stories. As I mentioned they are very repetitive and quite frankly the art is not that great. Much of the problem with the art is the coloring which was very primitive in the 30's and early 40's. The inkers also tended to over ink giving everything a dark muddy look. The coloring and inking is not a problem with the newspaper comics and let me say that the art looks MUCH better without color. In fact from the start of the book to the end the art improves dramatically until it reaches the level of excellent. There was a significant amount of ghost penciling by legendary artists like Leo Nowak and Jack Burnley. I have a feeling that the artists were given the time to be considerably more meticulous with their drawing producing at most one strip a day. I've seen many of the legendary Golden Age artists produce art that looks sloppy and rushed and on other occasions look very nice and the art here is generally higher quality than in the comic books.

My favorite storyline in the book is the final one. Clark Kent is cast as Superman in a Hollywood production because of his uncanny resemblance to the man of Steel. When in costume he has the exact same ultra-muscular physique and when Superman shows up to save the data people can't tell the difference between him and Clark Kent in costume. This being due to the fact that THEY ARE THE SAME PERSON and yet no one including Lois are able to do the simple math. The story is completely unbelievable and entirely fun.

Do I recommend this book? Yes. The comic panels are nicely sized rather than reduced as is often the case with these collections and the stories and art were much better than expected. At under $20 it is an absolute steal. HOWEVER, I have one big caveat. DC Comics only appears to have published the years 1939 to 1942 and the Sunday Classics in another volume. IDW just published the Silver Age Dailies spanning 1959 to 1961 and will supposedly be releasing all Superman comics from 1939 to 1966 (not sure why they're going out of chronological order except perhaps to initially avoid competing with already published volumes that would overlap their own material). If you want a complete collection it might be better to wait for IDW. In retrospect I wish I had. This is no offense to DC which produced a very nice volume but it would be nice to have a complete set all from the same publisher.
Read more
5 people found this helpful
Helpful
Comment Report abuse

Jaleel R. Kahn
5.0 out of 5 stars A must in the world of comics
Reviewed in the United States on November 12, 2019
Verified Purchase
It's not actually often that such old material can cover both being a great collectible and a legit comic reading experience. But here you really get the best of the earliest Superman (better story flow, bigger panels, clarity in the B&W art) with great reproduction, page quality, and a fantastic hard case for the cover to make it feel very solid. The Golden Age comics hit a good stride around 1942, but the strips were consistently more sophisticated. IDW has continued the line but this production is just a bit better still. A real gem and absolutely the way to go if you want to go back to how it started.
Read more
One person found this helpful
Helpful
Comment Report abuse

Bulent Demirbas
3.0 out of 5 stars Not Good
Reviewed in the United States on August 6, 2019
Verified Purchase
Poor condition. I'm disappointed. There is severe tear on the cover.
Read more
Helpful
Comment Report abuse

sexy dancer
5.0 out of 5 stars brings back the hands of time.
Reviewed in the United States on August 23, 2012
Verified Purchase
this book compiles the very first newspaper syndication of superman from the very first episode during the 1930s.
what is amazing is how the publishers have recreated the newspaper edition in such clear and nice printing considering
that the artworks here are from an old generation. it is a nice collector's item for superman fans.
Read more
2 people found this helpful
Helpful
Comment Report abuse

D. J. Whitmon
5.0 out of 5 stars Five Stars
Reviewed in the United States on April 2, 2016
Verified Purchase
It's Superman as he once was when he was seen daily in the news papers
Read more
Helpful
Comment Report abuse

SEROQUIQUI
5.0 out of 5 stars It's Fun Read
Reviewed in the United States on June 12, 2007
Verified Purchase
Since I wasn't around when these strips were first printed it's nice to know Superman early adventures.
Read more
2 people found this helpful
Helpful
Comment Report abuse
See all reviews