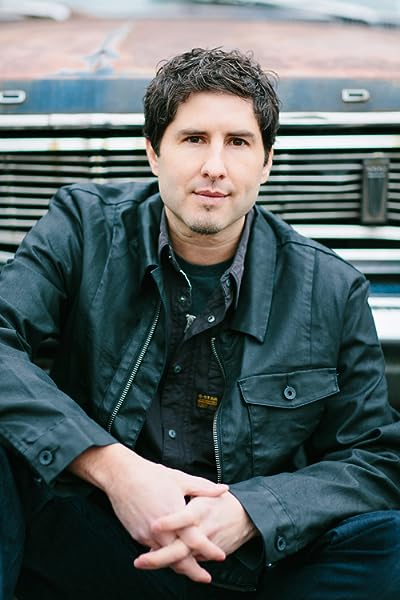 Gr 8 Up—In the latest series installment, de la Peña brings teenage Clark Kent to the present day, fighting against racial prejudice, abduction, and genetic experimentation in Smallville. Clark has just left the football team, much to the chagrin of his teammates, who feel betrayed. While he may have been the best player on his team, Clark knows quitting is for the best, giving him more time to spend with his best friend and aspiring journalist Lana Lang. Clark begins hanging out with Bryan, son of a powerful businessman who is trying to buy up family farms, and Bryan's mysterious friend, Lex Luthor. Tensions are high as the town prepares to vote on a stop-and-search initiative. Prejudice and violence toward Smallville's Mexican population are increasing, and Clark's friend and crush, Gloria Alvarez, claims that people are disappearing. As Clark learns the truth about his past and questions his identity, one thing remains true: Clark will always help those in need. This is a modern and relevant take on Clark Kent's teenage years, ending with the protagonist taking on the role of Superman. New characters seamlessly interact with familiar ones. VERDICT Recommended for libraries where this series is popular.—Marissa Lieberman, East Orange Public Library, NJ

"A wonderful, bold interpretation of a DC icon that aspires to embrace all readers, new and old." —Kirkus Reviews, starred review

“In his brilliant take on Superman, de la Peña shows us that there’s a chance we’ll all need to step up like Clark Kent—with or without a cape.”
—Jason Reynolds, New York Times bestselling author of Miles Morales: Spider-Man and Long Way Down

“Matt de la Peña’s Superman is the quintessential American alien. Despite being caught between two worlds, he’s everything we love about the Man of Steel: courageous, compassionate, and full of hope.”
—Gene Luen Yang, author of New Super-Man and National Ambassador for Young People’s Literature

"As Clark learns the truth about his past and questions his identity, one thing remains true: Clark will always help those in need. This is a modern and relevant take on Clark Kent’s teenage years." —SLJ

"This combination of Superman and De la Peña will fly off shelves, as the award-winning author offers a glimpse into the Man of Steel's beginning as a teenage outsider." —Bookllist

"Maas has a gift for crafting fierce female protagonists. . . . An epic shoutout to all the bad girls who know how to have fun."
—Kirkus Reviews, STARRED REVIEW (for Catwoman: Soulstealer by Sarah J. Maas)

"Feminism is the invisible jet powering this literary revamp of the Amazon princess."
—The New York Times Book Review (for Wonder Woman: Warbringer by Leigh Bardugo)

"Cinematic battles and a race against time keep the excitement high, but the focus on girls looking out for each other is what makes this tie-in shine."
—Kirkus Reviews, STARRED REVIEW (for Wonder Woman: Warbringer by Leigh Bardugo)

"All readers will definitely be delighted by Bardugo's cinematic delivery and long for more stories about this epic, ass-kicking heroine."
—VOYA, STARRED REVIEW (for Wonder Woman: Warbringer by Leigh Bardugo)

"A fast-paced story line, action-packed fight sequences, and hi-tech gadgetry expected from any Batman story make this a fun read with wide appeal."

"Masterful. . . . A great story for any Dark Knight fan."
—Den of Geek (for Batman: Nightwalker by Marie Lu)

MATT DE LA PEÑA is a #1 New York Times bestselling and Newbery Medal-winning author. He has penned six critically acclaimed YA novels, including Mexican WhiteBoy and The Living, which was a Pura Belpré Author Honor Book. Matt's picture book Love was a #1 New York Times bestseller, and Last Stop on Market Street was awarded a Newbery Medal. Matt lives in Brooklyn, New York. Visit him online at mattdelapena.com and follow him on Twitter at @mattdelapena. He is a DC Icons author, a series in which the DC Comics super hero icons are written by megastar young adult authors. The series also includes Wonder Woman: Warbringer by Leigh Bardugo, Batman: Nightwalker by Marie Lu, and Catwoman: Soulstealer by Sarah J. Maas.

Page 1 of 1 Start overPage 1 of 1
This shopping feature will continue to load items when the Enter key is pressed. In order to navigate out of this carousel please use your heading shortcut key to navigate to the next or previous heading.
Back
Next
Pages with related products. See and discover other items: alien comic, alien comics