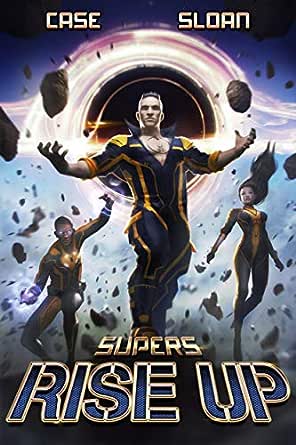 You've subscribed to Supers! We will preorder your items within 24 hours of when they become available. When new books are released, we'll charge your default payment method for the lowest price available during the pre-order period.
Update your device or payment method, cancel individual pre-orders or your subscription at
Your Memberships & Subscriptions
There was an error. We were unable to process your subscription due to an error. Please refresh and try again. 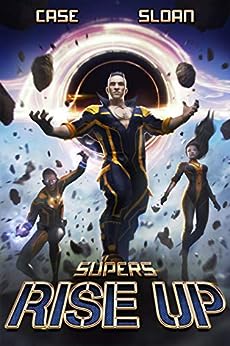 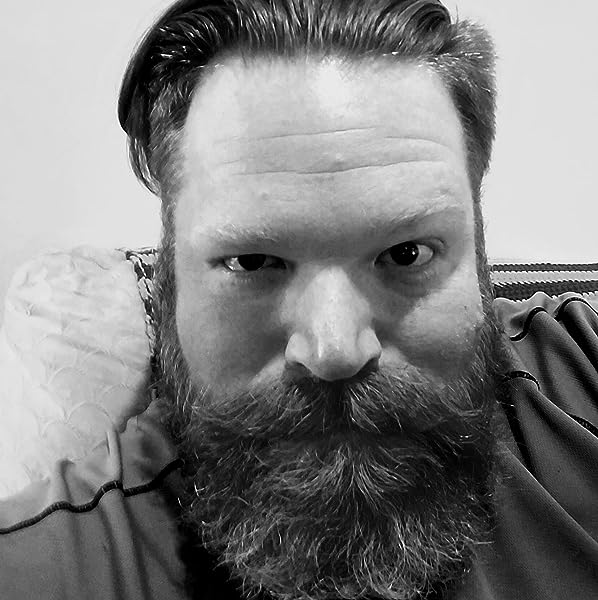 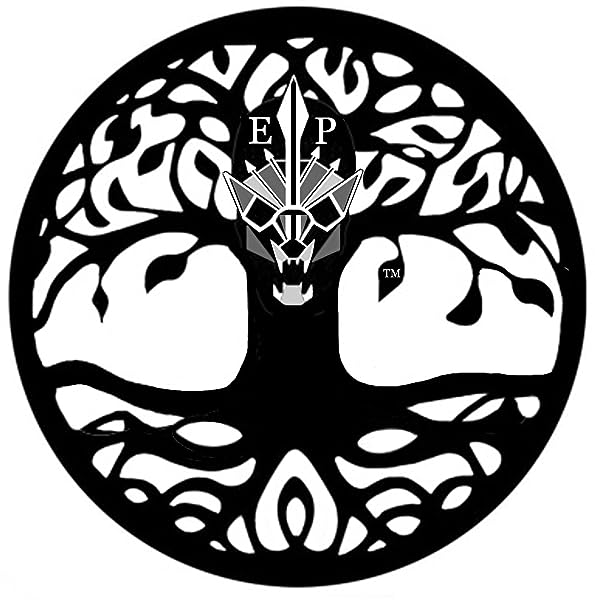 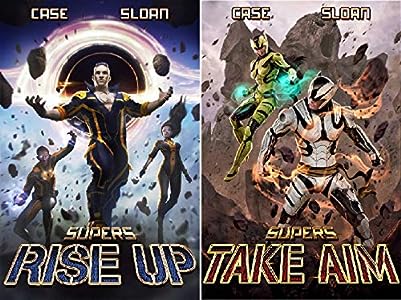 A superpowered colony falling to corruption. The fate of millions at stake.

Out on his own as a surveyor, Major Corbin sleeps under the stars and calls his own shots. As a one-man operation without powers on a space colony with power-abusing supers, this is the life. Nothing lasts forever. The chance discovery of a mysterious substance changes everything when he gains superpowers—and learns that it’s the key to saving the colony from an evil that nobody but him knows is coming. The kicker? Gaining powers means waking an ancient being that might be the difference between saving the universe or dying in the process.

If you love science fiction with the added awesomeness of superpowers, you’ll enjoy this trilogy.

He's known for his amazing narration on such titles as:

Don't Miss Other Books from the Authors!

4.3 out of 5 stars
4.3 out of 5
65 global ratings
How are ratings calculated?
To calculate the overall star rating and percentage breakdown by star, we don’t use a simple average. Instead, our system considers things like how recent a review is and if the reviewer bought the item on Amazon. It also analyzes reviews to verify trustworthiness.
Top reviews

Matthew W Seniff
5.0 out of 5 stars Not your average cape and boots superhero book
Reviewed in the United States on September 16, 2020
Verified Purchase
I’m a big superhero fan. Ever since I read my first Superman comic I was hooked. Now 60+ years later I’m still hooked. Supers: Rise Up has a bit of a different take on the superhero stories. The story is set on a world far removed in time and space from our planet Earth. I thoroughly enjoyed reading this book and look forward to reading the second book in the series. I recommend this book to everyone but especially to other superhero fans.
Read more
2 people found this helpful
Helpful
Report abuse

Voraxious
5.0 out of 5 stars Best super book I've read lately.
Reviewed in the United States on May 8, 2020
Verified Purchase
At the time I had purchased this book I was looking for any kind of super hero book, and I was very pleasantly surprised with the quality of the writing. I had no complaints with anything that the author did in this book. He has some very well written scenes, fantastic characters, people you love to hate and hate to love, I enjoyed the alternative outlook on supers in this series. 2 thumbs up, and if I had more than 2 thumbs they'd be up as well.
Read more
2 people found this helpful
Helpful
Report abuse

steven p mathis
5.0 out of 5 stars A nonstop page turning event
Reviewed in the United States on September 20, 2020
Verified Purchase
Unlike most books I've read lately, this one hooked me in chapter 2 and pushed me to late night reading until I was finished. A fantastic plot with super powers and potential alien menace coupled with a soul searching for truth, outstandingly done!
Read more
2 people found this helpful
Helpful
Report abuse

Joscelyn Smith
5.0 out of 5 stars A great series starter
Reviewed in the United States on August 5, 2019
Verified Purchase
I just finished and I'm already looking forward to reading more in this series. A great MC who is a genuinely good person and when given amazing power uses it to help others, that combined with a truly engaging storyline made this a page turning read.
Read more
3 people found this helpful
Helpful
Report abuse

Phoenix
5.0 out of 5 stars New twist on supers and powers
Reviewed in the United States on September 27, 2019
Verified Purchase
Fun And engaging first book in a new super series. Seems to have some cultivation bound in. I find the main character to be a good and moral person and like the MCs approach to life. This has the hallmarks of a long series of played right and lots of powered fun. Looking forward to second book.
Read more
2 people found this helpful
Helpful
Report abuse

Aj
4.0 out of 5 stars Great book.
Reviewed in the United States on August 9, 2019
Verified Purchase
A good start to another story. I enjoyed the twist of super powers combined with a sci-fi armor feel. Struggled a bit at the end with his training in his mind, a bit confusing but the fights after brought me right back into the story though. Great cliff hanger at the end, cannot wait for the next book.
Read more
2 people found this helpful
Helpful
Report abuse

Daniel F Parham Jr
4.0 out of 5 stars Nice beginning
Reviewed in the United States on January 22, 2020
Verified Purchase
This was a different take on the superhero genre, blending both sci-fi and superhero origin mythos as the opener for the series. Was quite enjoyable and interesting from a plot point perspective. The author was/is able to play with the storyline. Definitely looking forward to the next book
.

.
2.0 out of 5 stars A stickman of a story.
Reviewed in the United States on January 13, 2020
Verified Purchase
Pleasant, but simplistic and 2D. You could read it if you were really at a loss, but you’d be consciously aware of the basic nature of it. You’d forget it almost before you put it down.
Read more
One person found this helpful
Helpful
Report abuse
See all reviews

Gordon Mullan
4.0 out of 5 stars A great start to a series
Reviewed in the United Kingdom on August 21, 2019
Verified Purchase
Not read any superhero literature before, and thoroughly enjoyed it. It felt a little rushed in a couple of spots but not enough to lose interest, and the cliffhanger at the end message I came wait to read the next one!
Read more
Report abuse

Keith Dorrell
5.0 out of 5 stars Super
Reviewed in Australia on September 7, 2019
Verified Purchase
A super yarn,....pun intended. Can’t wait for the next instalment.
Read more
Report abuse
See all reviews