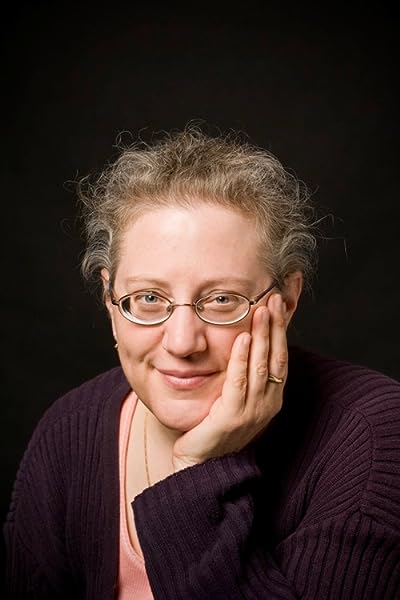 Carolyn Jewel was born on a moonless night. That darkness was seared into her soul and she became an award winning and USA Today bestselling author of historical and paranormal romance. She has a very dusty car and a Master’s degree in English that proves useful at the oddest times. An avid fan of fine chocolate, finer heroines, Bollywood films, and heroism in all forms, she has three cats and a dog. Also a son. One of the cats is his.

Start reading Surrender To Ruin (Sinclair Sisters Book 3) on your Kindle in under a minute.

3.4 out of 5 stars
3.4 out of 5
21 global ratings
How are ratings calculated?
To calculate the overall star rating and percentage breakdown by star, we don’t use a simple average. Instead, our system considers things like how recent a review is and if the reviewer bought the item on Amazon. It also analyzes reviews to verify trustworthiness.
Top reviews

Danker
2.0 out of 5 stars A sad disappointment
Reviewed in the United States on December 7, 2017
Verified Purchase
No. No. No. I have been one of the countless readers pleading for this book for years. I pre-ordered it the moment it became available and started reading it the instant it appeared on my Kindle. So I can’t believe how disappointing I find it.
All sex no story. Well, no story that grabs the throat and is totally convincing. Why my criticism about the sex? It isn’t prudishness. The first book in the series, Lord Ruin, has plenty of sex scenes and 90% of the hero’s initial attraction is about his sexual obsession with his wife. But in that book Jewel gets a better balance. She also does a much more proficient job at depicting characters. For example, Lord Ruin is also a thoroughly disgusting man when one considers how he treats women. And yet, Jewel redeems him in a way (as long as a reader can forget the very distasteful first sex scene, for which he becomes totally remorseful). In Lord Ruin Jewel also demonstrates her talents for characterisation, not just with the changes in the hero. She is also clever in how she builds on the transformation of his initially colourless wife - who is revealed to be intelligent, loyal, to have a spine of steel as well as a gentle heart.
In comparison, this story is, in my view, a non-event. The plot is thin and what there is of it remains unconvincing. The hero is constantly described as non-heroic. He is a whiner. Amongst other things, he has made money from brothels over many years. Revolting. He treats his new wife with zilch empathy or respect. To my mind, he is never redeemed. His heroine? The fierce lioness of the first book in the series is reduced here to a pale imitation of her former self. The one-way love affair is awful. Even the reason for the “forced” marriage between Devon and Emily is totally unconvincing
Sad.

Mainer
VINE VOICE
4.0 out of 5 stars Okay ending to this series.
Reviewed in the United States on December 6, 2017
Verified Purchase
Emily is the youngest Sinclair sister and the most beautiful. She hates her beauty because it hides the real inner Emily. She's been in love with Devon Carlisle, Earl of Bracebridge forever, but he's still in love with her eldest sister Anne (Lord Ruin book). Still he can't help but lust after Emily though he considers her a brat.
Since she's the only sister left unmarried, she's chosen to live with her dissolute father even though he intends to sell her off as he did with sister Lucy. Devon elopes with her as revenge against her father who wouldn't let him marry Anne. So the sex is explosive, but otherwise Devon is cruel and controlling, ignoring Emily unless he's comparing her to her detriment with Anne. Emily hangs in there, but is very unhappy. There's some odd stuff where her family tries to interfere and force a divorce which neither Devon nor Emily want for various reasons.
Mostly I didn't think they were a well-matched pair. Devon's attachment to Anne becomes tiresome and unbelievable. Emily who has numerous suitors won't be swayed from Devon even when he's constantly cruel. There was some weird plot holes like Devon convincing Emily to come to London where she can redecorate his home (he won't let her touch the country estate which is done to Anne's taste), but then he makes stops her when she rearranges the foyer (which she didn't seem to notice). We're told she's feisty and speaks her mind, but she never points out how his attitude changed on this.
I do like Ms. Jewel's writing a lot. Her sex scenes are hot and her dialogue is good. So I'd give this 3 and 1/2 stars.
Read more
One person found this helpful
Helpful
Comment Report abuse

Vocabulary Master
4.0 out of 5 stars 4 1/2 Stars
Reviewed in the United States on January 4, 2019
Verified Purchase
Book three in the Sinclair sisters series. Can be read and enjoyed as stand-alone. Told in dual POV with HEA. It is steamier than most historical romance, and I like that. Emily the youngest Sinclair sister is known for her beauty. With her three older sisters now married she is left to care for her father. The Earl of Bracebridge has been nursing a broken heart for years. He has loved only Anne Sinclair and hasn’t gotten over her marriage to his best friend three years ago. When Emily needs saving from her father’s devious match making, he steps in to save her. Emily has loved him for years, but knows he loves her sister still. Their marriage and relationship have them both opening their eyes and hearts and learning each other. It takes time for their physical relationship to develop into love. I loved the epilogue and seeing all the Sinclair sisters together!!
Read more
Helpful
Comment Report abuse

Valerie A KaderTop Contributor: Historical Fiction Books
4.0 out of 5 stars Good Conclusion to the Series
Reviewed in the United States on December 22, 2017
Verified Purchase
I love regency romances! I’ve read a few of this author’s books and liked them. This book was no exception. The premise was mildly intriguing - nobleman rescues his lost love’s sister - and I was looking forward to reading Emily’s story. The heroine, Miss Emily Sinclair, was compelling - beautiful and loyal but sometimes immature. The hero, Devin Cartwright, Earl of Bracebridge, was also compelling - handsome and strong, but frequently stubborn and obtuse. They had good chemistry and some sizzle. There wasn’t much storyline. Overall, a good book and awkwardly compelling, as usual.
Read more
One person found this helpful
Helpful
Comment Report abuse
See all reviews

Broughy
1.0 out of 5 stars Awful
Reviewed in the United Kingdom on April 29, 2019
Verified Purchase
What a pity. The first two books in the series were really quite good, this one is a total disappointment! There was promise in the 2nd book that Emily and Bracebridge would be a good story to read, in reality it is boring and awkward. He comes across as a dreadfully sulky teenager who hasn’t got his own way. She is slightly better, but incredibly ‘understanding’ to the point of irritating that she was such a drip!!! As for the other sisters, it didn’t seem they loved her at all!! Anne seemed to revel in the fact she is the love of his life....... Mary just comes across as very bossy and quite frankly unpleasant.
Read more
Report abuse

Bea
1.0 out of 5 stars Terribly disappointed. Trying to hard to come up with a storyline.
Reviewed in the United Kingdom on November 14, 2018
Verified Purchase
I loved the first book. This was hard going. The storyline was a disappointment.
Read more
Report abuse

mrs v hodgson
5.0 out of 5 stars Five Stars
Reviewed in the United Kingdom on March 29, 2018
Verified Purchase
This is one of my favorite authors and I loved this story. I was also pleased with the delivery.
Read more
Report abuse

Ace Reviewer
4.0 out of 5 stars Four Stars
Reviewed in the United Kingdom on January 21, 2018
Verified Purchase
Very pleased, been waiting ages for this book to be published, arrived quickly.
Read more
Report abuse

Lyn
5.0 out of 5 stars Good ending to series
Reviewed in the United Kingdom on December 11, 2017
Verified Purchase
Thoroughly enjoyable - loved all the characters!
Read more
Report abuse
See all reviews