Survive for Now (The Infected Dead Book 2) and millions of other books are available for Amazon Kindle. Learn more 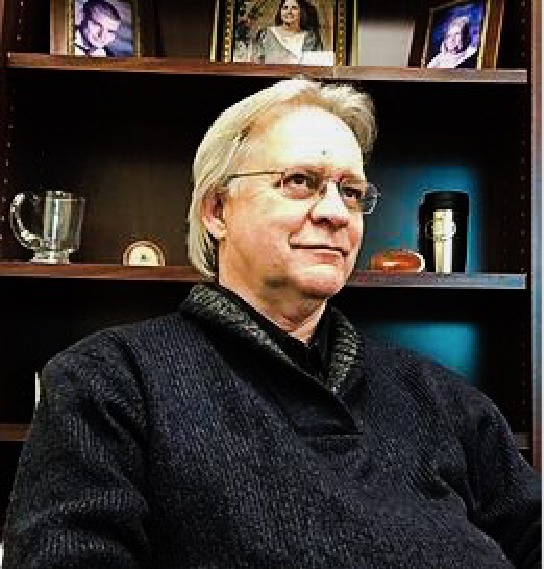 Bob Howard moved to Charleston, South Carolina in 1971 and has lived in the area for most of the years since. He graduated from the College of Charleston in 1978 with a BS in Psychology. Survive for Now is his second novel in the zombie genre with many more to come. It follows in the footsteps of his Amazon Bestseller, Alive for Now.
Start reading Survive for Now (The Infected Dead Book 2) on your Kindle in under a minute.

4.5 out of 5 stars
4.5 out of 5
186 global ratings
How are ratings calculated?
To calculate the overall star rating and percentage breakdown by star, we don’t use a simple average. Instead, our system considers things like how recent a review is and if the reviewer bought the item on Amazon. It also analyzes reviews to verify trustworthiness.
Top reviews

P.Chamberlain
5.0 out of 5 stars Another new favorite
Reviewed in the United States on January 18, 2018
Verified Purchase
I have read so many good books recently, almost all of them in the ZA/infected dead genre, I have many favorites and I knew during book one of “The Infected Dead” series that I found another favorite series to add to my ever growing list.

ALL of the other series I read are on Kindle Unlimited, that way I can read 10-15 books per month without going hungry. This series (to my horror) is not on KU. I don’t know when I bought book one but I’m pretty sure it was either on sale for 99c or it was offered for free, either one will grab my attention, and I’m glad it did. (Kindle version)

When I finally started book one, I was immediately blown away by the pace of the story. It started strong and not only had a great deal of “wtf?” moments, it also had a healthy dose of mystery and horror.

It took me a day to read book one and I knew right away that I had to buy the whole series.

Book two (this book) kept the same momentum, mystery, horror, and general silliness going while building a world unlike the one we live in, with its own rules that we learn along the way at the same time as the main character(s).

So far I have really enjoyed books one and two, even getting a wee bit excited when the author mentioned Huntsville AL (my home town) and other areas I have spent time in. (Not going to say anything more so there won’t be possible spoilers)

I can’t wait to read the next book, and luckily I won’t have to, because I went ahead and bought books 2-5 as soon as I finished book 1.

If you enjoy ZA/Infected Dead series, this one is great and on the lighter side (I’ve read some seriously intense series in the genre and I don’t always want to have a heart attack from start to finish) though it doesn’t skimp on heart stopping situations.

I would definitely recommend this series to any fan of the genre. Any fan, hardcore or casual will enjoy it.
Read more
2 people found this helpful
Helpful
Report abuse

Martlady
5.0 out of 5 stars Surprising good, this need to go on TV
Reviewed in the United States on March 5, 2017
Verified Purchase
Obviously I read the first book and the author got me hook . I'm zombie fan so I know when a good book or movie . Also I love to read but I'm very picky reader, to rate this book here is my criteria and this author meet 5 start plus. 1-Wow a normal common person ( no talent, skills, anything) pushed to be a survivalist with all the resources that caught my interest. 2-Each book stay focus in the subject no the typical back and forward like others (fillers to make the novel longer) . 3-Great ability to make the reader think you are inside the main character mind . 4-Of course it have the natural violence without been exaggerated, and he explains without been exaggerated. My congratulations to the author for such of great novel series, like I said someone have to take this novel and put in a TV series. It real good.
Read more
3 people found this helpful
Helpful
Report abuse

Susan B
4.0 out of 5 stars Survive For Now
Reviewed in the United States on July 1, 2016
Verified Purchase
I read the book, Alive For Now, in one sitting. It took a little longer for me to read, Survive For Now, about a day and a half to read. I still like the story, but it reminded me more of The Adventures of Scooby-Doo with all the explaining about everything had to be done. I didn't feel that this deserve 5. So I gave it 4. The story is still good. This book had quite a few errors in it. I should have started marking them from the beginning but by the time I decided that I was already over halfway through the book and I didn't want to go back and do it. But this book does need some corrections made. I still think you should read it. I cannot wait for book 3 come out. I don't want to give out any spoilers so I'm going to stop now. Read this book!
Read more
2 people found this helpful
Helpful
Report abuse

Jamie
5.0 out of 5 stars Love that I know exactly where they are!
Reviewed in the United States on December 5, 2016
Verified Purchase
I have been a horror fan since I learn to read. I loved scary books &movies as a little kid and it just got better the older I got. I found this series by Bob Howard few days ago and after reading a quick sample I immediately purchased all 3 books. I grew up not far from where the books are based and moved to Surfside with friends as a young adult. I have enjoyed reading these books so much while picturing the different places Charleston and the battery (I've been there so many times) , the old civil war forts and pretty much every spot mentioned from Myrtle Beach to Charleston. ...I lived in and around M.B. for 25years before moving back up the coast a little ways to my hometown in N.C. I've always been able to lose myself in my books but it's definitely easier when you've been to all the places lol. Bob Howard is definitely a wonderful storyteller and I hope he continues to write stories like these. Thanks Mr. Howard you are my second favorite author now, second only to Stephen King.....☺
Read more
One person found this helpful
Helpful
Report abuse

jose santos
5.0 out of 5 stars You wont be disappointed enjoy
Reviewed in the United States on August 21, 2017
Verified Purchase
Ive actually finished reading all four books i tend to forget giving a rating so here it is.I don't want to give anything away and if you have read the first one you dont need my review because you will already know how good it is and if you haven't do so you wont regret it
Read more
One person found this helpful
Helpful
Report abuse

james e smith
5.0 out of 5 stars Great series
Reviewed in the United States on May 9, 2017
Verified Purchase
I have read all three books in the series. All three were well written, had well developed characters, and had plenty of action. I would recommend these books who like the zombie style stories. My only recommendation to the author would be to shorten some of the chapters.Some of them are extremely long. Other than that the books are great!
Read more
One person found this helpful
Helpful
Report abuse
See all reviews

rattyratbag
5.0 out of 5 stars REALLY GOOD BOOK 2
Reviewed in the United Kingdom on October 19, 2016
Verified Purchase
On one of their many excursions from Mud Island, the group consisting of Chief, Ed, Kathy and Jean have helped to rescue Tom and his daughter Mollie, who had been on the run from the zombies for some time. During a radio transmission they find that Tom's wife has found refuge in a bunker similar to there own with a Dr .Bus, it seems the ideal time to go back out into the world and reunite the family, but not everything is smooth sailing, there are still humans out there, some okay and some quite vile and sadistic.
The group find the family and bring them together, returning to Mud Island all appears great.

All changes when a Russian Ship appears in the harbour, and they are back to being unsettled and wary - another great story with lots more excitement.
Read more
Report abuse

Ali
5.0 out of 5 stars Brilliant
Reviewed in the United Kingdom on April 1, 2018
Verified Purchase
Brilliant series. Have purchased the whole set now. Gripping storyline that keeps evolving to keep the reader enthralled. Came late to the "Zombie" genre but loving it. Although don't let Chief Barnes catch you calling them Zombies.......they are the Infected Dead!!!
Read more
Report abuse

Mr. A. R. Jackson
5.0 out of 5 stars I love it. Read this and needed to buy book ...
Reviewed in the United Kingdom on June 17, 2016
Verified Purchase
I read a darn lot of zombie books, at least 30 this year. Discovered this and decided to buy it. What a book and what a story. I love it. Read this after reading book one and had to get it. I don't know what it is about the writing style but it just appeals to me and I find the whole story just brilliant. I just wanted to see what happens next to our motley band of survivors. A great read folks.

ps Bob, when is the next one coming?
Read more
2 people found this helpful
Report abuse

I kimber
3.0 out of 5 stars Surprise
Reviewed in the United Kingdom on July 3, 2018
Verified Purchase
Really good story line,am still going to buy the series ,but the characters are very one dimensional, trite, no body is all good they are desperately in need of depth , I would normally,not go past the first book but the storyline is fair,and as any book should be ,entertaining. Thanks for a good read
Read more
Report abuse

Georgette.H.Denholm
4.0 out of 5 stars Well done.
Reviewed in the United Kingdom on June 27, 2016
Verified Purchase
I liked the characters,I liked the improbable bunkers.
I liked the get to know ,how it happened bits.
I wanted to read more. While the zombies were most certainly there, I would have loved more, more fights, more gore, more scares.
That said this book was a great read and I thoroughly enjoyed it.
Read more
Report abuse
See all reviews
Back to top
Get to Know Us
Make Money with Us
Amazon Payment Products
Let Us Help You
EnglishChoose a language for shopping. United StatesChoose a country/region for shopping.
© 1996-2021, Amazon.com, Inc. or its affiliates