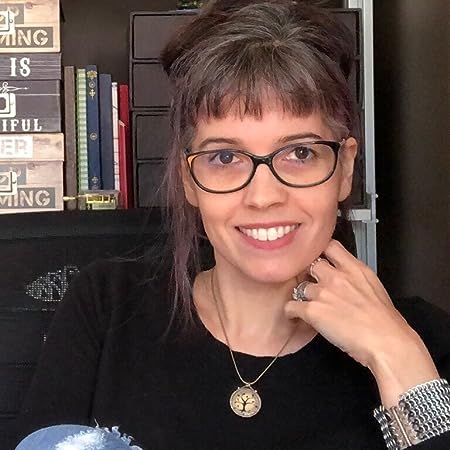 Susan Quilty is an indie author who writes novels featuring strong women in unusual circumstances, often with a sci-fi, fantasy, or psychological twist.

She is currently writing The Psychic Traveler Society, a young adult series.

You can learn more about Susan's latest projects by visiting her website: SusanQuilty.com 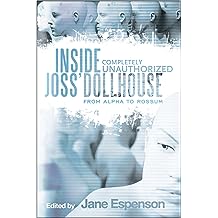 Inside Joss' Dollhouse: From Alpha to Rossum Oct 12, 2010
by Jane Espenson
( 9 )
$4.99
Though Joss Whedon's television show Dollhouse ended in January 2010 after its second season, its small but devoted cult following is still reeling from not only from its mind-blowing plot twists but also its challenging, dystopic look at the ethics of new technology.

Inside Joss' Dollhouse is a fitting tribute to this complex, engaging show. The anthology's 18 sometimes funny, always insightful pieces cover Dollhouse from anticipated start to explosive finish. Drawn from an international contest judged by fan favorite Whedon screenwriter Jane Espenson, its essays get right to heart of what Dollhouse viewers loved most about the show.

Espenson also acts as the book's editor, offering context and extra insight on its topics and the show—a role she played in previous anthologies Finding Serenity and Serenity Found, also on Joss Whedon creations.

From programmer Topher's amorality to the accuracy of the show's neurobiology, Inside Joss' Dollhouse brings Dollhouse back to life with a depth sure to satisfy its many still-mourning fans.
Read more
Other Formats: Paperback 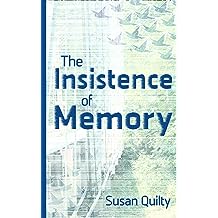 The Insistence of Memory Sep 18, 2017
by Susan Quilty
( 15 )
$3.99
Nothing could prepare Joanne for the secrets her husband left behind. As she stumbles through each day, attempting to raise their young daughters alone, Joanne soon learns that Jeff’s basement tinkering had led to a remarkable invention: a machine that can record memories and play them back in someone else’s mind.

Now, Jeff’s partner-in-crime wants to turn their unfinished project into a money-making scheme, while Joanne’s best friend argues the dangers of dredging up buried memories. Joanne’s heartache must take a backseat as she struggles to find balance between supporting the future of Jeff’s incredible discovery and keeping her own troubled history safely locked in the past.

The Insistence of Memory gently bends reality to let readers explore the truth of what we remember. What is real? What is blurred? What would we never want revealed? 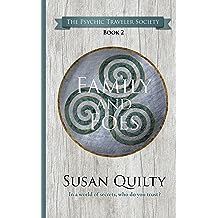 Family and Foes (The Psychic Traveler Society Book 2) Aug 25, 2020
by Susan Quilty
( 5 )
$4.99
Family and Foes is the second book in the Psychic Traveler Society series. In the first book, Healers and Thieves, Amanda Jones discovered her psychic travel abilities and the secret society destined to shape her future. Six months into her training, Amanda feels torn between the possibilities of being a psychic traveler and the realities of being a teenager. As Amanda explores new worlds and new relationships, she begins to question who she can trust and where her journey will lead.
Read more
Other Formats: Paperback 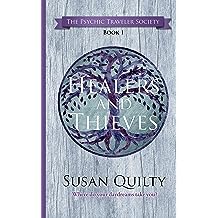 Fourteen-year-old Amanda Jones often finds her mind wandering to the same place: A large Victorian house where each room is lined with many doors. The empty rooms have become a familiar part of her life, yet, as her fifteenth birthday approaches, the pull of the imaginary house becomes so strong that Amanda finds it difficult to focus on anything else.

Why does the house keep drawing her back? What will happen when she gathers enough courage to open a door and see what's on the other side?

Healers and Thieves is the first book in The Psychic Traveler Society series.
Read more
Other Formats: Paperback 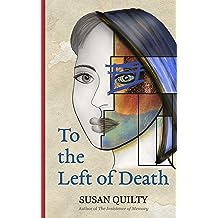 When an elementary school teacher witnesses murder, she's left with painful memories and an inability to make peace with her experience. She now goes through the motions of daily life, sitting up night after night with her never-ending thoughts and everlasting bourbon.

A return to her teenage love of drawing begins to revive her, but will her art be a salvation or a path back into the swirling mystery of that fateful day?

To the Left of Death takes a first-person look at the struggle to find connection and purpose while navigating the lingering effects of trauma.
Read more
Other Formats: Paperback