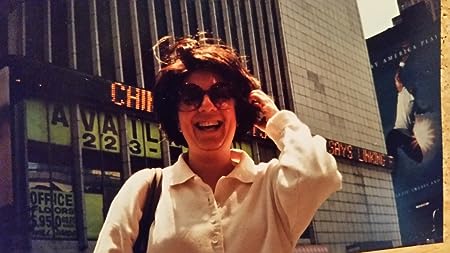 Susan Sloate is the author or co-author of twenty published books, including FORWARD TO CAMELOT: 50th Anniversary Edition (with Kevin Finn), STEALING FIRE and REALIZING YOU (with Ron Doades). All of the above books were published in a single 90-day period in 2013.

The original 2003 edition of FORWARD TO CAMELOT was a #6 Amazon bestseller, took honors in three literary competitions, and was optioned by a Hollywood company for film production. The 2013 revised edition (with a new Afterword by the authors) has received laudatory reviews, including a UK blogger who called it 'the best book I've read this year'. STEALING FIRE went to #2 in its category on Amazon on publication, and remained a Hot New Release for three months. It was also honored in the 2014 Readers Favorite Book Award Competition. REALIZING YOU pioneers a new genre--self-help FICTION. It also has received laudatory reviews from both readers and reviewers.

Susan is also the author of 17 young-adult books, both fiction and non-fiction, including MYSTERIES UNWRAPPED: THE SECRETS OF ALCATRAZ, which led to her appearing as an expert on The History Channel's special on the topic in 2009. She has written books for five girls' fiction series, along with several Y/A biographies. Her Ray Charles biography, FIND ANOTHER WAY!, won the silver medal Multi-Cultural Nonfiction category in the 2007 Children's Moonbeam Book Awards.

She has run two political campaigns and founded a recent Writers Workshop for aspiring playwrights and screenwriters in her hometown of Mount Pleasant, SC. Visit her online at http://susansloate.com 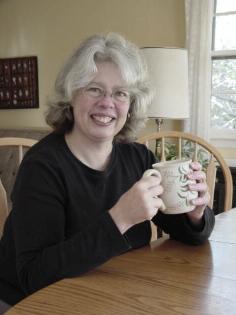 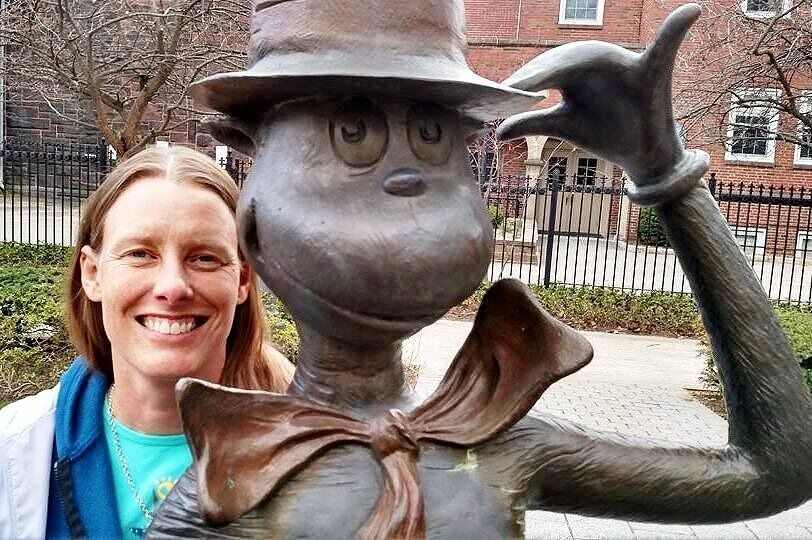 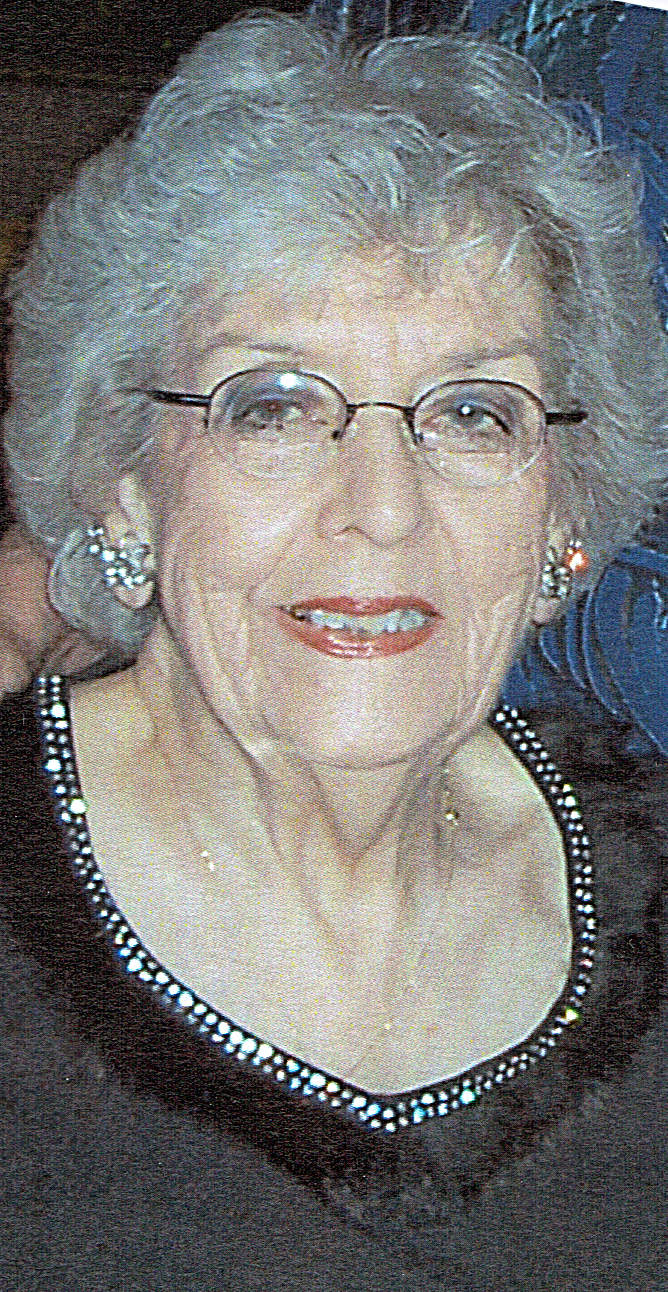 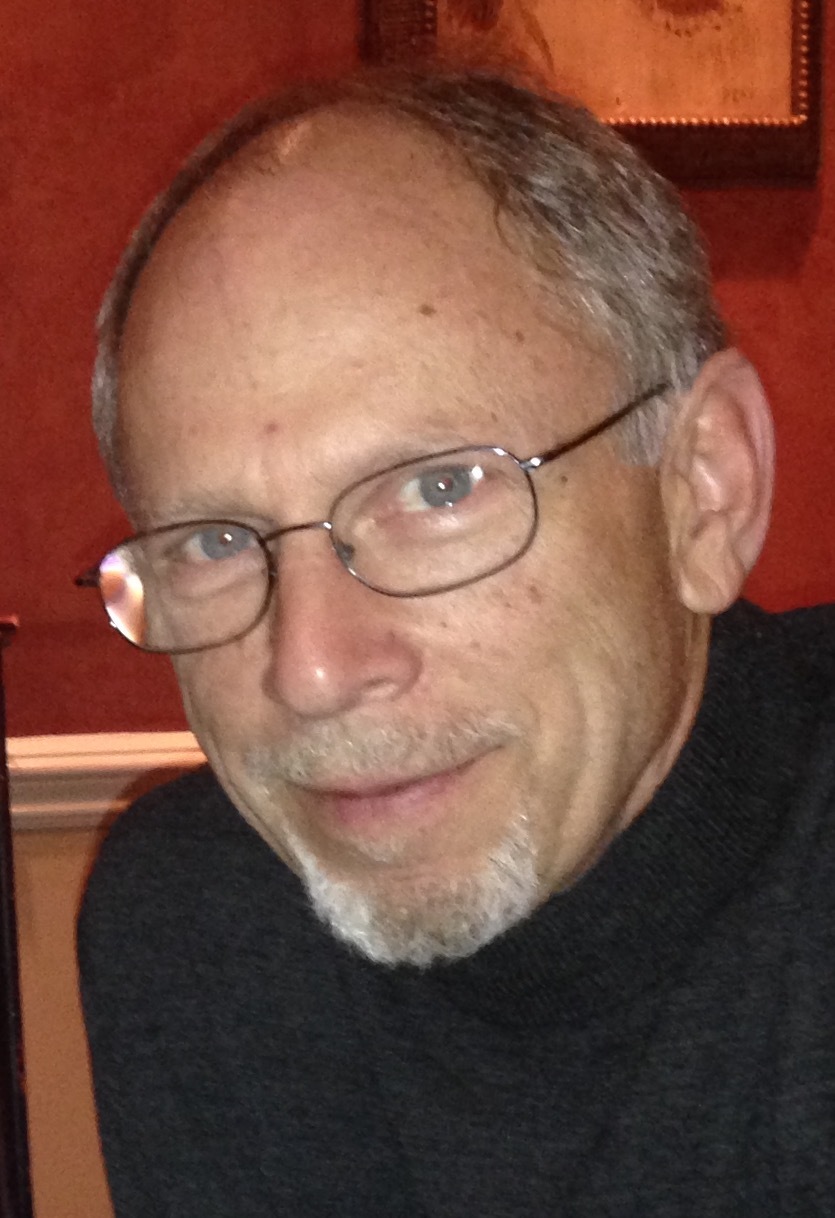 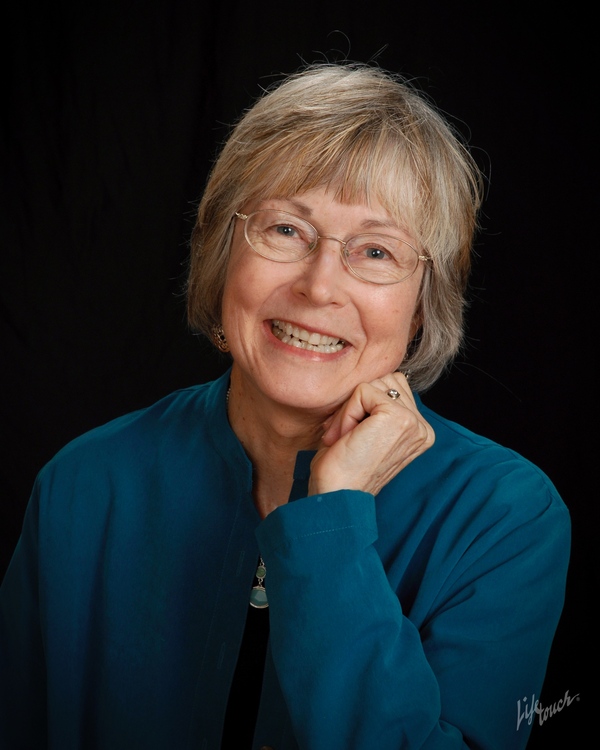 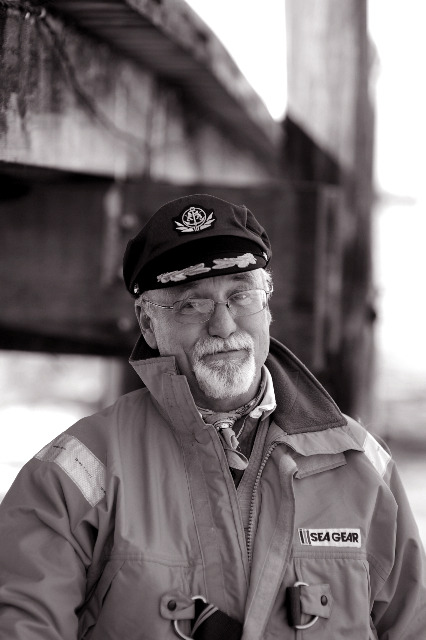 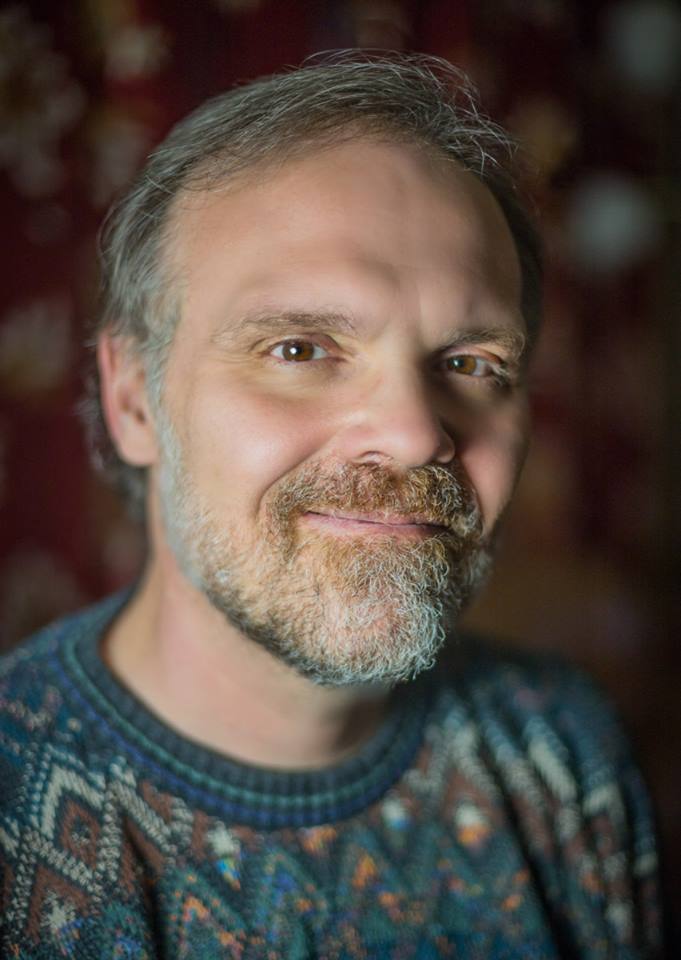 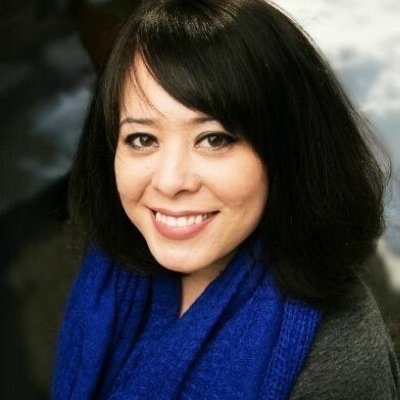 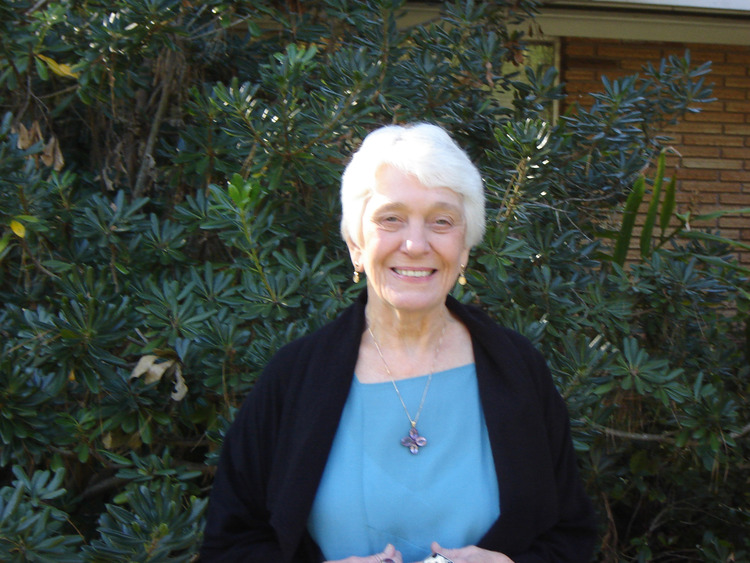 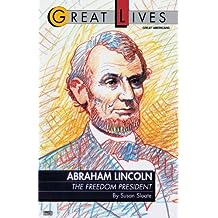 Abraham Lincoln: The Freedom President (Great Lives) Dec 22, 2010
by Susan Sloate
( 3 )
$7.99
The life and times of America's most famous champion of liberty, a man of peace whose fate was to lead a nation at war with itself. Join young Lincoln in the Kentucky wilderness and see how his thirst for knowledge and justice led him to the presidency, where he would be called upon to preserve the Union and abolish the evil of slavery forever.
Read more
Other Formats: Paperback 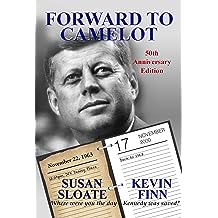 Forward to Camelot: 50th Anniversary Edition Aug 29, 2013
by Susan Sloate, Kevin Finn
( 30 )
$8.99
WHERE WERE YOU THE DAY KENNEDY WAS SAVED?
On the 50th anniversary of the JFK assassination comes a new edition of the extraordinary time-travel thriller first published in 2003 with a new Afterword from the authors.

On November 22, 1963, just hours after President Kennedy’s assassination, Lyndon Johnson was sworn in as President aboard Air Force One using JFK’s own Bible. Immediately afterward, the Bible disappeared. It has never been recovered. Today, its value would be beyond price.

In the year 2000, actress Cady Cuyler is recruited to return to 1963 for this Bible—while also discovering why her father disappeared in the same city, on the same tragic day. Finding frightening links between them will lead Cady to a far more perilous mission: to somehow prevent the President’s murder, with one unlikely ally: an ex-Marine named Lee Harvey Oswald.

Forward to Camelot: 50th Anniversary Edition brings together an unlikely trio: a gallant president, the young patriot who risks his own life to save him, and the woman who knows their future, who is desperate to save them both.

History CAN be altered …
Read more
Other Formats: Paperback 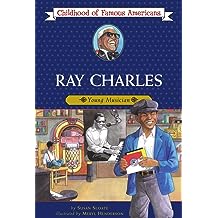 Ray Charles: Young Musician (Childhood of Famous Americans) Jun 17, 2008
by Susan Sloate, Meryl Henderson
( 15 )
$6.99
One of the most popular series ever published for young Americans, these classics have been praised alike by parents, teachers, and librarians. With these lively, inspiring, fictionalized biographies -- easily read by children of eight and up -- today's youngster is swept right into history.
Read more
Other Formats: Library Binding , Paperback 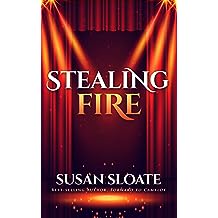 They weren't looking for each other... but what they find together is a once-in-a-lifetime understanding, impossible joy and piercing heartache... until they learn that some connections, however improbable, are meant to last forever.

STEALING FIRE is a story for romantics everywhere, who believe in the transformative power of love.
Read more
Other Formats: Audible Audiobook , Paperback 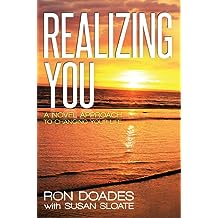 Realizing You Oct 16, 2013
by Ron Doades, Susan Sloate
( 11 )
$7.75
Meet Robby Aihn, the newest star in the self-help universe and author of the runaway bestseller, Realizing You, now struggling with his first taste of fame. Though his five principles for good living are changing other people’s lives, his own life is starting to fall apart. When Robby stages a lavish self-help conference in Dallas, he attracts others with their own secrets: his estranged wife and unhappy teenage daughter; the businessman pursuing his own agenda; the all-star pitcher facing the end of his career; and the shy co-author Robby never acknowledged, who is searching for meaning in her own life. Join Robby and the others on their journey toward understanding and fulfillment, in this truly novel approach to changing YOUR life.
Read more
Other Formats: Paperback 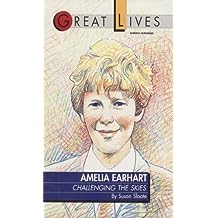 When Amelia Earhart vanished over the Pacific Ocean in 1937 during her attempt to make the first round-the-world flight via the equator, it sparked one of the century’s greatest mysteries. Did she crash? Was she taken prisoner by the Japanese? Was she on a spying mission for the U.S government?

Amelia Earhart: Challenging the Skies is the biography of a compelling woman whose achievements spurred the growth of commercial aviation and furthered the cause of women’s rights, as well. From the first days of flight to her possible last days alive, Amelia Earhart tames the dangerous skies with a daring all her own.
Read more
Other Formats: Paperback