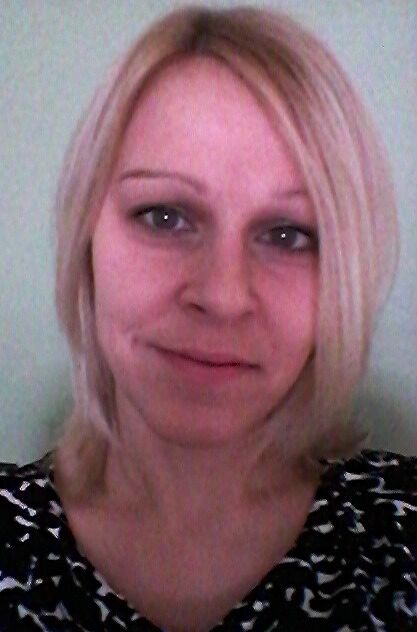 Romance author Susan V. Vaughn turned her passion for reading romances into writing her own unique love stories. Susan lives her life finding laughter in all situations, and delights in marrying sarcasm with romance to create realistic falling-in-love stories in the unlikeliest of scenarios. She lives on the shores of Lake Huron with her real life knight in shining armor and enjoys watching their three children learn the art of sarcasm and wit. 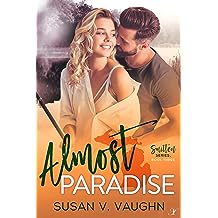 Almost Paradise (Smitten Series Book 3) May 13, 2021
by Susan V. Vaughn
( 6 )
$2.99
For Irene Shultz, Caseville is a chance to escape her boring existence and do something outside of her control. Fix up her grandparent’s old home and take steps toward her future. Simple as that. If only she could ignore the flirty local determined to buy her property.

If only she could stop him from stealing her heart…

For Doug Heck, Caseville is his paradise and the home on Carolyn Street is his future. Get a real estate agent and make an offer. Simple as that. If only he could convince the stubborn owner to sell.

If only he could get her beauty off his mind… 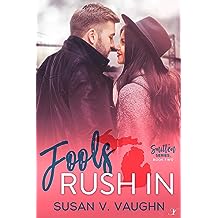 Fools Rush In (Smitten Series Book 2) Jun 23, 2020
by Susan V. Vaughn
( 9 )
$2.99
All her life, Cree Robertson only had two dreams: to dance professionally, and to build a relationship with her father in America. When a career ending injury took her out of the dance game for good, Cree left everything she knew in Canada behind to be with her father. But her new life in Lexington, Michigan is far from what she had envisioned. And so is working for the handsome and rich, Henry Gates. A man used to getting his way.

A man determined to steal her heart….

As a boy, Henry Gates never envisioned taking over his father’s business and raising his little sister, Tara. But a family tragedy sealed his fate. Now he must live a life he never wanted for the sake of a little girl he has no idea how to raise. When Henry hires a beautiful and vivacious dance teacher for Tara, he wonders if his luck had finally turned around. Cree Robertson might just be the solution to his sister’s unhappiness.

She might just be the solution to his unhappiness… 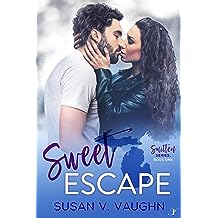 Sweet Escape (Smitten Series Book 1) Jun 5, 2019
by Susan V. Vaughn
( 6 )
$2.99
Ted Harper knew moving to Milford to open his dream bar wouldn’t be easy. But he could have never imagined he would be so easily distracted from his goal. Violet Marino is beautiful, smart, captivating, and unfortunately, his next-door neighbor. Now Ted has a dilemma on his hands he didn’t anticipate as his life becomes entangled with a woman he can’t seem to forget.

Violet Marino has spent decades caring for her family and working at her father’s restaurant as a waitress. Hardly the life she dreamed of living when she was a little girl. But after her mother died, she was never a little girl again. Thrust into the parenting role for her two younger siblings, Violet sacrificed everything for their well-being.

When a handsome business owner offers her more than just a sweet escape, Violet is tempted to take him up on the offer. Even if that means jumping into the unknown. 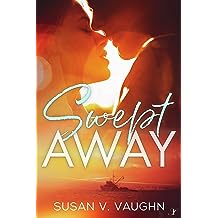 Swept Away Dec 22, 2020
by Susan V. Vaughn
$2.99
Jack Reed, a young crab boat captain, has met the women of his dreams while standing up in his younger brother’s wedding. Too bad he is already in love with the open seas.

Carefree Megan Berry doesn't want to be tied down, but can’t forget the passionate night she spent in the arms of the wickedly handsome captain.

A botched matchmaking attempt by some well-meaning friends not only forces the two conflicted lovers back together, it also leaves Megan stranded on Jack’s boat in the middle of the perilous Bering Sea.

The stormy adventure brings excitement and passion as Jack and Megan play out their emotional relationship in a dangerous high-stakes situation. But when it’s time to set anchor, can Jack find a way to keep his career and his fantasy girl? 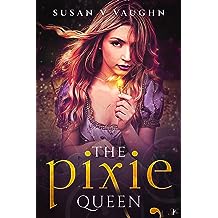 The Pixie Queen Jun 26, 2016
by Susan V. Vaughn
( 9 )
$2.99
In the small town of Caseville strange things have occurred…
From the time Jane Hensley was little, she knew she was different. Instead of hanging out with friends, she was often in the woods, alone, chanting magical words that filled her with power and effected the environment around her. A sudden summer storm on a perfectly sunny day. Monster waves crashing into the shores of Lake Huron. Strange things happening in nature with no rhyme or reason. Residents are mystified by these occurrences, but would never dream they could come from Plain Jane Hensley, the girl that was so quiet, it was like she wasn’t there at all.
But David Reynolds, the town’s football star, has noticed Jane. In fact he has been secretly in love with the strange girl for years. And on the morning of her sixteenth birthday, he is determined to finally reveal his heart to her. Instead David discovers Jane’s powerful secret. A secret that has brought a magical stranger to their town. One who claims to be a Pixie King, and entices Jane on a quest.
Now David must choose whether to allow the girl of his dreams to disappear forever. Or follow her on a journey that defies logic. 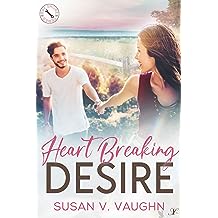 Heart Breaking Desire: Bay Shore: Book 3 Dec 10, 2020
by Susan V. Vaughn
$2.99
Kaylee Rybak’s life is a nightmare. Her mother’s addiction to drugs is spiraling out of control. And for months she has had a recurring dream that just might be a prediction of her mother’s death. She is determined to use her psychic ability to prevent this tragedy. But when a man from her past comes back to town, she loses herself in the passion between them. Now her family’s future is on the line—and so is her heart.

Tony Reynolds has been in love with his best friend’s little sister for sixteen long years. But the moment he got up enough nerve to tell her, an unexpected family tragedy forced his life in another direction. Now, after three long years of separation, Tony is back in Bay Shore to take over his old mentor’s mechanic shop, and to secure Kaylee’s heart. But will she accept his love when he finally puts it all on the line? 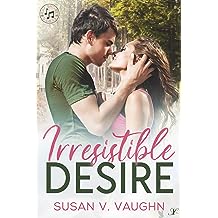 Music teacher Ann Green moved to Bay Shore to protect her heavily-guarded heart. But when she meets a handsome fisherman who tests her resolve to stay single, she loses all control. Now she is stuck between the painful memory of her father’s betrayal, and the man who just might be her future.

A boundless hunger has taken over…

Andrew Rybak has taken care of his two younger siblings since his mother’s ongoing drug addiction began. But he secretly aches to escape Bay Shore, and leave all his responsibility behind, until a beautiful stranger moves into town, and opens his eyes to a new future. But will she trust him enough to open her heart? Especially as his inner passions are ignited, and everything he’s been holding back comes pouring out at once. 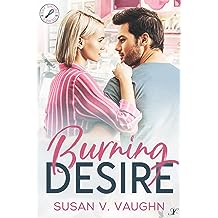 One night of passion with a handsome stranger compels Louise Piekartz to change her path. Instead of finishing law school at her parents’ urging, she chases her dream to Bay Shore and revives her grandmother’s bakery. Now that she has secured a life of her own, she won’t let anything get in her way. But can she resist the temptation of the man from her past, when he shows up to rekindle their love affair?

Ever since his father’s death, Isaac Rybak has a burning need to fix everything around him. But his mother’s addiction to drugs is not something he can cure. Consumed by his inability to stop his mother from using, he struggles with his inner demons—until the woman of his dreams walks back into his life, and all his efforts are focused on a battle he knows he can win: securing her heart. 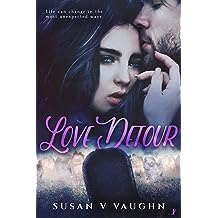 Ashlyn Montana had encountered ghosts her whole life, but none more charming or irresistible than Bob Abbott. From the moment the fatherly figure floated into her life, she knew she met a friend she could trust. Pressured by her family to marry young, Ashlyn takes Bob’s advice and goes on the run in disguise. But when he talks her into taking a job in Breaker Creek as a farm boy named Al, she becomes suspicious. Did her ghostly pal lead her to freedom, or entangle her into his past?

Hunter Abbott had no idea what he was getting into hiring the clueless and scrawny farm boy, Al. But he felt for the kid. There was a time he was once a lost boy looking for a place to belong, until his Uncle Bob took him under his wing. But when Hunter tries to help guide Al into a farmer it leads to a shocking discovery. His new hire is hiding an unbelievable secret. And Hunter is about to face a reality he never thought possible.

Can the two people Bob Abbot loves most, find love as they work to solve the mystery of his murder? 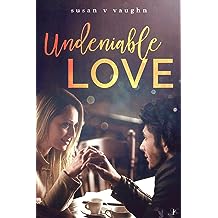 Undeniable Love Jun 15, 2017
by Susan V. Vaughn
( 11 )
$2.99
Shane Reed won't be swayed by love. He's a city boy with a passion for tattoos and melting women's hearts. Until he finds his bachelor status threatened by a beautiful news reporter he just can’t seem to forget.

Josie Brooks won't let anything get in her way. She's in Chicago to make her weather correspondent dreams come true. But when a dashing stranger comes crashing into her life, can she really ignore her heart’s desire to save her career?

When two paths entangle…resolves can be broken, hearts can be stolen, and a love can become undeniable. 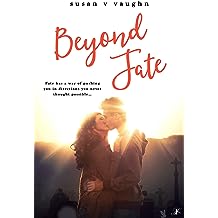 Julia Diaz never wanted to fall for her friend's older brother, especially at a college frat party. But, for some reason, her heart was stolen by Russell that night. Eight years after, she never forgot him. Now destiny has brought them together. Only this time Russell is no longer a boy. He’s a man who knows what he wants and will not be denied.

Russell Webb used to be optimistic, and fun loving until a family tragedy turned his world on its side. Putting all his focus on work, he picked himself back up, and managed to turn his grief into something resembling a life. When a woman from his past reappears, and gives him a glimpse of true happiness, he’ll do anything to secure her heart. Even face the darkness he has avoided for so long. 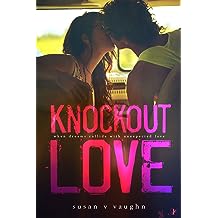 Maggie Heugan has her life all planned out, from her engagement to a handsome doctor, to her perfect nursing career. Then why does a chance meeting with a captivating stranger, have her questioning everything she has ever known?
Pro wrestler, Sean Miller is on a fast track to his destiny, until an unexpected injury derails his course. Now he can’t refrain from chasing the enticingly beautiful Nurse Maggie, when she just might hold the key to healing him in more ways than one.

For these two conflicted lovers, life spirals out of control, when Love collides with destiny.