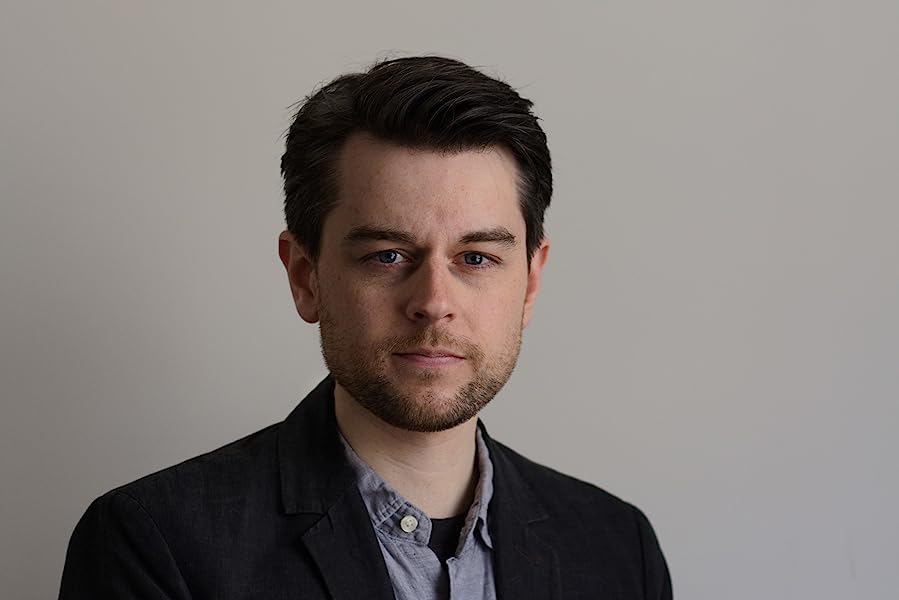 "[W]hen we’re faced with events we cannot understand, it’s natural for our brains to create a narrative--even if it means ‘casting the world in terms of "us versus"' to potentially dangerous ends, as Brotherton puts it. ‘There are more conspiracy theorists out there than you might expect,’ he writes. ‘Chances are you know some. Chances are you are one.’" - TIME

"[Brotherton] casts doubt on the assumption that far-fetched beliefs are reserved for the simple-minded or the exceedingly paranoid . . . Although we like to think our judgments are based on evidence, Brotherton reveals that a host of psychological factors come into play whenever we choose what to believe." - Scientific American

"Brotherton relates the history of conspiracy theories, from the Illuminati and the Great Fire of London to Area 51 and the 9/11 attacks. But he is loath to write off any of these ideas as limited to a lunatic fringe." - Psychology Today

"Clearly written and with liberal use of humor and numerous examples from scholarly research, this title provides a valuable look at why conspiracy theories abound and why we should continually assess our thinking." - starred review, Library Journal

"Brotherton illustrates how incomplete, contradictory, coincidental, and incongruent information can allow people to see conspiracies and connections where there are none, due in part to the theories’ plausibility and humans’ innate desire for order . . . While Brotherton might not convince all believers to remove their tinfoil hats (a concept whose origin he explains), it’s sure to make readers question their worldview." - starred review, Publishers Weekly

"[Brotherton's] writing style is inviting and even cheeky, and the book is a page-turner. A thoughtful, general analysis of conspiracy theories arguing that belief in secret plots is neither new nor unusual but a time-tested part of the human experience." - Kirkus Reviews

"A thought-provoking analysis and an appealing guide to thinking about conspiracies, real and imagined." - Wall Street Journal

Rob Brotherton, a former lecturer in psychology at Goldsmiths, University of London, is a leading expert on the psychology of conspiracy theory. He has written about conspiracy theories for periodicals such as New Scientist and the Skeptic magazine, and on his website, conspiracypsychology.com. He currently lives in New York City.

Start reading Suspicious Minds: Why We Believe Conspiracy Theories on your Kindle in under a minute.

4.4 out of 5 stars
4.4 out of 5
96 global ratings
How are ratings calculated?
To calculate the overall star rating and percentage breakdown by star, we don’t use a simple average. Instead, our system considers things like how recent a review is and if the reviewer bought the item on Amazon. It also analyzes reviews to verify trustworthiness.
Top reviews

David A. Reitzes
5.0 out of 5 stars Are we caught in a trap? No, we just have suspicious minds.
Reviewed in the United States on March 23, 2017
Verified Purchase
Conspiracy theories are everywhere, now more than ever. Or so it seems. From JFK to 9/11, from Sandy Hook to the Soviet Union, from Alex Jones to Donald Trump, conspiracy theories are on the tips of people's tongues and the headlines of mainstream news. But, as this book shows, this is actually nothing new. Conspiracy thinking has always been with us and presumably always will be. What we need is a guide to help us understand why this is, and why there's more at work in our perceptions than merely gathering information and drawing an objective conclusion.

I have been researching the Kennedy assassination for 25 years, with a fair amount of study of other conspiracy theories and related subjects, like belief in pseudoscience and the paranormal. I started out as a conspiracy believer (at least as far as JFK was concerned), but ultimately I changed my mind. Ever since, one of the burning questions for me has been how I fell under the sway of that mindset.

Rob Brotherton has done an excellent job of laying out the evidence that there are fundamental reasons we believe in conspiracy theories, and conspiracy thinking is anything but the irrational behavior of people on the fringe. Rather, we have psychological dispositions that make us hyper-vigilant against threats and conspiracies, in reading patterns in the information we receive -- so much so, that we may see such patterns even when they aren't real. This is not just one author's opinion; Brotherton draws on scientific research to make his case. The results are illuminating and thought-provoking.

The book is not a personal attack against conspiracy theorists, as Brotherton himself insists. It very specifically and explicitly rejects the stereotype of the tinfoil hat-wearing conspiracy nut. He emphasizes the factors that makes conspiracy thinking very common and natural. He also does not attempt to debunk specific conspiracy theories (although he does single out a few that are of particular historical significance). The point of the book is to show that, while conspiracy theorists maintain that their theories arise from evidence, there's more at work in our brains than we are aware of. We need to keep these factors in mind as we evaluate the world around us. Some things may be exactly as they seem, but sometimes our minds play tricks on us. It doesn't make us stupid or crazy; it makes us human.

You don't have to be a student of conspiracy theories or conspiracy thinking to benefit from this book. If you're curious about why conspiracy theories are so prevalent and why they're so compelling -- to John (or Jane) Q. Public, world leaders, or, well, you yourself -- you'll find this both a lucid, well researched study, and an enjoyable read as well. I recommend it most highly.

Pumpjack
3.0 out of 5 stars We all ‘err on the side of suspicion’ -- and for good reason
Reviewed in the United States on October 2, 2016
Verified Purchase
Especially in today’s political climate, and magnified by the reinforcing and isolating nature of social media, those who believe conspiracy theories are often in the news. And just as often, they are blithely dismissed as paranoid kooks inhabiting the fringe in their bunkers, while wearing tinfoil hats. The author does his best to make it clear we are all, in some way, paranoid conspiracists. His point is that our brains have been shaped by evolution to take for granted the mechanisms, the neural pathways, that make paranoia an advantage for survival.

“… the scientific method doesn’t come naturally to us. Our brain evolved to interpret patterns quickly and decisively.” And that comes into play as we muddle our way through a world in which we are desperate to find meaning and surrounded by near infinite amounts of data begging to be sorted and, when possible, linked. Under those circumstances, “buying into a conspiracy is the cognitive equivalent of seeing meaning in randomness.” It’s a very advantageous trait that allows us to see, for example, the patterns of the face of hungry a tiger mixed in with foliage and make a quick turnaround.

Equally important, conspiracies make those who harbor them feel like there is meaning in the universe because “It is supremely unsatisfying to think that our good or bad fortune is nothing more than blind chance…”

I was especially struck by the examination of just how much credit conspiracy theories give to the other side. “… conspiracy theorists seem to have ‘startling faith in the capabilities of their enemies.’ At the very least, they propose that when the conspirators set events in motion they are able to predict how things will unfold with seemingly clairvoyant foresight.” It’s puzzling how much power is given away to the faceless Illuminati, especially given the evidence we have daily of how blessed hard it is for humans to keep their mouths shut and cover up anything, really.

He builds an interesting and very convincing theory, but one that is only ever treated at a superficial level. There are many, many examples of often fascinating conspiracies from ancient days to the modern era (JFK, Obama birthers, 911, the moon landing), all presented in an engaging writing style. It’s fun, and fascinating and also a little unnerving — those who are most entrenched in the deepest conspiracies find reinforcement in the lack of supportive evidence — but I would have liked a bit more depth and rigor around the cognitive science the many psychological studies quoted. Still, well worth the read.

James
5.0 out of 5 stars Suspicious minds is an interesting read
Reviewed in the United States on November 7, 2017
Verified Purchase
This book tries to find the common psychological thread of people who are prone to conspiratorial thinking. It sees such thinking as a common human failure to a point and asks why are some people so much more prone then others. I take away from it that there are 6 things to guard against in our thinking which are:

It’s interesting to go through his little history of conspiracy’s, all in all an interesting read.

A.
5.0 out of 5 stars Fascinating
Reviewed in the United States on April 29, 2018
Verified Purchase
When I took English 1101 we had to research and write about rumors. It was surprisingly a psychologically complex topic that showed some strange workings of the human mind.

This book covers similar aspects of human cognition and behavior.

EVERYONE should learn more about how the mind is wired to work and how this system can go awry.

jlw
5.0 out of 5 stars Very interesting
Reviewed in the United States on May 20, 2020
Verified Purchase
Totally changed my conception of conspiratists. Always knew that everyone buys into some reasonable conspiracies, but didn't realize that the brain is wired to fall into that trap and how much effort is required to dismiss them, which I generally do.
Read more
2 people found this helpful
Helpful
Comment Report abuse
See all reviews

Rusty Niles
4.0 out of 5 stars An easy read and an interesting subject
Reviewed in the United Kingdom on April 20, 2017
Verified Purchase
The author tries to be neutral although cynicism can be detected at times. However; overall this is not information on conspiracy theories but what causes people to believe in them, such as pattern recognition. An easily understood book for all and a reminder that all beliefs and opinions, however different, stem from similar ,if not the same cause, not being more informed ,nor right or wrong but by being human.
Read more
3 people found this helpful
Report abuse

L. B. Stratmann
5.0 out of 5 stars Brilliant and entertaining book
Reviewed in the United Kingdom on December 15, 2018
Verified Purchase
I loved this book, not only was it an in depth analysis of why people believe in conspiracy theories it was written with wit charm and clarity.
Read more
One person found this helpful
Report abuse