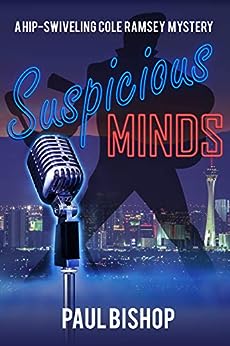 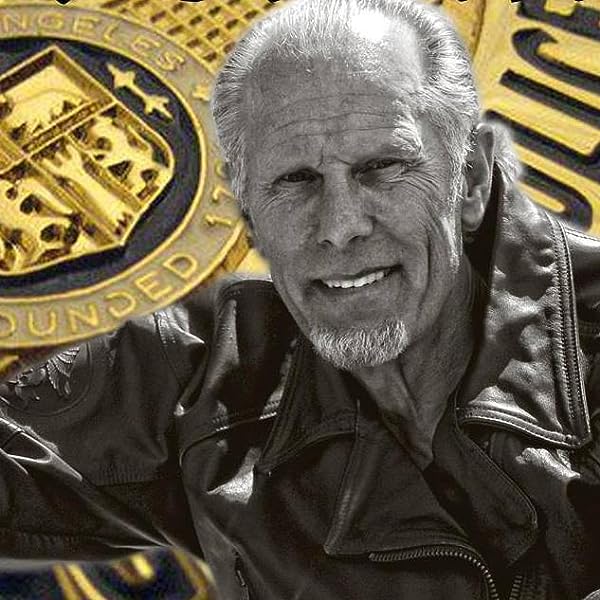 A 35 year veteran of the Los Angeles Police Department,Paul Bishop's career included a 3 year tour with his department's Anti-Terrorist Division and over 25 years' experience in the investigation of sex crimes. His Special Assault Units regularly produced the highest number of detective initiated arrests and highest crime clearance rates in the city. Twice honored as LAPD's Detective of the Year, Paul also received the Quality and Productivity Commission Award from the City of Los Angeles.

As a nationally recognized behaviorist and deception detection expert,Paul starred as the lead interrogator and driving force behind the ABC TV reality show Take the Money and Run from producer Jerry Bruckheimer. He currently conducts law enforcement related seminars for city, state, and private agencies.

Paul is the author of 15 novels and has written numerous scripts for episodic television and feature films. His latest book, Lie Catchers, is the first in a new series featuring top LAPD interrogators Ray Pagan and Calamity Jane Randall.  --This text refers to the paperback edition.

Bill Ellingsen
5.0 out of 5 stars Fun, Fun, Fun
Reviewed in the United States on May 28, 2019
Verified Purchase
I love Elvis mysteries, so when I saw this one, written by an author whose work I’m familiar with, I bought it without even looking inside. The last book I read by Paul Bishop was a hard-core crime thriller and, going by the product categories, I thought Suspicious Minds would be too. But what the product categories don’t convey is the fun factor. Cole Ramsey, a young Elvis impersonator, receives a call from his police detective sister, telling him to expect a call from a guy claiming to be Elvis—the real deal. She and the entire department are busy with a crime wave, so she’s passing the kook off to him, thinking he’s just another delusional Elvis impersonator that Cole probably knows. The guy does call Cole and arranges to meet him, but he never shows up. So Cole uses his natural detective prowess to track him down. Before long, the young and old Elvis impersonators are riding around in a pink Cadillac convertible, looking for a rogue DEA agent who has been missing for years. It’s all great fun mixed with moments of terror. There are a few typos in the book, but not enough to be annoying. There is one strange part (Chapter 42, I think) where the text is repeated for a couple of pages. I was going to give four stars instead of five for that until remembering that the same thing once happened to one of my books. Just wade through it and move on. This is a delightful crime story and, for the practically free price of $0.99 that I paid for it, there’s no reason not to buy it.
Read more
One person found this helpful
Helpful
Report abuse

Dennis R. Miller
5.0 out of 5 stars An Action-Packed Trip with The King
Reviewed in the United States on September 25, 2018
Verified Purchase
I’ll say right up front Suspicious Minds is a page-turning read that perfectly titled. It opens in 1977 to lay the groundwork, then moves to 1996 in a West Hollywood Sheriff’s station where a man swears he’s Elvis. Enter Elvis impersonator Cole Ramsey who finds himself getting pulled into a case that involves an FBI agent on the lam, a murderous drug dealer in Witness Protection, and Elvis. At least Cole grows more and more certain his new partner is Elvis. It’s impossible to go into the plot much more without spoilers.
It’s obvious that Bishop knows his Elvis lore — the man’s personality, his effect on generations of listeners and on society. And while there are many twists, it’s to the author’s credit that things never get confusing. The writing is clear and fast moving. There’s plenty of action, dashes of humor and some PG 13 violence.
One of the best scenes for this reader is when Cole, the Elvis impersonator and the possibly real Elvis take the stage at an Elvis impersonation night. I’ve attended two “Elvis” concerts and the author nails the excitement and passion that a good impersonator creates. Such was the power of the real Elvis.
Why is the title so apt? Suspicious Minds, of course, was one of The King’s biggest hits later in his career and one of his most powerful live performances. In the novel, few people but Cole are who they seem to be, evoking the song’s opening lines: “We’re caught in a trap, we can’t get out . . . .”
Take a trip on this fast-moving Mystery Train. You’ll find yourself brimming with Burnin’ Love by the time Elvis has left the building.
Read more
2 people found this helpful
Helpful
Report abuse

Pat Browning
5.0 out of 5 stars This book rocks!
Reviewed in the United States on February 15, 2012
Verified Purchase
This book gave me an evening of pure entertainment.It's full of formatting glitches and a typo or two, but most of time I was so busy laughing I breezed right on by. Elvis isn't really dead; he's in a witness protection program. When he bounds onstage to perform at an Elvis Impersonators show my computer rocks.

Funny though it is, SUSPICIOUS MINDS is a crime novel and Paul Bishop has the bona fides for it. He spent 35 years with the Los Angeles PD, twice winning Detective of the Year awards.A prolific writer of novels and film scripts, Bishop also co-starred as a regular interrogator on the ABC-TV reality show, "Take The Money And Run," which wrapped its first season this past September.

March 1977, New Orleans, St. Louis Cemetery No. 2: Gordy Fontaine and Lew Sutton, DEA partners, show up for the burial of drug dealer Zachary Arceneaux. Trouble is, there's someone else in the coffin, while Arceneaux, guarded by two FBI agents, sits in a limousine watching his own funeral.

As the coffin is lowered, Gordy jumps on top of it and unscrews the lid, revealing the wrong corpse. The traditional jazz band strikes up like all heck breaking loose and in the melee an FBI agent is shot in the leg. It's a wild shot from the limo but Gordy gets the blame and goes on the lam.

June 1977, an arena in Indianapolis: Gordy buys a ticket to an Elvis concert. They've been friends ever since Elvis showed up at a DEA office wanting to help in the war on drugs. Gordy meets Elvis in his limo after the concert. The wheels begin to turn.

August 1977, Graceland, Memphis: Outside the Graceland gates, a man runs through a crowd of weeping mourners yelling that Elvis is not dead; it's a hoax. Nobody pays him any attention. Of course Elvis is dead. It was on radio and TV.

April 1996, West Hollywood, California: Cole Ramsey, a popular Elvis impersonator, gets a call from his sister, Joella, a deputy at West Hollywood Station. She wants him to find a safe place for a straggler who claims to be Elvis Presley. He looks like death warmed over and is asking for a DEA detective named Gordon Fontaine. He has no ID and there's no DEA agent named Gordon Fontaine, but there is something about the straggler ... if Cole would just check him out ...

Cole is a talented and affable young man with many friends. He calls in some favors that lead him to a sanitarium. So far, so good, but it's a set-up, and the chase is on. Gordy Fontaine has that evil old thug Zachary Arceneaux in his sights. And Elvis ... well, that would be telling. The ending is a pip.
Read more
4 people found this helpful
Helpful
Report abuse
See all reviews

V
4.0 out of 5 stars Elvis has left the page!
Reviewed in the United Kingdom on August 1, 2013
Verified Purchase
I really enjoyed this story. Interesting twists only marred by poor paragraph throws and apparent lack of proof-reading.

Minor quibbles, though. If you can believe that Elvis didn't die and went under cover (there are far stranger conspiracy theories out there) and enjoy a good thriller with music, I thoroughly recommend this diversionary novel!
Read more
Report abuse
See all reviews