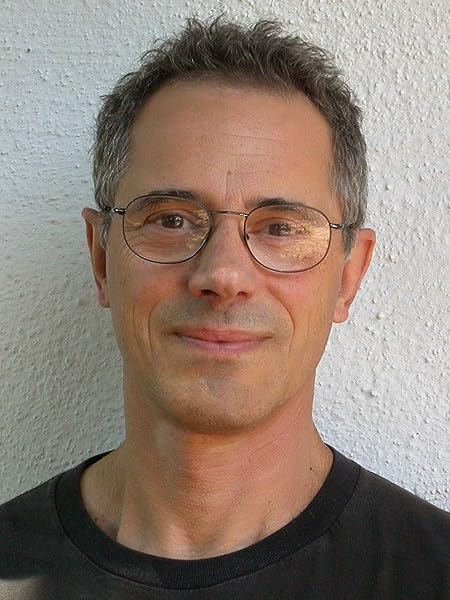 Start reading Sutherland's Rules: Love, loyalty, dope smuggling on your Kindle in under a minute.

4.5 out of 5 stars
4.5 out of 5
19 global ratings
How are ratings calculated?
To calculate the overall star rating and percentage breakdown by star, we don’t use a simple average. Instead, our system considers things like how recent a review is and if the reviewer bought the item on Amazon. It also analyzes reviews to verify trustworthiness.

Bluejack
4.0 out of 5 stars Very enjoyable thriller
Reviewed in the United States on January 13, 2014
Verified Purchase
The star of the show is Billy, a bad boy who has aged well and is intent upon collecting an old debt and setting himself up with some first grade hash to take him into his twilight years. When Billy is the viewpoint character, Sutherland's rules shines.

Other stars include Khan and Vlado, hot on Billy's trail. In a society without privacy, pulling off an amateur drug transport is a dicey business, but while Billy has a little extra up his sleeve, he isn't counting on a couple of marginalized border police who would like nothing better than to move on from busting cigarette smugglers and get back to the big time.

Of course, these two parties are on a collision course, and watching Ciriello work the nuances of this is particularly enjoyable.

The main character, however, is Christian. Christian and Billy go way back, but Christian has ended up running a small, successful company. Christian's wife Carol, joins in for the second half of the book.

I found myself wanting a little more from Christian and Carol: Perhaps something more at stake than a mid-life adventure; perhaps a more active participation in Billy's plan.

Sutherland's Rules returns to a common theme of nostalgia for a more freewheeling time, an open society, a world in which adventure is possible. The stifling effects of loss of privacy, government regulation, corporate influence are a recurring topic. Within this theme, Christian and Billy's Afghan-to-Netherlands-to-UK hash caper is a good, fun, gripping tale to contrast the "good old days" of a classic LeCarre with the networked, data-mined, comprehensively surveilled society we have found ourselves in.

A final, notable element to this story is a light sci-fi theme. Ciriello does not dive in deep on this one, but Billy's ace in the hole is the ability to observe inflection points and push the outcome just so, just enough to fall in his favor. Again, watching the world through Billy's fully-engaged eyes, experiencing these inflection points, was the books greatest strength.

William King
5.0 out of 5 stars Sex, Drugs, but no Rock & Roll
Reviewed in the United States on March 5, 2013
Verified Purchase
After just a few pages, this novel was impossible to put down. The protagonist is late middle aged, in business for himself, and facing problems created by the FDA. Along comes an old friend, and sweeps him into the adventure of a lifetime. Not to spoil it for anyone, but this is the only time in my life that I rooted for the drug runner. OK, Mr. Ciriello, I'm waiting for the sequel.
Read more
2 people found this helpful
Helpful
Report abuse

Clare M
5.0 out of 5 stars An important but fun read
Reviewed in the United States on December 16, 2019
Far more than just a buddy caper, Sutherland’s Rules by Dario Ciriello is a novel that moves, bleeds and delights in intervals and often all at once. Ciriello’s mastery of pace keeps the pages turning, but what makes the book nearly impossible to put down are the various subplots and subtext that enlighten the pages and provide a depth of meaning and feeling that can leave you breathless. There is no heavy-hand, though, nor any bouts of preaching. The characters, rendered with all five senses with an acute sense of detail and nuance, respond to the changing currents of the world in ways that are completely attuned to their natures.

There were a few moments where I needed to put the book down and reflect on western society and the absolute obliteration of privacy for the sake of “safety.” Sadly, this is another topic that has become polarized or brushed aside with a misguidedly pragmatic wave of the palm and an “if you’re not doing anything wrong, then you don’t have anything to worry about.” But in a democracy, it is not okay for voters to simply say, “Well, that’s the law…” It is imperative for the citizenry to critically think about the laws our elected officials are passing and ensure that they are aligned with our values and goals as a people. So when Christian or Billy become outraged over mass surveillance or drug testing, you can feel a palpable sense of what have lost…no, not what we’ve lost—what we have given away.

In this way, the character of Christian is, in many ways, a stand-in for our complacency in the name of comfort. And through his journey we can understand that “comfort” is an illusion that can be whisked away at any moment and that we only feel truly alive when we are uncomfortable. The touch of the fantastic in the novel is a poignant reminder that the universe (or perhaps better said, the multiverse) is immense and mysterious, and despite all of our technology, dogged investigation and prohibitions, we can no sooner control it than we can control our own hearts.

This is a must-read. Dario Ciriello is a talent the world needs.
Read more

Amazon Customer
5.0 out of 5 stars Thrills, spills and spliffs galore.
Reviewed in the United Kingdom on January 7, 2014
Verified Purchase
This excellent thriller exactly fits the bill as a modern equivalent of some earlier categories of adventure story. I think it's not stretching things too much to compare it to an earlier form of thriller from a more naive era, or even (if I remember them correctly), the "ripping yarns" of the Boys Own Paper. Daring capers, nocturnal subterfuge and technical wizardry are all there. The frisson of surprise is supplied by the reversing of the moral compass, by which the dealers in "certain substances" are the ones we find ourselves rooting for, and also the fact that they are far from youthful adds a certain charm. One last big one for a couple of old time dope dealers, I think it can be assumed that this particular plot hasn't been done before.
The doubts and complicated motives of the main characters and the convincing descriptions during the Afghan scenes give a sense of detail and reality which lift it above the level of story alone. What a shame the plot rules out any kind of sequel. (a prequel perhaps?, or even some new characters featuring in a "dope opera"}.
A compulsive "page turner", or should that now be "screen stroker"?
Read more
One person found this helpful
Report abuse

James Braiden
4.0 out of 5 stars A clever and enjoyable thriller
Reviewed in the United Kingdom on February 11, 2013
Verified Purchase
A pleasure to read- a thriller which is not populated by ex Special Forces members or homicidal religious fanatics in search of the a stolen nuclear weapon or the lost holy jockstrap of the Templars.
Instead we get two slightly over the hill old friends setting out to smuggle a large cache of high quality hash from Afghanistan- purely for personel consumption.
The story cracks along nicely, the plotting is spot on, there are some clever twists, the characters are well drawn and the relationships between them delightfully lacking in cliche.

Christine LeBlanc
5.0 out of 5 stars Awesomeness
Reviewed in Canada on May 23, 2016
Verified Purchase
This is one of those novels that pulls you in instantly. I had a hard time putting this one down, the only reason I did is because I didn't want to finish it, it's that good!
I loved this book, throughout reading it, I had no clue what was going to happen next, the characters had character, the locations not 'over-described ' , I really felt I was there with them, rooting for them and their interesting and illegal (BIG TIME) plans!
I'm sure it's obvious, I would recommend this to a friend.
Read more
Report abuse
See all reviews