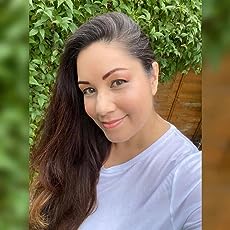 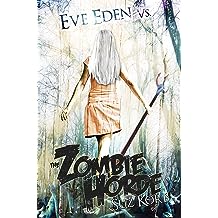 Eve Eden vs. the Zombie Horde (Bedeviled Book 1) Jul 31, 2019
by Suz Korb
( 10 )
$0.99
Kidnapped by a vampire, epically farted on by a pug and dragged through the pits of Hell. Welcome to Eve Eden’s world in the small and strange town of Twin Forest.Eve has goals. She has dreams and ambitions that don’t involve staying in this weird, podunk town. When supernatural forces collide and drop her into the heart of England, she’s not exactly pleased. When Eve said she wanted to get the heck out of dodge, she didn’t mean getting transported into a torture chamber inside the dungeon of an actual castle.Damned souls rising from the depths of Hell. Her body’s sudden ability to heal quickly from wounds. Resisting her inexplicable attraction to a vampire who’s been sent to kill her. Can life get any worse for Eve? Apparently it can, because just around the corner at Twin Forest’s cemetery…waits the zombie horde.
Read more
Other Formats: Audible Audiobook , Paperback 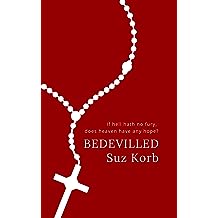 Bedevilled Aug 13, 2019
by Suz Korb
( 1 )
$4.99
Bubbles is a girl in trouble. Especially when her body parts start lighting on fire! Now she's chasing escaped demons around town, and experiencing physical changes that can only mean one thing; Bubbles Beelze is the devil HERself and she'll be damned if she's going back to hell without a fight that will shake the very pillars of heaven.
Read more
Other Formats: Audible Audiobook , Paperback 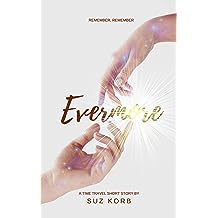 Evermore Oct 30, 2017
by Suz Korb
( 2 )
$2.99
Sean has created a powerful device that pushes him and Abigail forward in time through a realm of desire. The biological tech was made possible by Abigail's very own DNA. However, another shares similarly powerful technology, and every time they appear in the future, he is there to greet them. Although, it's not really him at all. He's James, but a clone of the man who once worked with Sean. And the only reason James knows where they'll be in future, is because he's created a genetic need in each clone that lives after him. A clone who will stop at nothing to gain control of the power to transcend time itself. Sean and Abigail must stop him at any cost. Even if that means they won't be able to get back to their own time and that fateful moment on Bonfire Night atop the Malvern Hills. "Evermore is a science fiction love story, the first of its kind to delve into carnal desire through technological fantasy."
Read more
Other Formats: Audible Audiobook , Paperback 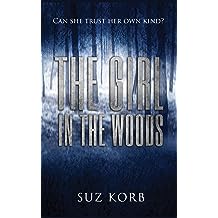 The Girl in the Woods Aug 27, 2019
by Suz Korb
( 1 )
$2.99
Michelle is pregnant, but she shouldn't be. There's no hormonal evidence that she's with child, and yet as she lies there on the hospital bed the ultrasound scan clearly shows a foetus present. She's rescued from capture —and the threat of experimentation— by a masked stranger, but is she being helped, or is she now at more risk? Soon enough Michelle escapes on her own. She feels the call of the lake waters. Her body is pregnant in appearance and she feels fevered. Michelle knows the lake water will cool her and no matter how deep she dives, it will not kill her. Eventually Michelle is united with those who are like her, but can she trust them? These women who are pregnant, yet not.
Read more
Other Formats: Audible Audiobook , Paperback 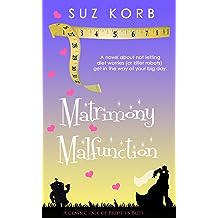 Matrimony Malfunction Feb 18, 2020
by Suz Korb
$4.99
Harassed by robots, followed by a stalker and feeling plagued by her own big boobs. What’s a bride-to-be to do? Even in this high tech town it’s all out panic when it comes to wedding dress sizes. All seems idyllic in the English countryside, apart from the fact that having robots as local business staff members is the norm. That is, it would be normal if only the bots weren’t controlled by a lunatic. Emily desperately wants to shed pre-wedding weight and her manic dieting efforts aren’t helped by interfering malfunctioning robots. Her fiance Callum loves her curves, so will Emily learn to accept her own voluptuousness before the big day?
Read more
Other Formats: Audible Audiobook , Paperback 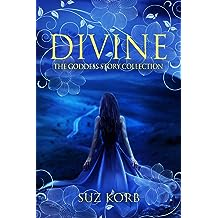 Kate accidentally poisons everyone at the Death by Chocolate event. They're all sent to Hades and Kate must save their souls. Can she save her own soul from being romanced by a god, or even two, and does she really want to?

Despite what her mother says Kate is going to date a god. He's a hot blonde and he's got the hots for Kate. Nothing will stand in the way of their dating, not even powers that threaten more than just their budding romance.

Kate gets cursed with snakes for hair. To rid herself of the slithery mass atop her skull, she must travel to Mount Olympus where she has to save more than just her hair when her god of a boyfriend goes missing.

Kate gets caught up in the party life. She has to, the powerful Thad has kidnapped the entire town to be his groupies. He's a demi-god gone berserk. And what's even crazier is what Thad, Kate, and Jason get up to behind closed dressing room doors.

Kate's dreams come true and it's not about her dreams of love. Her nightmares come true! Can she save everyone from the subconscious machinations of her own mind? Can she save her heart for the one god she truly desires?
Read more
Other Formats: Audible Audiobook , Paperback 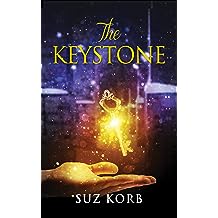 The Keystone Aug 26, 2019
by Suz Korb
( 1 )
$4.99
A visit to tour a crumbling ancient castle turns into WAY more than Jaclyn Davies ever thought possible. A sense of doom quickly descends upon her, and from that moment on things spiral out of control. From out of nowhere a figure appears, he somehow manages to burn a key insignia into Jaclyn’s palm! She soon discovers her strange new tattoo is going to get her into a lot of trouble. Suddenly everyone wants to get their hands on what was taken from Jaclyn in a most unimaginable manner.
Read more
Other Formats: Audible Audiobook , Paperback 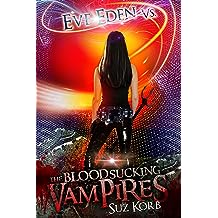 Eve Eden vs. the Blood Sucking Vampires (Bedeviled Book 2) Jul 31, 2019
by Suz Korb
( 2 )
$3.99
A year ago the town of Twin Forest was almost overrun by zombies, an incident so hellish it turned Eve Eden's hair white. She now dyes it black to suit her mood. A mood that's worsened when she's abducted by vampires and taken to England once again.Enter James. He's sixteen years old like Eve and he also possesses a secret as volatile as her own. James is English and he's got a smokin' hot accent to rival Nathan's. Ah, Nathan, Eve's moody would-be vampire boyfriend. That is, he would-be her boyfriend if he'd stop acting so intense all the time.As for the other moody vampires, they've only got one mood and it's an angry, foul tempered one. Not even Thunderbug and his epic farts help much when it comes to facing off against the blood sucking vampires!
Read more
Other Formats: Audible Audiobook , Paperback 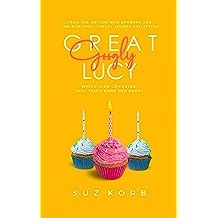 Great Googly Lucy Jan 12, 2020
by Suz Korb
( 1 )
$6.99
Fed up with being unappreciated at her job in the American Midwest, Lucy Warner up and relocates to the English West Midlands. Little does she realize, the grass isn't always greener on the overseas side. Getting to know her new work colleagues means meeting a lot of guys who play on the local club cricket team, whatever THAT sport is! Will Lucy learn to like the game of cricket, or love it? And which of two club cricketers will be the one to truly bowl her over?
Read more
Other Formats: Audible Audiobook , Paperback 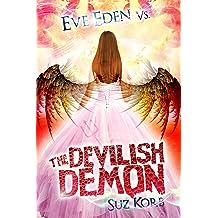 Eve Eden vs. the Devilish Demon (Bedeviled Book 3) Jul 31, 2019
by Suz Korb
( 3 )
$4.99
Nathan Kane is back in Eve Eden’s life whether she wants him to be or not. Actually, as time goes on, she finds his company isn’t too horrific to bear, just so long as he keeps his fangs to himself.As for time going on, it’s doing more than just moving forward. Eve might have thought she had it bad getting transported from her home town to an English castle dungeon all the time, but that’s noting in comparison to the way she feels about time-travel. It does a number on her psyche for sure.The devilish demon will stop at nothing to get what she wants from Twin Forest and Eve Eden will not be stopped, equally as vehemently, in fighting against the evil woman from hell. Besides, evil might not be too difficult to defeat now that Thunderbug’s farts are no longer just stinky, they’re positively explosive with hellfire!
Read more
Other Formats: Audible Audiobook , Paperback 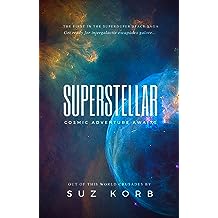 Stella Andromeda Sunne is a girl with pink hair. And why not? She loves her job at the space exploration lab. She adores watching space adventure movies and reading science fiction novels. So it’s awesome that one day Stella’s space adventure dreams come true! She’s beamed aboard a real life space ship!

Okay so the spaceship is shaped like a chicken on its exterior, but that doesn’t matter to Stella, what’s important is that she gets to fly around in outer space!

She visits other worldly planets. She meets kings and royalty of said intergalactic planets. In particular she meets Xar, king of the ice people. Seriously, it’s well cold on Xar’s planet. And bonus, Xar has tentacles for hair. Which isn’t as shocking as it sounds when Stella kisses that alien king. For some reason she wants to discover what else he can do with those tentacles of his.

Eventually, Stella totally gets to use laser guns in the fight against an evil alien invasion that heads straight towards Earth. Will she save the planet? She’s got the help of new found friends from worlds all over the known galaxy, and beyond wormholes galore.

“Perfect for fans of Guardians of the Galaxy and The Hitchhiker’s Guide to the Galaxy.”
Read more
Other Formats: Audible Audiobook , Paperback 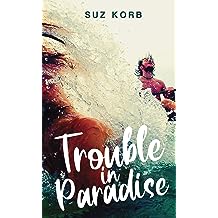 Trouble in Paradise Sep 19, 2019
by Suz Korb
( 1 )
$4.99
All Chloe Morgan wants is to join her fiancé in Hawaii and marry him asap. So she relocates from England faster than ducks fly south for winter to be in the warm. But all is not without its fair share of trouble in paradise. Chloe’s plans are turned upside down and the man she thought she knew isn't who he seems. Who can she trust under the sun? And will she ever find true paradise wherever she’s stranded?
Read more
Other Formats: Audible Audiobook , Paperback