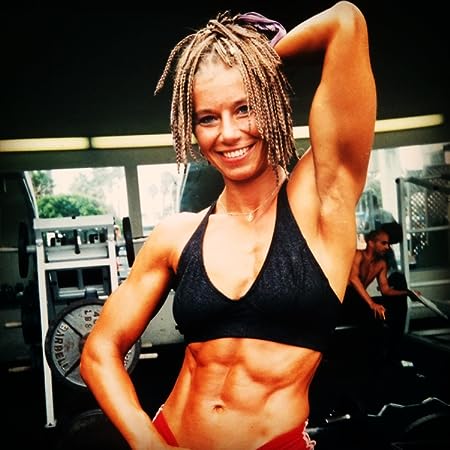 Can you imagine giving up your home, country, career and relationship to venture into the unknown, in pursuit of your personal vision?

Suzanna McGee did just that when she moved to Venice Beach, California in June of 1996. The six foot European beauty was born in the communist Czechoslovakia and moved to Sweden in 1988 after earning her Masters in Technology.

Once in Sweden, the multi-lingual (she speaks six languages) Suzanna completed another Masters, in Computer Science and began lecturing at the university level. In between lectures, she became a fitness trainer and soon realized that fitness and training would eventually become a full time career.

A brief visit to Venice in the summer of 1995 proved to be more than a simple vacation. It made Suzanna realize that she wanted to live near the sun and sea to pursue a disciplined journey towards a healthy body and a balanced mind. After selling her home and belongings, quitting her job and ending her relationships, Suzanna moved to Venice Beach the following summer. She arrived in California with one bag and a mountain bike, not knowing a soul and not speaking the language.

Once in Los Angeles, Suzanna quickly learned English and started personal training in Marina Del Rey. She joined the infamous Gold’s Gym in Venice and focused on training, nutrition, and rollerskate dancing. In 1997, she began to compete in a few fitness contests in which she performed her routine on rollerskates.

Suzanna’s height and muscular frame led people to suggest that she try amateur bodybuilding. She rose to the challenge and entered a contest, which she found very exciting. In 1998, she competed in 19 contests and gained a large amount of stage experience. By the year 2002, she had accumulated 60 bodybuilding and rollerskate dancing trophies, peaking with the Ms. Natural Olympia world championship title in 1999.

Suzanna’s love of performance also led to a national television commercial for Lipton Iced Tea and video work, and a part in the Sci-Fi movie The Surplus Male. In 2002, Suzanna hosted a weekly television fitness and training program that aired globally via satellite network Pars TV.

The year 2002 was Suzanna’s last year in bodybuilding as she then found a new passion – tennis. She has been competing and working with several tennis coaches since 2003, winning many tournaments and receiving an international ranking. In 2007, she started to learn to play tennis ambidextrously, just to challenge her body and brain on another level.

Her ambidextrous game has been featured in the book Whole Brain Power: The Fountain of Youth for the Mind and Body by M. Lavery. In addition to tennis, Suzanna weight-trains several times per week, and she has added kettlebells and yoga to her off court training. Suzanna’s remarkable fitness has allowed her to reach high levels in tennis quickly.

Discovering the “magic potion” for ageless competitive tennis through mindful fitness, this 49-year-old true athlete plays tennis daily, and without aches and pains.

These days, Suzanna uses her computer background to maintain her own websites www.tennisfitnesslove.com (and the former bodybuilding site www.sixftlion.com), with interesting health and fitness articles, including advice on injury prevention and improving athletic performance through plant-based nutrition. She is a regular contributor to many online blogs and magazins, such as Examiner, LIVESTRONG, NaturalNews.com and Active.

With her teaching and writings, Suzanna possesses the tremendous ability to inspire athletes to be the best that they can be. Suzanna’s special training style that combines many different techniques of training, healing, and injury prevention, brings much success and great results to those who learn how to master her teaching methods.

Suzanna is certified by National Academy of Sports Medicine (NASM) as a Performance Enhancement Specialist and Corrective Exercise Specialist. She also owns Certificate in Plant Based Nutrition from eCornell University. Suzanna’s passion for helping people resulted in publishing of her books:

1) Tennis Fitness for the Love if it: A Mindful Approach to Fitness for Injury-free Tennis in September 2010,

2) Racquetball and Squash: Conditioning and Injury Prevention in May 2011, and

3) The Athlete’s Simple Guide to a Plant-Based Lifestyle: How to easily improve your health, performance, and longevity. Works for non-athletes, too! in May 2014.

All are available on Amazon worldwide. Now people from the entire world can learn conscious fitness and develop the skills how to become injury-free for the rest of their lives.

Suzanna McGee strongly believes in the power of the subconscious mind and its ability to be a powerful tool to help people realize their life goals. She respects body and mind equally, and strives to live her life in balance and joy and to share this with others.

She believes in “think happy, be happy.” Her spiritual and disciplined approach towards life are a joy and inspiration to those who know her and she is living proof that brains and brawn need not be mutually exclusive. Suzanna is a thriving raw vegan athlete and resides with her chocolate Labrador in Venice Beach, California. 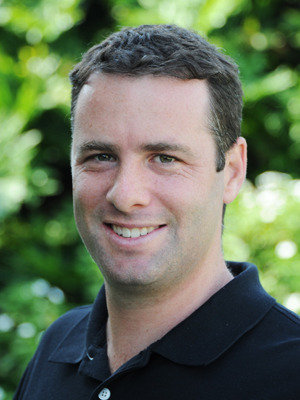 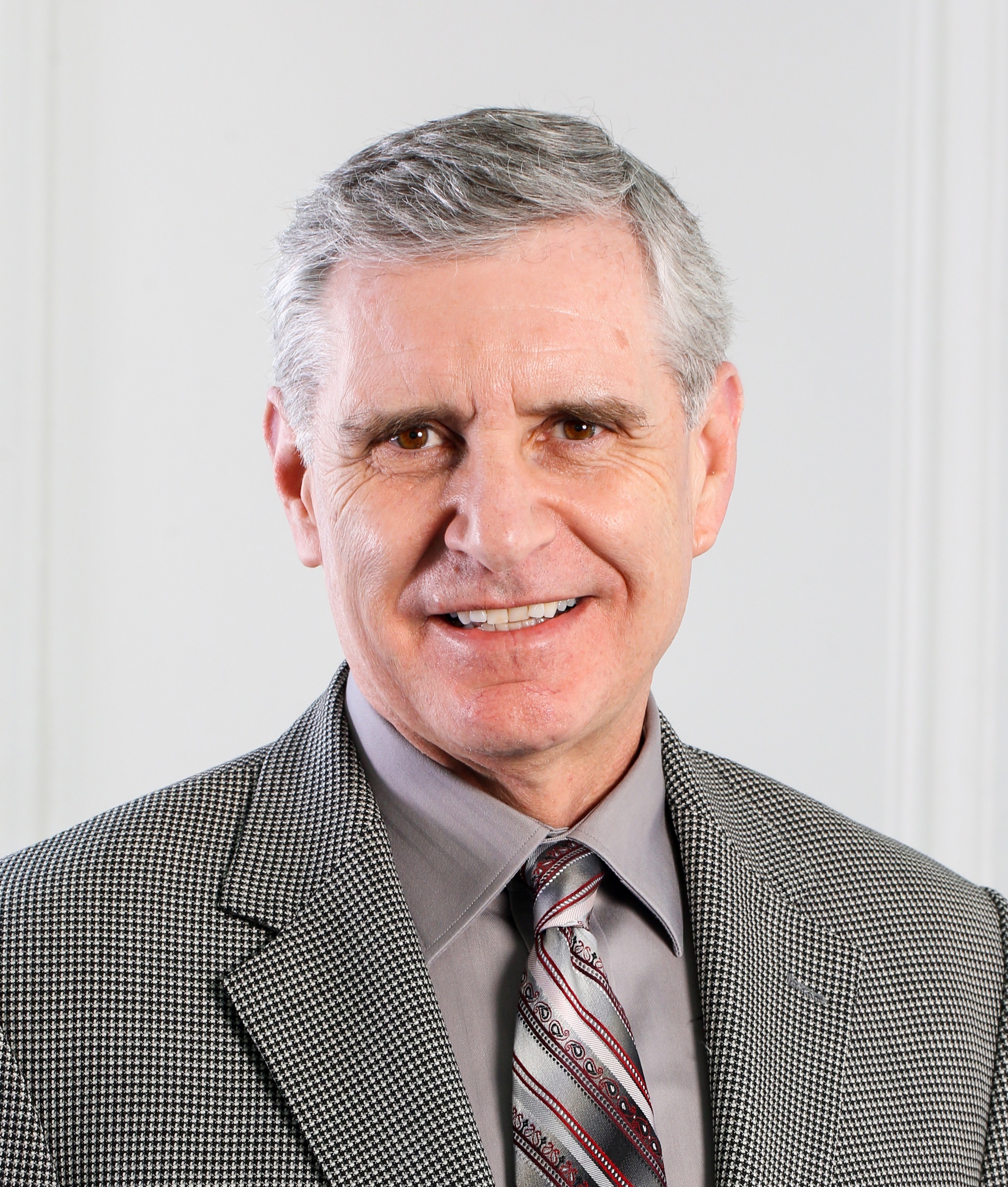 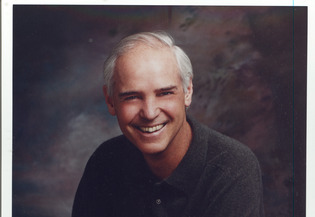 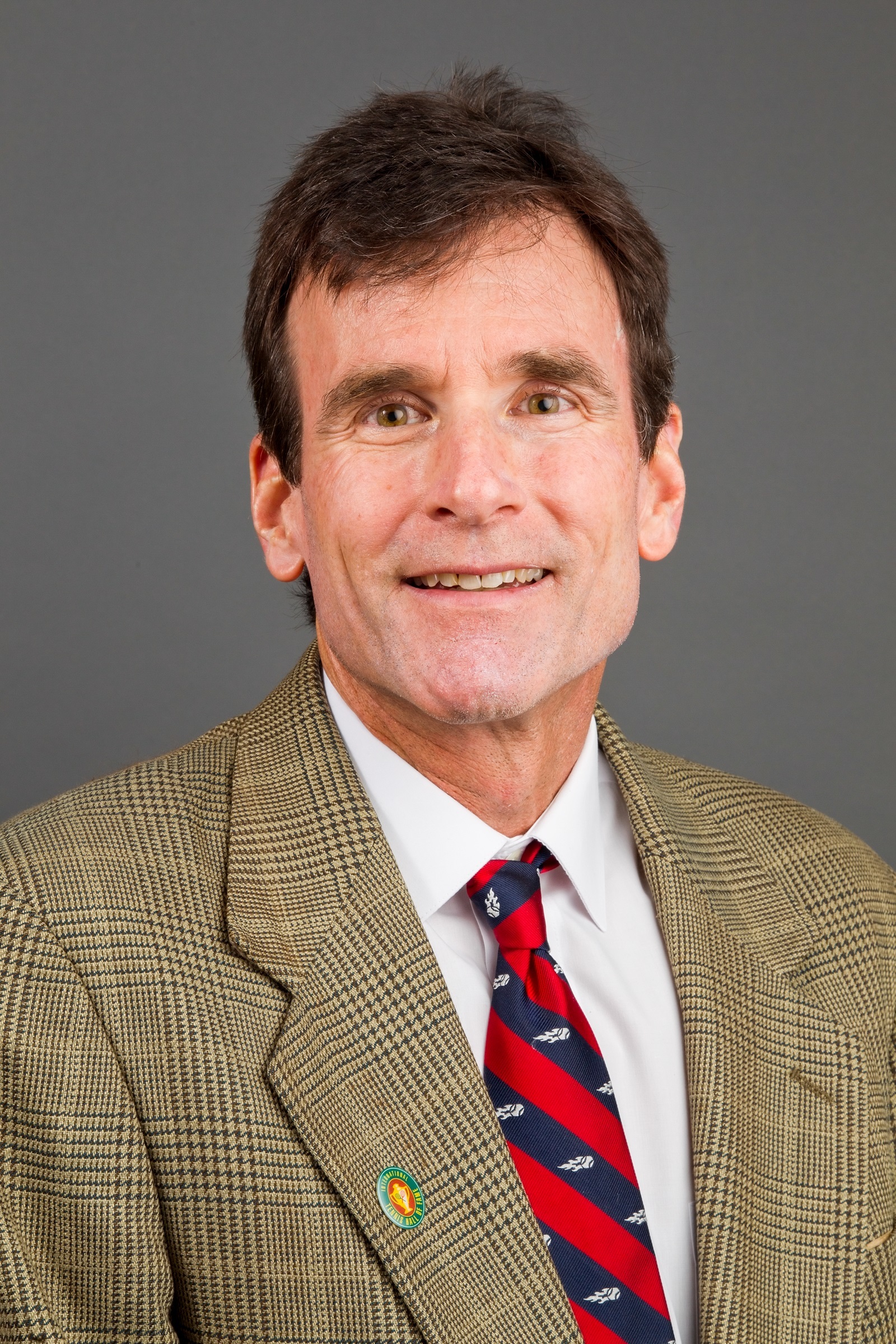 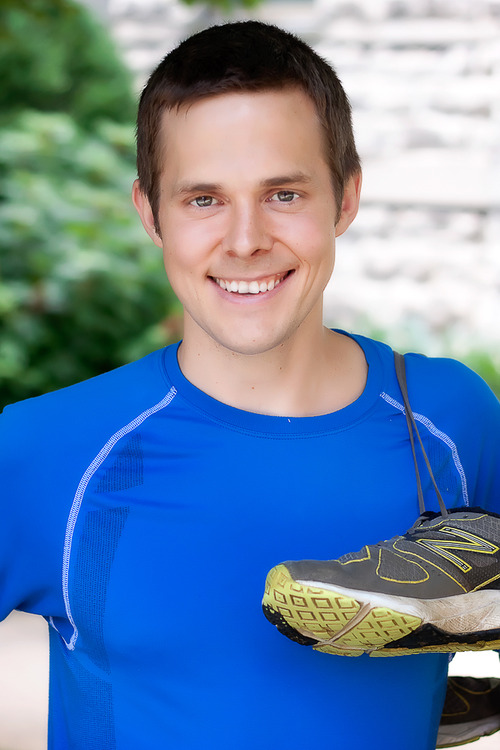 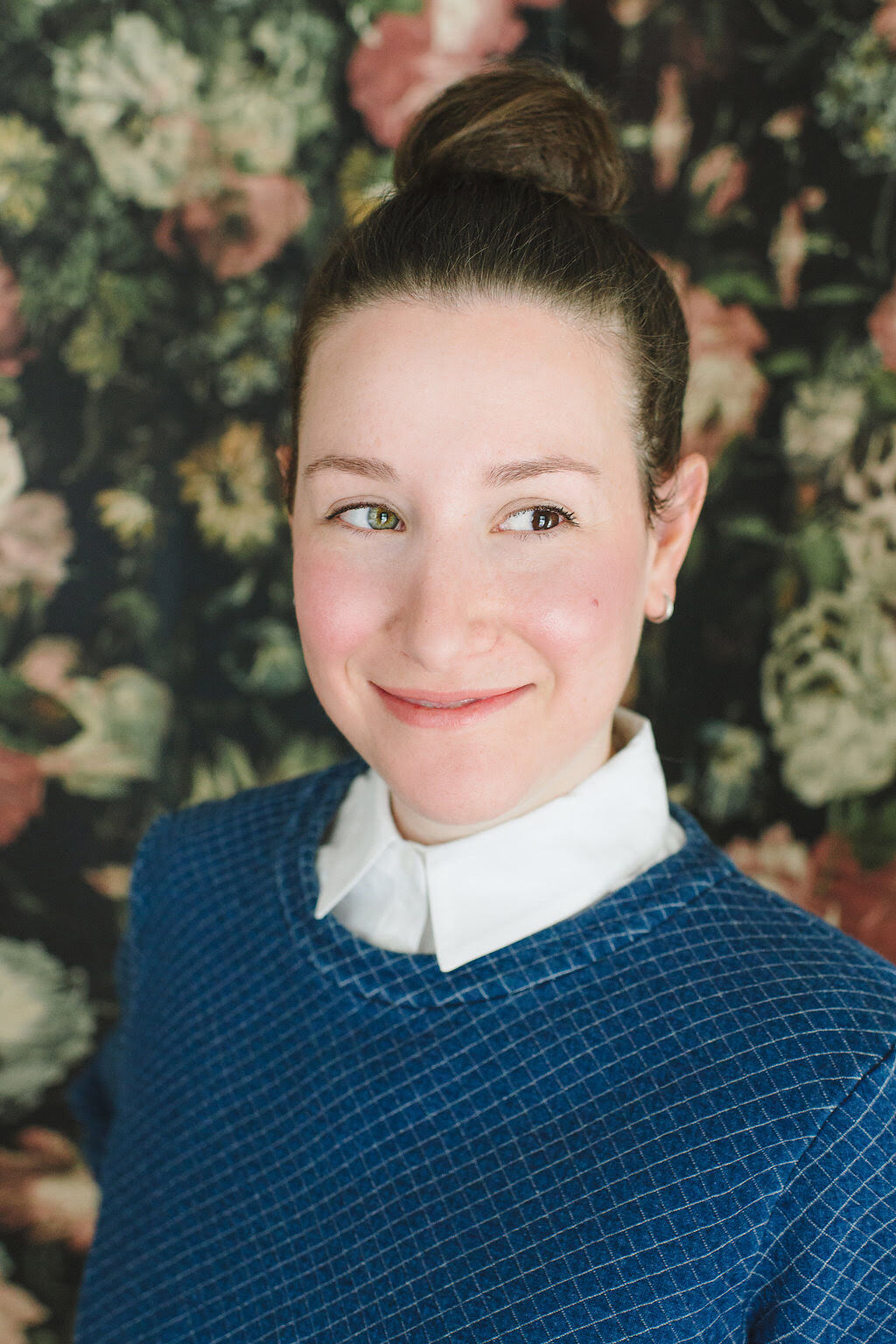 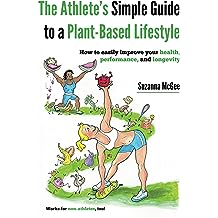 The Athlete's Simple Guide to a Plant-Based Lifestyle: How to easily improve your health, performance, and longevity. Works for non-athletes, too! Oct 31, 2014
by Suzanna McGee
( 20 )
$9.99
Millions of people are adopting a whole foods plant-based diet to improve their health and longevity. Now, the athletes are joining the movement to maximize their performance. For athletes, recovery after exercise is one of the major determining factors of athletic success. Reducing the recovery time between your workouts will make a big impact on your overall performance. Using nutrition to your advantage is something you need to think about daily, and adding more vegetables and fruits into your diet is one great step toward to your athletic goals, as well as your health and longevity.

The fast food and junk food industries sponsor many of the national food campaigns. Just because you see tempting foods on TV doesn’t mean that they are good for you. Animal products together with refined and chemically altered foods are detrimental to your health and athletic performance. It is difficult to know what is healthy for you and what is not because you are constantly bombarded with wrong and often contradicting messages. Ultimately, it is on you to educate yourself and find the truth.

Whether you are an elite athlete, a weekend warrior, or a non-athlete wanting to live healthily, "The Athlete’s Simple Guide to a Plant-Based Lifestyle" will teach you how to maximize your genetic potential for athletic performance, health, and longevity. Based on reliable scientific research, yet simply written, you will find this straightforward guide easy to read and learn the techniques and tricks to master the transition to the amazing and rich world of plants where you will attain a lean and healthy body with everlasting energy.
Read more
Other Formats: Audible Audiobook , Paperback 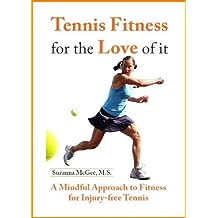 Tennis Fitness for the Love of it: A Mindful Approach to Fitness for Injury-Free Tennis May 13, 2011
by Suzanna McGee
( 48 )
$8.99
Every tennis player at any age and skill level wants to play high-level tennis without pains and injuries. If you strive for improvement but cannot train as hard as you wish to, because you hurt often, this is a book for you. You will find practical advice on how to adjust your training to the requirements of your body, and how to achieve maximum tennis fitness that will improve your performance.

You will learn how to listen to your body, understand what your body is telling you , strengthen your weaknesses, balance your strengths, discover and correct your imbalances, prevent future injuries and improve your tennis performance through mindful fitness.
Read more
Other Formats: Paperback 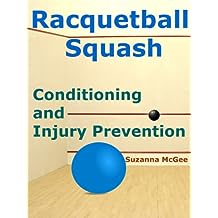 Racquetball and Squash: Conditioning and Injury Prevention (Kindle Edition) May 20, 2011
by Suzanna McGee
( 5 )
$9.99
If you love to play racquetball or squash but always suffer from injuries that prevent you from steady improvement, this book is for you. The one-sided nature of the sport creates a lot of imbalances in your body that over time create overuse injuries. In this book, you will find practical advice on how to adjust your training to the requirements of your body, and how to achieve maximum racquetball/squash fitness that will improve your performance and stop the aches.

You will learn how to listen to your body and understand what your body is telling you; strengthen your weaknesses, balance your strengths, discover and correct your imbalances, prevent future injuries and improve your performance through mindful fitness. Thousands of athletes are already enjoying playing pain free. Join them too!
Read more