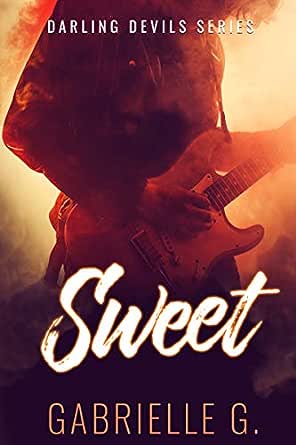 You've subscribed to Darling Devils Series! We will preorder your items within 24 hours of when they become available. When new books are released, we'll charge your default payment method for the lowest price available during the pre-order period.
Update your device or payment method, cancel individual pre-orders or your subscription at
Your Memberships & Subscriptions
There was an error. We were unable to process your subscription due to an error. Please refresh and try again. 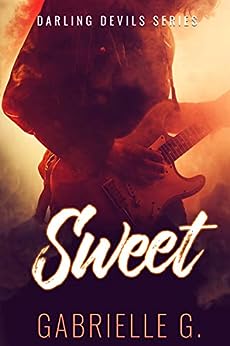 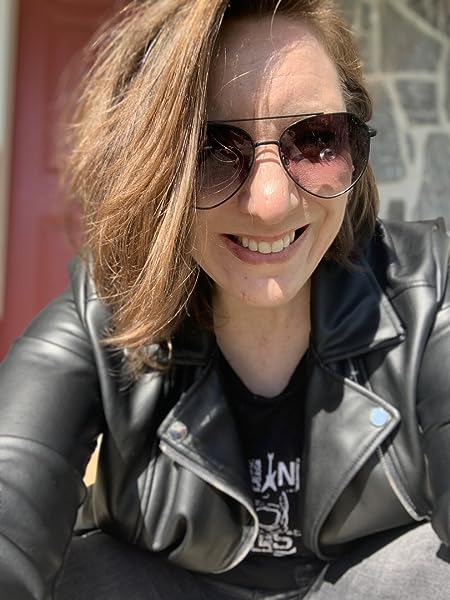 Enjoy a great reading experience when you borrow the Kindle edition of this book with your Kindle Unlimited membership. Learn more about Great on Kindle, available in select categories.
Read more Read less
click to open popover
Books In This Series (3 Books)
Complete Series 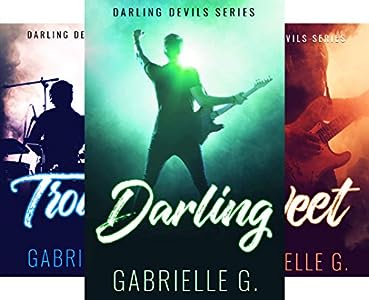 4.6 out of 5 stars
4.6 out of 5
32 global ratings
How are ratings calculated?
To calculate the overall star rating and percentage breakdown by star, we don’t use a simple average. Instead, our system considers things like how recent a review is and if the reviewer bought the item on Amazon. It also analyzes reviews to verify trustworthiness.

DevotedPages
5.0 out of 5 stars IN TRUE ROCK N ROLL FASHION!
Reviewed in the United States on October 28, 2020
Verified Purchase
We finally get the story of Art Sweet!
When I read Trouble - Book 2 in the Darling Devils Series I was so intrigued by what was going on behind the scenes with Sweet. I knew he wasn’t himself and something was going on.

Needing a break from his band of brothers, Art escapes after having a tragic accident. Now in his old hometown, he runs into someone. Someone who is tracking his every move and keeping him away from the inevitable of being a typical rock star and destroying his life.

Two lost souls who have a connection that started long before they expected. Too many demons for them to grasp hold of. A love and attraction that can make them complete. Leo is the best distraction for Art Sweet!

Lots of drama and chemistry are there from day one with Leo & Art.
Read more

Kara’s Books
VINE VOICE
5.0 out of 5 stars Not So Sweet
Reviewed in the United States on November 6, 2020
Verified Purchase
Book 3 in this series is not unicorns and rainbows, in fact it's sex and drugs without the rock & roll. A secret realized sends Art Sweet going off the deep end leaving the Darling Devil's in question
Nevermind that his band mates are settling down and not partying like it's 1999 anymore Art is having the ultimate pity party. Leo, a/k/a Eleanor is a mess but with major secrets of her own, it made sense for these two wounded hearts to heal each other. I will miss the Darling Devils and hope to see them again.
P.S. Gabrielle G Are you seriously leaving us in the dark about what's going on with Anna????
Read more
Helpful
Comment Report abuse

Natasha Joy
5.0 out of 5 stars Sweets for the win
Reviewed in the United States on October 19, 2020
This book was by far the third most realistic book I’ve read in a long time! The ages of everyone, the timeline, the events all seem too real to be in a book! Love love loved every minute of it!

I read this series completely out of order and I’m totally okay with that! Something told me that this would be my favorite book out of them all. Of course I will go back and read the rest BUT, this book did NOT disappoint!

Art had a problem! The book started off with said problem that lead to many more. He was sex on a stick, could woo you with his eyes, and his talent on the guitar would knock your panties off.

Leo was hands down the second best strong leading woman character I’ve had to pleasure of meeting! She was bad to the bone! It makes you wonder how did she become to be the way she was and how her and Art’s lives would entwine!

Every character in this book brought something to the table whether it was putting in their two sense or helping someone in need, they were one big dysfunctional family...just kidding, they were all great in the end!

I’m not giving ANYTHING away about Sweet and Leo’s story because you need to read it! Their relationship was complex from when it all started which you will see it’s not as it seems!

The plot twist to their story was totally unexpected and one of the best! The ending was even better because it was so unexpected! Do yourself a favor and read this book, I guarantee you won’t be disappointed!

Cheers to Sweet and Leo’s story!

This was my very first book by Gabrielle G. and it definitely won’t be the last! Now, onto me getting the first two books!

Gillek2
TOP 1000 REVIEWER
5.0 out of 5 stars Asher and Leo!
Reviewed in the United States on October 22, 2020
Asher is a successful Rockstar who appears to be livings a charmed life as he has embraced all the perks that go along with it. Appearances can be deceiving as he hides his insecurities behind a demeanor of confidence both when it comes to life and love. With his world changing around him he doesn’t know what that means for him but when he meets Leo, she may just hold the answers he has been seeking.

Leo hasn’t let her past define her, but instead it has made her more fierce and resilient. In order to protect herself she allows people only so close before she backs away and although her head is telling her to keep her distance from Asher her heart isn’t listening.

Two people with so many reasons not to be together find the one reason that they should. Their journey was filled with hot chemistry, a few obstacles and all the feels as they realize the only thing that really matters is each other.
Read more
3 people found this helpful
Helpful
Comment Report abuse

Marns
5.0 out of 5 stars ✶ 🎶🖤 Fast Moving Rocker Romance ... 🖤🎶
Reviewed in the United States on October 23, 2020
As a reader I was always particular about starting a new series with the first book, but as a blogger that has gone out the window which in most case was ok, but not so with Gabrielle G’s rocker series, Darling Devils. Starting with the third book, Sweet, I feel as though I’ve missed out on the dynamics of Art Sweet and his band mates as I joined him at the start of his story as he’s high tailing it out of town and blow jobbing his way across the US to his parent’s beach cottage in Massachusetts.

It’s written in my favourite dual POV because I love being in the characters head, and holy crap on a cracker, being in Sweet’s head at this time was a particularly disturbing place to be! The guy was selfish and disillusioned, lucky to have friends, and he treated barely legal girls like disposable tissues. He was no romantic hero, and in my mind, there was no place to go but up.

I also saw though, his vulnerability, and what I did miss from not reading the earlier books was his relationship with his bandmates. And I also believed that his manager had more than a financially invested interest in him than just the potential break-up of Darling Devils. Perhaps there was a friendship there even. That is what why I would advise going to the beginning of the series and starting with the first book, Darling, which is where I’m going after finishing this.

Our main female lead was amazingly strong and had overcome a history of pain like you wouldn’t believe. Hers is a story of so many, and I believe that the author told it beautifully, and, I loved her dedication to the cover at the back. Leo has such a tangled history with the group that she had been actively trying to avoid her entire life, and this really piqued my interest! I just had to know what was going on. Unfortunately for her, their manager was her close friend and had been using her investigative skills to help get around tricky situations with the group, further entangling her even as she tried to actively avoid any involvement.

Ms G’s writing had a very different flow about it, and took some time for me to get into it, but this was one that took me by surprise and completely engaged me. Art Sweet had a depth and vulnerability to him that came out of left field, and if there is something I love most, it is to have my mind changed about a character that I’d pre-judged. It was great stuff.

Booksiflove
5.0 out of 5 stars Rockstar story par excellence!
Reviewed in Germany on October 22, 2020
Verified Purchase
This is the last book in the Darling Devil’s series and it’s Art Sweet’s story. Last, but not least. Sweet is sex on legs, and is totally living up on his rockstar picture: sex, drugs and Rock’n’Roll. And a lot. A bit too much... and I must admit that I absolutely did not like him in the beginning. But this is also something this author is known for: writing about ‘non like able’ people, because she wants to provoke feelings out of you. And she does, flawlessly I might add, so all for the win.
Leo is hired to have an eye on Sweet so he doesn’t spiral out of control. She has her own baggage and secrets. There’s a lot of chemistry between these two, and they can’t resist. Even tho there might be trouble in the end!

Secrets get uncovered, and a lot of truths comes out. This is a great conclusion book in this series, and hopefully they all can live a happily ever after!!