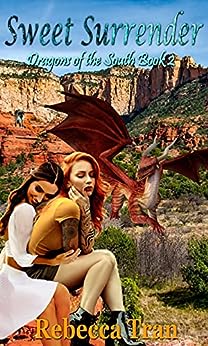 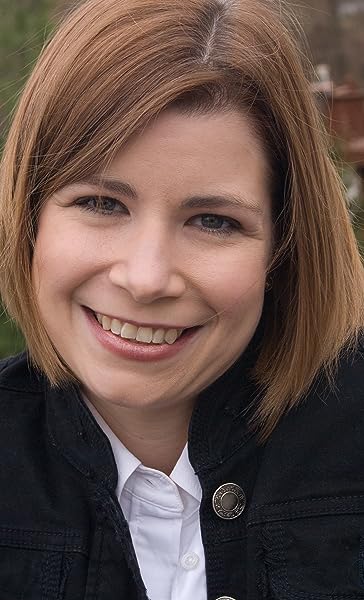 by Rebecca Tran (Author) Format: Kindle Edition
Book 2 of 3: Dragons of the South
See all formats and editions
Sorry, there was a problem loading this page. Try again.

An ex-girlfriend full of secrets. The lead dragons of the Southern Territory. A chance meeting could lead to more than any of them dreamed of...

After two years Tess is back in Arizona. Her father and her tribe needs her help. As much as she wanted to stay away, she can't deny them. Some good came out of it at least. Dean is the local werewolf alpha and her current boyfriend. She was beginning to think he was part of the reason she was suddenly pulled home. Then Tess ran into her in a coffee shop. Tess' world tilted. Mac the reason Tess left Arizona in the first place. She is every bit as beautiful, and she comes with a delicious partner Paxton. Tess’ neat little world is about to get very complicated. Will Tess walk away again or surrender to her desire?

Mac is the new leader of the dragon’s Southern Territory. So far she and her partner Paxton have had one problem after another. They were thrown in the deep end from the start and are barely treading water. Sorting out the problems on the territory is a huge headache that's left the pair exhausted. The bigger drain on Mac most days though is her relationship with Paxton and their non-existent sex life. She is at her wit's end until she sees her ex. Tess, the one that got away. When Paxton meets Tess, he finally shows interest in their love life. He is falling for the wrong woman, and Mac is desperately trying not to do the same. Tess broke Mac’s heart once, now she's worried the same will happen to Paxton. However, both their beasts are pulling them helplessly towards Tess at every turn.  Can Mac resist her past love? Can she keep her partner from the same heartache she felt or will they both risk everything for love?

Sweet Surrender is the second book in the Dragons of the South series and won’t dissapoint when it comes to steamy romance. Mac and Paxton's tenuous partnership offers plenty of sexual tension as well. This book is a FFM menage with a HEA.

Rebecca Tran is a mother, pharmacist and author. She writes fantasy, sci-fi, and paranormal romance. Rebecca loves all things related to books and writing. She is a huge nerd who loves Star Wars, Star Trek, Lord of the Rings and Dr Who. Ten is her favorite.

For more information on Rebecca Tran visit her website https://rtranbooks.net. RTran books also features her blog and offers book reviews, short stories, writing advice and bonus content from her work. For a free short story "Unlike the Rest" featuring Nisa Patel from "For Their Sins" visit her website. If you would like to be a guest on her blog please see her website for details.

You can also find her posts featured at https://asmallgangofauthors.blogspot.com/ with eight other very talented authors.Currently Rebecca Tran has five award-winning novels all available here on Amazon.

N. N. Light
VINE VOICE
3.0 out of 5 stars Hot, steamy, delicious!
Reviewed in the United States 🇺🇸 on October 1, 2018
Mac is the new leader of the Southern Territory and since the beginning, she and her partner, Paxton, struggle to keep their heads above water. With all the stress, they’re in need of a release but their love life is missing-in-action. Things change when Mac’s ex-lover, Tess, shows up. Tess and Paxton hit it off and without warning, all three are exploring their sexual desires. Mac can see Paxton’s falling for Tess and she feels helpless to prevent his heartbreak. Tess left before, and Mac feels sure she’ll leave again. Or is Tess finally ready to put down roots?

The plot, on the other hand, I had such difficulty with. It made following the storylines more like homework than anything else. Disjointed plot points thrown together without much thought was evident.

The romantic scenes, however, were just as advertised. Hot, steamy, delicious!

If you’re looking for a scorching FMF menage romance, pick this up today.