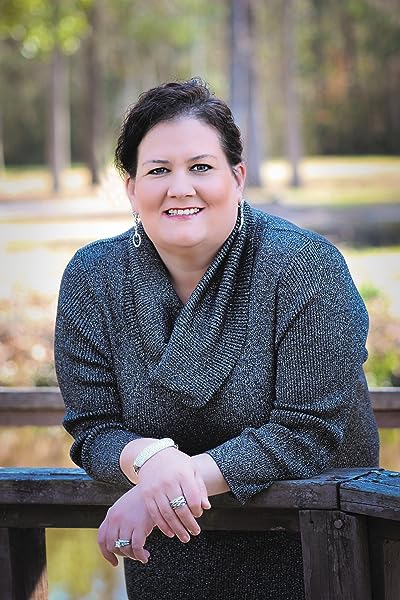 by Maya Banks (Author), Caroline Wintour (Narrator)
4.4 out of 5 stars 835 ratings
See all formats and editions
Sorry, there was a problem loading this page. Try again.
Dallas cop Gray Montgomery is on a mission: find the guy who killed his partner and bring him to justice. So far, he's found a link between the killer and Faith-and if Gray has to get close to her to catch the killer, so be it.Faith is sweet and feminine, everything Gray wants and desires in a woman, but he suspects she's playing games. No way would she allow a man to call the shots in their relationship. Or would she?Faith sees in Gray the strong, dominant man she needs, but he seems determined to keep her at a distance. So she takes matters into her own hands to prove to him it's no game she's playing. She's willing to surrender to the right man. Gray would like to be that man. But catching his partner's killer has to be his first priority-until Faith is threatened and Gray realizes he will do anything to protect her...
Read more
Previous page
Next page

"Turkey's Valentine Surprise" by Wendi Silvano for $11.99
Turkey is delivering his valentines in disguise in this funny addition to the popular series. | Learn more

Jennifer A. Ray
5.0 out of 5 stars 5 Klovers - Courtesy of CK2S Kwips & Kritiques
Reviewed in the United States 🇺🇸 on October 30, 2007
Verified Purchase
Barely recovered from his own injury and still reeling from the murder of his partner, police detective Gray Montgomery will do almost anything to bring the killers to justice. But his department in Dallas isn't getting anywhere with the investigation. Worse, they've cut him out of it. Frustrated and determined, Gray teams with his partner's father, a retired cop, to follow the trail to Houston and the doorstep of one Ms. Faith Malone.

From the moment he lays eyes on Faith, Gray's gut tells him she is innocent, even if she does have ties to the murderer. Sweet, delectable Faith brings out every protective instinct he's got, and stirs some very dominant tendencies as well. But Gray has never found a woman who can handle his dominant side, and he is sure that innocent little Faith can't, no matter how much he wishes otherwise.

Faith has never found satisfaction in her relationships, either in or out of bed. She needs something more than the men she knows have been able to give. She wants someone to take control - not only for a night, not just in bed, but in all aspects of the relationship. When she meets Gray, she recognizes a man who can fulfill her every fantasy, if only she can figure out a way to prove she is the woman he needs...

With Maya Banks' second New York print release, I realize I just may need another bookcase in the next year with a few shelves reserved for her work! This author's accomplishments in the writing arena grow with every new release, and this reviewer never ceases to be impressed with Ms. Banks' imagination and skill.

Sweet Surrender is a story ripe with potential for sequels, with a solid cast of supporting characters as intriguing as the hero and heroine. Yet for all the interest she stirs in the secondary characters, Banks easily manages to prevent them from overshadowing the main characters. Do we want to see more of hunks Connor, Nathan, Micah, and Damon? Heck, yes! But this book very definitely belongs to Gray and Faith.

Gray is your typical tortured hero - only he never feels typical. Not one little bit. Not only is Gray fighting to capture his late friend's killer, but his own internal demons. He struggles with guilt over a necessary deception, concern that he wants more from Faith than she can give, and fear that he might lose her forever. For a man as in control as Gray is, that internal struggle is perhaps more worrisome than the murder investigation he is conducting. But once he sees Faith for who she truly is and decides what he really wants, the doubt falls away and the man we've caught glimpses of throughout the story shines through.

Faith is absolutely beautiful. She is warm and giving, qualities that are bound to make a submissive desirable to any man, but which beckon to Gray as sweetly as any Siren's song. In the beginning, she is simultaneously unsure of what she really needs from a relationship, and afraid to admit what she suspects it is. As she begins to explore her submissive side, she learns more about herself than she ever expected. And she soon discovers that what she needs can only be found in the arms of one man.

Through it all, Banks tells an intriguing tale of suspense, with an action packed climax guaranteed to keep you biting your nails!

I absolutely adored Sweet Surrender!! This story ran my heart through the wringer more than once, ultimately leaving me with a more than satisfying ending - the kind of ending that makes me believe in real-life romance. I will be crossing my fingers for many sequels to this fantastic story of love and suspense!

Shari
4.0 out of 5 stars You need a little Faith when times are Gray
Reviewed in the United States 🇺🇸 on January 27, 2012
Verified Purchase
Detective Gray Montgomery is on a mission to find the killer of his partner. After a long recovery and no leads, he takes the advice of his partner's father and follows a lead that takes him to meet Faith Malone, a stranger. With only one goal, to catch a killer, he denies the passion and attraction he feels for Faith. Faith is the sweet, feminine woman he longs to dominate, but he thinks she is only playing games.

But there is a real threat to Faith and Gray must man up and decide what he feels for Faith is more than a game or even a mission.

The plot had a few transparent scenes. You know the bad guy up front and his connection to Faith. Faith is the innocent, young girl, but not so young as to not have dated. You assume she is in her early 20s and Gray is in his 30s. Faith was adopted when she was an adult by Pop Malone, gaining a brother Connor. There is also Micah and Nathan who work for Pop and act like brothers to Faith. Hoping the next books are about this hot guys along with Damon.

Not an outstanding, hold onto your seat and douse yourself with water book. It was fun, but just not something I took too seriously. No deep emotions evoked. No tears. Just a fun book and series that I hope gets better with each book.
Read more
10 people found this helpful
Helpful
Report abuse
See all reviews

Kindle Customer
5.0 out of 5 stars Sweet reading
Reviewed in the United Kingdom 🇬🇧 on September 21, 2014
Verified Purchase
This is my first maya banks book bought on a woman.

So glad I did, what a great read.

Strong faith with strong Gray. What an explosion..

Micah the charmer Connor the protector. Can't wait to read their stories..

Amazon Customer
3.0 out of 5 stars wont be buying any more in this series
Reviewed in the United Kingdom 🇬🇧 on January 21, 2016
Verified Purchase
Good read but the characters need more depth or story needs more real life experience. It's well into fantasy it's missing reality completely, its feet no longer touches the ground, so to say.
Read more
Report abuse

Nikki
4.0 out of 5 stars Loved it
Reviewed in the United Kingdom 🇬🇧 on October 23, 2012
Verified Purchase
This was a different read to the normal FSOG and Bared to You. It was very detailed , loved the way the characters were written and the way you were able to put them together. I read this book in a day and cannot wait to started again!!!
Read more
Report abuse

Charley Norton
4.0 out of 5 stars great start!!
Reviewed in the United Kingdom 🇬🇧 on December 10, 2013
Verified Purchase
Great start to what is obviously going to be an exciting series!! Only reason I didn't give it a full five stars was because it took a while for them to get over the angst and go for it.
Read more
Report abuse

kay
4.0 out of 5 stars more spicy htan sweet...
Reviewed in the United Kingdom 🇬🇧 on February 18, 2014
Verified Purchase
Was recommended I read this series of books by a friend. I enjoyed them, however I don't get why they're so much more expensive than nearly every other book on Amazon!
Read more
Report abuse
See all reviews