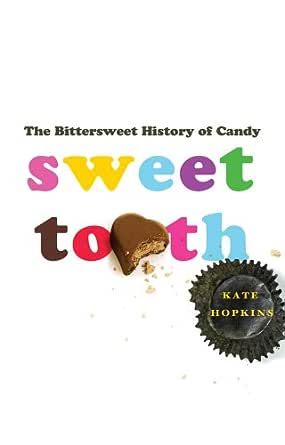 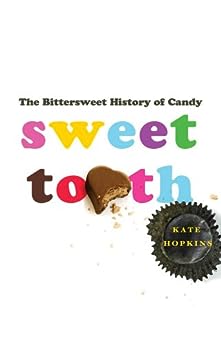 (Kate Hopkins) is looking for Mr. Goodbar with a vengeance. - Wall Street Journal --This text refers to an alternate kindle_edition edition.

Chapter 1
The Innocence of Candy

Candy Exchange Rate:
1 York Peppermint Pattie = 1 York Peppermint Pattie
We were sure it was no coincidence that those who gave away these lame treats were childless. When popcorn ball givers walked the streets of our neighborhood, children would look upon them as if they were extras from Village of the Damned. These miscreants wouldn’t escape our suspicion until the next Halloween, when inevitably they changed from popcorn balls to chocolates or their porch lights were no longer lit.
But really, it was the trading for candy that I remember most. With four siblings in the house, I had to develop strategies in trading. Those of us who traded quickly for Milky Ways and Clark bars often found ourselves without candy a mere three days later. Those of us who traded for the multitudes of Bazooka Joes, Sugar Babies, and the odd bags of candy corn soon found ourselves holding a monopoly over the family candy supply by election day.
Easter was the second most anticipated candy holiday on the calendar. Various Sunday school lessons instructed us that Easter Sunday was the day we celebrated Jesus Christ’s resurrection. What my pack of friends and I believed was that Easter was the day that Jesus, in the form of a bunny, showed up at our houses in the middle of the night, tossed hard-boiled eggs all over the place, and then apologized for the mess we’d have to clean up by leaving a basket full of candy. We started the morning by recovering all the eggs that Jesus had haphazardly thrown around the house. By the end of the day, we were stuffed full of marshmallow Peeps, jelly beans, and loads of chocolate.
It was the chocolate that resulted in the first upgrade in the quality of the candy we were given. When we were younger we received chocolate rabbits, which we thought a tad cruel, and we questioned whether we would go to hell for biting off the rabbit ears first. Over the course of the next few years, this evolved into us children imitating the rabbits as their horrible child overlords chomped into their chocolate flesh. The last year we had chocolate rabbits, our father noticed us screaming in sadistic glee while doing our best bunny impersonations of these confections, pleading, “Oh my god, no! No! No! Don’t eat my…!” and then immediately devouring the rabbit’s head. The next year, each of us received a softball-sized chocolate cream–filled egg, with fondant decorations. While he clearly paid more money for these ...
--This text refers to an alternate kindle_edition edition.

Kate Hopkins's food blog The Accidental Hedonist has been named one of Time Magazine's 50 Coolest Websites. She is the author of 99 Drams of Whiskey and lives in Seattle, Washington.