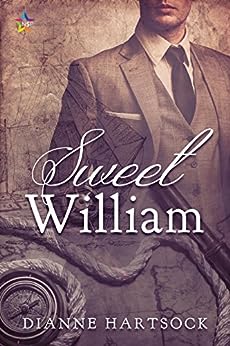 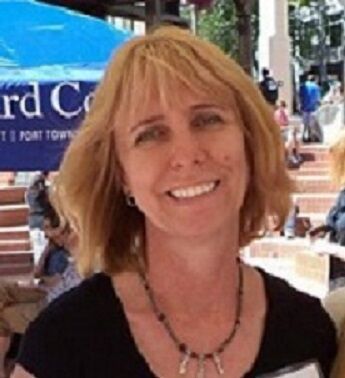 Hobnails
3.0 out of 5 stars Not my cup of Boston Tea!
Reviewed in the United States on June 12, 2018
Verified Purchase
I bought Sweet William after enjoying ‘Sammy’, my first read by this author. Sweet William was almost discarded after the first four chapters, I wanted plot and a storyline and what I read was a succession of indulgences in gratuitous promiscuity- disappointing at that point. I was beginning to think the tales of debauchery was the story Then the plot got itself into gear and developed, holding my attention through the quality of the writing. I had to overlook several nautical inaccuracies and two dubious encounters with ruffians and his ex-pupil in the park. The story ended before its time, on a wish rather than an action. There would be much more controversy to tell of William and Frederick getting together in those days of rigid social formality. I find that I like Miss Hartsocks writing style, but am not a lover of what she writes in Sweet William.
Read more
One person found this helpful
Helpful
Report abuse

Lucy OC
4.0 out of 5 stars Review by Shereadsalot
Reviewed in the United States on May 4, 2016
--"Sweet William" by Dianne Hartsock does just as the blurb promises: former tutor/pupil lovers reunite in this erotic historical romance. Set in the late 1800's in Boston and told in alternating POV, "Sweet William" is a 19 year old shipping business heir who is very wealthy, a twink and also very popular among the men. We're talking a lot of erections in tight grips.Plan to stretch the reality rubber band a little with this story. Every guy pretty much had a stiff one between their legs. Good old PWP ;D

This sort story had a plot in between the horniness of all the male characters. The tutor, Frederick is only 22, an orphan and getting shafted (ha!) by life. He's broke and still carries a torch for his first and only (?) male lover, William. (That was the impression) In a day, they reunite,
everyone still wants a piece of William and his hot ass. All systems seem to be on board for massive shagging between the main players because of their reunion.

This is where the story isn't as tight as it could be - length. We go back and forth through rash decisions, a weird plot twist that mostly works itself out in the end and violence.Triggers: on page violence, attempted sexual assault and off page sexual assault. This is my second story in short period of time that had a rapey villain of sorts. It fit the plot device but I know if I look at this plot long enough I'll find holes and bumps.

A bump was the possibility a man can be captured twice by the same people, while on the run in a big town like Boston. Granted, the setting isn't in modern times, but I think maybe hiding in a bush in the dark or maybe not going to the scene of the crime again might have stopped the whole concern I had with that particular plot twist. I know it's just to move the plot along but it kept irking me. Also, what is up with authors using sexy times while critically ill? Why can't there be a healing period and then worrying about boners. This isn't the first author to do so and I'm sure it won't be the last. *squints*

The biggest issue with "Sweet William" was the length & the underplayed suspense angle. The story is short but it ends at a good enough spot. We get reunited lovers and drama thrown in. However, there is a kidnapping angle that is too subtle. It could have been mentioned earlier with more clues to let the reader get why certain 'clues' were important. And I wish I got to learn more about the main characters, they were interesting.

The story is quick. Sometimes a short story that gives just enough can work. I do think this would work for a reader who like hot reads, not too much time spent on world building and something that can be read in an hour or two.

As is, I liked it but with the issues I couldn't rate higher. I'll definitely check out more from this author though; the ideas were good.
Read more
2 people found this helpful
Helpful
Report abuse

Lena Grey
4.0 out of 5 stars 'Sweet William' by Dianne Hartsock
Reviewed in the United States on April 26, 2016
Three years ago, Frederick was William's tutor and lover, that is, until William's father discovered the true nature of their relationship. Frederick is still in love with William, but feels that the disparity in their social standing is something that makes him not worthy of William's attentions. While dining one night, Frederick unexpectedly runs into William who is delighted to see Frederick again and insists that they get together. With Frederick reassured by William's passionate greeting, he's convinced that William not only remembers him, but also remembers the passion between them and agrees to meet William later.

Unfortunately, Frederick is detained when his past due rent catches up with him and he's locked out of his room. He tries to get in touch with William, but before he can do so, ruffians from one of William's merchant ships capture him, beat, and drag him back to work for them. One in particular is determined to have Frederick, willing or not. Frederick is terrified. He wants nothing to do with any other man now that he's been reunited with William, but it seems the choice is out of his hands. Finally, William receives Frederick's message. Knowing Frederick is in trouble and praying that he's all right, William rushes to the ship, furious that they have dared to treat his beloved in such a vile manner. There will surely be hell to pay when William gets a hold of the kidnappers, but first he has to find Frederick.

It's no secret that historical romance is my favorite genre, and, although it is short, Dianne has created a tantalizing tale of lost lovers reunited, fraught with passion, peril, and conniving, written in delightful lyrical prose befitting the time period. It's a great story, but I want more! More William, more Frederick, and more romance! If you enjoy historical romance, handsome young men, angst, and happy endings, you may like this story. Thanks, Dianne, for an enjoyable historical romp. Originally reviewed at Rainbow Book Reviews.
Read more
One person found this helpful
Helpful
Report abuse
See all reviews
Back to top
Get to Know Us
Make Money with Us
Amazon Payment Products
Let Us Help You
EnglishChoose a language for shopping. United StatesChoose a country/region for shopping.
© 1996-2021, Amazon.com, Inc. or its affiliates