You've subscribed to For Keeps! We will preorder your items within 24 hours of when they become available. When new books are released, we'll charge your default payment method for the lowest price available during the pre-order period.
Update your device or payment method, cancel individual pre-orders or your subscription at
Your Memberships & Subscriptions
There was an error. We were unable to process your subscription due to an error. Please refresh and try again. 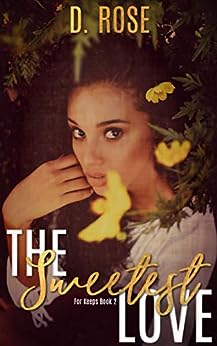 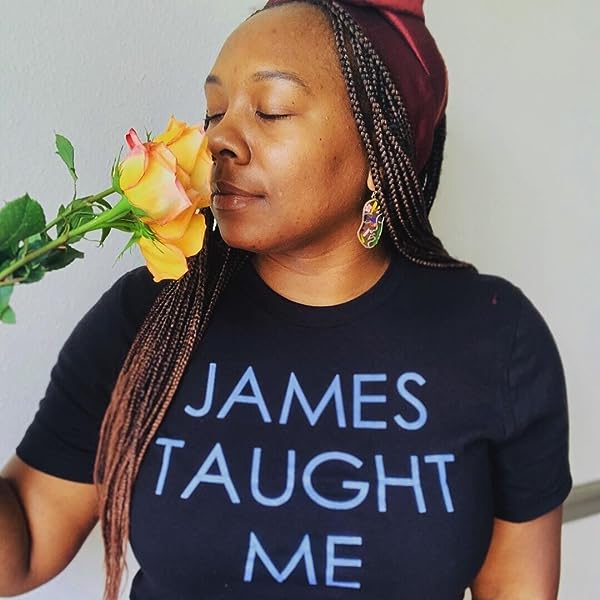 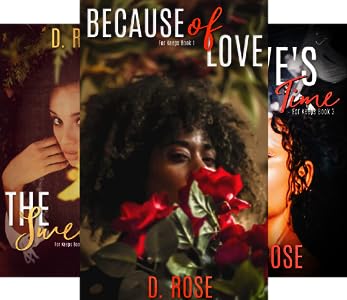 4.7 out of 5 stars
4.7 out of 5
56 global ratings
How are ratings calculated?
To calculate the overall star rating and percentage breakdown by star, we don’t use a simple average. Instead, our system considers things like how recent a review is and if the reviewer bought the item on Amazon. It also analyzes reviews to verify trustworthiness.
Top reviews

Janielle B.
5.0 out of 5 stars Worth the Wait!
Reviewed in the United States on August 23, 2019
Verified Purchase
Whew, chile, Malik and Selimah took me through! 😩 With their history and potent chemistry, it's hard to believe their road to happiness was so rocky and full of twists. But they still made me root for them along the way. Glad Malik and Salimah matured and opened their eyes to their issues and put in the work to address them and move forward. I liked them and their circle of friends. Great Story!
Read more
One person found this helpful
Helpful
Report abuse

Tam
5.0 out of 5 stars True Love Always Wins!!
Reviewed in the United States on October 8, 2019
Verified Purchase
Listen... I was a little worried for Sel and Malik. I truly didn't know if they would figure it out. I mean... I knew would because D. Rose wouldn't do that to us, but it was really touch and go. This story is the poster child for true true love. Nothing gets in the way and nothing stops it. Great follow up to Mecca and Nina's story!
Read more
Helpful
Report abuse

Kindle Customer
4.0 out of 5 stars Sweet sweet love.
Reviewed in the United States on August 23, 2021
Verified Purchase
I was nice to read about a relationship with out a lot of unnecessary drama. Malik and Selimah had issues but they handled them with love. I enjoyed following them as they found everlasting love.
Read more
Helpful
Report abuse

Carolyn Y King
5.0 out of 5 stars About Time
Reviewed in the United States on August 28, 2019
Verified Purchase
About time Malik and Selimah got together. They had some many obstacles preventing them from being together. Happy they finally got their happily ever after. Very good book. Can't wait for your next one.
Read more
One person found this helpful
Helpful
Report abuse

Purple Haired Doctor
5.0 out of 5 stars A sweet love indeed!
Reviewed in the United States on August 25, 2019
Verified Purchase
Sel and Malik went through a lot! I thought Nina and Mecca made my head hurt, they had nothing on these two. Their bond was always super cute and it was the glue they needed to get through the tough times.
Read more
One person found this helpful
Helpful
Report abuse

Kindle Customer
4.0 out of 5 stars Very Cute
Reviewed in the United States on October 13, 2019
Verified Purchase
I enjoyed the history of their friendship and how they always supported each other. A really cute and enjoyable read.
Read more
Helpful
Report abuse

RedEnigma
3.0 out of 5 stars Sweet, but Torturous Love!
Reviewed in the United States on June 16, 2020
Listen, I'm a big fan of D. Rose's books, but I have to admit that the heroines in this For Keeps Series have been testing my patience. Book 2 is entitled The Sweetest Love, but it was more like The Most Torturous Love.😂 If Nina had me reading Book 1 with my heart in my throat, what do you think Selimah did to me?! That girl was all over the place! She and Malik have been best friends for years, but finally took their relationship past platonic. Then she decided she couldn't handle crazy accusations from Malik's triflin ex--Giselle--and decides to pull back and push Malik away. Now that pissed me off, but I also wished Malik hadn't used that time to go back and entertain Giselle's kooky arse. It only further propelled Selimah's misguided notions that she couldn't compete with Malik's ex.🙄

Much like Nina's boo Mecca, Malik tried on many occasions to get Sel to open up to him, but she never wanted to discuss things or sort anything out regarding their feelings, or how past relationships were causing disruptions/interference. Sometimes, I wish Malik had pushed or forced Selimah to engage in open and honest dialogue, but he didn't. They would just let things go as they were. That was some frustrating stuff to read.

Selimah didn't seem to know what she really wanted. She spent a lot of time making assumptions about what she believed Malik, as well as others, were thinking, or doing, and what decisions they would be making. A mind reader she was not! And I was also confused about that whole thing with JW because it looked like for a minute there, he had the keys to her kingdom. With the way she was all giddy and feelin' him, it looked like she was actually falling in love with someone else besides Malik. All this stuff was starting to feel like I had been transported to one of those crazy soap opera episodes!🙄

Both Malik and Selimah had a bit of growing up to do. I hated that Selimah would always shut down and never wanted to talk about their issues until everything had blown up, and they would go so long without speaking. I hated that Malik let her get away with it, too.

What I did love the most about this story was Malik's relationship with his half-brother, Ant. I loved that Malik was on the battlefield for Ant because all their parents were triflin' as hell. Using children to control someone will never fly in my book. The people who always get hurt the most are the children.

Sassha Reads💋💋
4.0 out of 5 stars Tested and Tried Love
Reviewed in the United States on September 12, 2019
I'm so glad that Malik and Selimah finally got everything straightened out and on the same page to grow their relationship. Selimah should've listened to Malik instead of rushing him off the phone when he was trying to let her know Giselle was pregnant by Davonte and not him. My hat goes off to Malik for continuing to bond with Anthony despite what was going on with Tim, Tiff, && Alice. Tim and Tiff should've had a sit down with Alice years ago to get an understanding and set up ground rules rather than him being an absent father in Anthony's life. It's good that Nina and Mecca are still doing good together. I can't wait to see what's up with Puma and Gwen.
Read more
Helpful
Report abuse
See all reviews

Tags that will help you discover similar books. 2 tags
united stateswomen's fiction
Results for:
Page 1 of 1Start overPage 1 of 1
Previous page
Next page
Where do clickable book tags come from?
Book tags are created from a variety of sources, some of which are customer-generated. Amazon is not legally responsible for the accuracy of the tags represented. If you are an author or publisher and would like to remove a tag associated with your title, please contact your vendor manager or publisher support team.
Back to top
Get to Know Us
Make Money with Us
Amazon Payment Products
Let Us Help You
EnglishChoose a language for shopping. United StatesChoose a country/region for shopping.
© 1996-2021, Amazon.com, Inc. or its affiliates