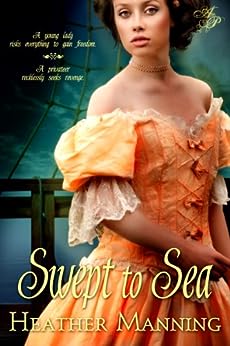 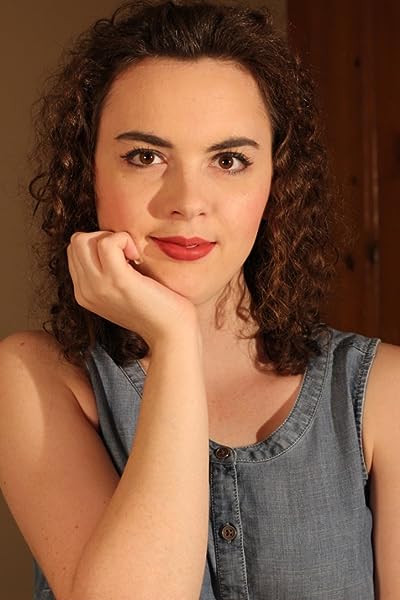 Swept to Sea (Ladies of the Caribbean Book 1) Kindle Edition

by Heather Manning (Author) Format: Kindle Edition
Book 1 of 3: Ladies Of The Caribbean
See all formats and editions
Sorry, there was a problem loading this page. Try again.
Lady Eden Trenton never wanted to leave her privileged existence in London—until her father invites a dangerous suitor into her life. Left with few options, Eden devises the best reprieve she can: escape. Chasing freedom, she stows away aboard a pirate ship, praying she will gain her independence in the colonies before she is discovered by the nefarious crew.

Captain Caspian Archer has spent the last five years hardening his heart and searching to exact revenge for the event that tore his life to shreds. When he catches word that his enemy is residing in Jamaica, Caspian steers his ship toward the colonies in all haste. His plans soon change, however, when he discovers the young beauty hiding in his ship’s hold.

Cut from the only lives they have known, Caspian and Eden are pulled together as each pursues a fresh hope upon the sea.

Heather Manning is a young lady who loves to read-and write. She has won multiple competitions for her writing with "Nextgen Writers" and placed first in some writing contests with the "Go Teen Writers" blog and is a proud member of ACFW. She lives in Kansas City, Missouri where she attends high school, acts in community theatre, eats donuts, and reads every Inspirational Historical Romance she can get her hands on. --This text refers to the paperback edition.

Bestselling author Heather Manning is a young lady who loves to read--and write. Her first two novels, Swept to Sea and Carried Home, quickly became bestsellers. She recently graduated from Stephens College with a degree in theatre arts. She is a lover of all things time travel, Disney, and vintage and lives in Kansas City, Missouri. Find Heather on her website: http://heathermanningofficial.com/

Anonymous Reviewer
4.0 out of 5 stars Light fun read!
Reviewed in the United States on September 1, 2017
Verified Purchase
In a nutshell: Lady Eden Trenton is engaged to a man that by all outward appearances is a fine match, and in private is an abusive horror. Determined not to succumb to such a life, she stows away on a privateer ship bound for the Caribbean. Being lousy at hiding, she is quickly discovered by Caspian Archer, a sea captain bent on revenge against the pirate who killed his wife and left him with a five-year old son to care for. While both parties have vowed never to lose their hearts to another, as any good romance goes, they quickly discover that there could be much more to their relationship than mere passenger and sea captain.

My take: This novel was such a delightful read. I found Heather Manning on Hometown Reads, a fabulous little site that helps readers find local authors in their hometown. She was 16 at the time that she wrote this novel, and, while some aspects in characterization and dialogue showed her youth, the novel as a whole easily compared to many other Christian fiction novels on the market. The author incorporated the religious aspects well, highlighting the faith of the characters without force-feeding it to the reader. Historically, she seemed to have all her facts in place with one exception; the difference between a pirate and a privateer was not explained until nearly 100 pages in. At its most basic, a privateer is legal and a pirate is not (The Mariners’ Museum and Park gives a good explanation here). If I did not have this advance knowledge, I would have viewed Caspian’s character quite differently. All in all though, this book made for a light, fun, weekend read. I’m looking forward to seeing more from this author.
Read more
Helpful
Report abuse

S. Alex Martin
4.0 out of 5 stars Like reading a Disney Pixar movie
Reviewed in the United States on March 4, 2014
Verified Purchase
I told this to Heather and I'll say it here: reading "Swept to Sea," to me, felt like I was reading a Disney Pixar/Disney Princess movie. That was a good thing! This book will go over better with the younger side of the YA crowd rather than the older -- that's just the kind of book it is. Me personally? I don't usually read this genre. This is the first time, actually, but I enjoyed the book. Out of ten, (my preferred scale), I'd give this book a 7.5.

So why do I say it was like reading a Disney Pixar movie? First off, you had your heroine -- Lady Eden Trenton -- who leads a troubled life and wants to escape to a better reality. Along the way she meets a handsome "pirate" -- Caspian -- and though at first their relationship is strained, eventually they learn to like each other and have an adventure on the high seas, with battles and pirates mixed in. Eden also has two friends who chase after her as a side quest because Eden's abusive fiance is seeking revenge for her running away.

All-in-all, the makings of a Disney movie!

I liked how the book was written, what with its accurate period-references and jargon and descriptions. You felt like you were in 17th century London/Caribbean. I respected Caspian and Eden was fleshed-out pretty well. Her friends, Aimee and Ivy, felt like the comic relief in a way, even though they had a pretty dark storyline (how they get dragged into the adventure is rather cruel, to say the least). Lord Rutger. You will HATE Lord Rutger. He's one of those villains that you just hate. This man is cruel and abusive. The things he would do to Eden are hinted at, and they aren't pleasant.

The biggest flaw in the characters that was the similarity between Captain Matthew and Captain Caspian. Caspian is established as Lord Rutger's foil. He won't abuse Eden and he tried to help her until she finally trusts him. You'll respect Caspian. Then, in a different stoyline (this book is written in multiple POVs), you meet Matthew...and the entire time I felt as if he was a lighter version of Caspian. We had already seen this character IN Caspian, so it felt redundant to have another man who acted almost the exact same way. It's admirable, but too similar.

The battles were fairly well-written. The first one, I didn't feel as if there was any real danger because we never got to "see" it. The entire battle was written from Eden's POV, and she was in the Captain's Chamber the entire time. However, once we see fights and battles from Caspian's POV, the excitement and danger level goes up, which I liked.

Overall, this book will be enjoyed more by the younger YA crowd...like between ages 10-17...more than the older crowd or adults. There will be a sequel, so look for it!
Read more
3 people found this helpful
Helpful
Report abuse

Rachel Skatvold
4.0 out of 5 stars A Romantic Swashbuckling Adventure
Reviewed in the United States on August 18, 2015
Verified Purchase
Swept to Sea is a sweet and adventurous historical romance at sea. It starts off with the main character, Eden running away from home to escape an arranged marriage to a man who has proven to be abusive. After stowing away on a pirate ship bound for the Caribbean, she is quickly discovered by the ship’s captain but her adventures only start there.

I really enjoyed this story, especially since it had a message of faith weaved into it. Eden was a likeable character and her feisty nature made me laugh more than once. Caspian was just mysterious enough to make you wonder if he was a hero or a villain at the beginning of the story and it kept me reading. In fact, it only took me about four days to finish it. I’m excited to read the sequel.
Read more
One person found this helpful
Helpful
Report abuse

vic
4.0 out of 5 stars Best romance,pirate book ever!!!
Reviewed in the United States on March 22, 2015
Verified Purchase
In Swept to Sea for one thing it had two of my favorite subjects;female stowaways attempting to look like boys and pirates!;) Who doesn't?What I really liked was the author was very connected with the main characters like how Eden was a mix of absolute weakness and absolute daring brave.Unfortunately,I must say I disliked that the point of view also switched to more than three different characters,(now if you read don't boo me).But also liked when she did switch characters important events happened.I also see the potential for two more books with Eden's friends and Gage and Captain Emery ;).I would suggest this book to anyone who loves:Romance,a dash of mystery,Pirates,the sea (duh the tittle:) ) and finally anyone who loves playful bantering because of it happens so much.At 16 Heather Manning is a star,I think she definitely deserved four stars,and I'm a book fanatic I don't give stars easy,