You've subscribed to Thrust Into Love! We will preorder your items within 24 hours of when they become available. When new books are released, we'll charge your default payment method for the lowest price available during the pre-order period.
Update your device or payment method, cancel individual pre-orders or your subscription at
Your Memberships & Subscriptions
There was an error. We were unable to process your subscription due to an error. Please refresh and try again. 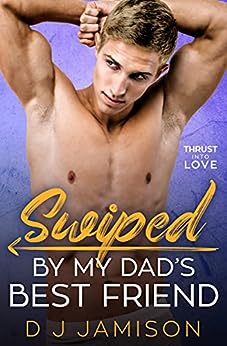 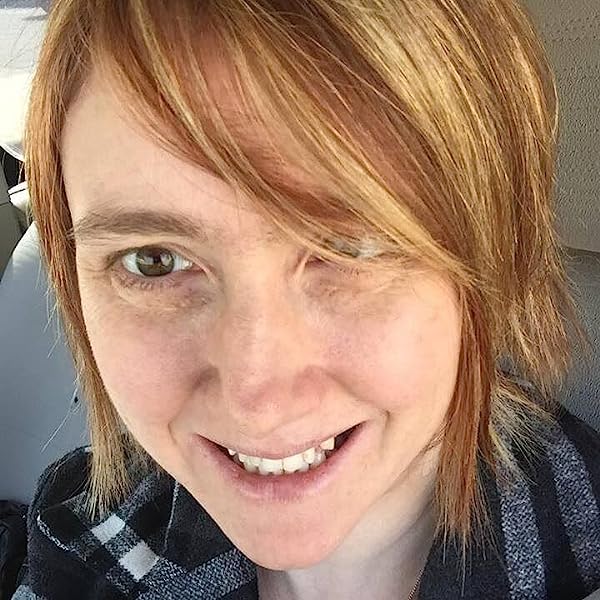 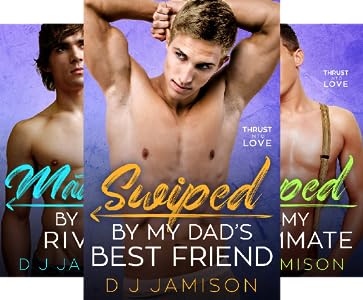 
Swiped is everything you've come to expect from DJ Jamison's writing: characters that leap off the page, romance that is the perfect blend of sweet and hot, and laugh out loud moments. I've always been a reluctant Daddy kink reader, but Trace and Cooper swept me away ... -- Brigham Vaughn, author of Cabin Fever and Date in a Pinch

I was completely invested from the first page. The author was able to keep my attention peaked and pulling for this couple for the entire read. This author is quickly rising to my favorites list for m/m. --Wicked Reads Review Team

4.4 out of 5 stars
4.4 out of 5
195 global ratings
How are ratings calculated?
To calculate the overall star rating and percentage breakdown by star, we don’t use a simple average. Instead, our system considers things like how recent a review is and if the reviewer bought the item on Amazon. It also analyzes reviews to verify trustworthiness.
Top reviews

Kindle Customer
VINE VOICE
5.0 out of 5 stars Effortless daddy kink
Reviewed in the United States on June 29, 2021
Verified Purchase
Really quick, right off the bat, if you're looking for a plot heavy, what's gonna happen story, look elsewhere cuz this ain't it. However, if you are like me and love character driven, realistic contemporary love stories, oh are you in for a treat.

This was lovely. The plot is really simplistic but there is so much attention to detail here that makes the story feel complete and authentic. It's not a mindless rom-com nor is it an angsty rollercoaster but when it's funny I genuinely laughed, and when the emotional moment hit, oh dear God do they hit. (Cooper's confrontation with his father, yeah I felt that).

Alao, this is a book with a character who is in college and has to study and go to class and talk with professors. This is a book where professors act like people and not heartless androids. This is a book where all the side characters feel completely flushed out, no one is a cardboard cutout just taking up space. Cooper's relationship with his family feels authentic. His parents aren't villains and his struggles with them are understandable. Trace feels tangible and doesn't act like a tumblr dom (thank god!). And their relationship is just so sweet and healthy. This is what I want from my contemporaries. Not made up drama that leads to a stupid misunderstanding between the characters. But real tangible and understandable struggles that happened because... Well, life.

I feel like I'm saying real a little too much here because at the end of the day this is still a dad's best friend trope where characters meet on an app but honestly that's the most fantastical element here and even that gets addressed. A lot of time was spent making this authentic. For example, Cooper is so d@mn relatable, I high key felt called out. The smut was just so good. It was emotional and felt more like a connection between two people than just hotness on a page. Don't get me wrong, it was still hot but you get my point.

I really love this. Granted, it wasn't perfect. The epilogue was a little too sappy for me but certain things need to be wrapped up so I'm not too mad about it. Then again, there is a second book coming out (that I already pre-ordered) so did there really need to be an epilogue? Two kinds of people, one would say no. I also didn't love how we didn't get to see Cooper's conversation with his mom. And more than once, there were scenes that happened in the past that could have happened in real-time. Like instead of Trace looking back on his conversation with Matthew, I would have preferred to see it happen. I think it would have been stronger that way. When things like this happened, it didn't take me out of the story nor did it take away from my reading experience. But it was a choice that confused me.

All in all, this is a great book. If you love character-driven love stories, you'll adore this. I know I did. Five stars because it was just so effortless. Also there was a daddy kink and that's low key high key my thing. Plus Trace was hot so you know.
Read more
3 people found this helpful
Helpful
Report abuse

buffpuff
5.0 out of 5 stars Long distance love⁸
Reviewed in the United States on July 15, 2021
Verified Purchase
Cooper and Trace are an unusual love story. There is Daddy kink in there and there is the fact that Trace is old enough to be his Dad. None of that matters. They brave many long nights together by having sex together on Skype. When Trace is there, their lovemaking is wild. Trace helps Coop with his Frat project both literally and by helping him with schoolwork. Coop finally convinces Trace he can help him solve his troubles with his job. Somewhere in there, they realized they had fallen in love very much. The final thing to really seal that but also share it accidentally with Cooper's Dad was when Coop fell off the ladder. Coop's Dad was a total idiot her and then some! He couldn't wrap his head around their love. And that is as many spoilers as you get! I tried to write this without too much of the story. Then realized the reviews I liked had to share a bit if I even wanted to read it. The Daddy Kink is all over this book but not really like dominating type. It is a very smexy book but also a book about. True love. What would you be willing to do for the other person? Highly Recommend! You hit it out of the park D.J. Jamison!
Read more
2 people found this helpful
Helpful
Report abuse

papercandy
5.0 out of 5 stars A perfect love story!
Reviewed in the United States on May 20, 2021
Verified Purchase
What a fabulous read! Trace and Cooper are absolute perfection together. Cooper is a struggling, fifth-year college senior who just can't seem to get his life together. He's searching for what he needs when he answers an app request and finds the answer - he needs a Daddy. Trace is a year older than Cooper's (college dean) dad with a struggling landscaping business. When he sees Cooper again after many years, an instant connection is formed.Trace and Cooper are faced with seemingly insurmountable odds against their relationship - distance, age, parental disapproval... But they are drawn together again and again. It turns out that sometimes, the perfect relationship doesn't make sense on paper. DJ Jamison is one of my favorite authors and never fails to pull me into the story immediately. I'm so happy that she's started a new series in the same universe as her Love Notes series. I can't wait for Thrust Into Love #2.
Read more
2 people found this helpful
Helpful
Report abuse

Guy Venturi
5.0 out of 5 stars A history of friendship does not guarantee love.
Reviewed in the United States on June 5, 2021
Verified Purchase
But a history class can bring back memories of time spent together with you crush as your mind wanders in class. Even if you hate school.

But love can grow where it shouldn't and with someone who you shouldn't. Love is always surprising, but never dull. Especially if you are a perfect match for each other. Your love conquers everything else. But family is still important and need to be considered in decision making.

Love is a big commitment. Bigger than almost anything else in life. But you need to care for your previous commitments and work your way through. The rewards may not be as powerful as love, but they are still very important.

Motivation to complete classes with good grades is essential to success as it carries over to almost everything. Success in love for the long term is difficult as people change with age and experience. But love can keep you together in spite of all the problems in life.

Edga
4.0 out of 5 stars Entertaining Daddy romance.
Reviewed in the United Kingdom on May 20, 2021
Verified Purchase
Cooper is a bit of a lost soul in this May/ December romance. However, with Trace by his side, acting as his guiding hand, Cooper embarks upon a journey of self-discovery and whirlwind romance. I enjoyed reading how the two guys got together, and discovering how their relationship developed into each being exactly what the other needed. The author also did a wonderful job highlighting the issues that can arise with such a big age difference, and how a couple can rise above them. It's a cute love story of self discovery, I enjoyed both the main characters and the flow of the story. My only complaint is that I found some of the dialogue repetitive at times, which is why I deducted a star.
Read more
Report abuse

sarah mitcham
4.0 out of 5 stars Accidental Reconnection
Reviewed in the United Kingdom on May 22, 2021
Verified Purchase
Contemporary age gap MM with light Daddy kink. When swiping on a hook up site brings Trace and Cooper together they got more than they bargained on! They had not seen each other for ten years and Trace had been best friends with Cooper's Dad. A fun and sweet romance with some minor angst, an easy to read, page-turner of a story.
Read more
Report abuse

Shelly
3.0 out of 5 stars Good
Reviewed in the United Kingdom on May 23, 2021
Verified Purchase
Overall a very sweet but light Daddy kink book. Very light on the angst and drama and mostly just a feel good Hallmark like story (if Hallmark did daddy kink anyhow). Not a bad read overall it was well paced and engaging enough, just not convinced it was all that memorable.
Read more
Report abuse

Cadiva
4.0 out of 5 stars Cute Daddy/boy with a college setting and age gap romance
Reviewed in the United Kingdom on June 13, 2021
Verified Purchase
I liked this first entry in the Love Notes sort of spin off series (and appreciated the Ace/Benji still being madly in love appearance).

XG
5.0 out of 5 stars Sweet and kinky! So good!
Reviewed in Mexico on May 24, 2021
Verified Purchase
I enjoyed this book in a special way because not only it is written by one of my favorite authors but also it is about some of my favorite topics. Ms Jamison managed the Daddy/boy part of the story in a respectful way, showing us an amazingly sweet dynamic between Trace and Cooper. The book is easy to read in spite of some family drama but at the end the endearing characters and sweet situations made my heart lighter and my day so mucho better. A wonderful reading!
Read more
Report abuse
See all reviews