Sword and Pen (The Great Library Book 5) and millions of other books are available for Amazon Kindle. Learn more
Share <Embed>

$44.99
& FREE Shipping on eligible orders. Details
Sold by: Amazon.com
Have one to sell?
Sell on Amazon 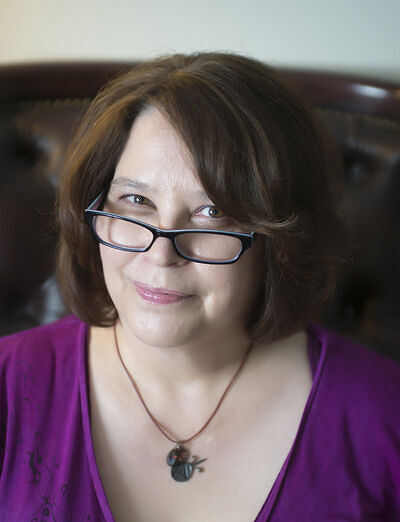 Rachel Caine is the New York Times and USA Today bestselling author of more than fifty novels, including the Weather Warden series, the Outcast Season series, the Revivalist series, and the Morganville Vampires series, which includes Bitter Blood, Black Dawn, Last Breath, and Bite Club. She is also the author of Prince of Shadows, a new spin on the classic tale of Romeo and Juliet. She was born at White Sands Missile Range, which people who know her say explains a lot. She has been an accountant, a professional musician, an insurance investigator, and, until recently, carried on a secret identity in the corporate world as a communications executive. She and her husband, fantasy artist R. Cat Conrad, live in Texas.

Start reading Sword and Pen (The Great Library Book 5) on your Kindle in under a minute.

4.8 out of 5 stars
4.8 out of 5
456 global ratings
How are ratings calculated?
To calculate the overall star rating and percentage breakdown by star, we don’t use a simple average. Instead, our system considers things like how recent a review is and if the reviewer bought the item on Amazon. It also analyzes reviews to verify trustworthiness.

Deborah McHugh
5.0 out of 5 stars A Satisfying Conclusion to an Excellent Series
Reviewed in the United States on September 4, 2019
Verified Purchase
I have loved this series since I first read Ink and Bone, and with this book, the series comes to a satisfying conclusion. It is by turns heartwarming, exciting, fascinating, and heartbreaking, and I could not put it down.

Anyone who has read the first four books in the series will know just how relentless the pace can be, and this book drives our characters even harder than before. Things happen quickly, with little rest between moments of intense action. The new Library is fighting a war on several fronts, and the book does not shy away from the devastation that comes with that. Blood is spilled. There are tough decisions for everyone to make. Characters die, including one very significant one.

But there are also some very uplifting emotional moments. We get to see how deep of bonds have formed between the main characters. There is a lot of emphasis on the adoptive family relationships that have developed between Wolfe, Santi, and the kids, and we get to see just how much they all have come to care about each other. Romance is a bit more sidelined in this one, which makes sense. They're fighting a war, which doesn't leave much time for kissing. I am admittedly a bit unhappy with the way things went for one couple, but although it was unexpected, the development was understandable, considering the situation they find themselves in.

The ending was very satisfying, although a significant death makes it bittersweet. It doesn't wrap up every single thread, but I wouldn't want it to. It doesn't come without cost, but too neat and easy of a solution wouldn't have done it justice. The main conflict is resolved, and we are left on a hopeful note, looking toward the future of the new Library. As someone who greatly disliked the Harry Potter epilogue, I was happy that the end point leaves our characters open to any further adventures we might imagine them having.

If you've been following this series, you will definitely want to be here for the grand finale. If you haven't, go pick up Ink and Bone so you can fall in love with this beautiful dystopian alternate history and the diverse group of kids and their mentors working to overthrow the corrupt power structure.

I received an ARC from Netgalley in exchange for this review. I also had the book preordered because I love this series so much. Really, read it!
Read more
4 people found this helpful
Helpful
Report abuse

Kasey at Story Sanctuary
5.0 out of 5 stars Fantastic End to a Wonderful Series
Reviewed in the United States on October 8, 2019
Verified Purchase
I’m so torn about this book but probably not for the reason you think! I am so sad that the series is over, but so happy I got to read every page of it.

I’m always nervous picking up a book in a series after a break in reading earlier books. I worry that I won’t like it as much as I liked earlier books or that I’ll be confused about what’s going on because I’ve forgotten too many things.

Rachel Caine handled both of these concerns like the expert she is in SWORD AND PEN. From the first page, I fell straight back in love with Jess and his friends and the amazing story world of Alexandria and the Great Library. I felt like reminders about who people were and what had been happening where SMOKE AND IRON (book 4) left off were organically woven into the narrative without stealing any attention away from the current tension.

The Great Library is one of my favorite series. It’s one of a very few series longer than three books that I’ve actually managed to stick with– and really, I couldn’t help it! I love the characters so much– Khalila and Dario, Thomas and Glain, Santi and Wolfe, I love them all. Each one is so different, so well-imagined that they feel real. As soon as I start reading a section, I know exactly whose POV I’m in, and I love when authors write like that.

SWORD AND PEN is every bit the conclusion I was hoping for in terms of its intensity. I won’t promise you’ll love every minute– there are some sad moments that really smack you in places that hurt. But it wouldn’t be such a powerful story without those, either. And for the most part, even those sad moments felt right to me.

The Great Library is one of those series you really need to read from the beginning, so don’t start with SWORD AND PEN. Besides, the first book, INK AND BONE is fantastic and well worth the time to read.

Note: I received a free copy of this book in exchange for my honest review. (Then I bought a finished copy because it's awesome.)
Read more
3 people found this helpful
Helpful
Report abuse

Shala Kerrigan
VINE VOICE
5.0 out of 5 stars Enjoyable, thoughtful and right
Reviewed in the United States on September 5, 2019
Verified Purchase
I'm really happy with this strong ending to a great series.

Like the rest of the series, it is thought provoking. It's the kind of series you recommend to a friend so you can discuss it with them. The whole world is built well around the institution of the library and what it means to control knowledge and communication.

The main characters are heroic in their ways. Some of them are very open and honest, others are more duplicitous. It's a coming of age in some ways too, and a love story. My favorite kind of love story, where some of the story is about romantic love, but it's also about other kinds of love too.

This was the rich ending the series deserved, and it was well-paced. It does feel like there is more philosophical musing in this book, but that fit the story too.

Definitely not a standalone. Start at the beginning.
Read more
One person found this helpful
Helpful
Report abuse

A. Arey
5.0 out of 5 stars Fantastic Ending to a Fantastic Series
Reviewed in the United States on September 4, 2019
Verified Purchase
Sword and Pen, the fifth and final book in the The Great Library, is one of the best finales to a series I've read. Everything that occurred in the first four books culminates in the fight for control of the Great Library and the fate of Scholar Wolfe and his battle-worn friends. This book was one heck of a ride that was impossible to put down. I won't post much here because it would be chock full of spoilers. All I'll say is the ending was unexpected but true to the characters. I couldn't put it down! This ranks as one of my favorite series and I know I'll be rereading it many times in the future.
Read more
3 people found this helpful
Helpful
Report abuse
See all reviews

SD
5.0 out of 5 stars Losing a friend!!!!
Reviewed in the United Kingdom on December 30, 2019
Verified Purchase
Absolutely gutted that I have read all . Couldn't stop . People binge on box sets I binged on these books. Definitely the best I have read in a long time. The people are so real. I have been through hatred anger sadness laughter and love linking so many different types of people that make a whole.
Brilliant writing and I am so sad that I no longer have these books to look forward to. As I said above its like losing a friend, not just one but many.
Read more
4 people found this helpful
Report abuse

MC
5.0 out of 5 stars A fitting end.
Reviewed in the United Kingdom on June 16, 2020
Verified Purchase
An emotional end to a fantastic series.
I will miss these characters, and will look forward to when enough time has passed to be able to reread and rediscover them.

I would recommend binge reading the series if you're new to it.
Read more
2 people found this helpful
Report abuse

PAULS
5.0 out of 5 stars Very interesting conclusion to the series
Reviewed in the United Kingdom on July 14, 2020
Verified Purchase
Having read the previous books this book had to be read. The conclusion although expected came withe a variety of (to be expected) twists.
Read more
Report abuse

jamie p
5.0 out of 5 stars Amazing series
Reviewed in the United Kingdom on August 14, 2020
Verified Purchase
I really did not want this series to end, but it was concluded perfectly. This series is different and ingenious, I love it.
Read more
Report abuse

Mharie West
4.0 out of 5 stars loose ends but still 100 worth every penny
Reviewed in the United Kingdom on July 30, 2020
Verified Purchase
i adored this entire series and was so sad that it had to end. I own the whole series in e book and in paperback lol
I gave it 4 stars rather than 5 because it felt to me like more loose ends were left than I'd expected but on the other hand it is so full of tear jerkers and strong character moments that i forgive the loose ends. Such a good dark complex YA book.
Read more
Report abuse
See all reviews
Back to top
Get to Know Us
Make Money with Us
Amazon Payment Products
Let Us Help You
EnglishChoose a language for shopping. United StatesChoose a country/region for shopping.
© 1996-2021, Amazon.com, Inc. or its affiliates