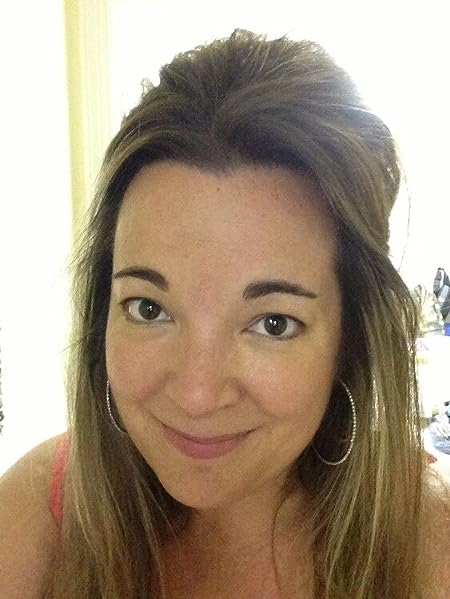 Sybil Bartel is a USA Today Bestselling author of unapologetic alpha heroes. Whether you're reading her deliciously dominant alpha bodyguards, her page-turning romantic suspense, or her heart-stopping military romance, all of her books have sexy-as-sin alpha heroes!

Sybil lives in South Florida with her wonderful family and one furry canine.

Or sign up for her newsletter to get a free book! http://eepurl.com/bRSE2T 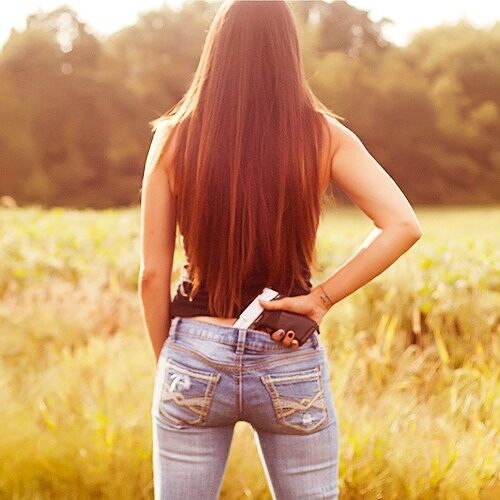 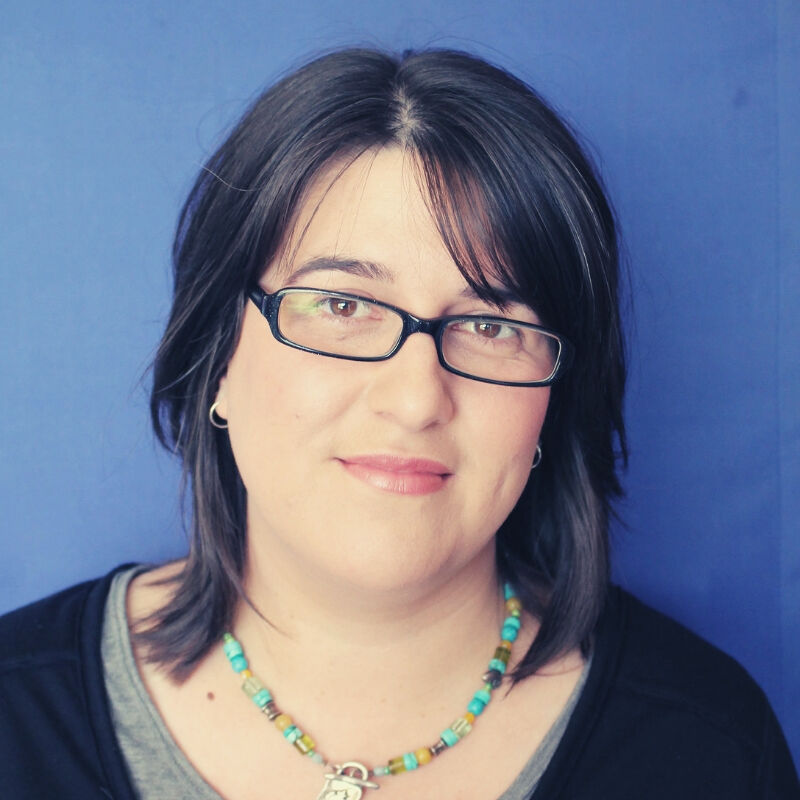 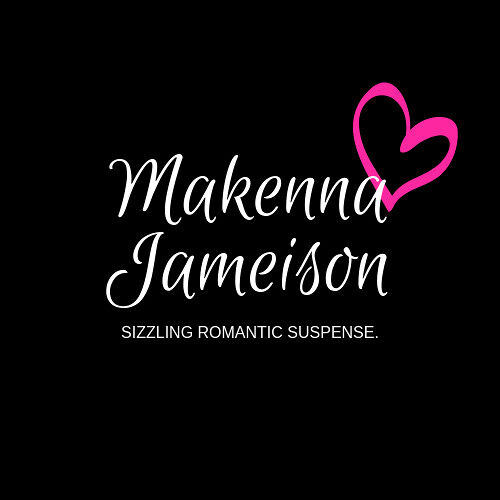 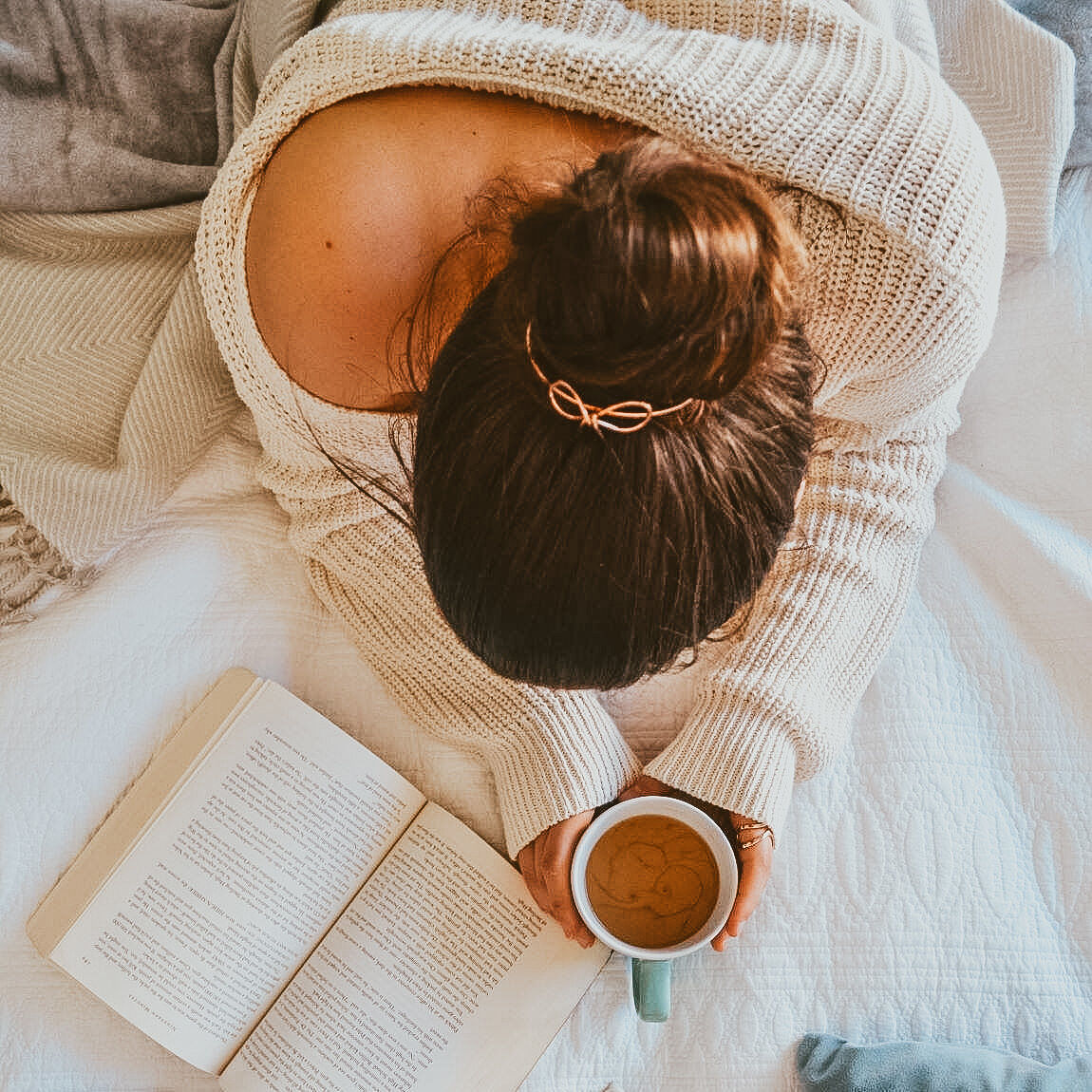 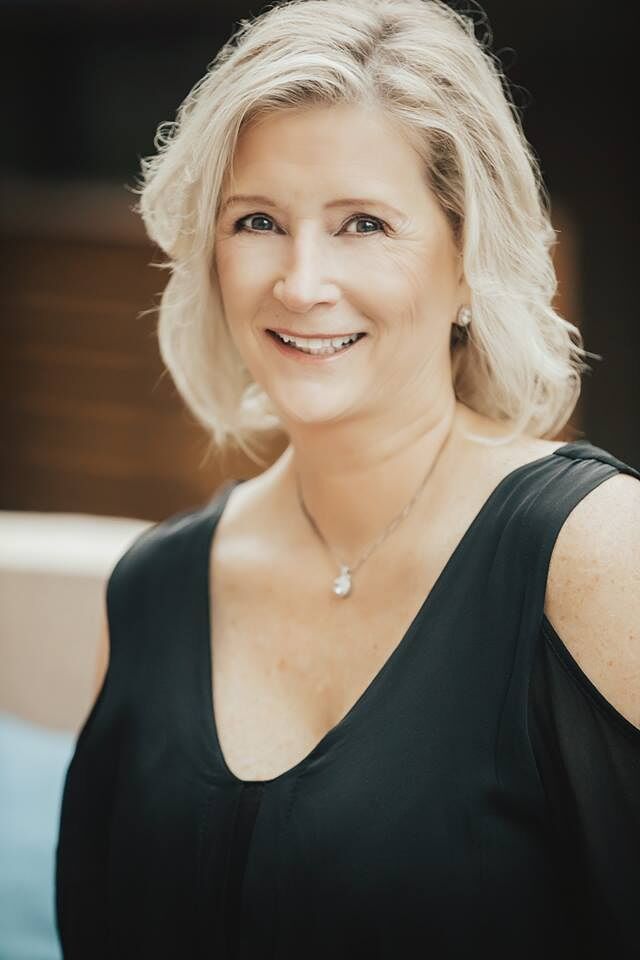 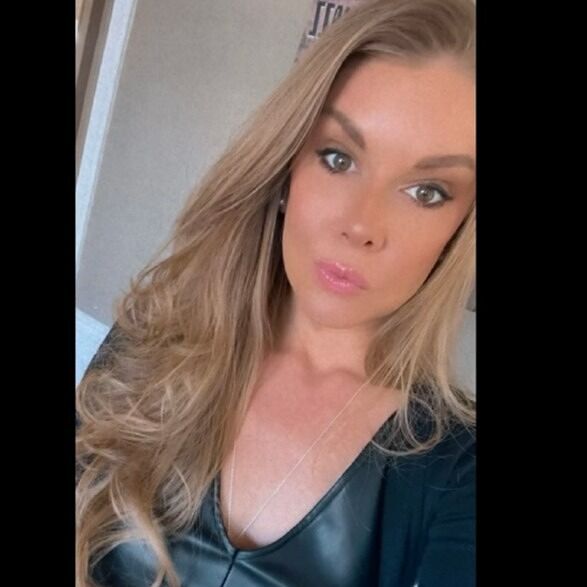 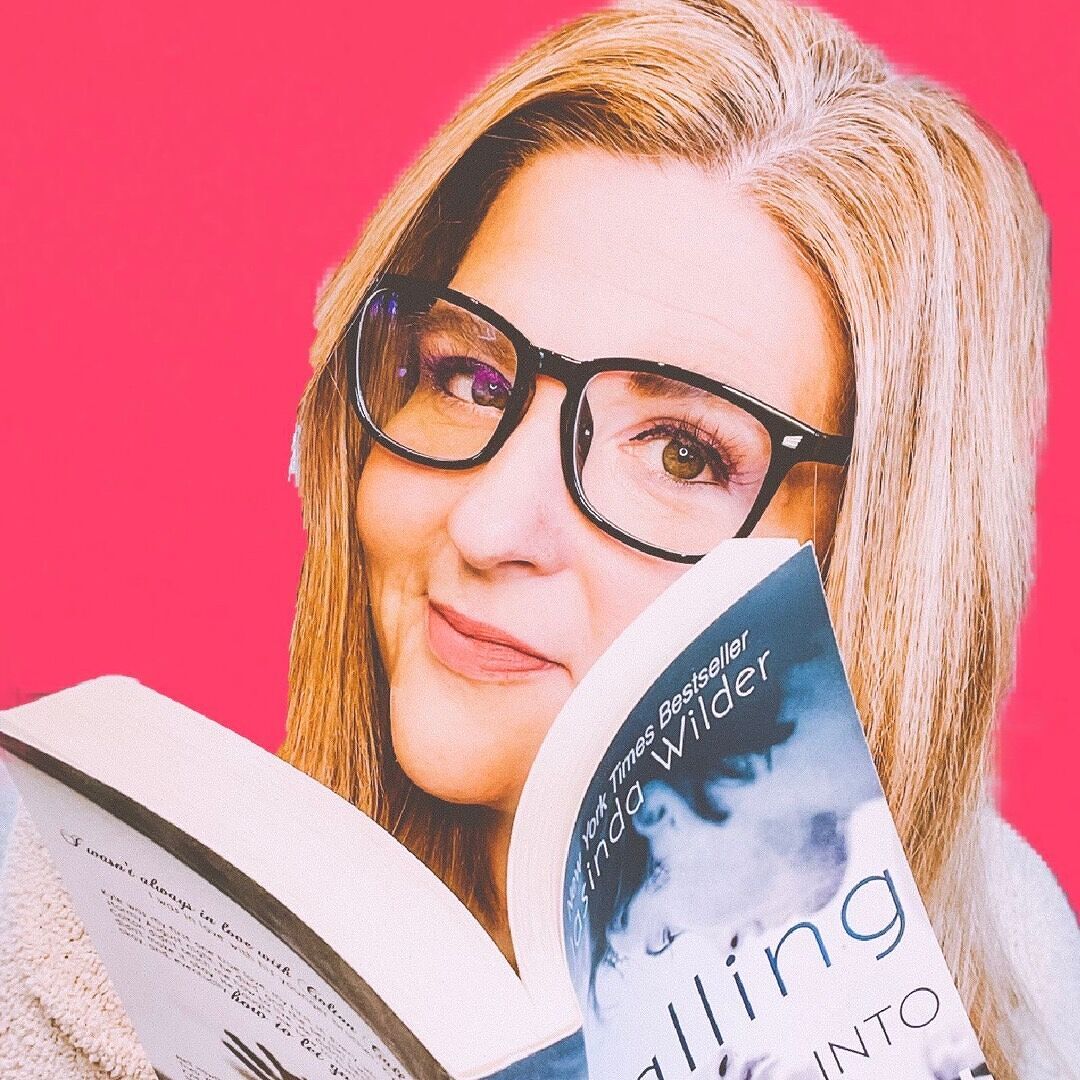 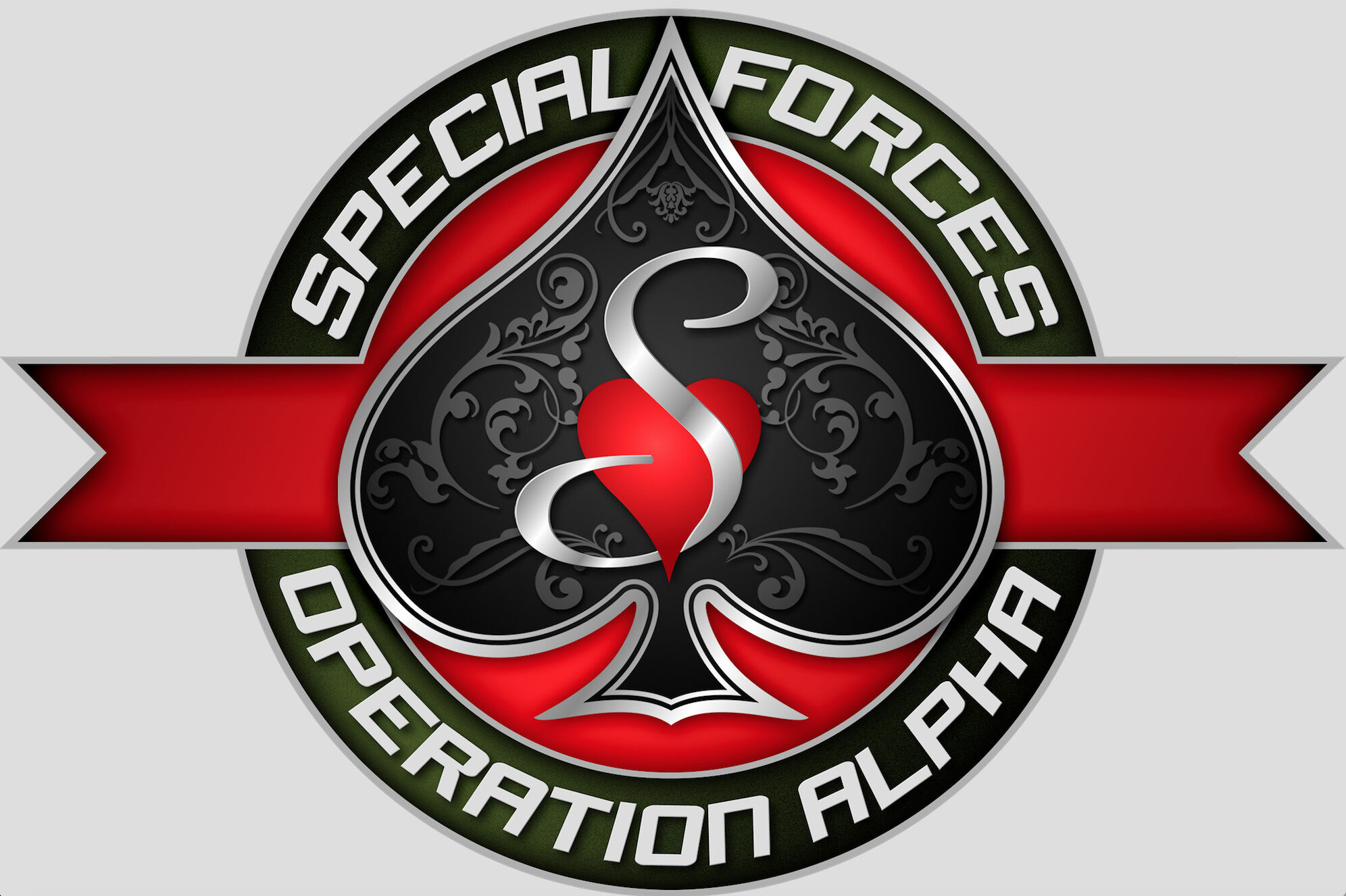 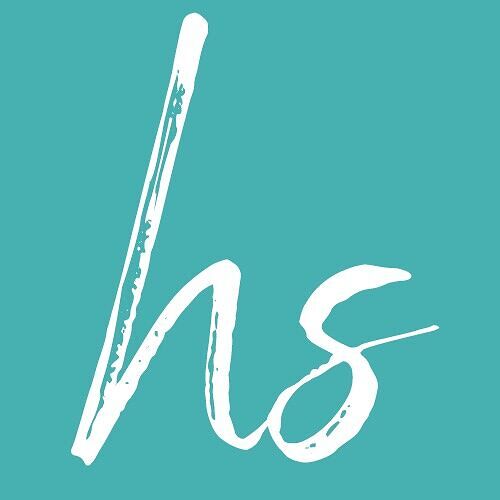 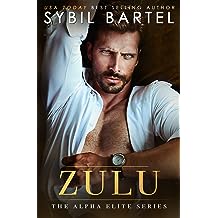 The Navy trained me to be the best, but the Teams turned me into a deadly weapon. Every mission honing my tactical skills, I never missed a shot. Living for my brothers and the Trident I’d earned, I didn’t look past my next deployment.

Then my friend and former teammate made me an offer—private sector, government contracts, combat missions and the chance to fly my own jet. Retiring from the Teams, but not the mission, I joined Alpha Elite Security.

As second-in-command at AES, I demanded precision because I didn’t do things the wrong way. Until a mysterious brunette asked me for an exfil from her husband’s wake, and everything went FUBAR. 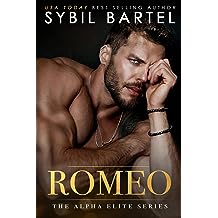 My first memory was in the cockpit of a plane. My second was of a uniform. All I’d ever wanted was to be a pilot. The Marines gave me wings and I gave them my all.

Half a dozen deployments, countless flight hours—I knew the controls in the cockpit better than I knew my own name. I never made mistakes. But war didn’t care how good you were. One surface-to-air missile and my career was over.

Thinking I’d left dangerous missions and adrenaline rushes in my rearview, I was piloting a seaplane in the Florida Keys when a beat to hell, dark-eyed blonde washed ashore. In nothing but a bikini, she asked me for help. Help I couldn’t give without an assist from Alpha Elite Security. Except AES wanted a favor in return… one that would put me right back in the line of fire. 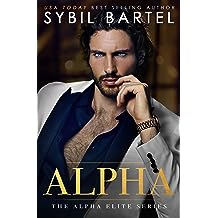 The Teams trained me to be a killer. War taught me to be ruthless. Then an ill-fated mission proved I was human. Combat wounded, cut loose by the Navy, I had a choice. Fade into obscurity or use the skills I had.

Alpha Elite Security was born and three years later, my company was the most sought after security contractor in the world. Five global locations, ten company jets, every one of my employees military trained--we were the best of the best. Overseeing operations, I didn't have time for women, or anything other than growing my company. My success rate unmatched, I'd never lost a client.

Then I got a call, the only call that would get me back in the field. She was missing. The woman I'd left behind seven years ago. Now I had one objective. 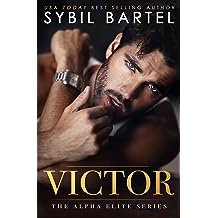 I didn’t join the Marines because I was honorable. There wasn’t one scrupulous thing about me. If I saw an advantage, I took it. But serving my country turned out to be the best decision I ever made. It led me to Alpha Elite Security.

AES was the most sought-after security contractor in the world. Our reputation unmatched, we got the job done—by any means necessary. Which is where I came in. I handled AES’s difficult clients, the ones no one wanted to touch. My success rate flawless, I thought I was invincible.

Then my boss sent me a cryptic text. New client. Sensitive matter. Corporate Espionage. Except he failed to mention the suspected spy was a terrified brunette. And the client? Her husband. Now I had one objective. 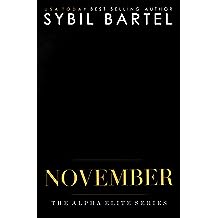 Hacking one of the government’s top agencies was my first mistake. My second was thinking they wouldn’t find me. Nineteen hours later, five armed men kicked down my door.

They gave me a choice—prison or recruitment.

The Air Force took me in and trained me to be the best Cyberspace Operations Officer they’d ever had. Being the gatekeeper for the military’s strategic operations was an honor, but it put a target on my back. I never traveled without security—until I made my third mistake.

Twenty-two hours later, covered in blood and barely able to stand after events I wasn’t at liberty to discuss, I erased my past, changed my identity, and went off the grid. Then I joined Alpha Elite Security. I was invisible… until she saw me. 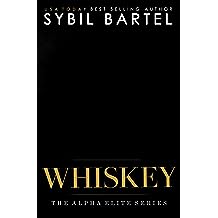 I didn’t join the Teams. I was recruited. They called me the Specialist. They said I had a unique skill set. I knew the truth.

For eight years, the Navy tried to rein me in with their tactics, techniques and procedures.They told me to adapt and overcome. I didn’t adapt. I did my job.

Now I worked for Alpha Elite Security. If you called me the Specialist, I’d eliminate you before you took your next breath. If you recognized me, it was already too late. I lived by my instincts, and used the resources at my disposal. No target was out of my range…until my boss unknowingly handed me the one assignment that was.

The only woman I couldn’t kill. 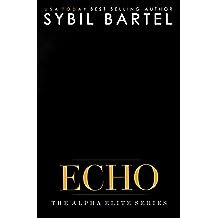 Joining the military wasn’t a choice, it was survival. The Navy was the last place they’d think to look for me. Hiding in plain sight, I lived in the shadow of deployments… until an off-the-books mission put me in the crosshairs of my past.

My cover blown, I walked away from the SEALs and sought refuge at the one place where I’d be more invisible than on the Teams—Alpha Elite Security. As a Black Ops government contractor, AES was the world’s leading provider of security solutions. High stakes, higher price tag, and complete anonymity. I fit right in.

But then I made a mistake. A single misstep and I was face to face with the only woman who could kill me faster than a bullet. 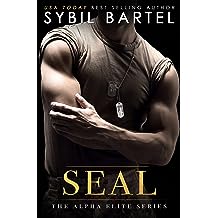 Men are born. Warriors are made. Honor is earned.

I was sixteen years old when I first heard those words from my best friend's father. The Vice Admiral took me in, taught me about integrity, and gave me what I'd never had--a family.

But it wasn't just my best friend and his father who changed my life.

The emerald-eyed blonde with an innocent smile stopped me dead in my tracks. Wanting to be a man worthy of her, I enlisted and became a SEAL. Except not even the Trident I'd earned changed the fact that she was the Vice Admiral's daughter and my best friend's much younger sister. She was strictly off-limits.

Then tragedy struck, and I found myself in the one position I never should've let happen--with my arms around her. Now I had one objective. 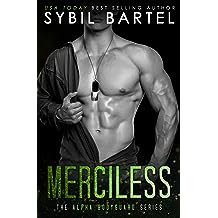 I didn’t care what you called it, the end result was always the same.

You paid me for a job, you got results. The Marines trained me to shoot, but life taught me to aim. Working for the best personal security firm in the business was a stepping stone. Put in my time, build the résumé, then move on. I didn’t do attachments, on any level.

Until a smoking-hot former one-night stand crossed the street in front of me, holding a kid who was my spitting image. She tried to play it off, deny he was mine. She said she didn’t remember me, right before she turned around and ran. She thought she’d made a clean escape.

But she was about to find out how merciless a bodyguard could be.


*MERCILESS is a sexy standalone book in the Alpha Bodyguard Series. 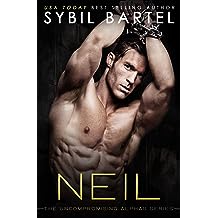 Neil (The Uncompromising Alphas Series Book 2) Aug 22, 2016
by Sybil Bartel
( 604 )
$4.99
By USA Today Bestselling author, Sybil Bartel comes this heart-pounding, Romantic Suspense series of standalone books about Former Special Forces Military Operatives! Come meet the Alpha heroes who served together in combat, but are now fighting to save the women they love!

Former Danish Military Special Forces, built like a legend, and uncompromising in every way—Neil Christensen didn’t walk into my life. The Viking-sized billionaire crashed through it like a hurricane.
The moment he showed up at my strip club and gave me his piercing ice-blue stare as his deep, accented voice whispered across my flesh like sin, my life fell apart.
Now a gun was pointed at my head and ruthless criminals wanted something I didn’t have—something the Viking took from me. Staring at the billionaire I didn’t trust as he stood between me and a bullet, it hit me…
I wasn’t afraid to die, I was terrified of weathering this man’s storm. Because when a Viking decided to unleash his fury, no one would come out unscathed.

Want more of the Alpha heroes in the Uncompromising series? Read the exciting, companion series, the Alpha Bodyguard Series! 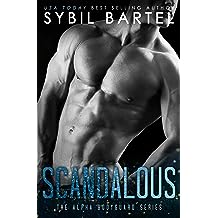 Not what I thought I'd be doing with my life.

Especially not for a spoiled Hollywood actress on location in Miami Beach. But triple pay and carrying a gun had its advantages. I'd shove away paparazzi and screaming fans for a lot less. The Marines trained me to be Force Recon--intimidation and crowd control was child's play compared to four tours. This assignment should've been easy money.

But the doe-eyed starlet with the perfect smile dragged me down her rabbit hole. Living for the spotlight, she leaked the ultimate scandal. I warned her making headlines wasn't in my job description, but she kept smiling for the cameras.

Now she was going to find out just how scandalous a bodyguard could be.


*SCANDALOUS is the first standalone book in the Alpha Bodyguard Series. 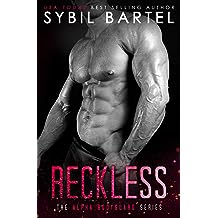 I didn’t come from the wrong side of the tracks. I was the wrong side. Every cliché you could think of, my family embraced. The only advantage I had was being the best-looking out of all my brothers. Except when I joined the Marines, looks didn’t count for shit downrange.

I wasn’t active duty anymore, and working for the best personal security firm in the business, my looks were getting me in more trouble than they were worth. I just didn’t realize how much trouble until a princess from a country I’d never heard of asked for me by name. Her request was simple—me, my gun, and an art opening. But she recklessly failed to mention one crucial part of the assignment… pretend to be her new fiancé.

Now she was about to find out how reckless a bodyguard could be.