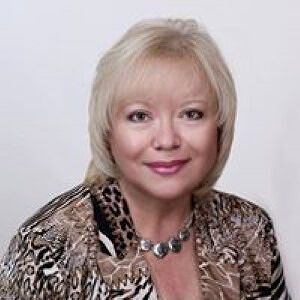 Sylvia Bigit’s latest book, The Friar Cave Mysteries, is an action and adventure filled mystery fiction that takes place on a paradise island off the Dalmatian coast of Croatia. Her first book, Escape From Tyranny: Through a Child’s Eyes, is a memoir of her early childhood living in communist Yugoslavia. She has also written numerous business articles, press releases, Wikipedia pages, technical user software manuals, and other business-related documents. Prior to writing her books, Sylvia held positions such as VP of Operations, Director of IT Services, Business Manager, Systems Analyst, Business Analyst and Corporate Communications Writer.

Sylvia has a passion for world culture and has traveled extensively to many parts of the world both for business and pleasure. She now lives in the sunshine state, Florida. 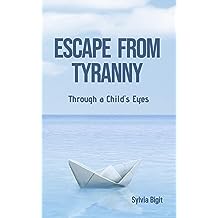 Escape From Tyranny: Through a Child's Eyes Jul 9, 2021
by Sylvia Bigit
( 10 )
$6.95
It was the 1950s, and life in communist Yugoslavia was difficult under the iron fist of Josip Broz Tito. Hordes of people tried to escape the regime's tyranny for a better life in America, but many failed and paid the consequences … some with their life. Escape From Tyranny tells the story of one family’s attempts to flee communism, and how they finally came to the United States legally with the assistance of sponsorships. The story is from the perspective of Slavica, a six-year-old girl. Filled with vivid descriptions of the life and culture on the Dalmatian Island of Pasman off the Croatian coast of the former Yugoslavia, Escape From Tyranny gives a bittersweet glimpse into the past and ultimately highlights the transformation one country can make. 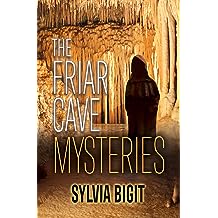 The Friar Cave Mysteries Nov 11, 2021
by Sylvia Bigit
( 3 )
$7.95
Milena and Rosana thought they lived on the most boring island in Croatia, where according to them, ‘nothing exciting ever happened.’ They longed for action and adventure. Then one day, while exploring Friar’s cave, they found it… a dead body that sparked an adventure beyond their imaginations. Who was this man? Why was he murdered? And what was he doing in this remote island cave?

Untrusting of the island police and determined to find the answers themselves, the girls embark on a journey to unravel the mystery, but they are taken hostage by brazen bank robbers and brought to near death. After a daring escape, and unsure why these criminals have such an intense interest in the secluded cave, the girls keep digging. Before they know it, their lives are spinning out of control… and that’s when they make the mother-lode discovery of all time. But this discovery comes with a high price, including four murders, two gun fights, crooked cops, cocaine, vengeful drug lords, and the loss of a trusted friend.

Can the girls put the pieces together in time to solve the mystery and save themselves, and what do they discover in the cave? The Friar Cave Mysteries will take you on a whirlwind adventure on a paradise island off the Dalmatian coast of Croatia where things aren’t always what they seem.
Read more
Other Formats: Paperback